Let's just call it like it is: 2016 was a CRAZY year. So many things happened – both good and bad – that I never expected.

Despite all the craziness, though, 2016 was a pretty epic year for me, travel-wise. I visited 11 new countries, 3 new US states/territories, and had more adventures and memorable moments than I can count.

But, because I love putting together these round-up posts every year, I'm going to try to narrow down my 2016 to just the top 16 travel highlights.

I made my first trip to the Baltics in 2016, spending a week exploring two capital cities in October. Riga, Latvia, was the city in the Baltics I was most excited to visit – and it did not disappoint. Whether it was wandering the narrow streets of the Old Town, admiring art nouveau architecture, or strolling through Riga's Central Market, I loved the three days I spent there. Riga is a city I definitely want to re-visit during the summer months.

15. Horseback riding on a beach in Texas 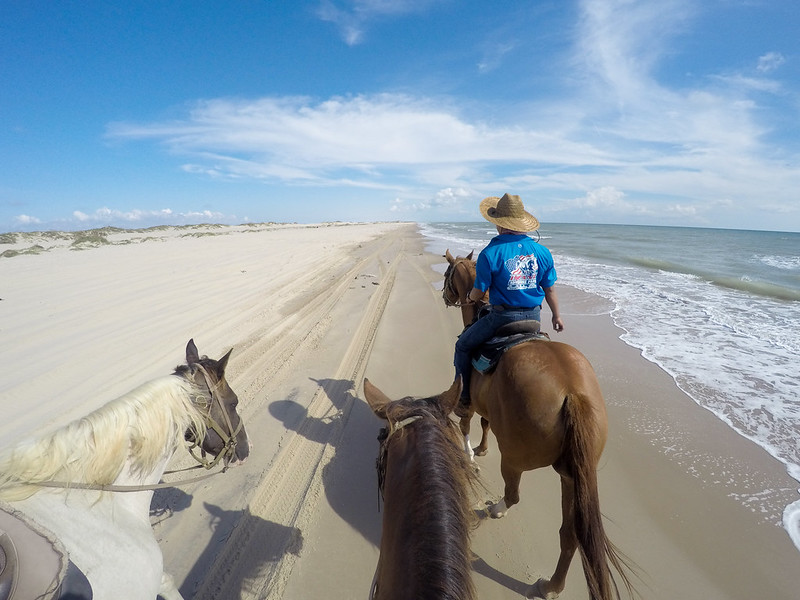 I made two separate trips to Texas this year (thanks, Texas Tourism!), and one of my most memorable moments was definitely the horseback riding tour I did on South Padre Island in August. This island is most well-known as a Spring Break destination, but I was surprised to find so many other awesome things to do there. And a beachy horseback ride? Yes, please!

14. Going on a digital detox trip in Ecuador

As a self-professed internet/social media addict, I'm not usually the type of person to willingly give up my technology. But when Intrepid Travel invited me to preview one of their digital detox tours in Ecuador earlier this year, I thought maybe it would be a fun challenge. The digital detox part was actually much easier than I thought it would be, and exploring Ecuador for a week was a great introduction to South America.

Read more: 5 Things I Wish I Knew Before Going on a Digital Detox

In April, Elliot and I took a trip out to the American Southwest to road trip through national parks in Utah and Arizona. There were so many highlights to this trip (Bryce Canyon, Monument Valley, Horseshoe Bend, etc.), but one that definitely deserves a spot on this list is watching the sun set at Delicate Arch in Arches National Park. The hike out to this iconic arch isn't a particularly easy one, but the payoff was well worth it.

Even though I've traveled to the UK multiple times since my first visit in 2012, this year marked my first visit to Wales! My first trip to Wales was focused on outdoor adventure, and I tried things like gorge hiking and whitewater rafting and even surfing. But my favorite adrenaline-pumping activity in Wales was zip lining over an old rock quarry in the north of the country. Zip World Titan is so cool because 4 people zip down huge lines all at once, making for a really unique experience.

Read more: 7 Epic Adventures to Have in North Wales 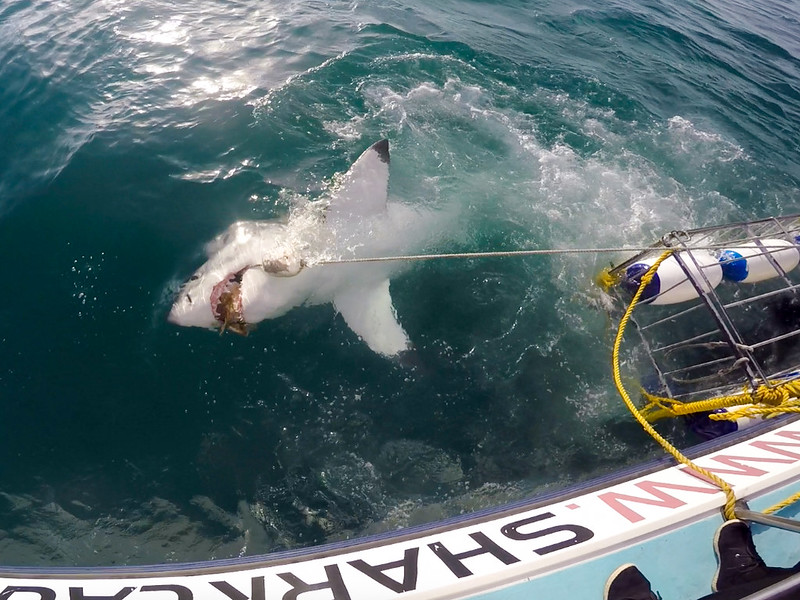 Cage diving with sharks is a somewhat controversial activity when it comes to wildlife encounters. But it's also an activity that's been on my bucket list since before I even *had* a bucket list. So when my dad and I booked a trip to South Africa earlier this year, I knew we had to add on the extension in Gansbaai to see great white sharks. I wanted to see/try cage diving on my own before passing judgment on its ethicalness. And you know what? It was pretty damn cool.

I visited so many new places in 2016, and one of my favorites was Puerto Rico. My most memorable experience in Puerto Rico was definitely taking a catamaran tour out to Culebra Island and the very famous Flamenco Beach. This beach often appears on lists of the “best beached in the world,” and it completely blew away my expectations. It's not only beautiful, but also wasn't overrun with people!

9. Stepping into Red Square in Moscow for the first time

I wasn't expecting to be so moved by my first visit to Moscow. But stepping into the massive Red Square for the very first time gave me that feeling of butterflies in my stomach that a memorable travel experience always does. And seeing the iconic St. Basil's Cathedral up close for the first time? It's definitely something I won't ever forget.

In August, I had the opportunity to travel to Little Corn Island in Nicaragua to check out a luxury island retreat called Yemaya Island Hideaway. The laid-back hotel focuses on wellness, with daily yoga classes and free watersports. I decided it would make for a perfect sisters getaway, and invited my sister to go with me. Even though we spent a lot of time sweating through our clothes in the tropical heat, we had such a great time getting to know both Yemaya and Little Corn Island.

7. Touring the Isle of Lewis and Harris

Scotland is one of my favorite places in the entire world, but there are still plenty of parts of it that I haven't yet explored. So when I found myself back in Scotland this past autumn, I knew I wanted to visit a new part of the country. I signed up for a fun tour with Haggis Adventures and got to explore the Isle of Lewis and Harris for the first time. Complete with ancient stone forts, gorgeous beaches, stone circles, and the most adorable highland cows, this duo of islands is now my new favorite part of Scotland.

I usually go on one “big trip” per year, and in 2016 that trip was one to southern Africa. I spent two weeks in South Africa with my dad, and then spent three weeks traveling overland through Namibia and Botswana with Acacia Africa. There were so many memorable moments from this trip – climbing dunes in Namibia, watching huge herds of zebra in Etosha National Park, seeing tons of elephants in Botswana – that I decided to just put the entire overlanding experience on this list. I wasn't sure how I would take to traveling in a huge truck and camping each night, but it ended up being better than I ever could have imagined.

5. Seeing the Northern Lights in Norway

Ah, Norway. Another country that I don't think I'll ever tire of visiting. My second trip to the country took place in February, when I spent a week in Alta and Tromsø in Northern Norway. I'm not afraid of a good winter trip, and this was one of the best. The main highlight, though, was seeing an incredible Northern Lights show in Tromsø. I don't think I could ever tire of seeing the aurora, no matter how many layers I have to wear to do it.

4. Visiting the Hermitage in St. Petersburg 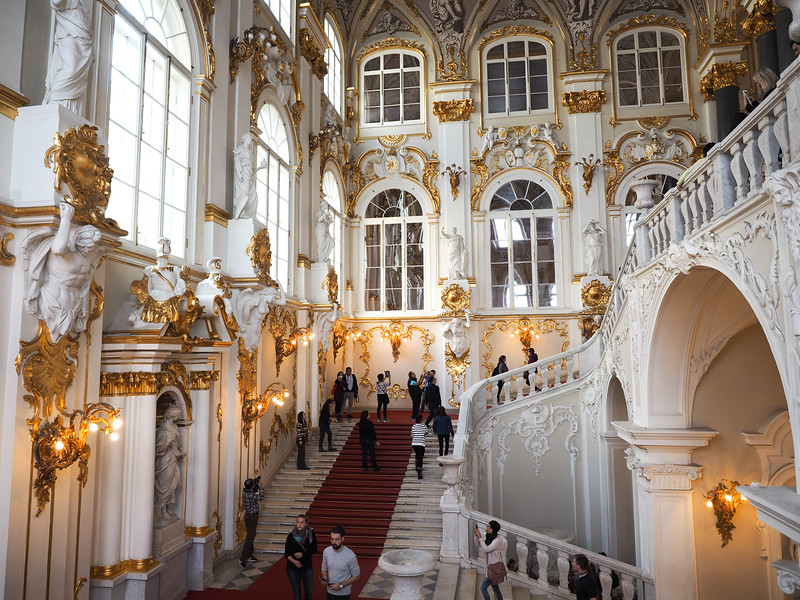 Anyone who knows me will know that I'm not really a “museum person” – and especially so when it comes to art museums. I really wasn't sure, then, how much I would enjoy a 4-hour tour of the Hermitage Museum in St. Petersburg, Russia. But damn. Those four hours were one of the highlights of my entire year! The Hermitage (partially housed in the former Winter Palace of the Russian Tzars) is so much more than just an art museum, and the opulent former palace rooms absolutely blew me away.

Read more: 8 Things That Surprised Me About Russia

3. Eating all the food in New Orleans

Another place I visited for the first time in 2016 was New Orleans. And, even though I'm usually much more interested in things like history and architecture (of which there's more than enough in NOLA), it was the FOOD that wowed me in New Orleans. I'm not a foodie at all, but every meal I had in the city was just incredible and I would go back in a heartbeat just to eat more of the city's delicious food.

Read more: 9 Things to Do in New Orleans That Don't Involve Bourbon Street

On that same road trip where Elliot and I hiked to Delicate Arch for sunset, we also tackled another epic hike: the hike to the top of Angels Landing in Zion National Park. This hike is one of the craziest, most difficult hikes I have ever done – but it was also one of my favorites in all my years of travel. Zion is so gorgeous, and this hike gives you some of the best views of the entire park. I'm so glad we decided to go for this, and that we made it to the top together!

Read more: I Hiked to Angels Landing and Didn't Die!

1. Going on safari in South Africa

And while Angels Landing almost made the top of my 2016 travel list, there was really only one thing that could grab the #1 spot this year: going on my first safari in South Africa. The trip my dad and I did in this dream country was filled with incredible experiences, but game drives at Jock Safari Lodge in Kruger National Park were my favorite. We saw mating lions, leopards, a baby rhino, and even a pack of wild dogs fighting with hyenas. If going on a safari is on your bucket list, make it happen in 2017!

What were YOUR top travel highlights from 2016?