8 Things That Surprised Me About Russia

Home » Russia » 8 Things That Surprised Me About Russia

To be perfectly honest, Russia was never high up on my travel bucket list. It's one of those countries that I assumed I would visit eventually, but that I wasn't actively dreaming about like some other places on my list.

But when I was presented with a chance to go to Russia with Viking River Cruises this past autumn, I decided I really couldn't pass it up. Russia is, after all, a fascinating country with iconic cities, a rich history, and cool UNESCO World Heritage Sites. I figured I would suck up the expensive visa fee and just go for it.

A lot of Americans have certain preconceptions about Russia. We associate the country with communism and the Cold War, and have visions in our heads of ugly Soviet-era buildings and dour locals. Many even assume that Americans are not welcome in Russia.

I admit that I wasn't immune to these stereotypes. I was expecting fairly ugly cities and unfriendly locals. I was slightly worried that I would be given a hard time at immigration. And I wasn't entirely sure that I was even going to *like* Russia. I was definitely intimidated.

But what I found surprised me. 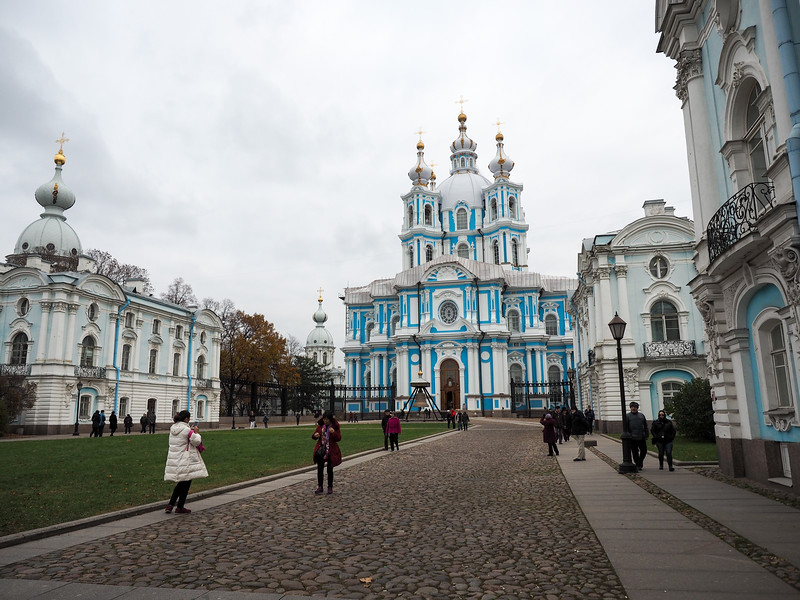 Yes, Russia still has plenty of issues (the gap between the rich and poor, for example, is really staggering at times). And no, I'm not really in love with the country's politics. But I liked the Russia I saw much more than I ever expected to.

Here are a few things that surprised me about visiting Russia for the first time:

It's not all Soviet-era apartment blocks

Even though the standard picture most Americans have in their heads when it comes to Russia is of drab, gray buildings from the Soviet days, the reality in many cities is actually quite different. I mean, sure, you WILL find those Soviet apartment blocks. But you'll also find some incredible architecture the far predates the Bolshevik Revolution. 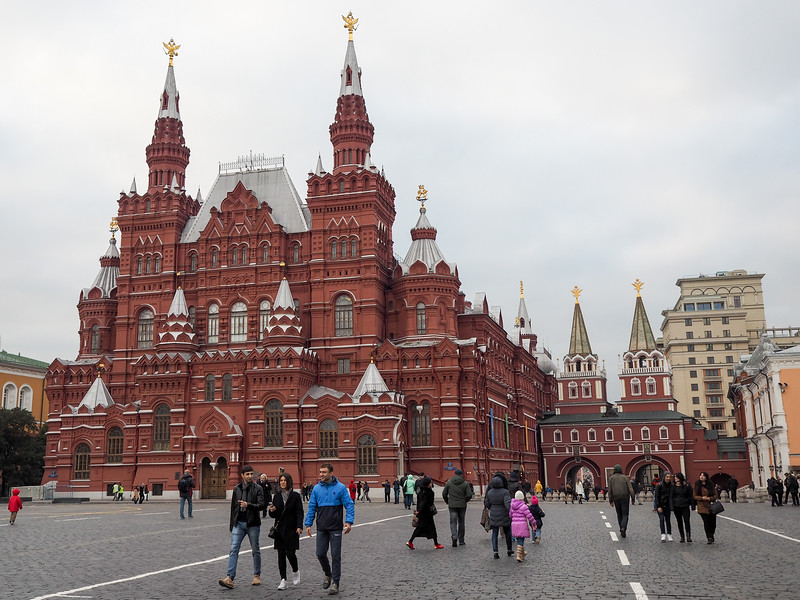 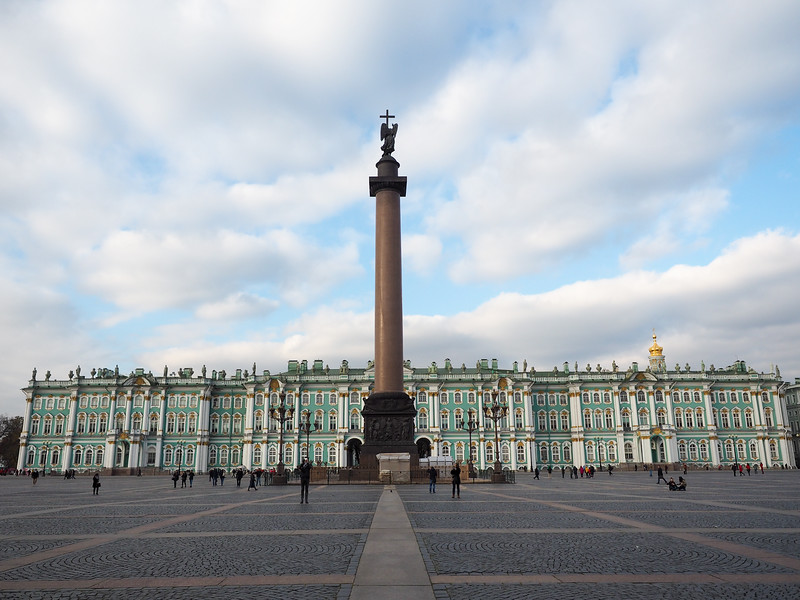 In St. Petersburg, for example, the wide streets and Baroque buildings reminded me of Paris. And the canals there reminded me of Amsterdam (which isn't actually surprising, since Peter the Great studied ship building in the Netherlands as a young man).

Churches are not the first thing I think of when I think of Russia. But let me tell you that they are everywhere in the country. I’m not sure why this was so surprising to me (maybe from the knowledge that religion was banned during the Soviet years?), but I was absolutely blown away by all the beautiful churches, cathedrals, and monasteries that I saw in Russia.

There are the famous ones like St. Basil's in Moscow and the Church of Our Savior on Spilled Blood in St. Petersburg. There are churches that survived the Soviet years, and others that were destroyed and have only been rebuilt in the last two decades. There are even a handful of churches inside the walls of the Kremlin.

I'd never been inside a Russian Orthodox church before this trip, and didn't realize how ornate and beautiful they could be.

The Metro is incredibly affordable

When I visit a new city on my own, I almost always rely on public transportation to get around. And while I didn't need to rely on it much on this trip since I was on a cruise, I still got a taste of the Metro on a couple walking tours.

The Metro in Moscow especially is almost a tourist attraction in and of itself – the stations dating back to the 1930s are breathtaking, resembling underground palaces more than they do your average metro station. With marble walls and floors, bas-reliefs, chandeliers, and even mosaics and stained glass windows, I would recommend taking the Metro even if you don't need to just to see some of these stations.

And the best news? The Metro is incredibly affordable. A single ride in Moscow and St. Petersburg costs between 30 and 35 rubles – which is right around 50 cents USD!

And this is a good thing because…

The traffic is insane

Just as I was blown away by all the churches in Russia, I was also baffled by the insane traffic in both Moscow and St. Petersburg (but especially in Moscow). I've never seen so many cars inching along on 6- or 8-lane highways. It's not just rush “hour” here – more like rush HOURS.

The explosion of car ownership after the fall of the Soviet Union has led to Moscow's traffic being rated the worst in the world. (And it doesn't help that most locals choose not to use all those beautiful Metro stations…)

More English than I expected

I didn't expect to find wide-spread English in Russia, and it's true that people outside the cities speak very little of it. But for those worried about not being able to communicate in bigger cities like Moscow and St. Petersburg, I actually encountered much more English than I expected to – and especially within the tourism industry.

And, to be honest, the Cyrillic alphabet isn't as difficult to learn and decipher as it first seems, either. I would brush up on your Cyrillic and learn a few key Russian phrases before you go, but you don't need to be fluent to visit Moscow or St. Petersburg.

Russians do have a sense of humor

Russians are often depicted as being very severe and angry-looking. And this leads to them being characterized as unfriendly and lacking a sense of humor. But guess what? This is another one of those stereotypes.

Sure, some Russians can be pretty dour. And they won't smile at you on the Metro or on the street. But I actually met quite a few Russians with awesome senses of humor! I even had two separate tour guides tell Putin jokes.

I felt safe the entire time

I wasn't sure what to expect as an American in Russian. Would I be questioned heavily at immigration? Would people be rude to me? Would I feel unsafe?

Well, the short answer is no. I had no trouble at immigration, encountered no anti-American sentiments, and felt very safe the entire time in Russia. There definitely was a security presence at major tourist sites (and I even had to walk through a metal detector to get into the GUM department store), but it actually wasn't much more than what you'd find in bigger cities in the U.S.

The media paints a certain (intimidating) picture of Russia here in America, and I definitely don't think it's an accurate one.

It was easier to get a visa than I thought

Lastly, it was much easier to get a Russian visa than I expected it to be. I was expecting a tricky application, and possibly difficultly getting everything approved. But, in reality, it was pretty simple.

Viking suggests a visa company to all its passengers to make things even easier – but since I wasn't able to part with my passport 30+ days earlier this year because of my travel schedule, I decided to get the visa on my own in person. Viking still provided me with the invitation letter that I needed as an American to visit Russia, and I did the rest. 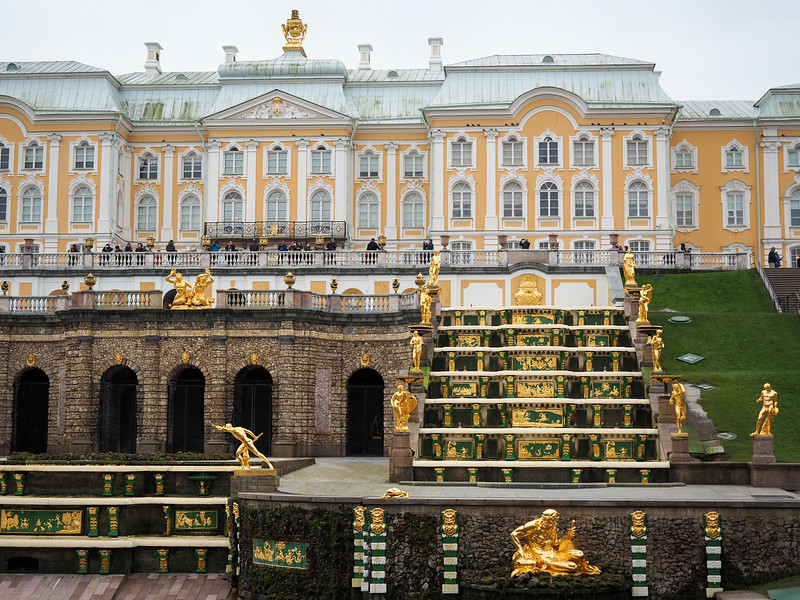 If you want to apply for a Russian visa in-person, you don't do it through an embassy. In the U.S., you go to Invisa Logistic Services (ILS), which acts as the official Russian Visa Center in the U.S. They have a handful of locations around the country, and I decided to get mine in Washington, D.C.

I filled out the visa application (which is a couple pages long), got passport photos taken, and made an appointment at ILS. During my appointment, they looked over my application to make sure I didn't make any mistakes, took my passport and payment, and told me when I could come pick my visa up. That was it!

The application was much simpler than I feared, and the whole process was actually pretty painless. (Except for the price – since I got a 3-day expedited visa, I ended up paying nearly $300… yuck! Regular visa processing starts at $193.)

So, overall, Russia really surprised me – but in a good way. Visiting on a river cruise was a great way to experience the country for the first time, and I'm already plotting when I might be able to go back to St. Petersburg during the summer for the White Nights and to see some of the palaces (like Peterhof) and gardens in their full glory.

I totally understand the people who won't visit Russia because they don't agree with Putin and his politics – but, just like almost every other country in the world, the government in Russia does not always reflect the sentiment of the people who live there.

If you've ever toyed with the idea of traveling to Russia, I would say go for it.

Is Russia on your travel bucket list? If you've been before, what did YOU find surprising?

*Note: I was a guest of Viking River Cruises on this trip to Russia, and received a complimentary cruise. As always, though, all opinions, photos, and observations are 100% my own.

100 Comments on “8 Things That Surprised Me About Russia”