“You HAVE to go to New Orleans!”

I can't tell you how many times I've heard this sentence in the past year during conversations about traveling in the US. And it's fair – I've been to 30 out of 50 states so far. I've been to big, famous cities like New York and Las Vegas and San Francisco and Chicago. I've even cited some southern locales (ahem, Savannah) as some of my favorite places to visit in America.

But, up until a couple weeks ago, there had been a glaring omission: New Orleans. 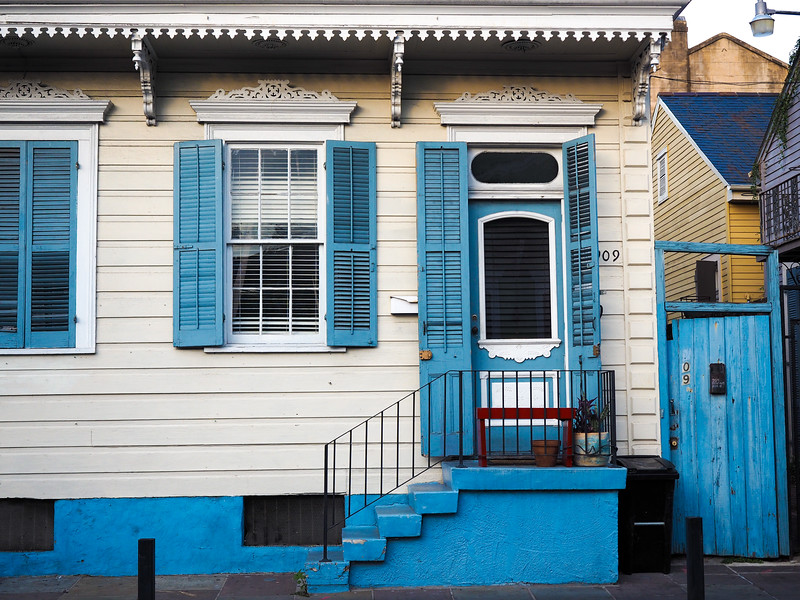 So, when my friend Kasey told me about a conference she was going to in New Orleans and that she was considering heading down a few days early to see the city and celebrate her 30th birthday, I of course selflessly volunteered to go with her.

It ended up being the perfect introductory trip to New Orleans.

Even though we were celebrating a birthday, both Kasey and I prefer to gorge ourselves on food instead of alcohol. And so, while we did spend a bit of time in the French Quarter, we barely set foot on the famous Bourbon Street.

So I figured I would highlight some of the things to do in New Orleans that have nothing to do with beads and beers on Bourbon Street.

1. Get your history on in the French Quarter

New Orleans' French Quarter is the city's most famous neighborhood – and it's also the oldest part of the city. This is where the first French colonists settled in the early 1700s, bringing with them culture and architecture that you can still see there today. Wandering around the French Quarter is a must.

And if you're interested in the history of the quarter, be sure to check out: 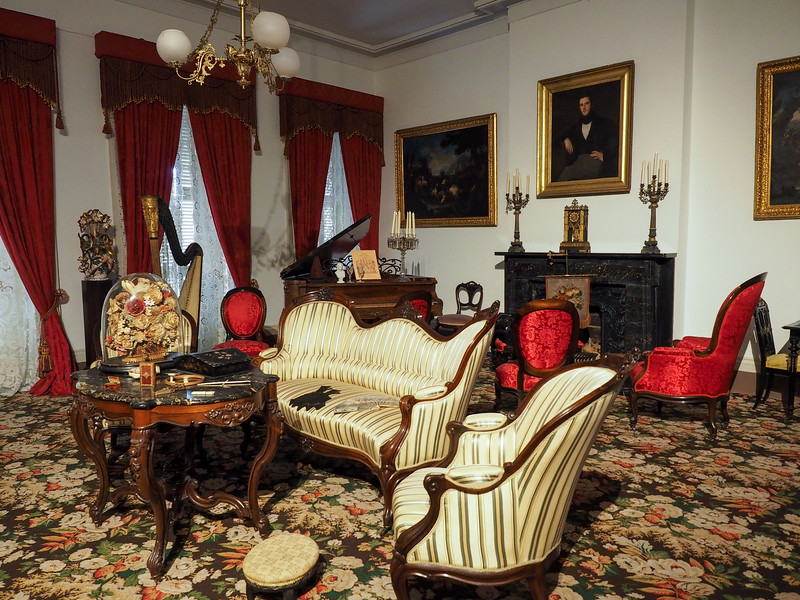 New Orleans is famous for its Mardi Gras celebrations each spring, but visiting during that time of year can be a bit overwhelming. But guess what? You don't *have* to visit near Fat Tuesday in order to experience Mardi Gras in New Orleans!

I wasn't sure what to expect from Mardi Gras World, but it turned out to be one of my favorite things in New Orleans. The warehouse facility near the city's cruise port is where many of the famous Mardi Gras floats are conceptualized and built each year, and it's also where tons of props are stored. 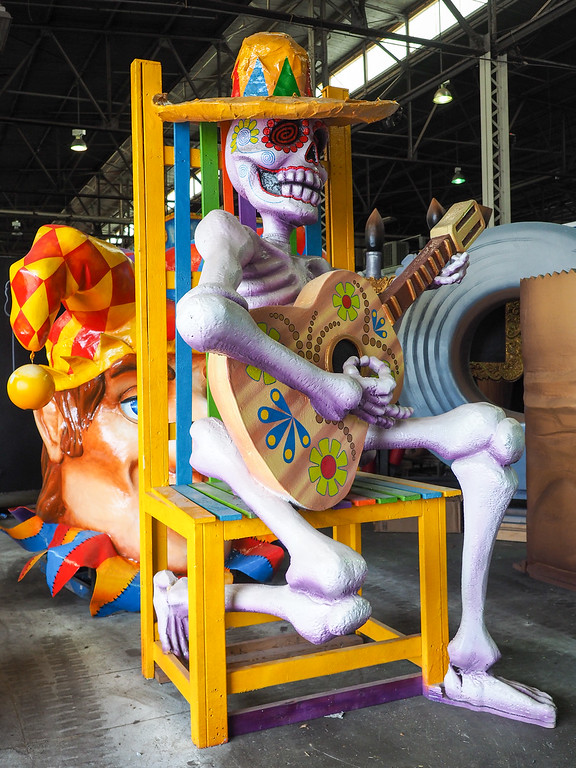 Your ticket (which is roughly $20 per adult) includes a short movie about Mardi Gras, a guided tour of the facility, and then free time to roam around all the floats and props. It's super interesting to learn about the different krewes, how the floats are designed each year, and what riding on a float is really like.

3. Take a stroll in the Garden District

Many people never leave the French Quarter when they visit New Orleans, but I highly recommend seeing some of the city's other neighborhoods, too. My other favorite is probably the Garden District. It actually used to be called the “American District” because it's where all the Americans who came down after the Revolutionary War settled in New Orleans.

The architecture here is so different from what you'll find in the French Quarter, and the tree-lined streets are much quieter.

Kasey and I booked a walking tour of the Garden District with Historic New Orleans Tours, which was a great way to learn the history of the neighborhood and see some of the most famous homes. We also took a stroll along Magazine Street, but unfortunately most of the cute little shops close at 5 p.m.!

If it's true green space you're looking for, New Orleans has some great parks to enjoy. Kasey and I spent a morning at City Park, enjoying all the huge live oaks and wandering through the sculpture garden at the New Orleans Museum of Art, and then spent an afternoon at Audubon Park in the city's Uptown neighborhood.

Both parks have nice walking/biking trails and tons of huge trees. Wandering through Audubon Park especially gave us a feeling of what it might be like to actually live in New Orleans as opposed to just being tourists there.

Maybe it's weird, but I love visiting cemeteries when I travel. And New Orleans has some very famous and fascinating cemeteries. We visited Lafayette Cemetery No. 1 as part of our Garden District walking tour, and learned all about these “Cities of the Dead” in New Orleans.

What makes the cemeteries here unique is the fact that, because of the swampy ground New Orleans was built upon, people need to be buried above-ground – hence why you'll find cemeteries here filled with stone crypts and mausoleums built along “streets.”

When you die in New Orleans, your coffin is put in your family mausoleum for at least one year and one day. After that, the family removes the coffin, places the remains in a bag, and puts them back into the bottom of the mausoleum, making room for more dead. This means that there literally could be dozens – or even hundreds! – of bodies in just one crypt. Talk about efficient (and creepy).

If you have time, definitely try out a cemetery tour in NOLA.

Speaking of creepy… You can't really go to New Orleans without going on a spooky tour of some sort! Since Kasey and I were interested in everything from ghosts to voodoo to vampires, we ended up booking the 5-in-1 Ghost and Mystery Tour of the French Quarter with Haunted History Tours. 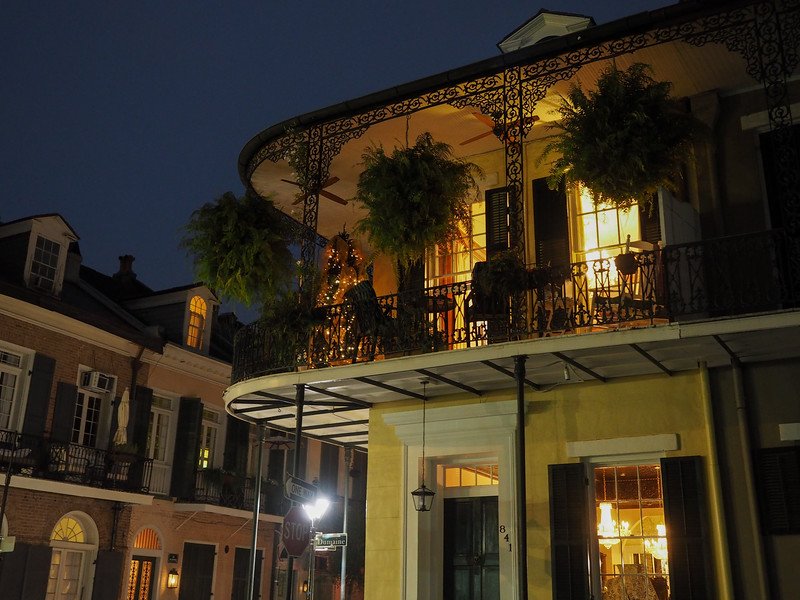 The 2-hour evening walking tour was very well-done – it was the perfect blend of actual history and spooky mystery from New Orleans over the centuries.

If you're looking for a ghostly tour in NOLA, check out some of these options:

7. Listen to some live music

New Orleans is incredibly famous for its jazz music. And while you can find it on Bourbon Street, the best “local” place to go for live music is Frenchmen Street in Faubourg Marigny. Within the space of about 4 blocks, you'll find some of the best live-music venues in the city here.

Perhaps just as famous as its music is New Orleans' food. I don't pretend to be a foodie by any means, but OH. MY. GOD. The food in New Orleans is just incredible. I left Kasey in charge of most of our restaurant choices, but I don't think it would have mattered – everything we had was delicious (and I'm pretty sure I gained like 10 pounds in 4 days).

Here were some of our favorite dishes and drinks:

I wish I could have stayed another week just to eat all the delicious food!

9. Visit a plantation or two

Lastly, if you have an extra day in New Orleans, I highly recommend getting out of the city to see one or two of the nearby former plantations. These plantations (and everything associated with them – including slavery) were such a huge part of southern Louisiana's history.

Since we didn't have a car, Kasey and I booked a day trip to visit two plantations. We visited Laura and Oak Alley plantations, both roughly an hour from downtown New Orleans.

Laura Plantation is a historic Creole Plantation, and I really enjoyed the tour of the house and grounds here. They're doing a lot to restore buildings on the property in order to tell the story of everyone involved in the plantation's story – including the former slaves.

Oak Alley is possibly the most photogenic of the Old River Road plantations because of the avenue of 28 live oaks that lead up to the plantation house. It's more commercialized than Laura (with a restaurant, B&B, and even a bar on the property), but the tour through the house was interesting and they have a decent exhibit on slavery at the plantation in replicas of old slave cabins.

I didn't go to Whitney Plantation, but it's somewhere I would definitely visit next time. Whitney was just recently opened to the public and is the only plantation in Louisiana to focus solely on slavery. (This tour looks like a great one of Whitney.)

There's SO MUCH to do in New Orleans without ever setting foot on Bourbon Street. In fact, with four full days in the city, there was still plenty we didn't see (and even more that we didn't eat!).

Next time, I'd spend more time in the Bywater and Faubourg Marigny neighborhoods. I might take a steamboat ride on the Mississippi. I would probably take another ghost or vampire tour. I would consider a swamp or bayou tour. And I would try to get to Whitney Plantation.

Whatever you do, don't think that there's nothing more to NOLA than partying on Bourbon Street!

When to go to New Orleans

The most popular time to visit NOLA is February-May, when the weather is mild and you have events like Mardi Gras and the annual Jazz Fest happening.

BUT, visiting in mid-November was great, too. We had mostly sunny weather, no humidity, and temperatures near 70 degrees (F) every day. And, with no huge events going on, it never felt like it was too crowded, even in the French Quarter.

Where to stay in New Orleans

Kasey and I rented an awesome shotgun-style home in the hipster Bywater neighborhood, which was great for our budget and for getting a more “local” feel for New Orleans.

But if you want to be closer to the action, I would probably just book something in the French Quarter. For luxury-seekers who still want the historical charm, my pick would be the Bourbon Orleans Hotel. For those looking for something more budget-friendly, check out the Holiday Inn Hotel French Quarter-Chateau Lemoyne.

In the Garden District, I would go boutique: the Henry Howard Hotel and Hotel Indigo would be my picks.

Or, you can compare prices for other New Orleans hotels here.

Getting around New Orleans

You certainly don't need to have a car in New Orleans (and, to be honest, I wouldn't want to try navigating the narrow streets in the French Quarter, which you have to share with pedestrians, horse-drawn carriages, and even Segways!). While our Airbnb host didn't recommend the bus system, we got around using:

Below are some of the better tours you can book in New Orleans:

To be perfectly honest, NOLA is not a super expensive place to visit. Accommodation is reasonable for a larger city, food is extremely affordable, and you can find a lot to do for not a lot of money.

If you want to search for deals, though, check out Living Social for New Orleans-specific deals before you leave home.

What would YOU most want to do in New Orleans? 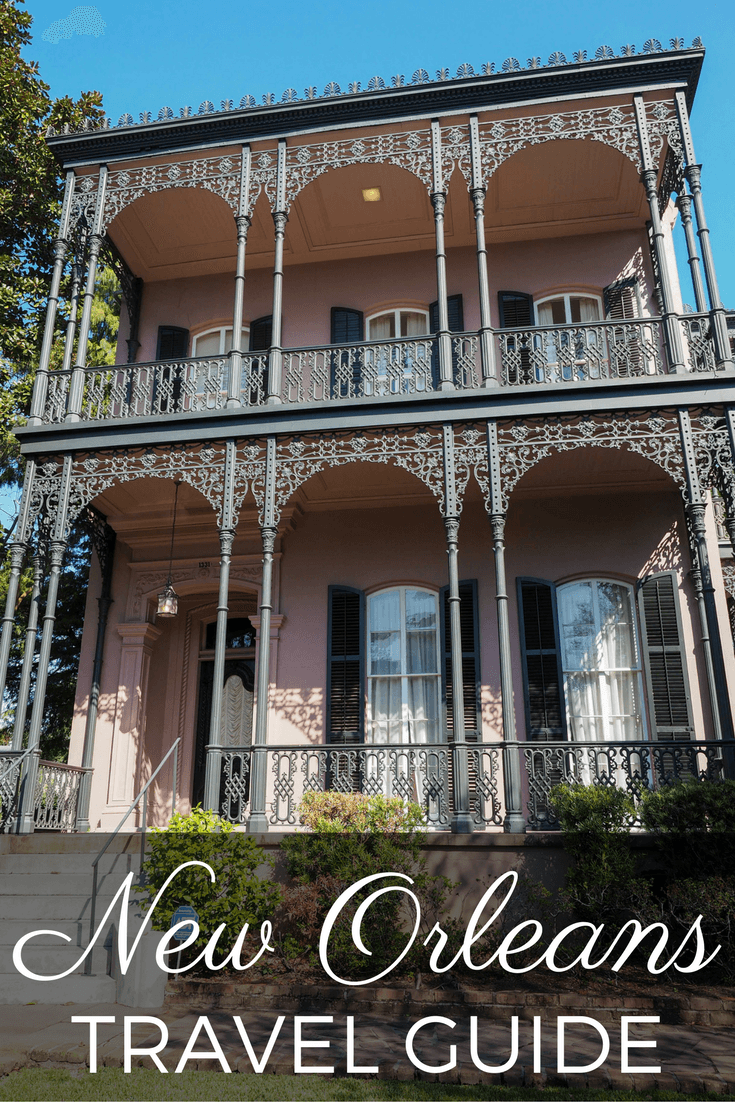