Despite how many times I've been to Europe, there are still countries and regions that I have yet to visit.

And, up until a couple of months ago, one of my biggest oversights was definitely the Baltic region – namely Estonia, Latvia, and Lithuania. I had heard such great things about all these countries: great architecture, great food, super-fast wifi, lots of history. And yet my travels had just never taken me to this northeastern corner of Europe.

But then I found myself with a week of downtime in between a few weeks in the UK and a river cruise in Russia. And which region just happens to lie “on the way” to Russia from the UK? The Baltics, of course! 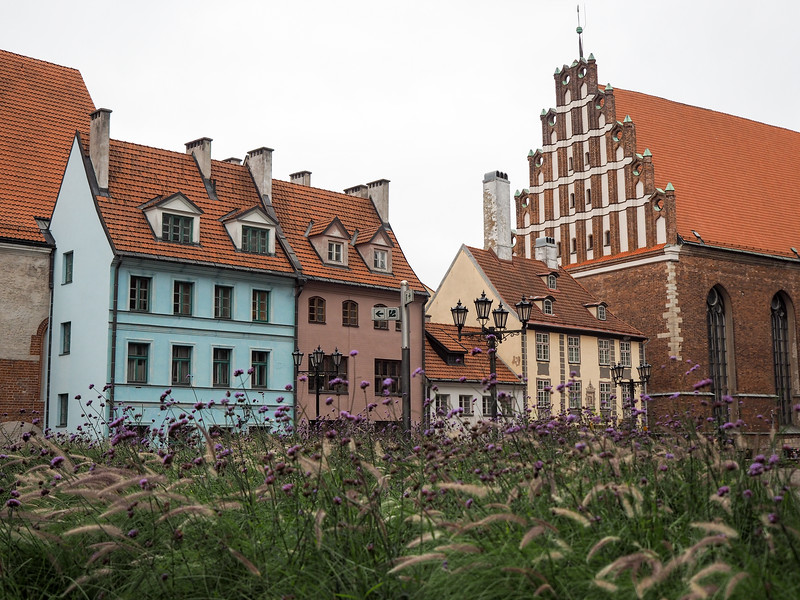 And so it was that I found myself arriving in Riga, Latvia, for the very first time in early October. It was overcast and quite chilly, but the yellow-leafed trees and crisp air made me immediately want to get out and explore.

And explore I did.

I spent three days in Latvia's capital city, spending time both in the UNESCO-recognized Old Town and in the newer (and sometimes Soviet-influenced) parts of the city.

What I found in Riga was a lively, beautiful, and very safe-feeling city that has a unique character all its own. Yes, you can still find Soviet-era buildings here and they now use the Euro, but Latvia has held on to a lot of its own traditions and history, too, from colorful knitted mittens to the old architecture and cobbled streets.

While early October likely isn't the most ideal time to visit this part of the world (little did I know, but it would mark the start of nearly three weeks without any sunshine), I still found myself absolutely charmed by Riga.

No matter what time of year you visit, you can experience Riga's history, architecture, food, and just downright cool vibe.

And here are all the things I definitely don't think you should miss in Riga.

Top things to do in Riga, Latvia

1. Take a walking tour of the Old Town

It's cliche, perhaps, but Riga's Old Town was definitely my favorite part of the city. This part of Riga at the mouth of the Daugava River dates all the way back to 1201 – which means there's plenty of history here!

I did a free 1.5-hour walking tour of the pedestrian-friendly city center (I went with Tours in Riga and had a great guide), where I learned about the city's formation and saw some of the most popular buildings and squares.

You definitely can walk around the center on your own, but doing a guided tour almost always gives you a better insight into what you're actually seeing. 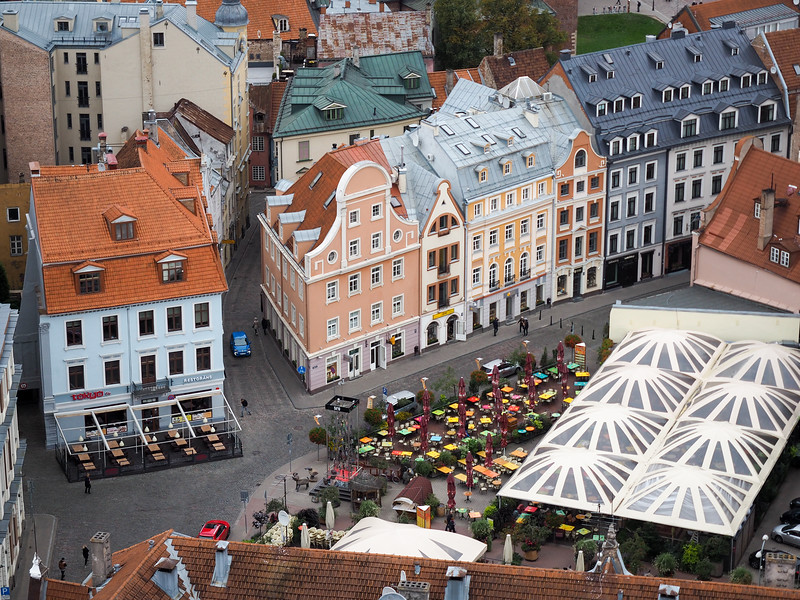 Whenever I'm in a new city, one of my favorite things to do is to find the best overhead view. Not only do I enjoy seeing cities from this unique perspective, but it often helps me understand the lay of the land better, too.

In Riga, my top pick for a birds-eye view would be at the top of the bell tower of St. Peter's Church in the center of the Old Town. It costs less than 10 Euro to go inside the church (which now houses different art exhibits) and up the tower. And from the top you get fantastic views over the Old Town and the river.

Another good spot for a high-up view is the Panorama Observation Deck, located atop the Latvian Academy of Sciences in the old Soviet part of Riga.

The building itself – a symbol of the Soviet era – is worth seeing, and the views from the deck are also good.

The Panorama deck is open every day April-November and costs 5 Euro to go to the top.

In a couple of the above photos, you might notice the rounded structures lined up near the river. These buildings were constructed using the framework of old German zeppelin hangers left over from World War I, and this is where you can find Riga's Central Market today.

This is a great place to wander or grab some affordable eats. I especially enjoyed the produce building because of all the colorful pickled things on display. 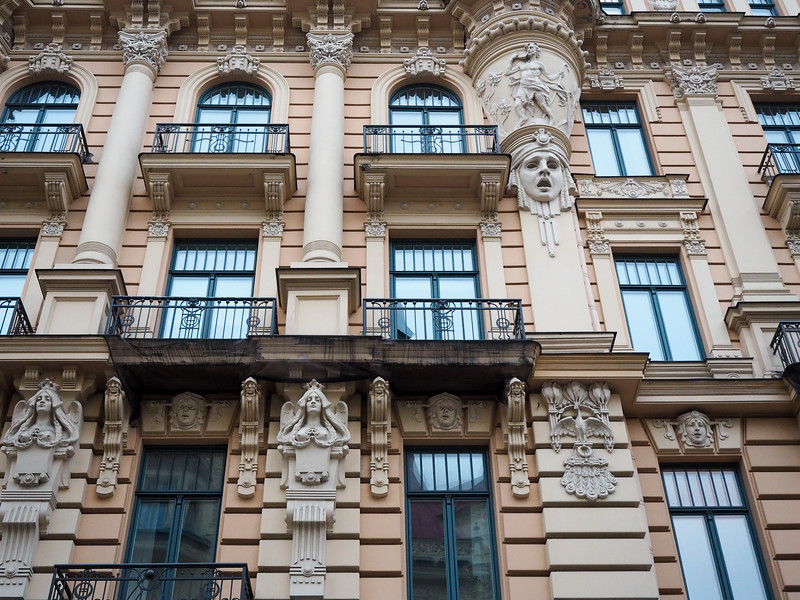 While Riga's Old Town is full of impressive and photogenic medieval buildings, the city is also famous for its art nouveau architecture. In fact, over one third of the buildings in central Riga are of this ornate style, built during an economic boom in the late 19th and early 20th centuries.

The greatest concentration of art nouveau buildings can be found in what is often known as Riga's “quiet center.” Look for these intriguing buildings on streets like Elizabetes, Alberta, Strēlnieku, Vīlandes, and Rūpniecības streets.

5. Learn about Riga's Soviet past 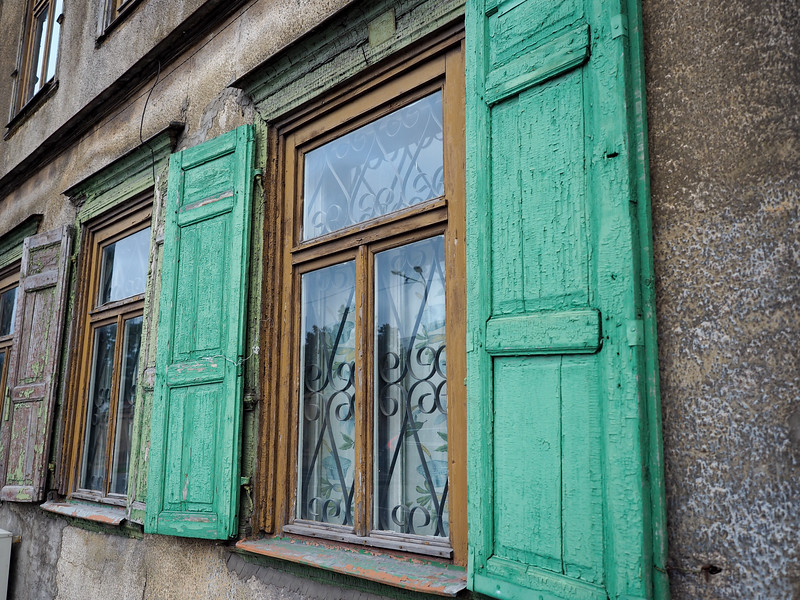 Latvia was under the Soviet “iron curtain” from the mid-1940s all the way up until 1991. If you're interested in this part of Riga's history, Urban Adventures offers a really interesting tour called “Soviet Secrets of Riga.” This tour will walk you through daily life in Soviet Riga, have you visit the Russian corner of the city to see some markets and old Soviet-era buildings, and you'll even grab a drink at an old Soviet-style cafe.

The Soviet Union had a huge impact on Latvia and its people (and is largely why you'll find many people speaking Russian there today), and learning about this chapter of Riga's past is a must for any history nerd.

One thing that I didn't necessarily expect to find in Riga were so many parks. But Riga is actually a very green city, with a number of parks and gardens.

My favorite park was Bastejkalna Park (Bastion Hill) near the Freedom Monument. Not only is it a relaxing green space, but there's also a canal running through it. If you have time, you can take a cruise along the canal in a little flat-bottomed boat.

Other popular parks include Kronvalda Park and Vermanes Park, with the latter being home to the very cool (and cozy) Apsara Tea House.

See it all in one day

Want to see the best of Riga in one half-day? Check out the “Classic and Cool Riga” tour offered by Urban Adventures. This tour includes the Old Town, the Art Nouveau district, and a stop at the Central Market. If I only had one day to dedicate to exploring Riga, this is the tour I would book!

How to get to Riga: I found a flight from London to Riga on Wizz Air for an awesome price using Skyscanner, which directed me straight to the airline's site to make my booking (I always use Skyscanner for flight searches in Europe!).

Where to stay in Riga: I also used Skyscanner to search for a hotel in Riga, and ended up booking a room at Hotel Justus, which is conveniently located just around the corner from the House of the Blackheads. The great news about accommodation in Riga is that it's all super affordable – I paid about $200 for 3 nights in Riga. (Read TripAdvisor reviews | Book a room here)

Some other hotels to check out in Riga include:

Or you can compare other Riga hotel prices here.

What to pack: Looking for packing suggestions for Latvia? Head over to my Amazon shop to see all my favorite travel gear! You can also pick up a Baltics travel guide before you go.

Have you ever been to Riga? If not, is it a place you'd like to visit? 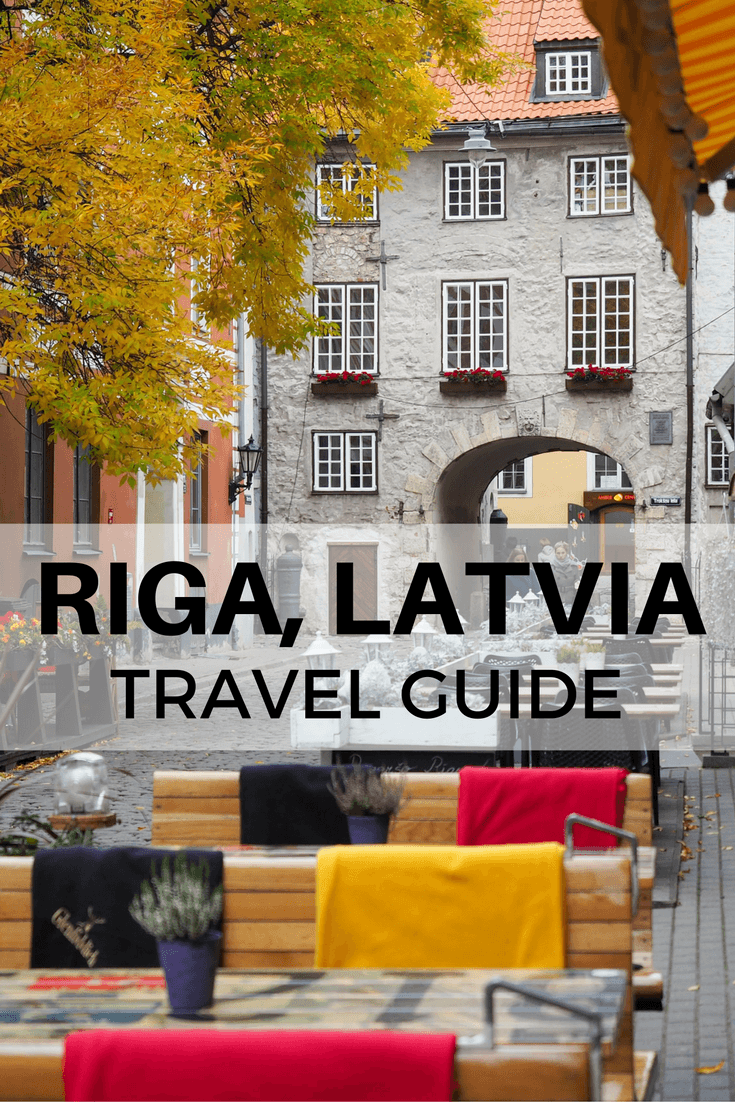 *Note: My trip to Riga was partially sponsored by Skyscanner, and I also joined a free tour with Urban Adventures while I was there. But, as always, all opinions and recommendations are 100% my own.

38 Comments on “Why You Really Shouldn’t Skip Riga, Latvia”