Spooky Travel Tales From Around the World

Home » Travel Writing » Spooky Travel Tales From Around the World

What better way to celebrate Halloween than with some spooky tales from around the world?

There are plenty of places purported to be “haunted” in all corners of the globe, whether because of violent history, or just thanks to pure superstition. In honor of Halloween, I asked some fellow travelers about some of the creepiest, spookiest places they've ever visited.

So if you're looking for somewhere goosebump-inducing to visit this week, here are some suggestions: In the small town of Villisca, Iowa, there is a small two story house that was the site of eight brutal murders in 1912 that were never solved. Since then there have been reports of voices, moving objects, and occasional screams. My family visited this house and it is a little creepy. My daughter and I sat in the closet that a lot of reports come from and I sat in the attic where the murderer is believed to have hid, waiting for the family to go to sleep. There is quite a story about the tragedy and the supernatural aspects of this house.

– Submitted by Nathan of Visiting Wanderer Looming city walls that have withstood hundreds of years of war, bats on stilts ‘flying’ above the crowd, and to top it off, five days of Halloween festivities. Welcome to Derry/Londonderry, which is said to be the home of Halloween.

Each year Derry, as the locals fondly know it, hosts the biggest Halloween festival in the world – the Banks of the Foyle Halloween Carnival. Derry was the site of many brutal battles throughout The Troubles, as it stands only 4 miles from the Northern Ireland/Ireland border. It is this backdrop that gives the city such a creepy feel that is even more present around Halloween.

The cobbled stone streets take you back to another time, bullet holes in the walls remind you of the battles of yesteryear, and the buildings — many still retaining their original features — leave you wondering if you are in the present day or back in the early 1900s. Walking through the Bogside, with the abandoned pub and the murals covering whole sides of homes depicting the Battle of the Bogside, left me spooked — something defiantly better suited to the daytime.

So enjoy the main festivities, held either along the banks of the river or in front of the Guild Hall (town hall). But when leaving the city walls, be prepared for a very spooky night!

– Submitted by Nicole of Bitten by the Travel Bug The memorial sites for the nuclear explosions at Hiroshima and Nagasaki, Japan, are not your typical “haunted destinations,” but they are most certainly spooky and unsettling. While the sites have been transformed into beautiful parks dedicated to peace, the history of the sites remain. In Hiroshima, there is nothing more unsettling than walking through the beautiful park only to come across the desolate A-Bomb Dome, one of the few structures that withstood the blast. Nagasaki has a simpler memorial situated at ground zero to mark somber the location. The entire experience turns even more unsettling when exploring the two museums that show the horrors of war and just what kind of disasters man kind is capable of.

– Submitted by Jeremy of Living the Dream RTW

Towards the end of 2010, I was away on a corporate retreat on Stradbroke Island (Queensland, Australia). We were staying in 3 bedroom apartments at a popular resort, with one staff member per room. There was a master bedroom with ensuite that looked onto the lounge room and main balcony, a middle bedroom (that I was in), and a back bedroom with a small balcony.

During one of the nights there, my colleague in the master bedroom had a vivid ‘dream'. There was a woman, dressed like a cleaner, walking around the apartment. This woman was spraying the apartment and generally cleaning up. She spent a little while in the main living area, then walked towards the back bedroom and disappeared. The creepy part is that when we all went to bed, the blinds on the master bedroom were closed for privacy, and when the person in that room woke up in the morning, they were open, and there was a sweet scent around…

This event was retold over a meal later that day, and someone else had a similar story from their apartment — one person woke up with a feeling that someone was in their apartment, but they were unable to move. They felt very unsafe.

Nothing else happened in the days we were there. But these two events happened on the same night, and had a similar pattern — a presence in the main area, moving into a bedroom. I was lucky that there were no bad feelings about who or whatever was in my apartment, but there was definitely a negative feeling about the other apartment. I don't necessarily believe in ghosts, but I'm not closed minded enough to rule them out.

– Submitted by Vanessa of Suitcase Scribbles

Punting down the River Cam, England Punts have been pushed along the River Cam for centuries. This night there were 7 other ghost groupies / partiers and me anxious to see what the colleges had in store as we floated past. We learned of phantoms and ghosts that included pilots and monkeys, a womanizer and a shamed politician, a remorseful lover who murdered the only doctor who could save his girlfriend’s life and another lover who suffocated while hiding in a kitchen cupboard. And, of course, there is the story of the floating head of Cromwell.

It's not really scary, but there were lots of ghosts on the Cambridge Halloween punt tour.

The fog was natural.

– Submitted by Janice of Solo Traveler 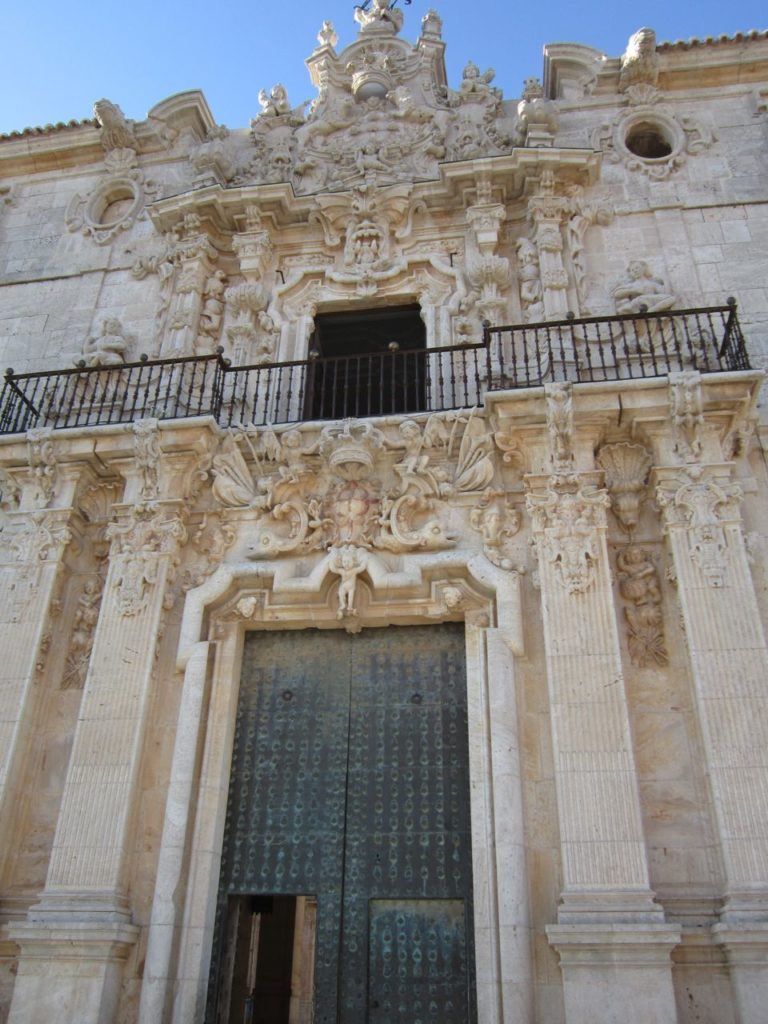 The monastery in Uclés, Spain is old. The first parts were built in the 11th century, and the part I stayed in while teaching at an English summer camp was built in the 16th century. When something is that old, you know there's gotta be some stories.

The monastery in and of itself is pretty creepy. It's really big, and there are catacombs underneath where they used to keep the bodies of the priests. At night, there're no lights, so you have to carry a flashlight around. There's also a huge painting of a battle in the entryway, and the rumor is that if you stare at it for too long, the souls of the people that died in battle will haunt you.

This year, the boy's dorm was next to a bathroom where a priest was found dead under suspicious circumstances in the 1980s. People have claimed to see him hanging around the monastery from time to time.

One night, in the girl's dorm, I woke up to one of my co-workers screaming bloody murder. The next morning, I asked her what she was screaming about. She said that she was startled because she saw a little girl standing next to another teacher's bed, just staring at her. We found out later that day that the year before, one of the kitchen staff had quit her job because she saw the ghost of a little girl walk into that same dormitory.

We knew that Franco used the monastery as a base during the Spanish Civil War. A few years ago, they found a mass grave on the monastery property. One of the Spanish camp counselors told us a little boy had claimed to talk to a soldier one night while everyone else was sleeping, and the kid rattled off dates that corresponded with the dates of the Civil War.

With all these stories plus a lack of sleep, your imagination can certainly run wild!

Still looking for some more creepy travel spots? Check out these posts:

What sorts of creepy places have YOU visited on your travels? Share your stories in the comments below!

12 Comments on “Spooky Travel Tales From Around the World”