A Church of Bones

To stand outside the Sedlec Ossuary in the Czech town of Kutna Hora, it doesn't look all that extraordinary. It's just a little Gothic-style church and cemetery. But the church and burial ground in Sedlec has always been a bit special.

The legend goes that, in 1278, the local abbot of the Sedlec monastery was sent by the Czech king to Jerusalem. There, he scooped up a handful of soil from Golgatha (the place where Jesus was crucified) and brought it back, scattering it over the Sedlec Cemetery.

Because the cemetery was blessed with soil from the Holy Land, it became a desirable place to be buried in Europe. 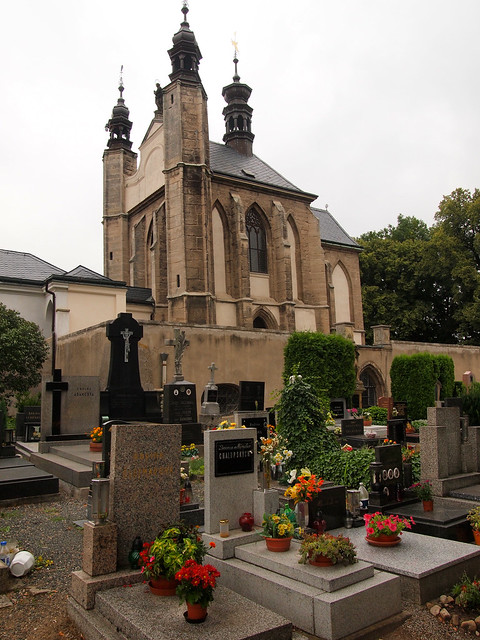 Today, though, Sedlec is special for another reason. Inside, the Ossuary is decorated with the bones of 30,000-40,000 people. 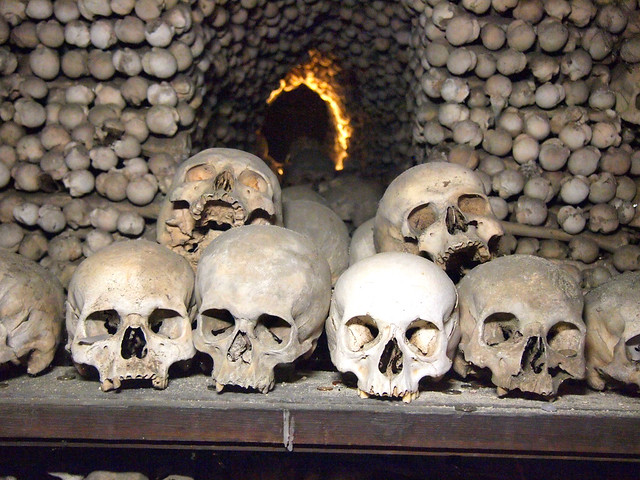 The history of this Roman Catholic church and its cemetery is actually quite fascinating. The original cemetery dates back to the 1100s, and the Gothic church was erected in the late 14th century (and reconstructed in the 18th century). The cemetery, as I mentioned above, was a popular burial spot from the late 1200s onward. It was also greatly expanded during the Black Plague era, when many people in Europe lost their lives.

By the time the Hussites (Czech Christians) captured Kutna Hora and attacked/burned Sedlec's church and monastery in 1421, tens of thousands of people were buried there. At least 10,000 more would find their final resting places there during the Hussite wars. 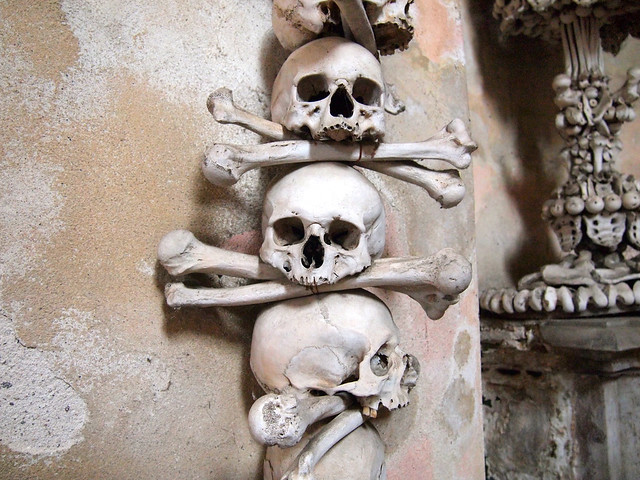 By the end of the 15th century, bones began being moved from the cemetery into the ossuary of the church. There is a legend that a half-blind monk began carefully arranging the bones into pyramids — they say he got his sight back after his work was done. 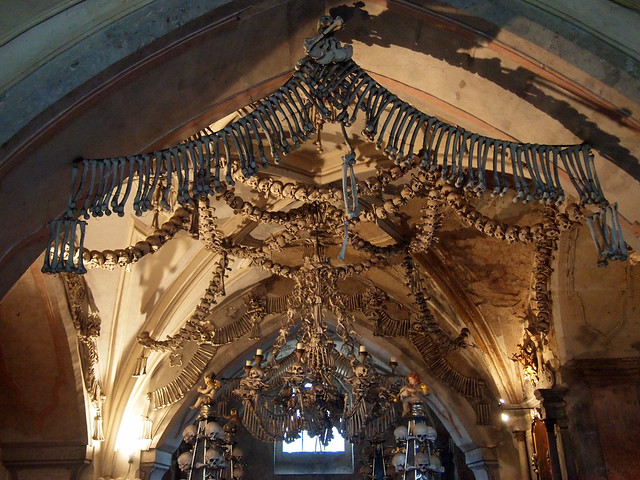 Historians know for sure that the bones were definitely decoratively arranged in the ossuary by the 16th century (perhaps by that half-blind monk), and they were re-arranged again in the 1660s when the church underwent renovations. 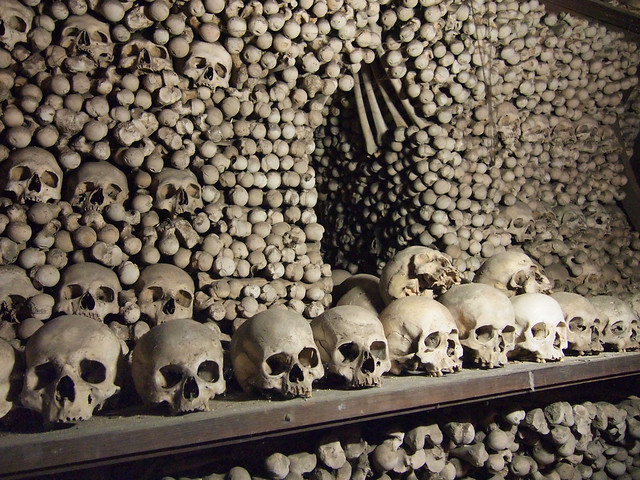 The original Sedlec monastery was abolished in 1783, but the abbey was purchased by the Schwartzenberg family of Orik, and the Ossuary was maintained by them.

The Baroque bone decoration was then expanded by Czech woodcarver Frantisek Rink in 1870. He disinfected and bleached all the bones, and added his own touches — including the chandelier and a Schwatzenberg coat of arms.

The “Bone Church” is located about an hour from Prague by train, and I knew I wanted to visit it long before I ever added Prague to my Europe itinerary. Call me morbid, but I'm fascinated by things like this.

The church itself is small, and it IS kind of a long trip to make from Prague just to see a church decorated with human bones.

But, for me, it was worth it to see something so unique. 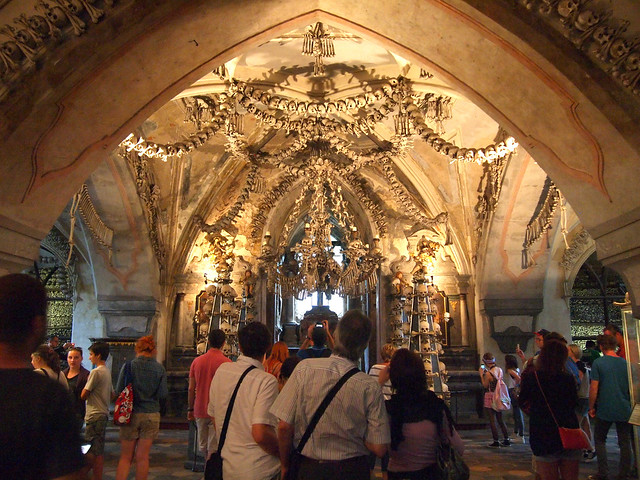 Today, the Sedlec Ossuary is said to be one of the most-visited places in the Czech Republic. I myself convinced 9 other people to make the train journey with me, and there were people coming and going from the church the whole time we were there.

Is this macabre? Perhaps. But, just like at Merry Cemetery in Romania last year, the church in Kutna Hora chooses to focuses on a more positive message. “It is not a celebration of death,” the church says, “but it symbolizes the equality of people before the throne of God.” 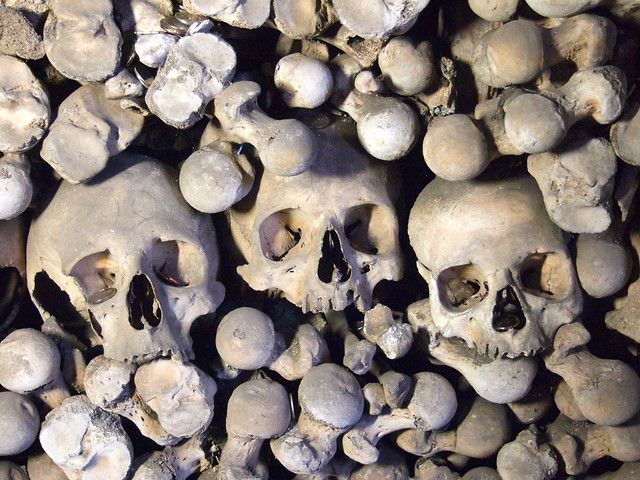 Whatever the message, the Bone Church was pretty darn interesting to visit.

Getting there: You can get to Kutna Hora via a direct train from Prague's main train station that takes roughly 1 hour (there are slower trains, too, which take about double the time). You want to get a ticket for Kutna Hora hl.n — not actually the main train station in Kutna Hora. The hl.n stop is a 10-minute walk from the Bone Church (and there are signs that will point the way for you from the station). If you are traveling in a group, buy one ticket for all of you and you will save money (10 of us went together and our total ticket price was about 1200 Czech Koruna — just over $6 USD per person for a round-trip fare). If it's just you, expect to pay perhaps 80-100 CZK each way. You do not need to book tickets ahead of time, though it would be worth it to check out the train schedule to decide when you want to leave Prague. Trains leave Kutna Hora to return to Prague on the hour.

You can also catch a bus, but since I took the train I won't pretend to know anything about the bus option.

Cost: Entry into the Sedlec Ossuary is 90 CZK ($4.50 USD) for adults and 60 CZK ($3 USD) for children. You can get a combined ticket for the Ossuary and some other churches/attractions in the area if you want to make a whole day out of it.

In Kutna Hora: Near the Bone Church there's not a whole lot. But you WILL find a cafe and a couple of bars, so it's totally possible to pass any extra time you have near the church. You could also catch a bus into Kutna Hora town, where there's more to do. 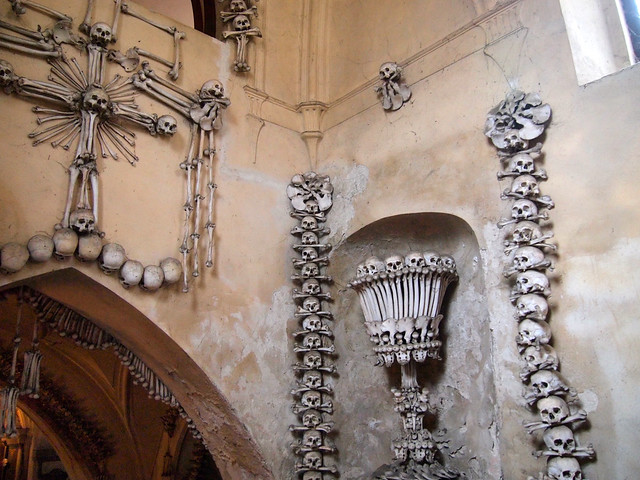 Is the Bone Church somewhere you'd want to visit on YOUR travels? 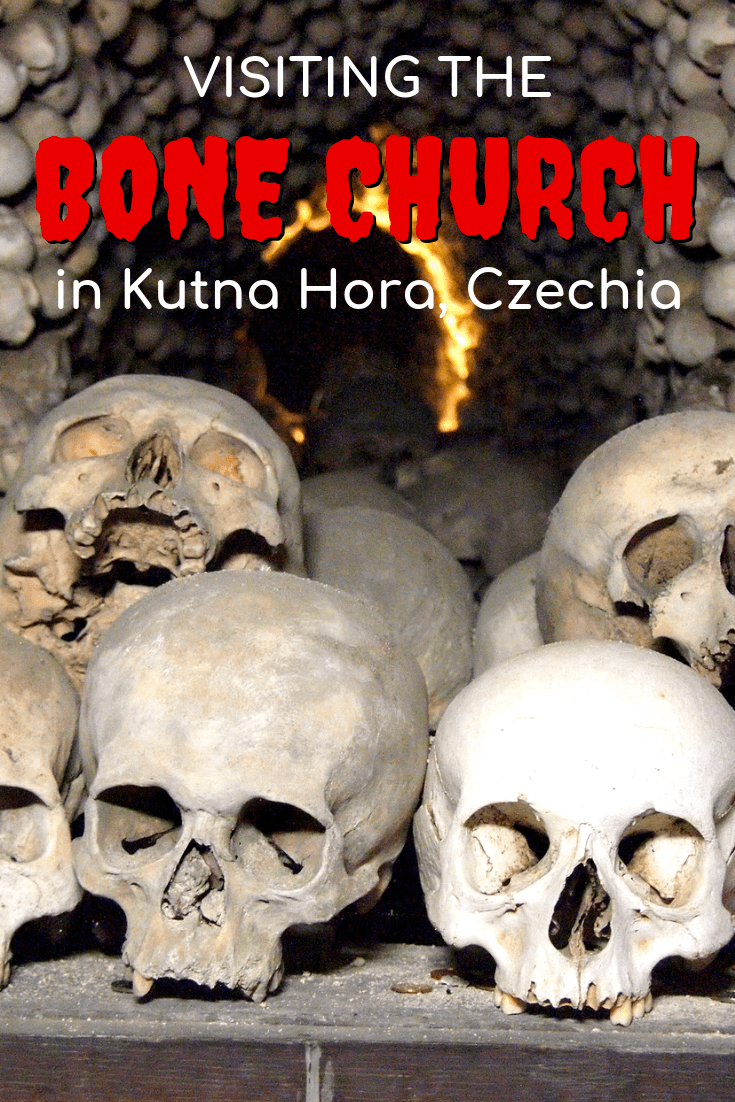 32 Comments on “A Church of Bones”