Holy crap, I've been traveling for a whole month already! There were times when it felt like it was going by very slowly. But now, looking back, I have no clue where the whole month went!

Since I'll be traveling for at least a few months on this trip, I've decided to do a little run-down after each one, telling you about some of the highlights and lowlights, as well as any other fun tidbits I can find to throw in. 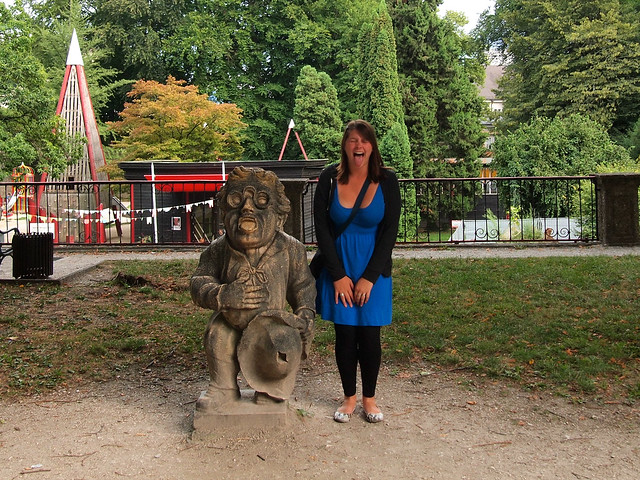 Sometimes you just can't explain why you love something as much as you do. And this is exactly how I feel about Berlin. As soon as I stepped off the bus near Alexanderplatz, I could just tell that Berlin and I were going to get along. The city has a vibe about it that I immediately connected with, and I loved my 5 days there. 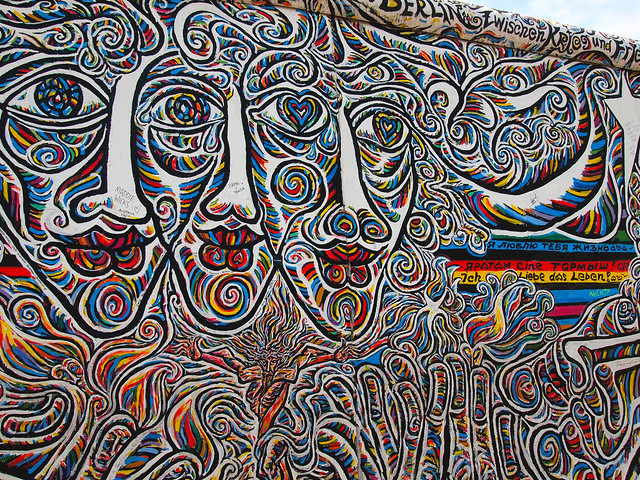 I've already written about beautiful Bruges, but Cesky Krumlov in the Czech Republic similarly charmed my socks off. I think it's because both of these towns were small enough to explore on foot, yet large enough to offer up some really cool things to do (like canal boat rides in Bruges and river rafting in Cesky Krumlov). I also spent time with some great Busabout buddies in both of these stops, which definitely helped me make awesome memories. 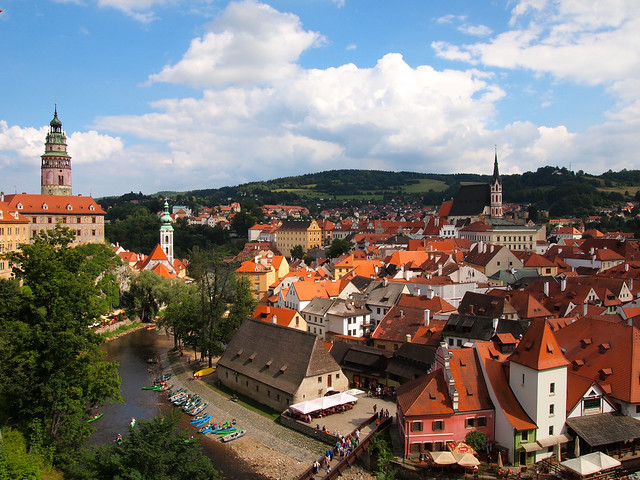 As mentioned above, you can go rafting on the Vltava River in Cesky Krumlov. I spent about 6 hours on the river (and at various riverside pubs) on a sunny Sunday afternoon. And it was perfect. 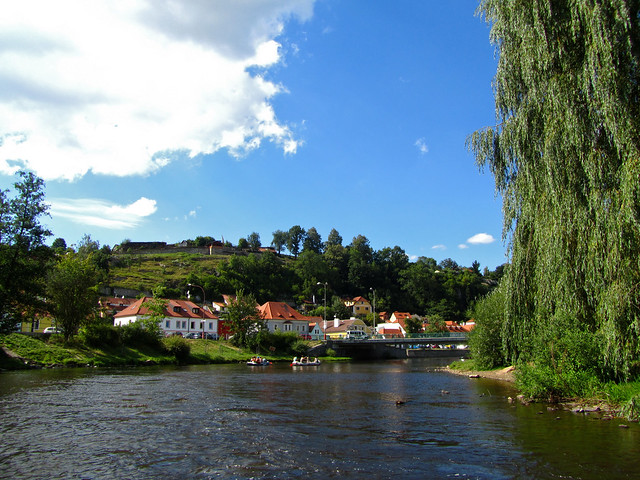 About an hour's train ride outside of Prague lies the town of Kutna Hora. And in that town is “the Bone Church.” Technically called the Sedlec Ossuary, this church is decorated on the inside with the bones of about 40,000 people. Creepy, but oh so cool. 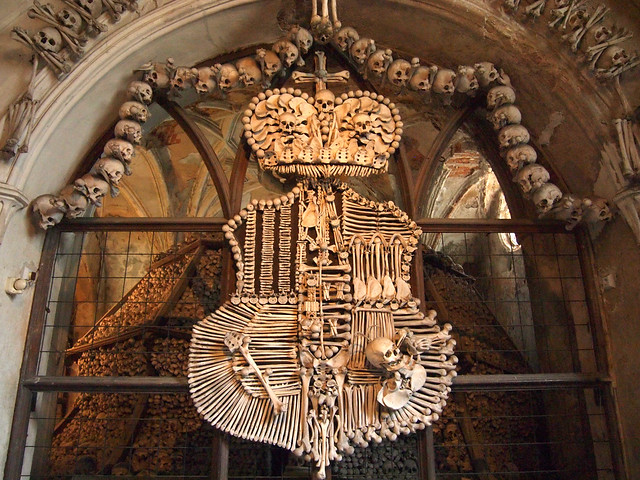 I did a few different tours in Berlin, but my favorite by far was a Third Reich tour with Insider Tour Berlin. The material was definitely heavy at times, but I learned SO MUCH about Berlin, Hitler, and Germany in the years leading up to, during, and after WWII. As a history nerd with a huge interest in WWII, I ate it all up. 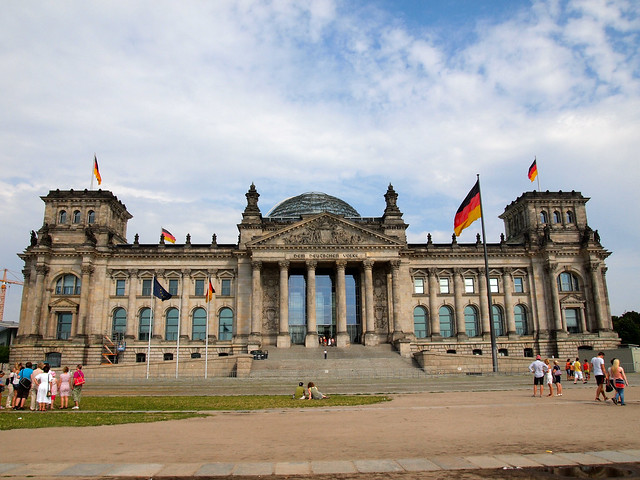 When I was a little girl, my favorite movies were “The Wizard of Oz” and “The Sound of Music” — with a little “Mary Poppins” thrown in, too, for good measure. Because of how many times I've seen “The Sound of Music” (my poor grandpa; there were a few years where I made him watch it with me at least once a week), visiting Salzburg has always been high on my bucket list. This little Austrian town was probably one of my most-anticipated stops for that reason — and it did not disappoint. 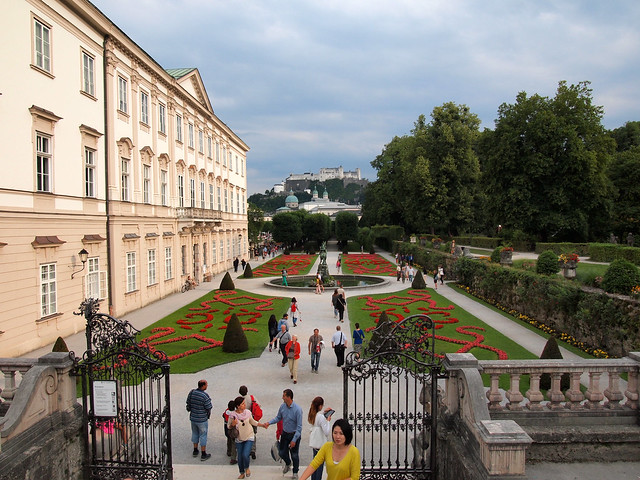 For whatever reason (and I have a few theories, which I'll share in a later post), I just did not click with Amsterdam. I tried really hard to love this beautiful city, but I left feeling rather ambivalent about it. I'm glad I saw it, but I'm not sure I'd ever bother to return to Amsterdam. 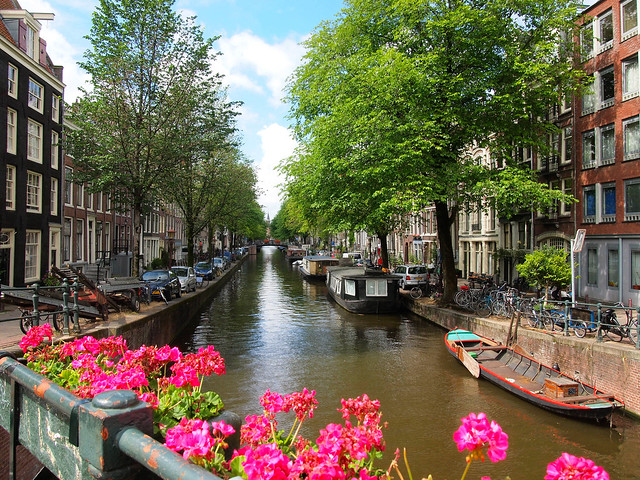 I touched on this in my August newsletter (if you aren't signed up yet, do it now!), but my biggest challenge so far has been finding my travel groove and adjusting to being on my own again. I haven't really traveled solo since last summer — all of my trips since then have been in a group or with one other person. Adjusting back to traveling solo has been tough for me. While I enjoyed my time in London and Paris, I struggled during my downtime to enjoy myself. Using Busabout for transport this month has been great, though, because I've been able to meet some fantastic people and finally get back into my travel groove.

Most expensive city: Tie between London, Paris, and Amsterdam

Cheapest city: Prague and Cesky Krumlov (mostly because they aren't on the Euro)

Trains: 3 (Eurostar to Paris, and roundtrip from Prague to the Bone Church)

Buses: MANY — it's my main form of transportation this summer, thanks to Busabout

Money spent: Roughly $1200 USD (I haven't been keeping track as well as I should, and a lot of my accommodation and transportation costs have been covered, making this number actually quite low for a month in Europe.)

Splurges: 3 (A ticket to see Spamalot in London, a private room in Vienna, and a “Sound of Music” tour in Salzburg)

New things purchased: 2 (a scarf and a non-Apple European adapter, because I forgot mine at home) 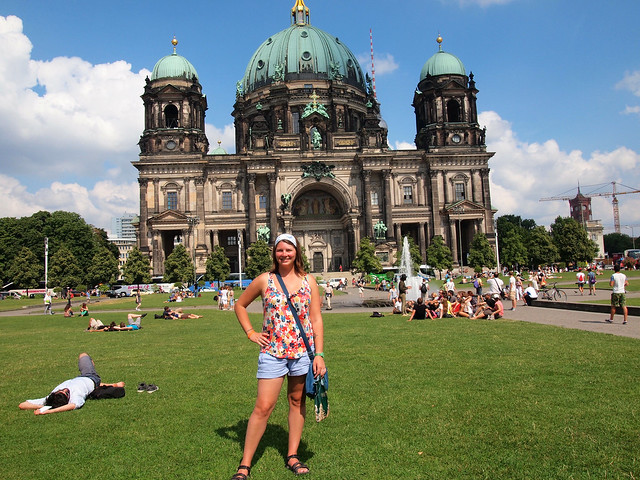 Month 2 will have me mainly exploring 2 countries: Italy and Greece.

In Italy, I will be visiting Venice, Rome, Florence, and the Cinque Terre before ending my Busabout trip in Nice. From Nice, I'll fly to Athens for 2 weeks in the Greek Islands with Intrepid Travel.

I cant wait for Month Two!

I am sadly at least 2 weeks behind on the blog — meaning I have a TON to catch up on! Me falling behind has been due to a few things: bad/slow Internet at some hostels, me catching a cold that's going around, and the fact that I'm trying to get as much out of every destination as possible! I haven't quite struck the right work/travel balance yet, but I'm working on it.

In case YOU are a bit behind, too, here are some of the highlights I've written about so far:

And I think that's Month One wrapped up! 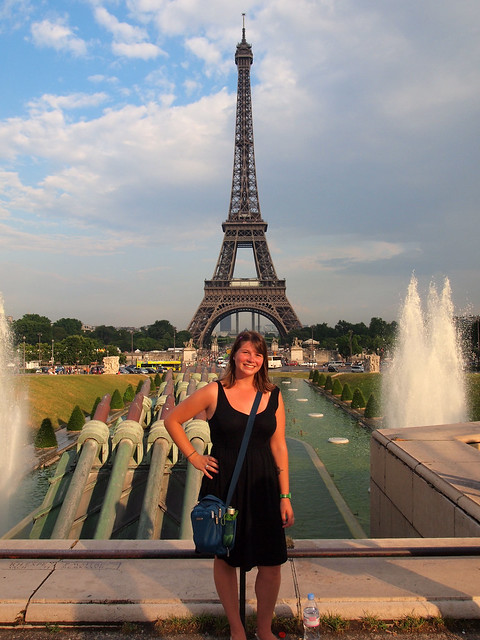 Let me know what you thought of this monthly report in the comments.

57 Comments on “RTW Diaries: Month One”