When it comes to Paris, it's really quite impossible to see and feel and experience it all in just one visit. I knew I didn't have a prayer with only 4 days in the city. So, instead of trying to see it all, I focused on the areas of the city that were most interesting to me.

This began with the neighborhood of Montmartre, in Paris' 18th arrondissement. 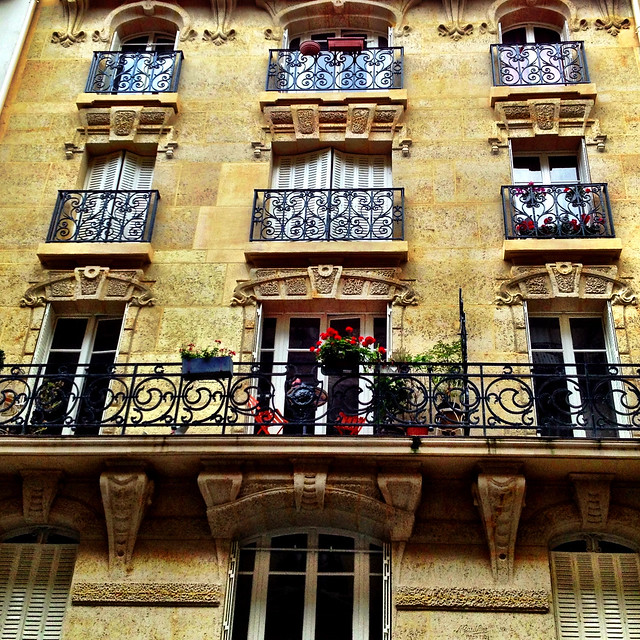 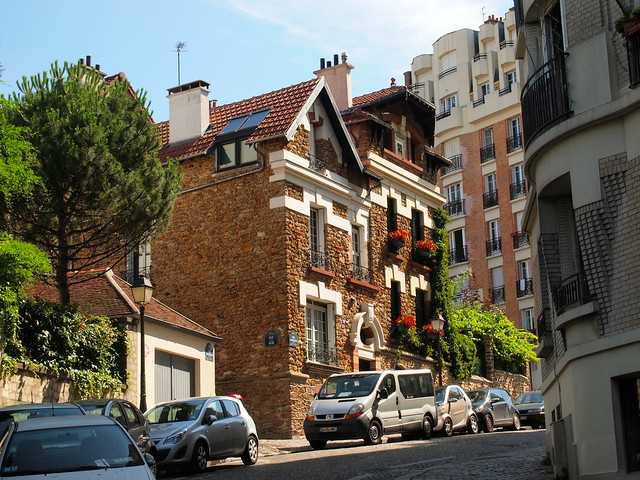 Ever since I first saw the quirky French film “Amelie” when I was about 15, I've had a fascination with Montmartre. From the narrow cobbled streets to the cafes to the windmills to the exquisite Sacre Coeur, I knew I wanted to explore it all during my first trip to Paris.

On my first morning in Paris, I decided to skip the “usual” tourist route through the city, and instead headed into the heart of Montmartre to meet up with a guide from Discover Walks for a free walking tour of the neighborhood. I love walking tours like this, led by locals who truly know and love the areas they guide you through. 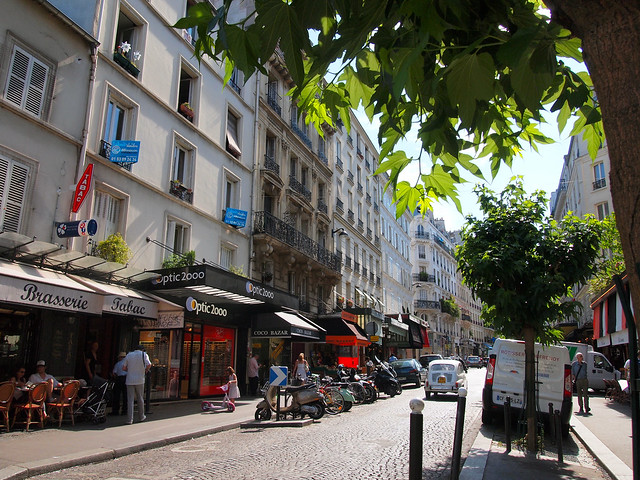 This tour was no different.

Charlotte, our young guide for the morning, has lived on the Right Bank (and in Montmartre) her whole life. She knew its history and backstreets like the back of her hand, and even threw in a few amusing anecdotes for us as we wound our way through narrow streets and up cobbled paths. 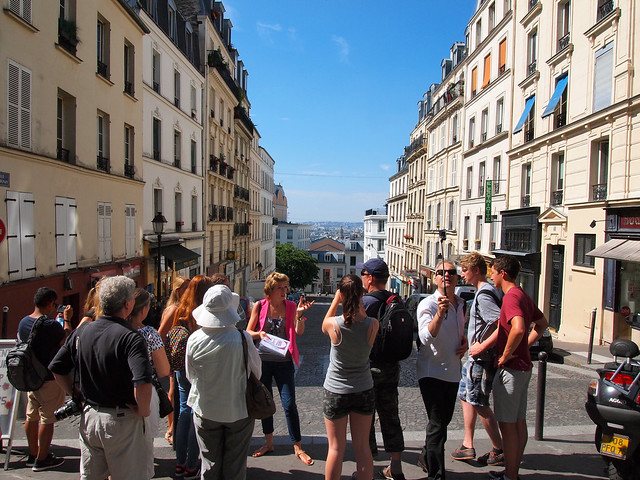 Montmartre used to be a village all its own, Charlotte explained to us. It was rural and cheap, which is why it drew a crowd of poor artists in search of cheap rent and cheaper booze than what they could find in Paris. Famous artists like van Gogh and Monet and even Picasso lived and created here (though they of course were more akin to starving artists at the time).

Thanks to the cheap booze and carefree vibe of the village, by the turn of the 20th century, Montmartre had turned into a prime entertainment spot. Risqué cabarets and clubs like the Moulin Rouge were all the rage here, giving the area a reputation that still sort of survives. 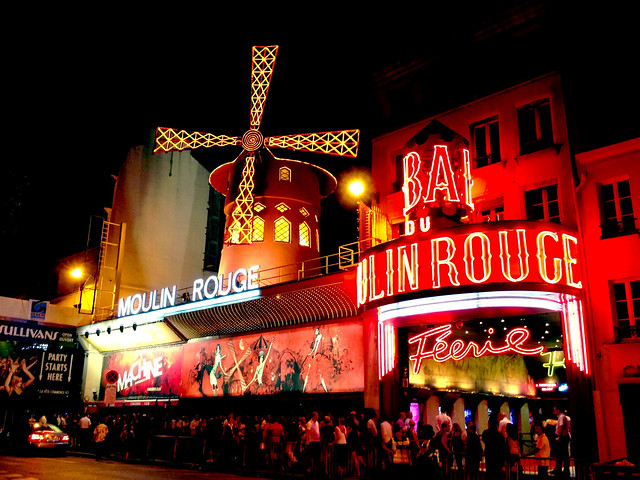 Today, though, Montmartre is actually one of the most expensive places to live in Paris. Ironic how quickly things change. 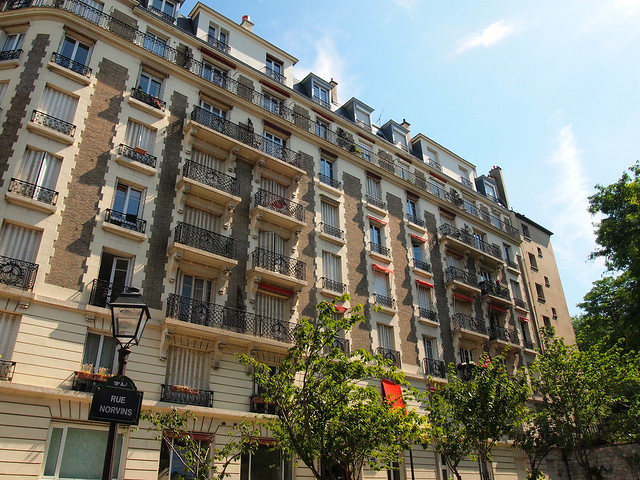 But it's quite touristy, too, which is interesting. The Moulin Rouge still operates in Montmartre, and thousands of people flock each day to see the Sacre Coeur Basilica on top of the hill. 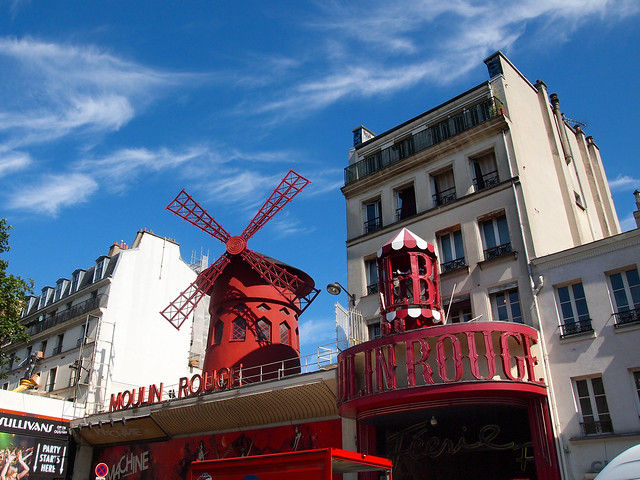 Charlotte took us to the basilica at the end of our tour, but refused to take us around front where crowds picnic on the steps and touts try to sell you everything from bracelets to beer. Instead, she took us behind the basilica and into a little garden.

It was quiet and shady there, but still had an amazing view of the church. We learned that Sacre Coeur took nearly 40 years to build (being finished right before WWII), and that more than one architect on the job resulted in the tower that doesn't quite fit in with the domes. 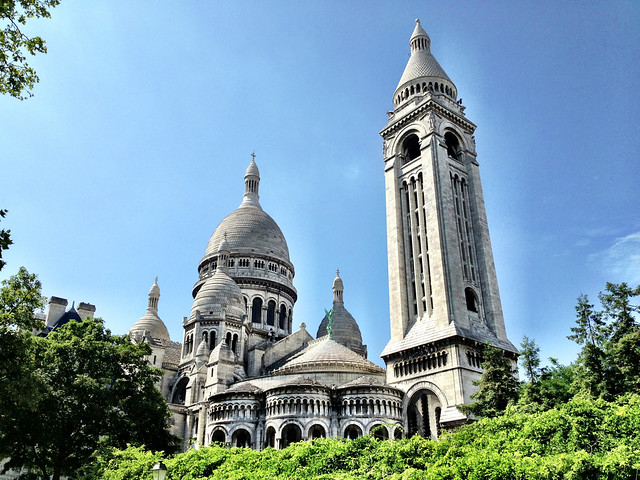 I returned later in the week to visit Sacre Coeur in the evening (when the crowds REALLY gather to watch the sun set over Paris), but my secret back garden visit with Charlotte is probably the one that I'll remember best.

On our walking tour, Charlotte pointed out plenty of cafes and restaurants in Montmartre that were reasonably priced and not too touristy. One of these was (surprisingly) the Cafe des Deux Moulins — the cafe that Amelie works in that film that I love so much. 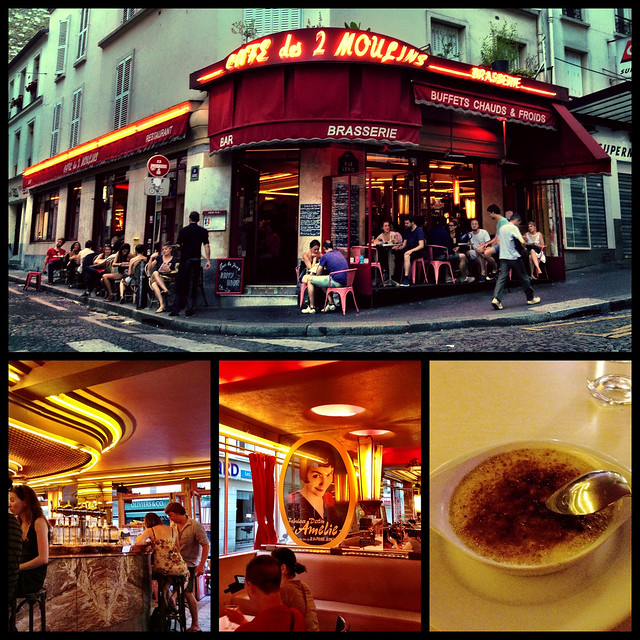 Even though tourists come here to eat creme brûlée (Amelie's favorite) and take photos of the retro cafe, plenty of locals eat and drink here, too. I decided to grab dinner there one night, and really enjoyed the atmosphere. Plus, the movie geek in me was rejoicing.

A Local Place to Sleep

And, because I really wanted to do it right, I even booked my accommodation in Montmartre. The apartments here are tiny and not necessarily brand new, but you really can't beat the location or atmosphere.

Thanks to GoWithOh, I booked a nice little studio in a quiet garden-type setting not far from the Lamarck-Caulaincourt Metro stop in Montmartre. Beautiful flats lined the walk to my apartment, with a few cafes, small grocery shops, and even a bakery or two just minutes from my door.

I compared my apartment to some of the hostels and hotels I could have stayed in closer to the center of Paris, and definitely preferred my digs. (To read my full review of the apartment, click here.) 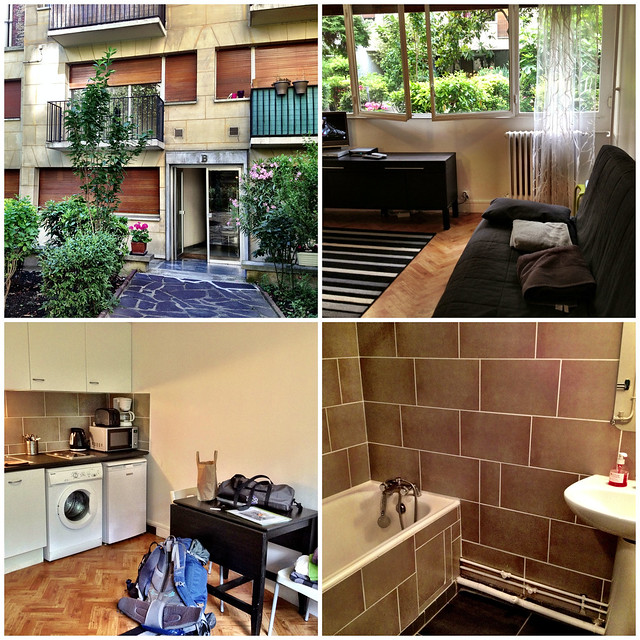 The more I travel, the more I become a fan of renting apartments in cool neighborhoods. Having a quiet, relaxing place to return to after a long day of sightseeing is so nice, and it almost always gives you a different perspective on even the most touristy destinations.

If I hadn't been staying in Montmartre, I may not have spent so much time exploring it. Which would have been a shame.

Because, in the end, I fully lived out my Montmartre fantasies in Paris. I can't wait to return someday.

READ NEXT: The Bohemian Side of Paris

Is Montmartre a part of Paris YOU want to explore?

*Note: GoWithOh did offer me complimentary accommodation in Montmartre, but that of course in no way influenced my opinion of Paris or Montmartre.

27 Comments on “Montmartre Through Local Eyes”