To be honest, I don't usually think too much about the royal family. Yes, I watched snippets of Williams and Kate's wedding, but I'm in no way a huge fan of the symbolic monarchs of a country that is not my own.

But I do not live under a rock, either, and so it's been impossible to avoid Royal Baby Fever in the past couple of weeks — especially considering I spent the week leading up to the long-awaited royal birth in London. 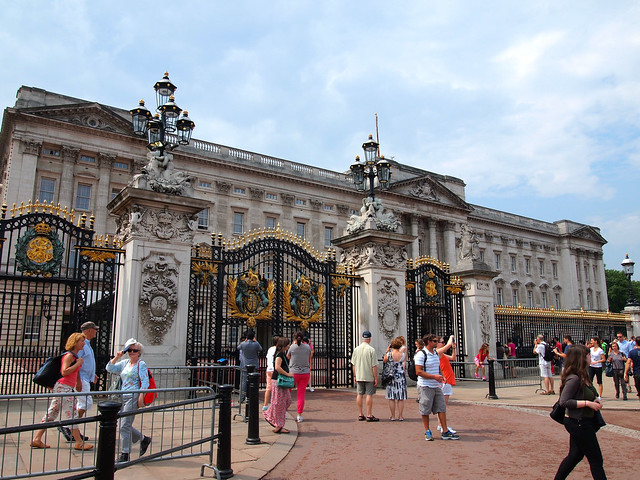 Local media and royal fans alike had been scoping out St. Mary's Hospital in Paddington for days before Kate actually went into labor — there was actually one super fan who slept on a bench for 12 days waiting for the newest prince or princess to be born.

And once the announcement came last night that the baby was born? London went crazy. 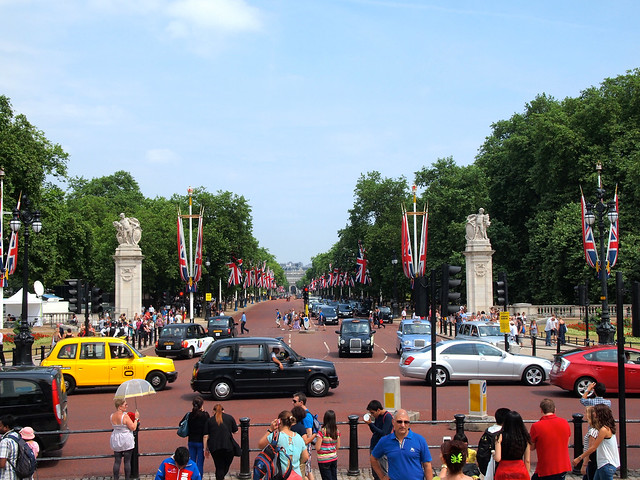 The Evening Standard was actually reprinted (the first version just reported that Kate had gone into labor). A crowd gathered to cheer at Buckingham Palace when the official birth announcement was finally placed outside. And buildings all over the city were bathed in blue to celebrate the birth of the Prince of Cambridge.

Today, I decided I owed it to my journalistic curiosity to head over to Buckingham Palace to check out just how excited people actually were. At the very least, I figured I would see the birth announcement and maybe get a few shots of the palace.

What I was met with was a mass of humanity. 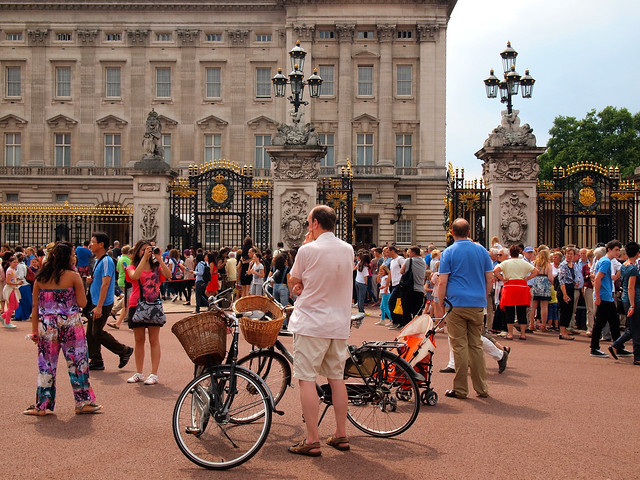 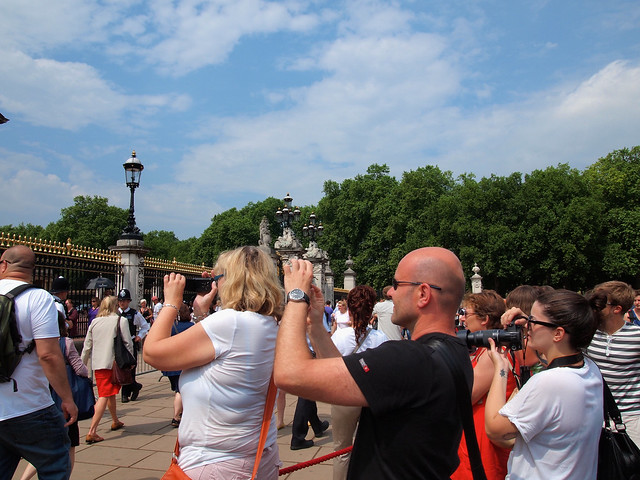 There was a line snaking along the Palace gates of people — everyone from visiting tourists to local business men on their lunch breaks — waiting to snap a photo of the birth announcement behind the fence. 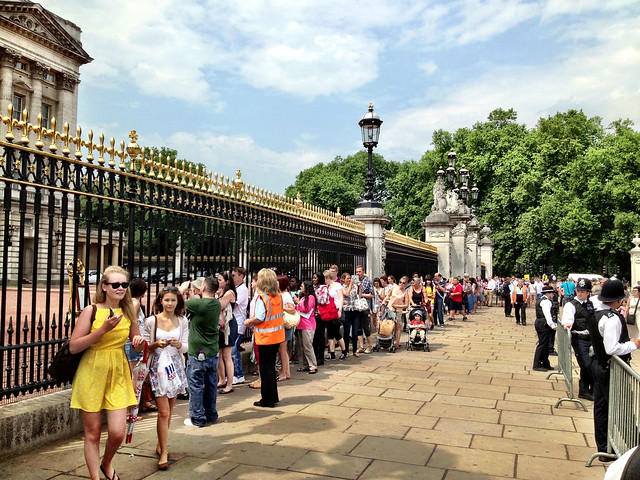 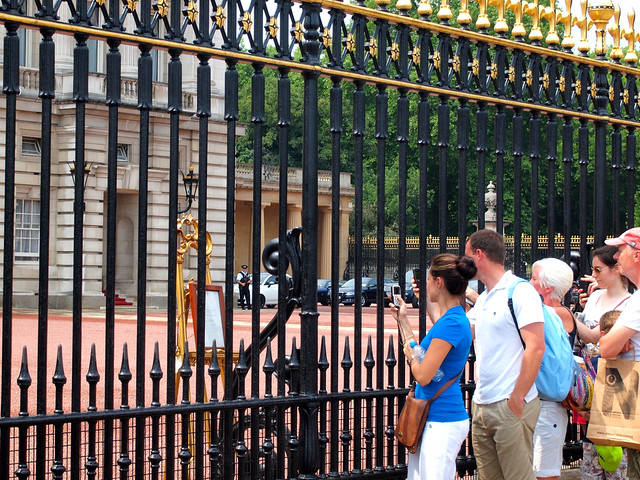 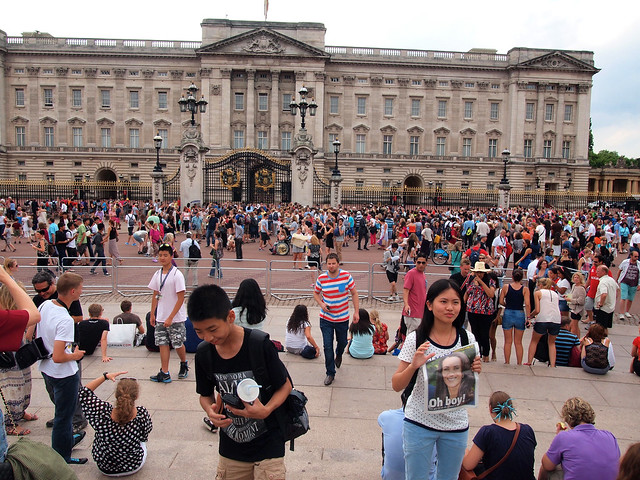 News media from around the world had tents set up across from the Palace beneath gigantic Union Jacks. 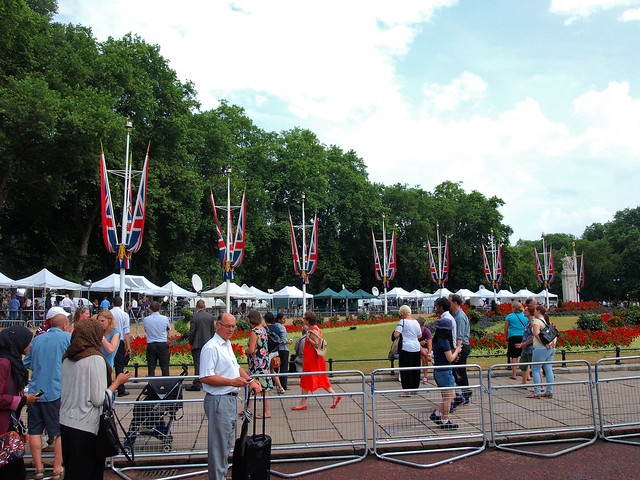 At 2 p.m. across the street in Green Park, there was a 41-cannon salute (along with a 62-cannon salute at the Tower of London) to celebrate the royal birth. The park was packed with well-wishers. 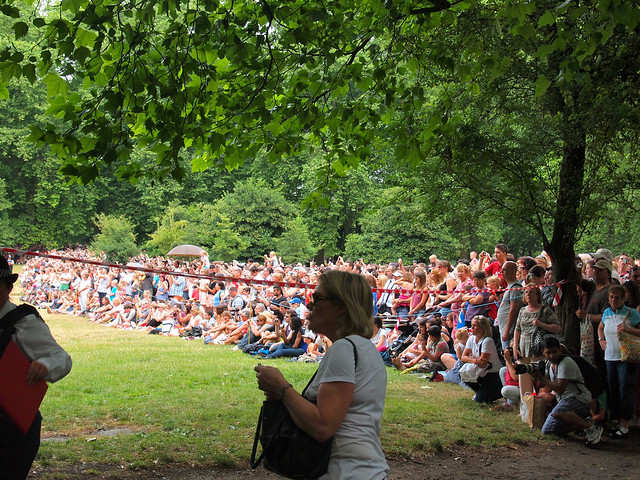 I decided I should probably wait in line to see the birth announcement, simply because it's not everyday that a person gets to see one. And because perhaps I was being sucked into the pomp and circumstance of the whole day. 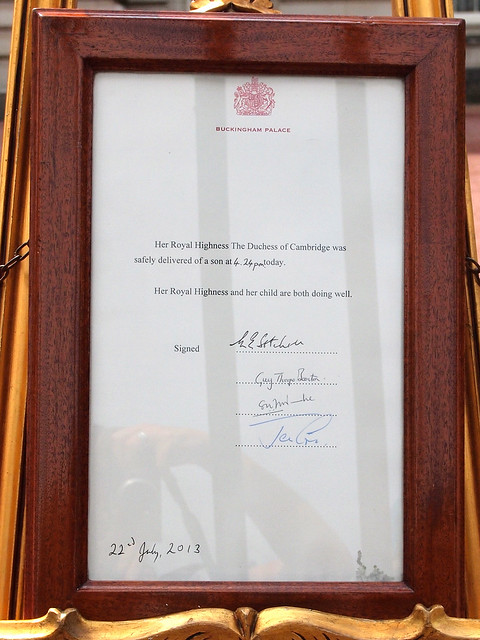 I'm sure the royal baby souvenirs will soon follow — once the prince's name is announced, of course — but I won't be here to be amused by those.

I actually am glad I was here for the birth, though. As far as the royal family goes, this is history in the making.

(And here's a short video for you of what I saw today:)

What are your feelings on the royal birth? Excited? Indifferent? Tell me in the comments!