The Land of Fire and Ice has become a tourism darling in the past couple of years – and for good reason: Iceland is an incredible country, with features that you won't find anywhere else in the world.

I took my first trip to Iceland back in 2012, expecting to find a Scandinavian country with some cool scenery. And while I DID find those things in Iceland, I discovered that the country was full of surprises of all sorts that I hadn't been expecting. 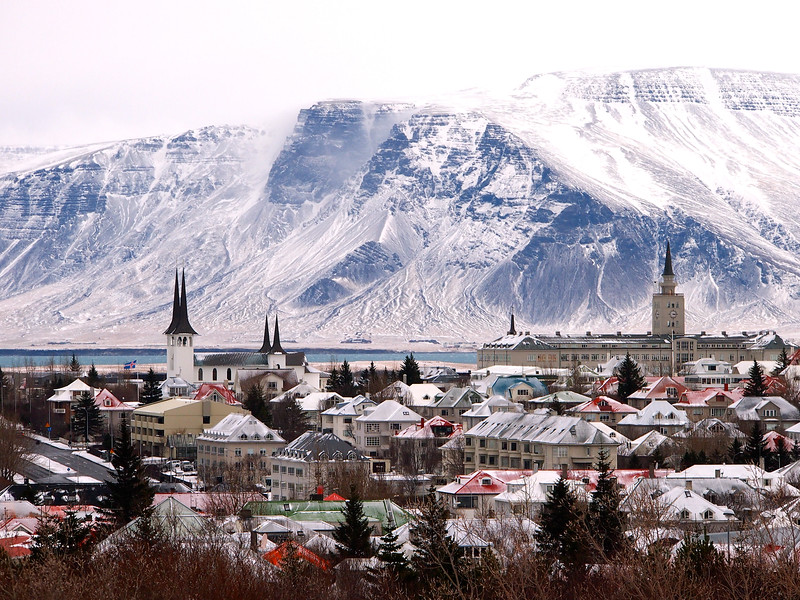 While definitely European/Scandinavian in nature, the country of Iceland is unique in so many ways that I felt its quirkiness deserved an entire post of its own. From elves and trolls to glaciers and volcanoes, here are 15 fun Iceland facts that make it the incredibly cool country that it is. 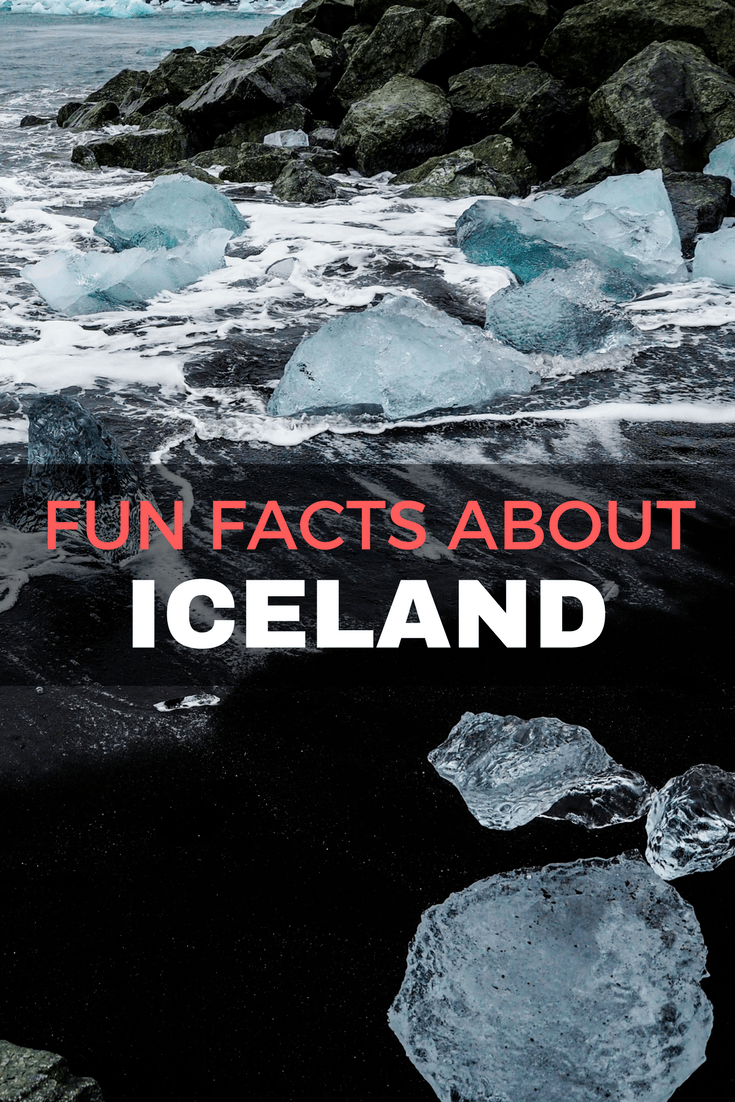 Iceland was settled by Vikings from Norway sometime in the 800s. This fact makes Iceland a fairly “young” country when it comes to settlement, and also contributes to its distinct cultural background. The Icelandic horses in the country today are unique in the fact that they are direct descendants from the horses the Vikings first brought over from mainland Europe.

RELATED: The Horses of Iceland

And a bonus fun fact for you: The Vikings are the ones who gave both Iceland and Greenland their names, purposefully mis-naming them both so that their enemies would hopefully go to ice-covered Greenland instead of following them to where they actually settled in Iceland.

Iceland is home to the very first parliament grounds in Europe. In the year 930 AD, the first Parliament met in Iceland in what is today Þingvellir National Park. The site has since been dubbed a UNESCO World Heritage Site because of its cultural, historical, and geographical significance.

The “geographical significance” part of Þingvellir being dubbed a UNESCO site is due to the fact that this is one of only TWO places in the entire world where you can see two of the earth's tectonic plates meeting above the earth's surface (the other is in Africa). The North American and Eurasian plates jut up out of the ground here in Þingvellir, moving apart roughly 2 cm per year.

You can even go diving/snorkeling between the plates in nearby Þingvallavatn lake.

Because it's located on the Mid-Atlantic ridge, Iceland is an incredibly active country geologically. There are more than 125 volcanic mountains in the country, a handful of which are still very active, and another handful that could easily awaken and become active as the country changes and grows.

Iceland experiences a volcanic eruption roughly once every 4 years, though the past few years have seen one eruption or more each year (we all remember Eyjafjallajokull, right?). Because of this constant activity, a good portion of Iceland is covered in lava fields.

Surprisingly, another large section of Iceland is covered in glaciers. Glaciers are responsible for carving out everything in Iceland that hasn't been shaped by magma and earthquakes, making for a landscape more unique than any other country I've visited.

Iceland was formed by some pretty harsh phenomena: volcanoes and glaciers. Much of the country was carved out by slow-moving glaciers, chewing up the land and gouging deep valleys into it.

But, contrary to popular belief, trees DO grow in Iceland. However, when the Vikings arrived, they forested the crap out of it, cutting down almost all the native tress in the country. Today, reforestation is being attempted, but you'll still definitely notice the lack of forests when you visit.

Iceland is perhaps the most eco-friendly country I know of. And the kicker is, they don't even have to try very hard. Because the whole country is essentially “alive” with volcanic activity, the nation harnesses hydro and geothermal energy to power more than 80% of the country.

Very few fossil fuels are burned here (there are even some hydrogen buses driving around Reykjavik!), and most homes are heated using geothermal water that's pumped up from beneath cities and towns.

While very close to Danish and Norwegian, the Icelandic language remains totally unique. Words with far too many consonants abound, and syllables seem to just blur together.

Unlike other languages that have changed drastically over the centuries, Icelandic remains very close to its original roots. A Bible from the early 1500s (the first one printed in Icelandic, which can be found in a folk museum in Skógar) can still easily be read by Icelanders today.

The majority of present-day Icelanders (more than 50%, I was told) believe in the existence of fantastical beings such as elves and trolls. There are many amusing stories and legends about these creatures, and Icelanders go so far as to postpone construction projects if it's believed that something is going to be built where elves currently live.

Large fallen rocks in fields are said to be frozen trolls, and one guide told us that the smell present in Iceland isn't from sulphur at all — it's the smell of the trolls' dirty bath water.

As astonishing as it sounds, Iceland is the only country I have ever been to where McDonalds restaurants do not exist! Yes, you can find KFC and even Taco Bell in Reykjavik, but forget about picking up a Big Mac or some Chicken McNuggets — you won't find them here! I found this fun fact very refreshing.

Iceland makes up for its lack of fast food with its bevy of downright weird traditional foods. Along with things like whale, puffin, and dried fish, visitors can also try fermented shark, sheep's head, and even pickled ram's testicles. The even weirder part is that some of these dishes can be found in just about ANY kind of restaurant in Iceland (including a Mexican place that advertised “traditional Icelandic dishes”).

Oh, and the most popular food in Iceland? Hot dogs.

Fishing is Iceland's main industry, and the nation remains one of just a few in the world that still allows commercial whaling. This, of course, is quite controversial, and has caused tension between the peaceful country and other nations.

The entire country of Iceland (which covers roughly the same area as the U.S. state of Kentucky) only holds a population of a little over 300,000 (as opposed to Kentucky, which has a population of more than 4.3 million). This small population makes for a largely rural country, and a capital city which feels like a really big small town.

There is little crime in Iceland, and virtually no violent crime. The country does not have a standing army, and its police officers do not carry guns.

Being located very close to the Arctic Circle, Iceland experiences long winter nights and long summer days, with almost 24 hours of darkness/twilight in December and nearly 24 hours of daylight in June. Because of this, Iceland is a great place to see both the Northern Lights and experience the Midnight Sun. Though, both of these can be made difficult to see thanks to Iceland's ever-changing weather.

Thinking of planning your own trip to Iceland? Here are a few tips:

How to get to Iceland: Iceland is just a 4- or 5-hour flight from the East Coast of the US, or about 3 hours from the UK. There are multiple airlines that fly there, with Iceland Air and WOW being two of the most popular (and often the most affordable).

Where to stay in Iceland: Reykjavik is a great base, especially in the winter months since most tours start and end there. I recommend the Rey Apartments for both location and coziness (plus, having a small kitchen helps cut down on food costs!).

Book your accommodation in Iceland:


What to pack for Iceland: Essentials for winter include silk leggings and a thermal shirt, warm socks like Heat Holders, a waterproof outer layer (I like my Columbia ski pants), and some winter hiking boots. (And I recommend most of these no matter what season you're visiting!)

Check out my complete Iceland packing list for more suggestions!

Which of these Iceland facts surprised you the most? 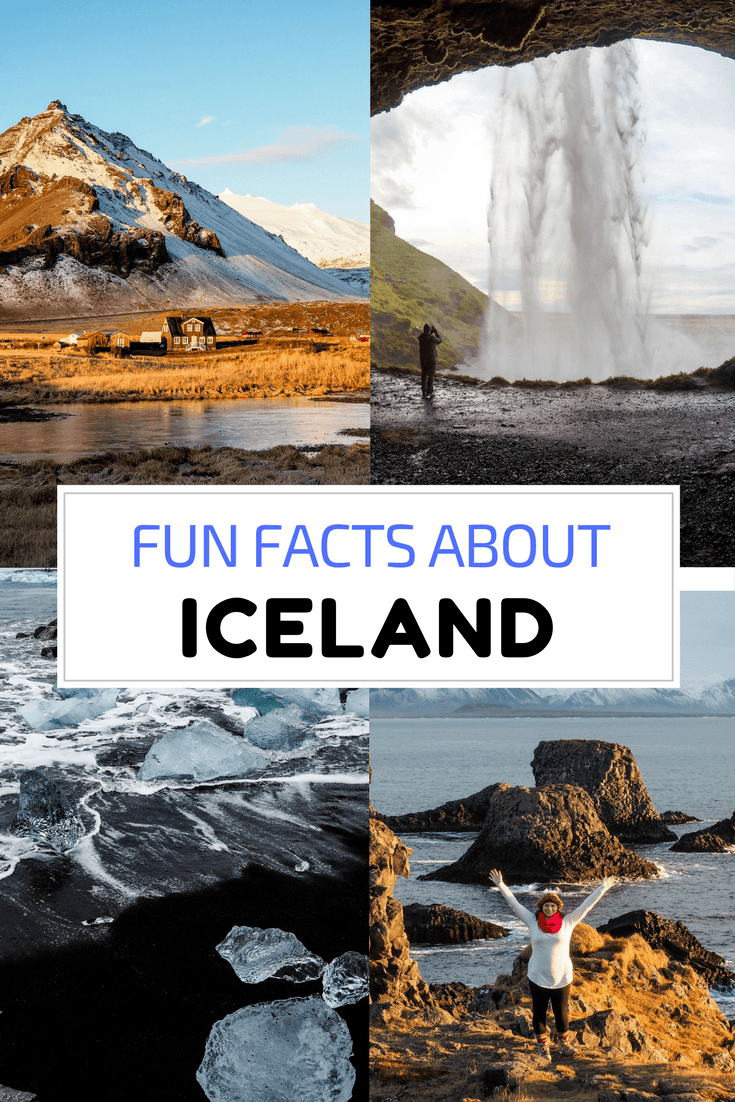 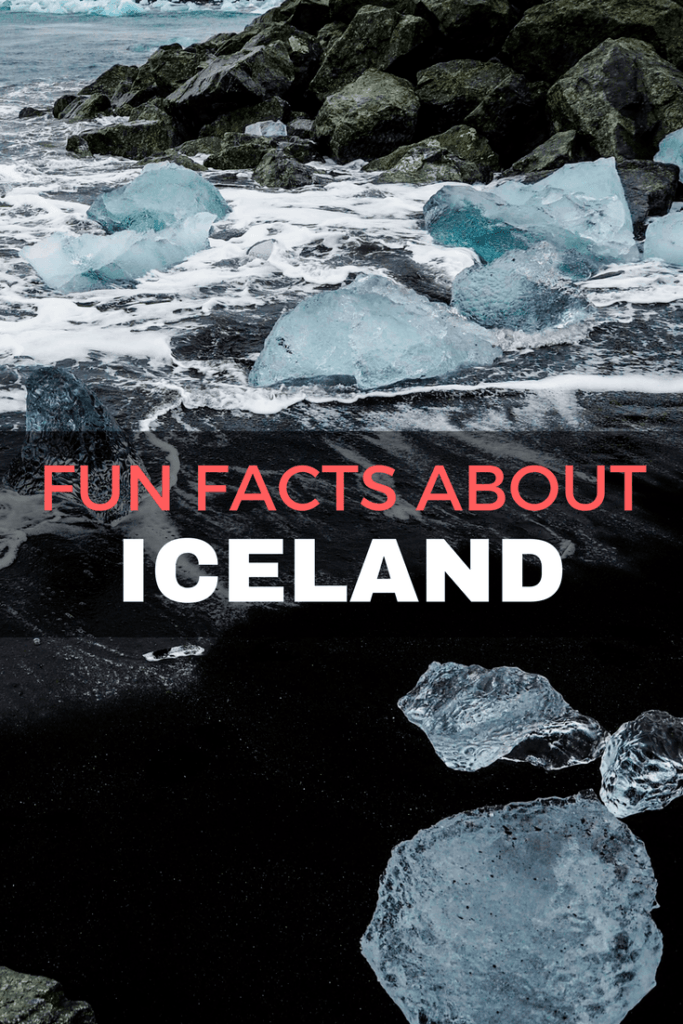