The bread and butter of tourism in Iceland.

This popular 300 km loop from Reykjavik into central Iceland is the single most popular tour people take in the country. 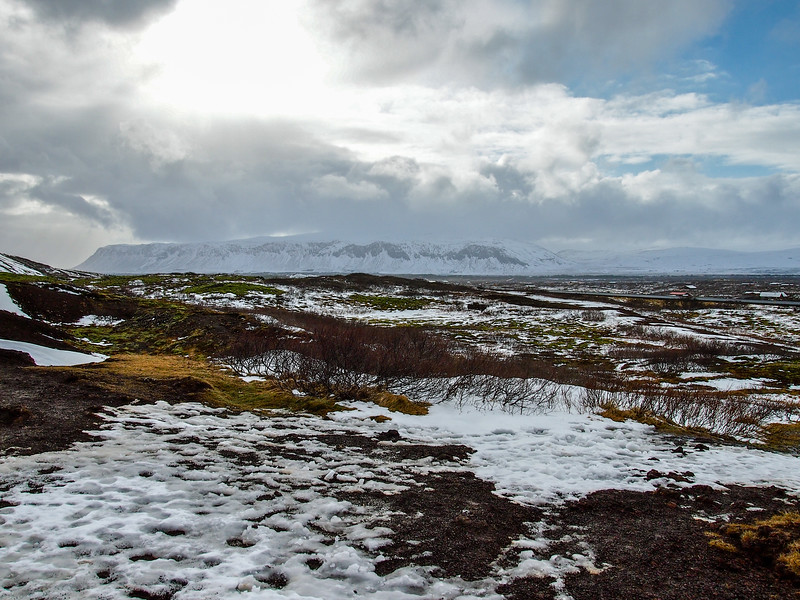 The route typically takes groups to Þingvellir National Park, Gullfoss waterfall, and the geothermally active valley of Haukadalur. Some tours also include stops at the Kerið volcano crater, Skálholt church, or even the Langjökull glacier if you package the Golden Circle with winter activities like snowmobiling.

Here's a look at the popular sites you're likely to see on a tour of Iceland's Golden Circle.

The first stop most people will make in the Golden Circle is Þingvellir National Park (Thingvellir)on the shore of Þingvallavatn lake. This site is important to Iceland for a few reasons.

Firstly, Þingvellir is the site of Europe's oldest Parliament. In the year 930 AD (less than 100 years after the Vikings settled Iceland), Icelanders held their very first meeting of Parliament, or Alþingi (Althing), in Þingvellir. Partly for this reason, Þingvellir was named Iceland's first national park around 1930.

But the coolest thing about Þingvellir (in my opinion, at least), is that it sits in a rift valley on the Mid-Atlantic ridge, and is one of only two places in the world where you can see two of the earth's tectonic plates above the ground.

Here, the North American and Eurasian plates are moving apart from each other at a steady pace of about 2 cm per year. This constant movement only adds to Iceland's very “active” nature geologically.

Along with oogling the tectonic plates, another popular activity here is SCUBA diving or snorkleing in Þingvallavatn lake, which is Iceland's largest natural lake. At Silfra fissure, you can actually swim in between the two tectonic plates in some of the clearest water you will find anywhere in the world.

The water comes from nearby glaciers, and therefore is very clean — and very cold — year-round. 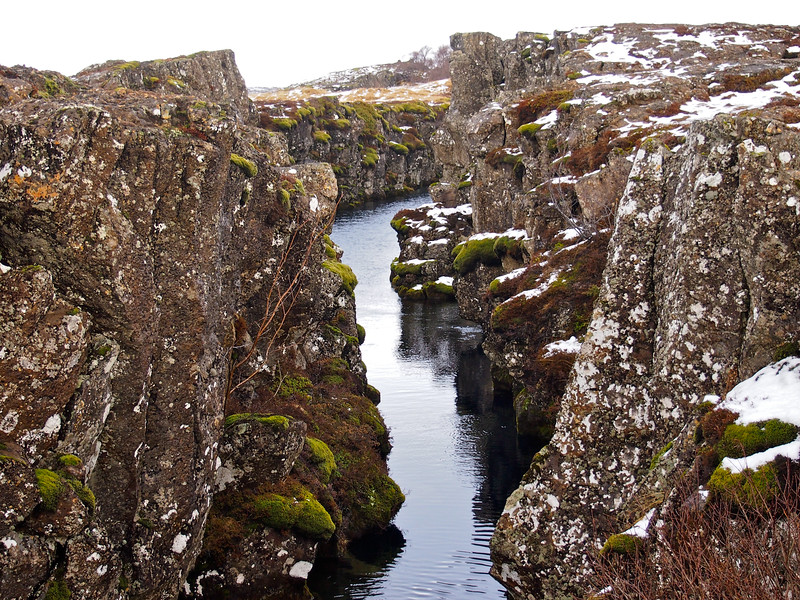 After Þingvellir, you'll probably head to Gullfoss waterfall (“Golden Falls”), one of the most well-known waterfalls in Iceland. This double waterfall, with its blue-green water and multiple viewpoints, is impressive — much more impressive in person that I expected it to be.

There's a viewpoint to visit above the falls, along with a track that leads you down closer to the roaring water.

Even if you're visiting in winter, this waterfall is impressive – just make sure to pack your warm layers!

From Gullfoss, it's on to Haukadalur geothermal valley, which is home to the geysers Geysir and Strokkur.

It's actually here that the term “geyser” was born. Upon seeing these erupting pools of hot water for the first time, Europeans had no word to describe them (they had yet to see them in Yellowstone or New Zealand yet). They asked the Icelanders what they were called — and hence some form of “geyser” began to be used around the world. 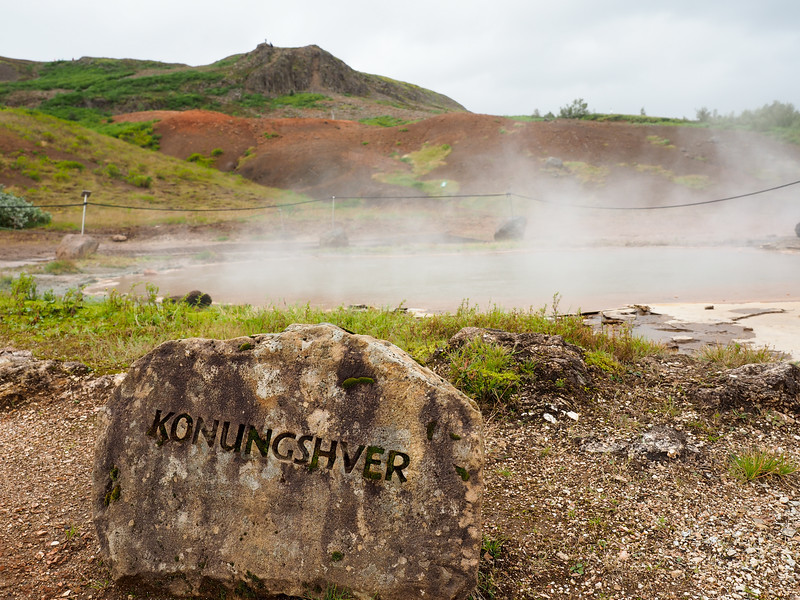 Geysir actually comes from the Old Norse word “geysa,” which means “to gush.” Geysir, therefore, is often referred to as the “daddy” geyser. He used to erupt quite regularly, but has quieted down quite a bit in his old age.

These days, the show is put on by Strokkur, which erupts roughly once every 4-7 minutes.

Obviously, when I was there I stuck around to see at least 3 eruptions.

Another place you might stop is at Kerið, an impressive volcanic crater lake. Not all Golden Circle tours include a stop at this site, but some will.

The crater is actually the intact caldera of a volcano that erupted about 3,000 years ago and has since filled with ground water. Its rare for a caldera to be so well-preserved after an eruption, but scientists think that Kerið was actually a cone volcano that emptied its magma, and that the cone then collapsed inward (instead of exploding outward). 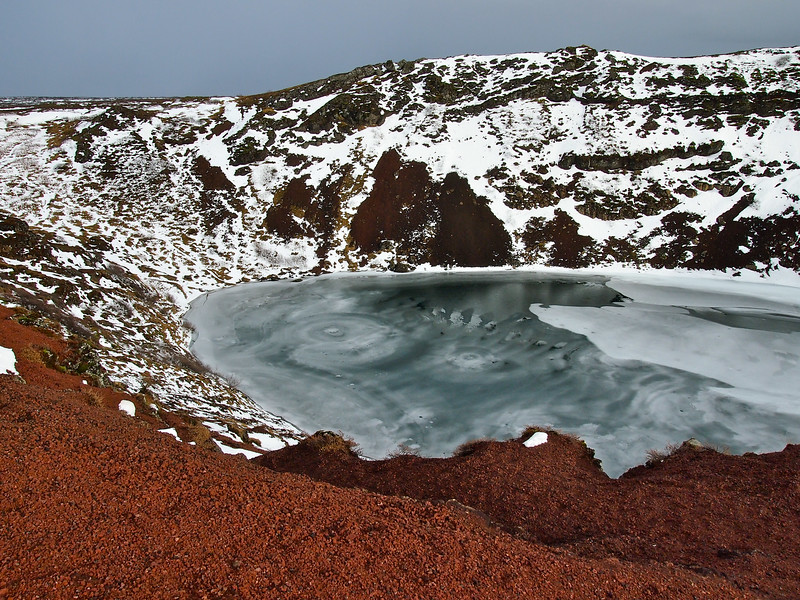 The red volcanic dirt and rock here makes you feel like you're on Mars, and the fact that the lake was frozen when I visited was an added bonus.

Combining the Golden Circle with other tours

Many Golden Circle tours in Iceland will be combined with another activity, like a soak at the Blue Lagoon, snorkeling at Silfra, or even snowmobiling.

The tour I did on my first visit to Iceland was the “Pearl Tour” offered by Mountaineers of Iceland, which is conducted in a super jeep with massive tires and included snowmobiling on the Langjökull glacier.

Snowmobiling is not my favorite winter activity, but there's no denying that snowmobiling on top of an ancient slab of ice was pretty darn cool. 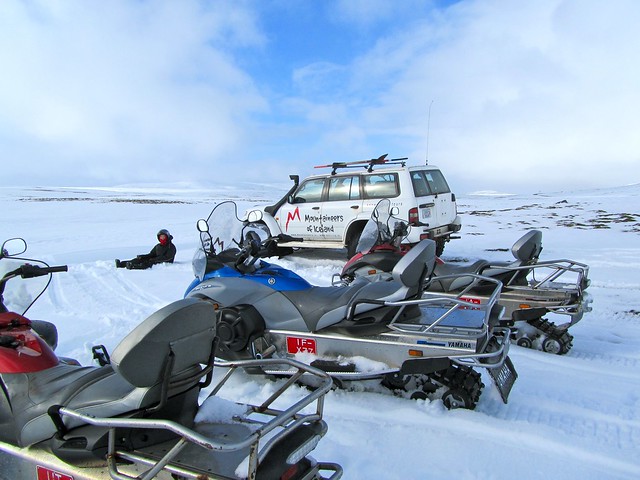 Check out these other Golden Circle combo tours:

On my most recent trip to Iceland, I actually did a half-day Golden Circle tour which took place in the afternoon/evening. It still allowed plenty of time to enjoy each attraction.

Which of these sites would YOU be most excited to see in person? 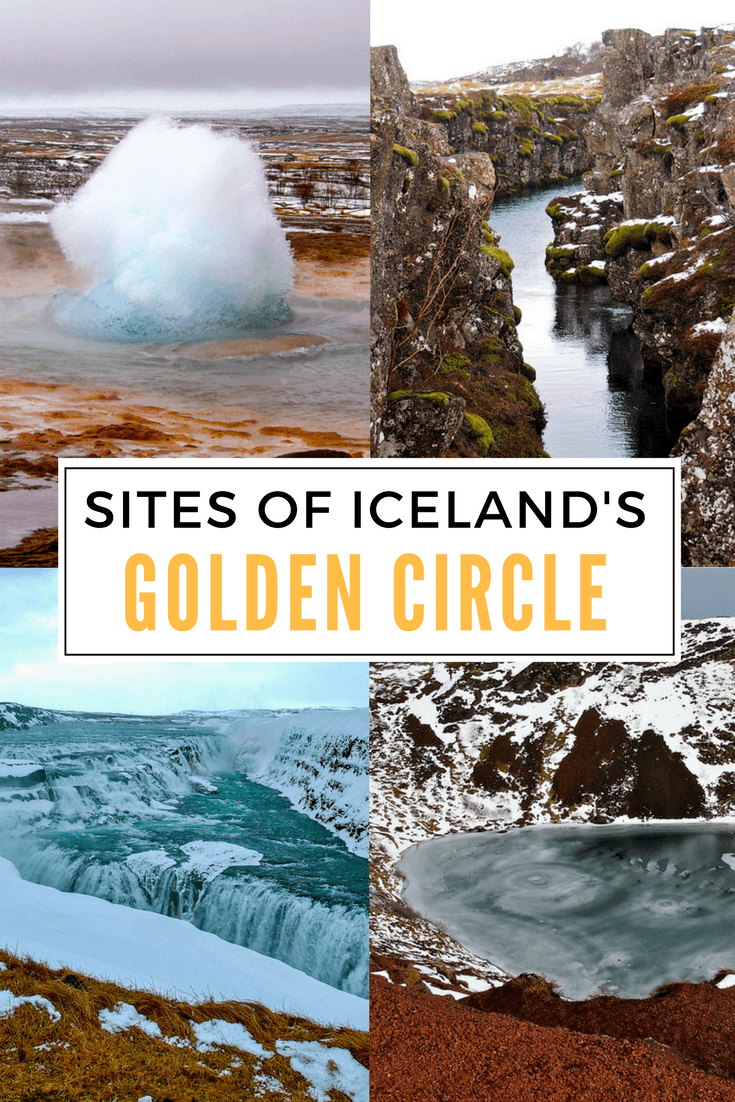 *Note: I received a discount on the tour I did on my first visit to Iceland. But, as always, all opinions are my own.