The Sights of Iceland’s South Shore

When I went to Iceland for the first time (way back in 2012, before the country became an Instagram darling), I arrived with very few plans – mostly because I hadn't done a ton of research before going.

But my lack of plans lasted for about 5 minutes after boarding the Flybus from Keflavik International Airport.

There, in the seat-back pocket, was a brochure outlining all the awesome tours and excursions you could do in Iceland. The Golden Circle, snorkeling in between tectonic plates, horseback riding… But one tour in particular caught my eye: the South Shore Adventure. 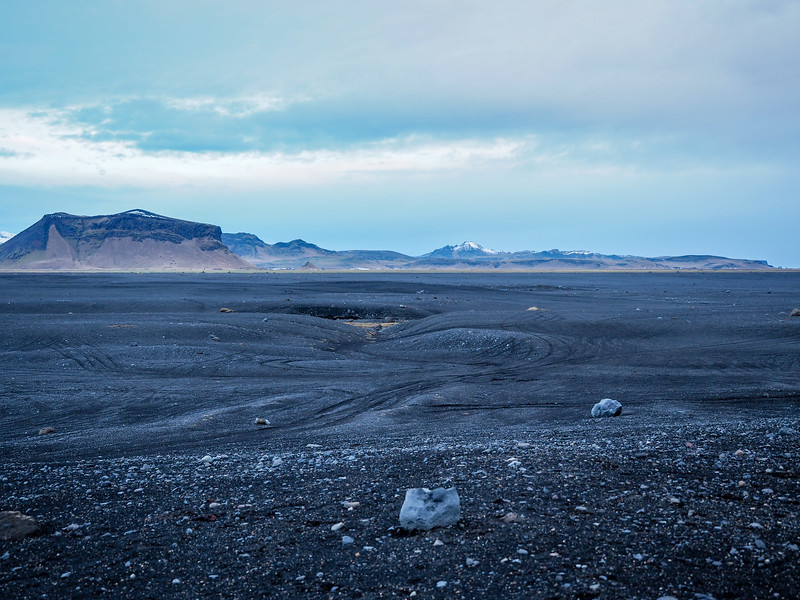 Described as a tour “ideal for nature lovers of all kinds,” I knew it would be perfect for me.

So, why exactly is Iceland's South Shore so special?

Well, let me count the reasons! 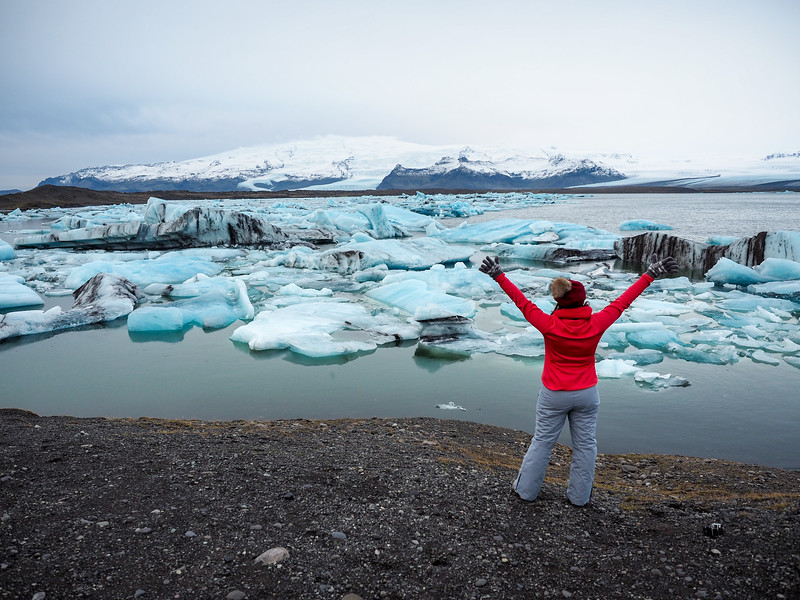 If you have a rental car in Iceland, you can explore the South Coast over the course of a couple days. If you don't have a car, there are several tour companies that do day trips and even overnight tours to this part of iceland.

The “South Shore” generally stretches from just south of Reykjavik past the village of Vík í Mýrdal and on to Vatnajökull National Park. Along the way, you can see everything from glaciers to volcanoes to waterfalls to black sand beaches.

Here are some of the more popular highlights that are included in most South Shore tours:

The volcano famous for snarling thousands of flights back in 2011 really isn't all that much to look at (nearby snow-draped Hekla was much more impressive), but it's nevertheless interesting to drive alongside fields just now recovering from being buried under layers of ash. I was constantly amazed by just how unpredictable and moody the land under most Icelanders' feet can be.

Plus, I never tired of hearing Icelanders say “Eyjafjallajökull.” After years of wondering how the hell to pronounce this strange word with far too many consonants, finally hearing it roll easily off tongues was like magic.

On one of the flanks of Eyjafjallajökull, a giant glacier by the name of Mýrdalsjökull looms. I've been up close with glaciers before (in both Alaska and New Zealand), but I never tire of seeing them.

Getting to Mýrdalsjökull requires a rumbling ride down a pothole-filled road. The glacier is sadly retreating at an alarming rate — an abandoned cafe marks the point where the glacier used to reach just a few decades ago. These days, you have to drive another few minutes to reach the face.

You can walk right up to the face of the glacier from the parking area, but I do not recommend climbing up onto the ice without a guide and proper gear – glaciers can be very dangerous!

The way to Mýrdalsjökull's face was all ash and snow. The glacier sits atop Katla, an active volcano, and near Eyjafjallajökull, which explains all the ash. The contrasts are striking.

Chances are you've already seen photos of this waterfall, as it's one of the most-photographed waterfalls in Iceland. And it's not difficult to understand why. 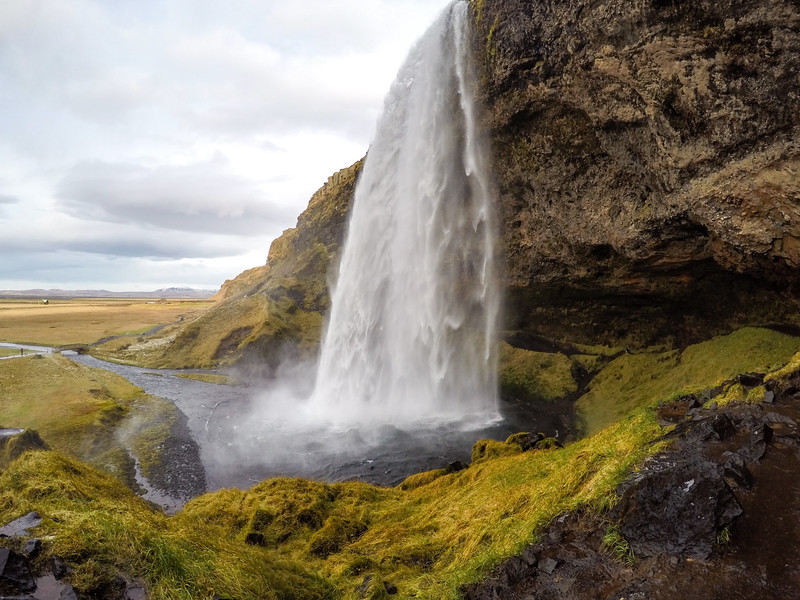 Seljalandsfoss cascades over a fairly substantial cliff into a rounded pool surrounded by green moss. Because of the way the cliff face is formed, you can actually walk all the way around the back of this waterfall, which you definitely want to do!

If you have time, also make sure to look for the “hidden” Gljúfrabúi waterfall, which is very close by.

Not far away, one of Iceland's biggest waterfalls tumbles over another cliff that marks the country's former coastline.

Legend has it that a Viking settler in the area buried a treasure in a cave behind the waterfall, and people have been searching for such a treasure for centuries. It's told that someone found the chest at one point and grabbed one of the rings on the side, only to have the ring pop off and the chest to disappear agagin. The alleged ring can now be found on display at the Skógar Museum, right next to the waterfall.

Legend or not, this is one impressive waterfall.

Iceland is famous for its black sand beaches, and Reynishverfi Beach is perhaps the most famous of those. Visit this beach during the day in the summer months, and you definitely will NOT have it to yourself.

But, I dunno, I still think it's kind of worth it.

Wind-swept with huge Atlantic waves crashing a bit too close for comfort, Reynishverfi is the epitome of of what you probably picture when you think of an Icelandic Beach. 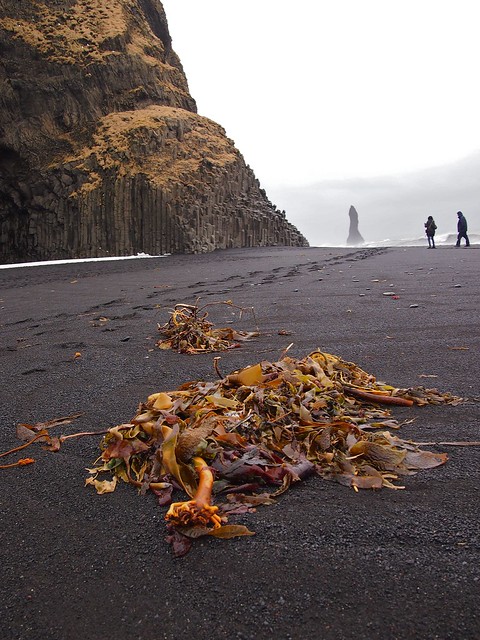 This is certainly not a place you go to sunbathe, but it's still beautiful in its own, wild way.

When I first visited, our guide told us about the puffins who call the sea caves here home in the summer months, and also told us one of the local troll legends, which explains the Reynisdrangar sea stacks just off shore (according to him, they're really night trolls who were turned to stone in the sunlight; you'll hear lots of troll stories in Iceland).

At some point, you'll reach the small town of Vík í Mýrdal, or just simply Vik. This is often where you'll stop for lunch on a guided tour, as it's roughly the halfway point along the coast. 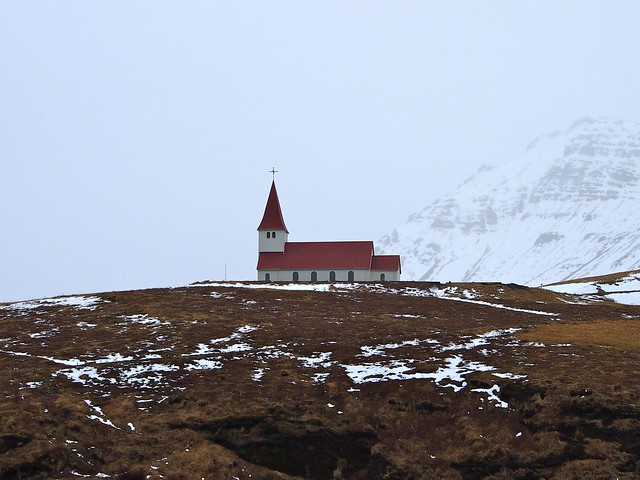 The famous glacier lagoon is often as far as most South Shore tours will take you. Here, large chunks of ice break off the glaciers in Vatnajökull National Park and slowly make their way out to sea.

Make sure you visit the nearby “Diamond Beach,” which is a black sand beach where you can find sea-polished bits of glacier ice.

During the warmer months, you can take boat tours in Jökulsárlón to get even closer to the icebergs.

Lastly, if you're visiting during the winter months, you won't want to skip a visit to Vatnajökull National Park, which is home to the largest glacier in Iceland (and one of the largest in all of Europe). During the winter, brilliant blue and black ice caves open up beneath the glacier and you can book tours to explore them.

Want to explore Iceland's South Coast? Here are some tours to check out:

And check out my Iceland packing list to know what to bring!

Out of these South Coast sites, which would YOU be most excited to visit? 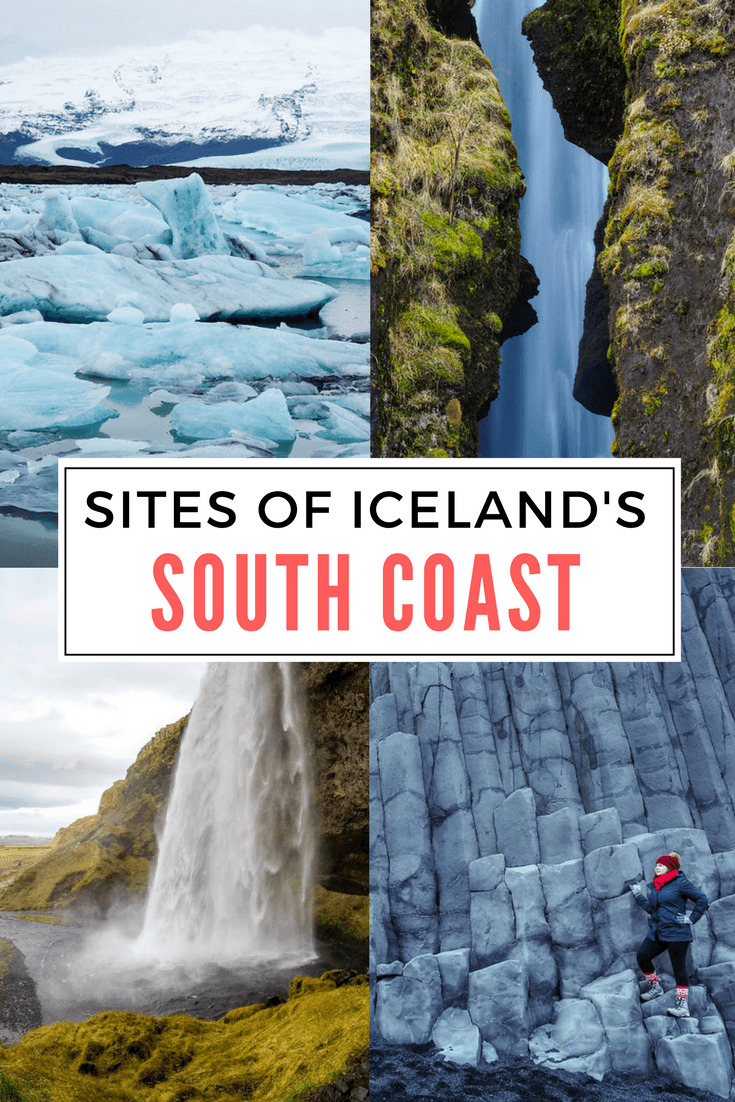 41 Comments on “The Sights of Iceland’s South Shore”