Home » Reviews » What’s it Like to Travel with Busabout?

True to my non-drinking, non-partying travel style, I had never been on a backpacker bus tour prior to this summer. Yes, there had been 4 days on Magic Bus last year in New Zealand, but seeing as I was there near winter and there were only 9 people on that bus, it doesn't really count; it had nothing on the Contiki-style tours of Europe you've probably heard about.

So when the opportunity arose for me to join a guided tour through the Balkans this summer with Busabout, I had to think about it.

Coming off a small group tour through Eastern Europe with Intrepid Travel, would I want to turn right around and join a big bus tour? Would it be full of party-happy 18-year-old Australians just looking to drink their way through the whole thing? Would I even have fun?

The itinerary for the Classic Balkan Trek I settled on was impressive — Istanbul to Split, Croatia in just 9 days. Five countries in 9 days. It was insane. It was sure to be trying at times. I might hate it.

But I decided to go for it anyway.

Here's what I thought about my Classic Balkan Trek with Busabout:

It would be easy to say “because they offered me a good deal” here, but there's more to it than that. Yes, Busabout's “Trips” are fairly cost effective, and yes, I did receive a discount on this particular one. But the price tag wasn't really what made me decide to travel with this company. 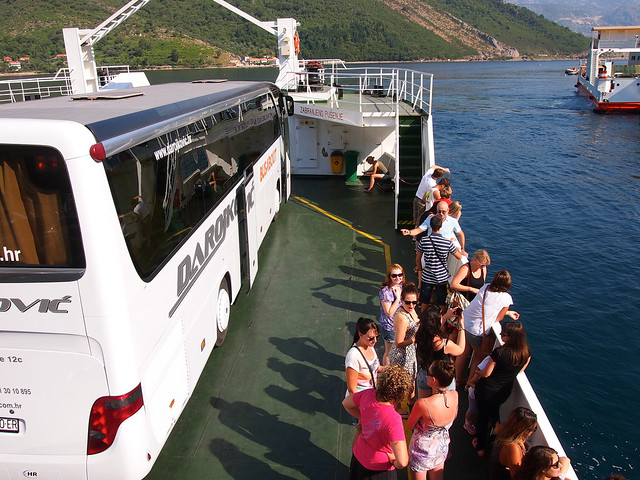 Busabout was intriguing to me mostly because I hadn't really heard about it before. The company is best known for its flexible hop-on, hop-off bus passes throughout Western Europe (an awesome alternative to expensive trains), but also recently acquired Eastern Trekker and its associated guided tours through Eastern/Central Europe and the Balkans. With such a wide range of products to offer budget travelers, it seemed like a no-brainer for me to check it out.

Even though I was afraid of being stuck on a bus with dozens of hardcore Aussie teens, the reality was quite different. Yes, the bus I was on was mostly full of Australians. But the average age on our bus at all times was probably closer to 23/24 than 18/19. Those few years made all the difference for me, and I actually made some fantastic friends on the trip — many of whom I'm still in touch with. 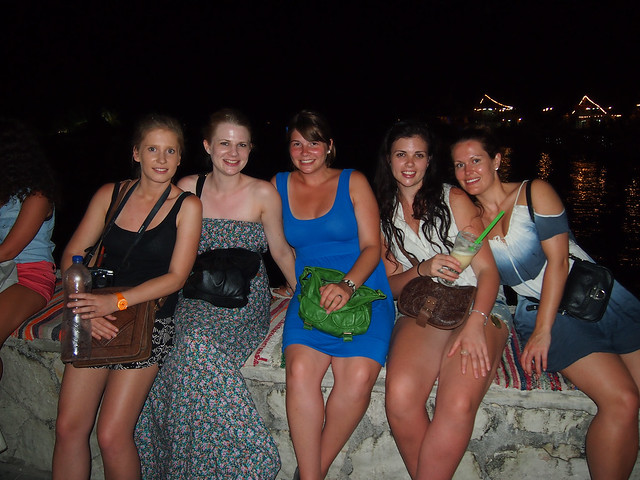 As for how many people you'll travel with, well that really depends on the individual trip. We started out with 17 people on a large coach in Istanbul, then dropped off a few and picked up a bunch more in Athens. For the last part of the tour, we had 39 people on the bus. Not exactly a “small” group, but luckily we all more or less got along.

For these guided Busabout trips, you'll have a designated guide who knows the area you're traveling through well. Our guide on this trek was Matej, a native Croatian who had ditched corporate life to become a tour guide. Matej was a typical Croatian when it came to his laid-back, party-happy attitude, but slightly atypical when it came to his propensity to share his opinions on everything from the EU to Greece's financial crisis with us. Some people hated this. I, personally, found it pretty interesting.

I won't go into too many details about Matej, however, because each Busabout guide is bound to be very different from the next. But, suffice it to say that Matej was definitely not a babysitter. While he did try to plan some group dinners/outings for us, some people on our trip felt his attempts were a bit half-assed. I think that was just his personality, though. But it just goes to show that you can't please all the people all of the time.

On Busabout's “trips,” you travel on large motorcoaches. Our bus was comfortable (though the air conditioning struggled at times with the ridiculous heat), and our driver, Angelico, was very talented at navigating narrow roads. 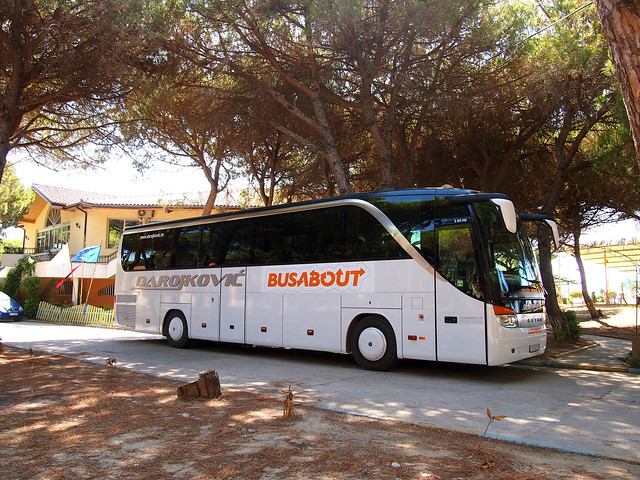 I should note, though, that traveling on a large bus through this part of Europe can be an adventure. Barreling down non-existent roads in Albania, playing chicken with other large vehicles on narrow streets in Montenegro, bribing border crossing guards so we wouldn't all have to go through passport control… Yeah, it all happened.

I actually had no clue what to expect of our accommodations before this trip. Very little was communicated to us beforehand about where we'd be staying along the way, but I was pleased to find out we wouldn't be spending too many nights at all in big hostel dorm rooms. Most nights, I shared a room with 3-5 other people, and we all usually had our own beds (i.e. not bunks).

But we sure had some… interesting accommodations. Like the Dorian Inn in Athens that wouldn't give us enough towels and had air conditioning units that only blew out hot air. Or the apartments in Parga where my cot was in the kitchen next to the fridge. Or the “resort” we stayed at in Albania where our rooms were in old converted army barracks. (Sorry, I didn't actually take any photos…)

In all, though, I couldn't really complain. Most of the places we stayed were clean and centrally located, and the largest room I found myself in was an 8-bed shared dorm in Split.

The food in the Balkans isn't all that special — lots of salads and meat, basically. And because we spent a lot of time on the bus, a lot of our lunches looked like this:

There were a few meals included in the price of the tour, but, honestly, they were some of the worst meals I had in Europe (they were in Greece in Albania, if you're curious). There were a few nights when our guide planned group dinner outings for us, but these too I could have skipped. I feel like we could have found better, more authentic food on our own.

The only meals I would highly suggest are the ones that came with an extra fee at some of the hostels we stayed at. The barbecue we had at Crowded House in Gallipoli was delicious, and the homemade feast at Saki Hostel & Guesthouse in Budva was probably the best meal of the whole trip. I would definitely recommend splurging on these!

I won't sugar-coat it: you will spend A LOT of time on the bus with this specific tour. Like, at least 6 hours on most days. Sometimes longer. However, considering how much ground this trip covers, I suppose it's not really that surprising.

As far as what you'll do off the bus, there are a few included activities (such as free orientation tours in most cities, and a fantastic guided tour of Gallipoli), and a few suggested activities that are budget-friendly (such as visiting a monastery at Meteora, and a comprehensive walking tour of Athens). The trip also allowed some flexibility and free time in most places, which allowed me to do things like lie on a beach in Parga, explore Budva's Old Town, and walk the walls of Dubrovnik.

For me, the off-the-bus activities canceled out the long hours stuck on the bus.

There were some downsides to this trip (most of which have been hinted at above), and I won't beat around the bush about them.

The lack of a clear itinerary before the trip bothered me — I didn't like not knowing where we'd be staying, or how long it would take to get from Point A to Point B each day. Some of this was probably the fault of our guide, but I feel like Busabout could do a better job giving out details online, too. Emphasizing how much time is spent on a bus on this tour would be helpful to anyone considering booking it (it was the biggest complaint I heard among my fellow travelers on this trip). 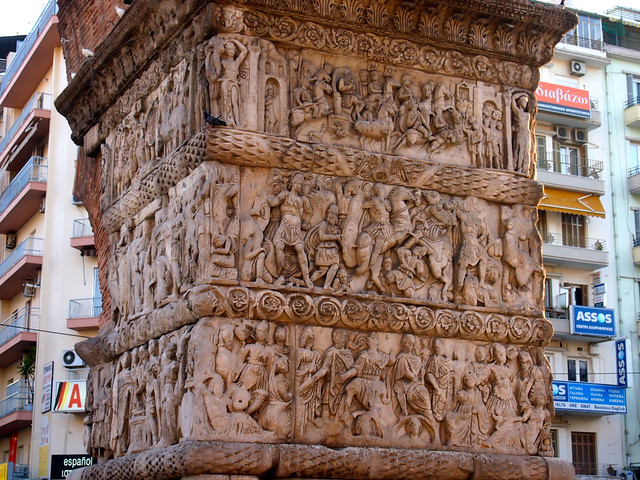 I also wasn't a fan of how the room allocations were handled on the trip. The first night, Matej just randomly assigned us to rooms. This was fine. But on subsequent nights, he just kept assigning us all to the same rooms. While I got along with my roommates fine, by the third night I had bonded with others in the group, and would have liked the opportunity to stay with them instead. There was also at least one couple on the trip who never managed to get a room to themselves, when there were occasionally 2-person rooms available that they wouldn't have had to pay extra for.

Overall, I probably would recommend this trip — but with some caveats.

I would stress how much time you spend on a bus. This is a travel-heavy tour, and you should take that into consideration before booking it. I would also stress how much ground you cover in just 9 days — you certainly don't go along at a leisurely pace.

The main reason I would recommend this tour is because it allows you to visit parts of the Balkans you might not otherwise get to see. I probably would not have visited Albania or Montenegro if not for this tour, but I'm glad now that I have. 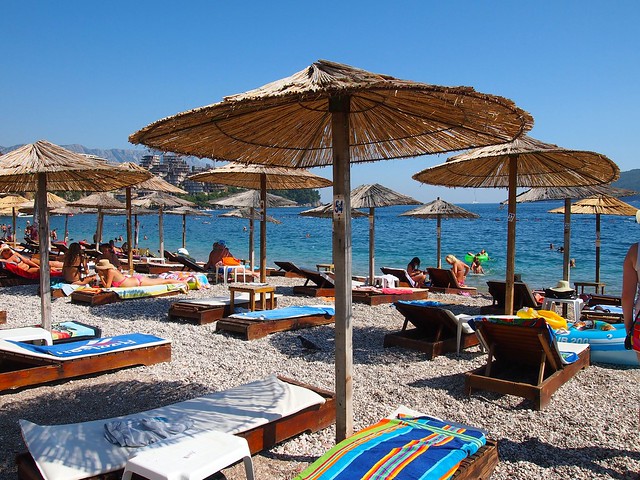 As for recommending Busabout, though? I definitely would recommend them in general. I've heard fantastic things about some of their other trips, and I would like to eventually try out their hop-on, hop-off passes in Europe.

Have you ever been on a trip with Busabout? If not, would you consider one?

38 Comments on “What’s it Like to Travel with Busabout?”