When you ask people the one word that comes to mind when they think of Rotorua, New Zealand, chances are that word will be “smelly” or “stinky.”

Because, yes, Rotorua is an assault on the senses — most notably the sense of smell.

This olfactory assault is due to the high level of geothermal activity present in this North Island city — activity that has been drawing thousands of tourists each year since the 1800s.

And 200+ years worth of tourists can't possibly be wrong!

But what is it exactly that makes Rotorua such a great destination today, despite the strong smell of sulphur that blankets the town?

Well, actually a lot of things. If you're headed to Rotorua anytime soon, here are a handful of things to add to your must-do list.

The 5 best things to do in Rotorua, New Zealand

1. Get up close to Rotorua's geothermal activity

Centuries ago, tourists came to Rotorua to witness the awesome power of nature in the form of the region's geothermal activity. New Zealand itself is located in the Pacific Ring of Fire, and therefore is very “active” geothermally. Back in the 1800s, tourists came to Rotorua to see geysers, boiling mud, and an area known as the Pink and White Terraces. It was suggested that these were so impressive that they could have given the 7 Wonders of the World a run for their money. Sadly, they were destroyed in a volcanic eruption in 1886.

Some places you can visit to see the gamut of Rotorua's geothermal oddities include:

Or, if you'd rather a more relaxing approach to the power of Mother Earth in Rotorua, you can visit the Polynesian Spa, where you can dip into a variety of thermal pools overlooking Lake Rotorua. The pools are filled with geothermal mineral water sourced from two nearby natural springs, which really does make your skin feel lovely.

2. Be introduced to native Maori culture

While you can get a taste of New Zealand's native Maori culture all over the country, Rotorua has perhaps the most offerings. Not only are native hakas performed multiple times per day outside the Rotorua iSite (information center), but there are also a number of Maori replica-villages you can visit here. Places like Tamaki Village and Mitai Village offer nightly dinner-concert packages, which include a traditional hangi dinner (food cooked in an earthen oven) along with a concert/show that includes traditional Maori songs and dances.

Yes, these are touristy experiences, but they are very well done and absolutely worth it, especially if you don't know much about Maori culture.

An evening dinner + performance package isn't cheap, though, so if you want to save some money you could check out Te Puia, which has geothermal stuff AND some Maori cultural performances during the day.

Rotorua has been nicknamed “Roto-Vegas” because of the city's number of motels and neon signs, but anyone who has actually been to Las Vegas will tell you that Rotorua is nothing like Sin City. Rotorua is actually a super cute New Zealand city set on the shore of Lake Rotorua.

You can enjoy some beautiful architecture like the Rotorua Museum and even the iSite, take a stroll in the Government Gardens, and grab dinner on Eat Streat. You can also get great views of the city and Lake Rotorua by going up the Skyline Gondola.

4. Indulge in some adventure activities

Seeing as how New Zealanders are obsessed with adrenaline sports, it should come as no surprise that Rotorua has some of its own to offer. The must-do activity here is zorbing, where you dive into what looks like a giant hamster ball and are rolled down a hill. Go with either ZORB Rotorua or OGO, and have a blast. 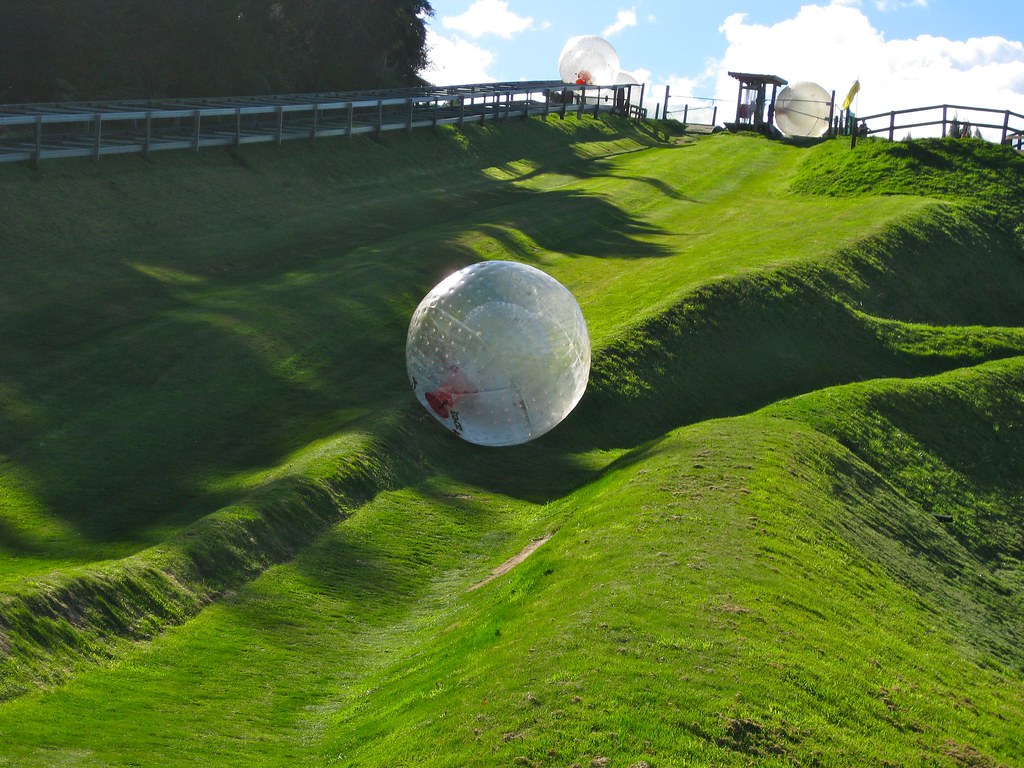 You can also head over to Agroventures for everything from bungee jumping to the giant Swoop swing, or luge down the hill from the Skyline Gondola.

5. Walk among the redwoods

Fun fact for you: Rotorua totally has redwood tress! (Yes, those massive red-barked trees that are native to California.)

This redwood grove in Rotorua was planted as an experiment starting in 1901 in an attempt to replace the native NZ forests that had been cut down for farming. Someone thought redwoods might grow well in Rotorua, and so a bunch were planted not far from downtown. As it turns out, Rotorua has an even better climate for growing redwoods than their native California does! They've flourished in this part of New Zealand, with the tallest being over 70 meters tall right now.

You can admire the redwoods from the forest floor (for free!), but the best way to experience these giants is to do the Redwoods Treewalk. You traverse a series of suspension bridges up in the trees, giving you fantastic views of both the redwoods and the surrounding forest.

I did this walk during the day, but you can also do it at night when there are lights twinkling in the trees.

Rotorua is well-situated in the center of New Zealand's North Island, meaning it's close to several other attractions that you might want to visit. Using Rotorua as a base, consider visiting places like Hobbiton, the Waitomo Caves, Taupo, or even White Island (an active volcano).

Where to stay in Rotorua

Roturua has a TON of accommodation options to choose from, no matter what your budget it. A few options I recommend checking out include:

Or you can compare prices in Rotorua here.

When it comes down to it, there's really no mystery why Rotorua has become such a popular destination in New Zealand. With everything from geothermal wonders to Maori culture to adventure sports, it really does offer enough of a variety of activities that you can almost overlook the smell.

Is Rotorua the type of town you'd add to your New Zealand itinerary? 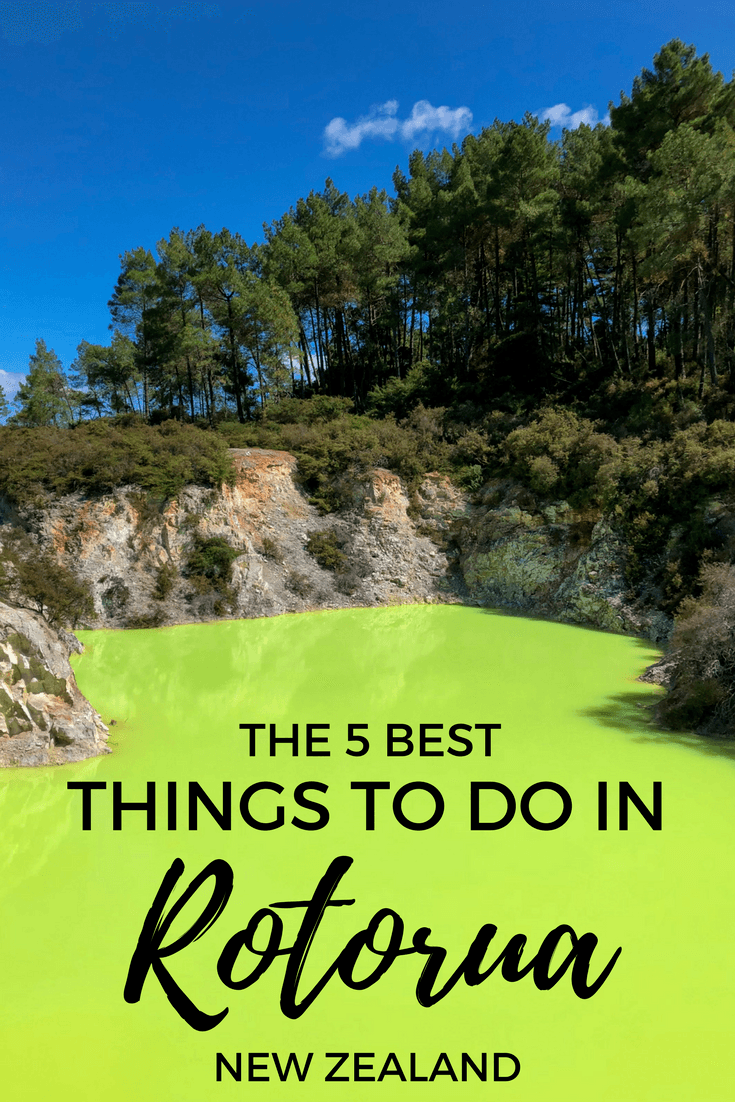 36 Comments on “Rotorua: Smelly, But Awesome”