I first heard of zorbing about a decade ago, while watching an episode of “The Amazing Race,” in which the contestants had to go zorbing in Rotorua, New Zealand. After watching teams roll and bounce their way down a hill, I decided I needed to add zorbing to my list of must-dos when I finally visited New Zealand.

It would take me roughly eight years to cross it off my list, but I finally became a Zorbonaut in 2008, when a friend and I tackled Rotorua over a long weekend. (We were studying in Wellington at the time.)

Check out our wacky zorb adventure through the following photos:

First, you choose one of two options: Zydro (where you slip and slide down the hill with water in your zorb) or Zorbit (where you are strapped into the zorb so you go tumbling head over heels down the hill). Then you get into the giant hamster-ball-looking contraption (I dove in). 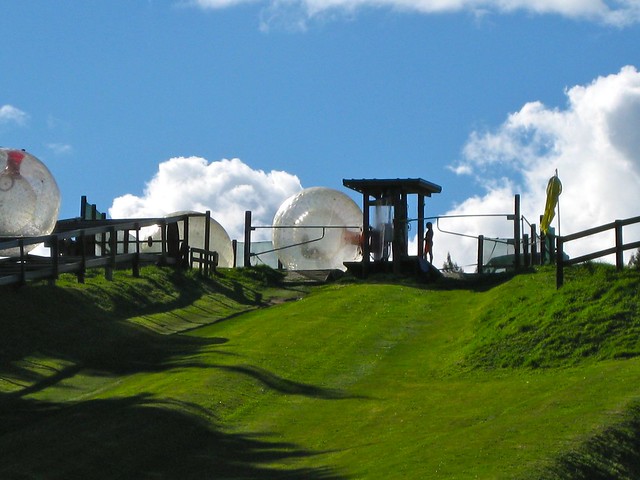 Next, you are rolled down the hill. There are different tracks to try, depending on if you’re riding alone or with a partner. 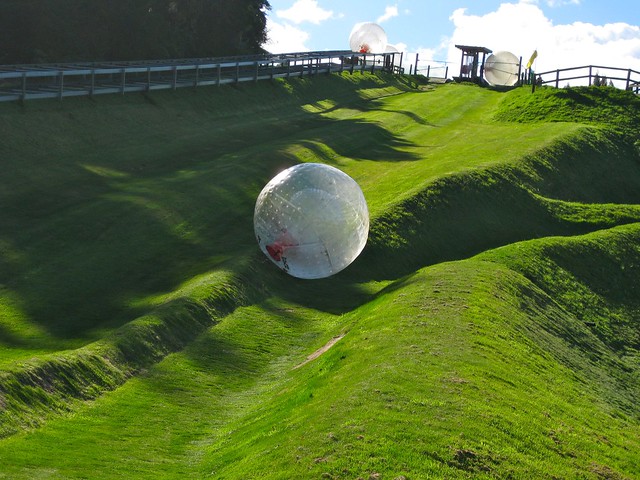 Jamie and I did the Zydro together, meaning we spent the entire ride slipping and sliding around, limbs flying. I’ve never laughed so much in my life.

When you reach the bottom of the hill, enthusiastic zorb employees maneuver your zorb so that you can slide out the opening. It’s very awkward; not unlike what I imagine being birthed would be like. Pose for a few good, wet photos, then make your way back to the lockers and changing rooms (if you’re wet like we were). And don’t forget the iconic “jump shot” before you leave. Today, there are actually two different companies offering zorbing in Rotorua. There's ZORB New Zealand, which is the “original” operator and the one I went with. And there's also OGO Rotorua, which offers similar rides.

Have you ever been zorbing before? If not, is it something you'd like to try?