After an overnight stay at the ultra-modern, somewhat-swanky Aloft Tulsa, we headed out into Oklahoma (where, yes, the wind really DOES come sweeping down the plains, as evidenced by the large numbers of windmills alongside the highway). 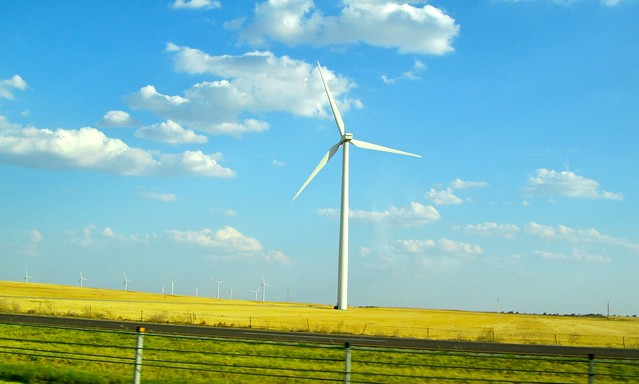 Our first stop of the day was in Oklahoma City. I had heard good things about the Oklahoma City National Memorial and Museum — which was put in place to remember the 168 people who died in the Oklahoma City bombing in 1995 — and decided we should check it out. Had I known how great and thorough this museum was, we would have been sure to allow for more time there. 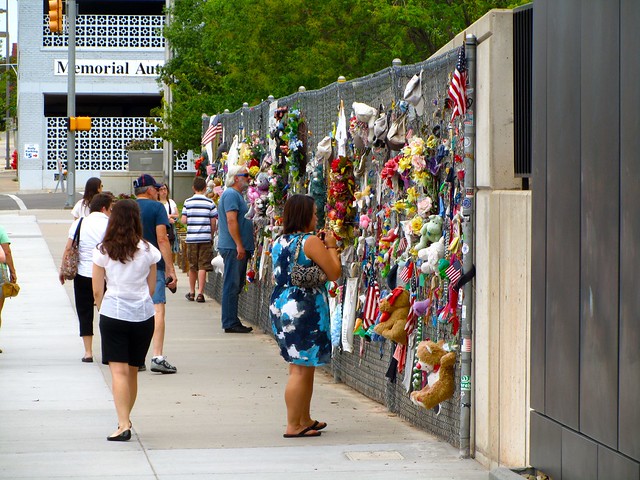 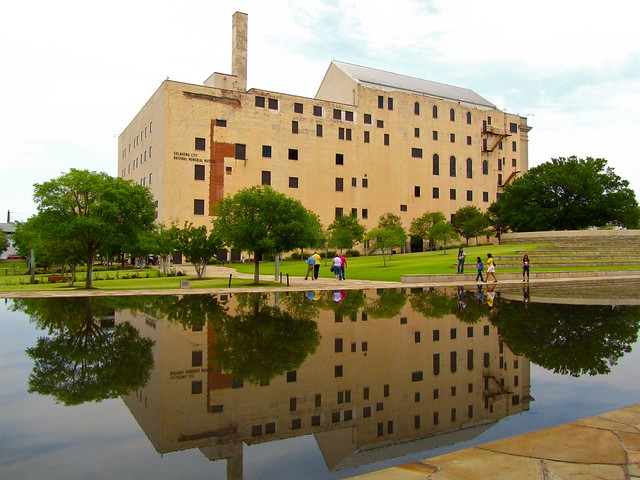 As it was, we spent about 15 minutes walking around the outdoor memorial itself, which sits on the former site of the Alfred P. Murrah Federal Building — the target of the April 1995 bombing. The most touching part of the memorial is the long rows of chairs that symbolize the victims of the attack. 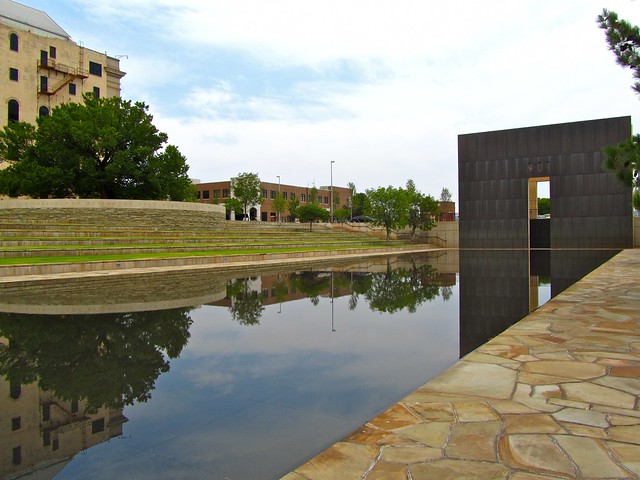 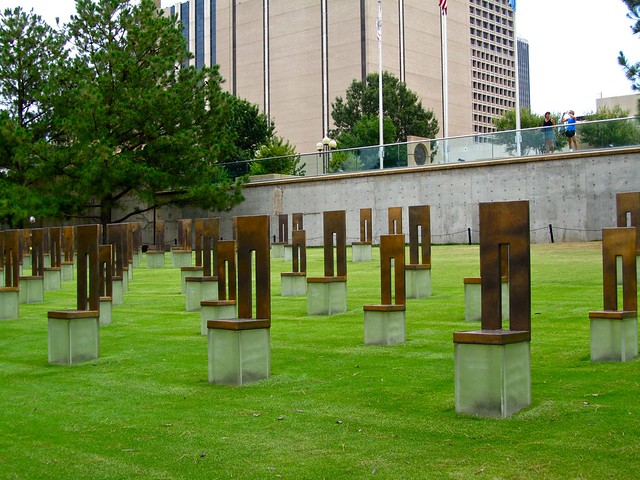 Because my sister and I were both quite young when the bombing happened (my sister wasn't even 4 yet), we didn't know very much about it. I knew more about the aftermath, but very little about the events of April 19, 1995. So we decided to pay the $8 entry fee to go into the museum.

Knowing what I know now about the museum experience, I would have gladly paid much more.

The Oklahoma City National Museum is probably one of the most memorable museums I have ever visited. It's not very large, but it is very detailed. And very visual.

The museum experience takes you on a chronological, hour-by-hour journey through the events leading up to, during, and after the bombing. The museum's rooms are filled with things salvaged from the wreckage, photos, and video interviews with survivors, rescue workers, and others who talk about the attack and its aftermath. It's evident that a lot of care went into this museum, and I think that made it all the more impactful. I know I teared up quite a few times. 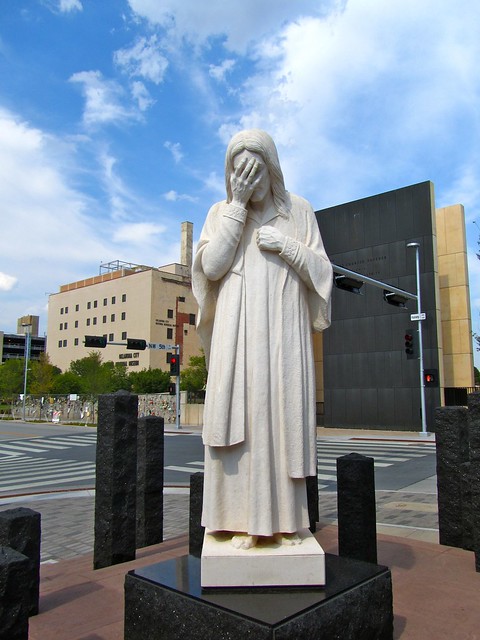 I think we've had our fill of sad, reflective spots for now, however. Between Joplin yesterday and Oklahoma City today, I think I've reached my quota for sobering experiences this week.

So what did we do next? Stop at a random rest area along I-40/Route 66 that advertised Cherokee artwork, Oklahoma souvenirs, and a real live buffalo, of course!

It did not disappoint, either, even if we never did see that live buffalo… 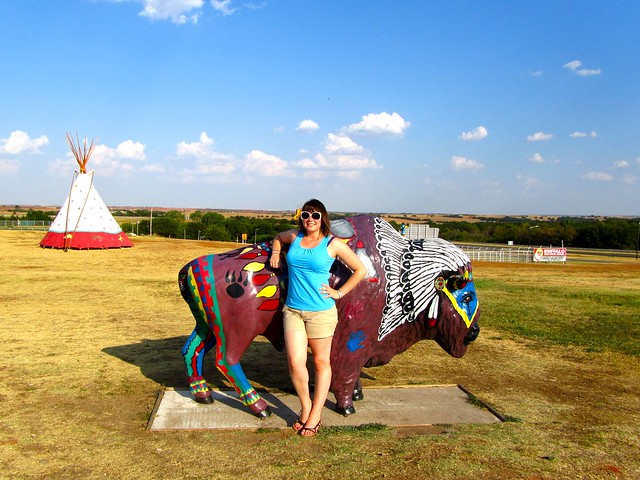 Each day, I’ll be cutting together a quick video to show you what we’ve been up to. Here's Day 4:

Because we spent roughly 3 and a half hours in Oklahoma City and then another hour at the Cherokee Trading Post, we didn't arrive in Amarillo, Texas, until after dark. So all of our Amarillo adventures (and oh, there WILL be adventures!) will have to wait until tomorrow.