As we pulled in to our campsite at the Thebe River Lodge in the town of Kasane, Botswana, I could feel my excitement growing. Not necessarily for the campsite (though it was a decent one as far as campsites go), but for the fact that we were tantalizingly close to one of Botswana's jewels: Chobe National Park.

Chobe National Park was actually Botswana's first dedicated national park, and has one of the largest concentrations of game anywhere in Africa, with the stars of the show being elephants.

Elephants are the stars all across Botswana. We had already seen them in the Okavango Delta, as well as up close and personal at Elephant Sands in Nata (my FAVORITE campsite in Southern Africa!). But now we were about to see elephants in Chobe, which would prove to be an entirely different and unforgettable safari experience.

My Acacia Africa overland group arrived to our campsite early, so we quickly made up some sandwiches for lunch and were soon being whisked off in a safari truck to the entrance to Chobe a mere 5 kilometers away.

This wasn't my first safari of this type in Africa (my first was in Kruger in South Africa), but it *was* my first of this type in Botswana. We were in the Serondela area of Chobe, near the Chobe riverfront at the northeast border of the park. This is the most-visited part of Chobe, and yet we barely saw any other safari vehicles while we bumped along the roads in the park.

We saw antelope, baboons, giraffes, and lots of hippos right away. And of course elephants. There are thought to be about 50,000 of them in Chobe National Park alone. 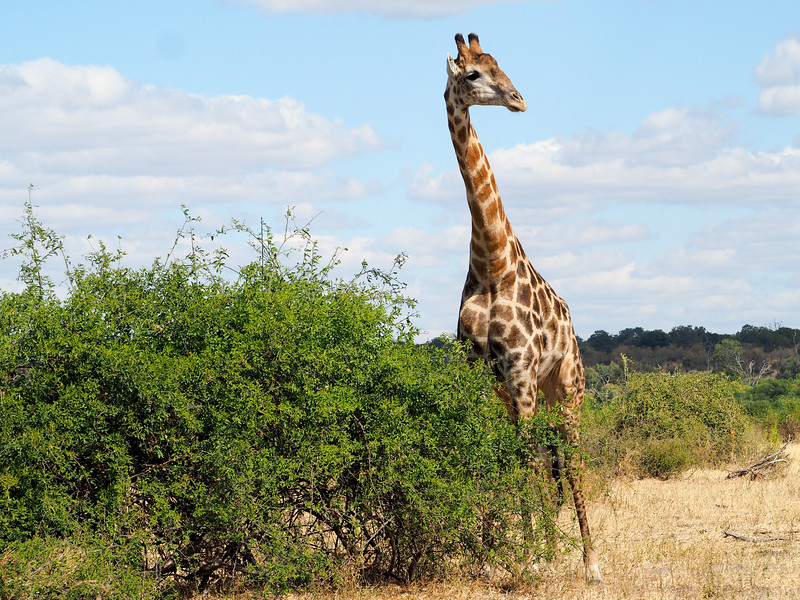 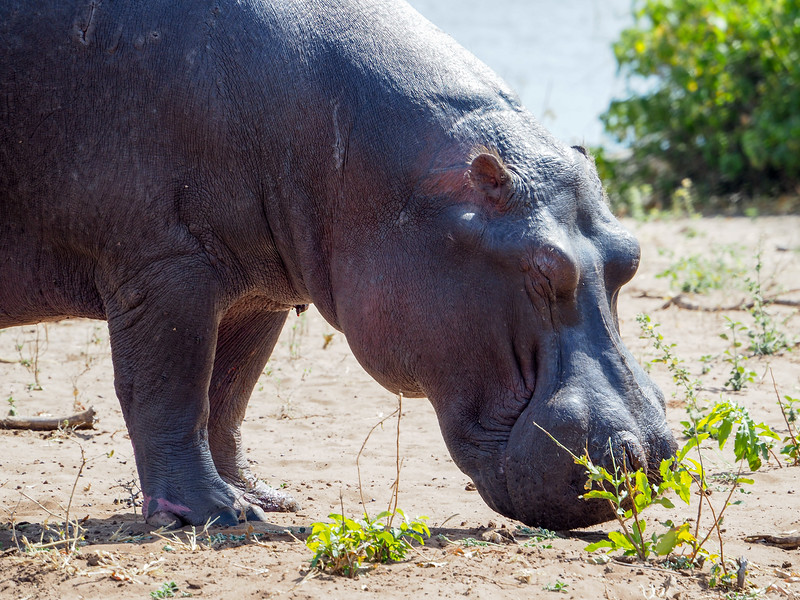 The real highlight of our land safari, though, was spying two female lions feasting on a buffalo carcass and then stumbling across the whole pride in a food coma right on the side of the road.

They were so close we could have almost reached out of the safari truck and touched them. (But of course that's a big safari no-no!)

RELATED: 8 Things to Know Before Your First African Safari

After our land safari, our guide drove us down to the edge of the Chobe River, where we all boarded a large pontoon boat for what would turn out to be one of my favorite experiences in Botswana…

The Chobe River is a section of the larger Cuando River, which flows through Angola and Namibia before eventually emptying into the mighty Zambezi River. Within Chobe National Park, the river is the main watering spot for animals during the dry season (May to October), which is exactly when we found ourselves there. 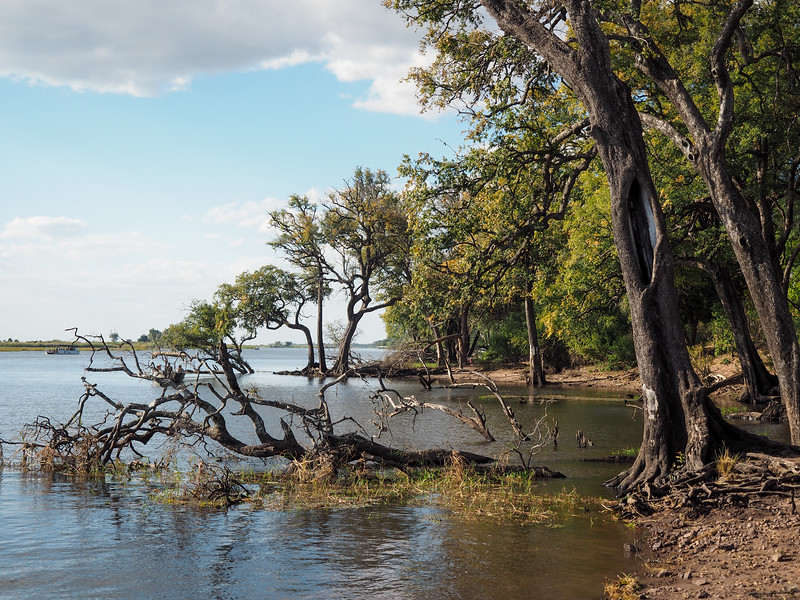 When we first set out on our cruise, I wasn't sure that it was going to be anything special. But then we started to see hippos and crocodiles and even a family of elephants on the shore. 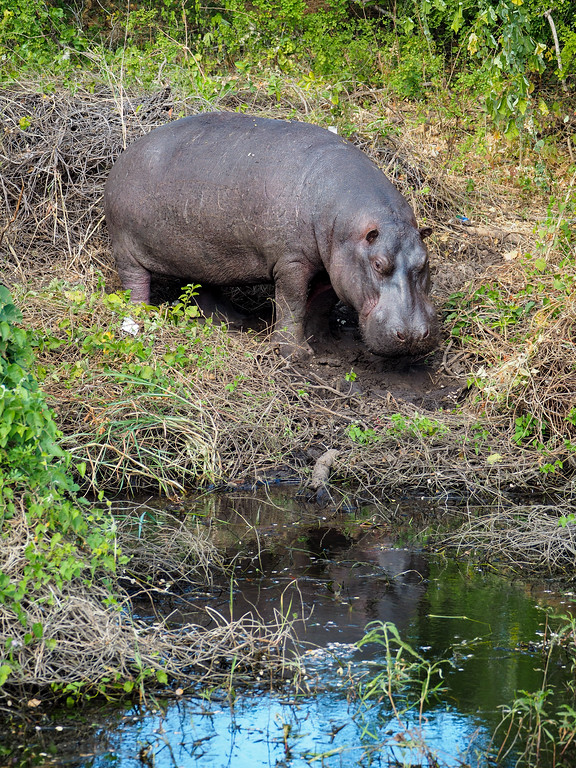 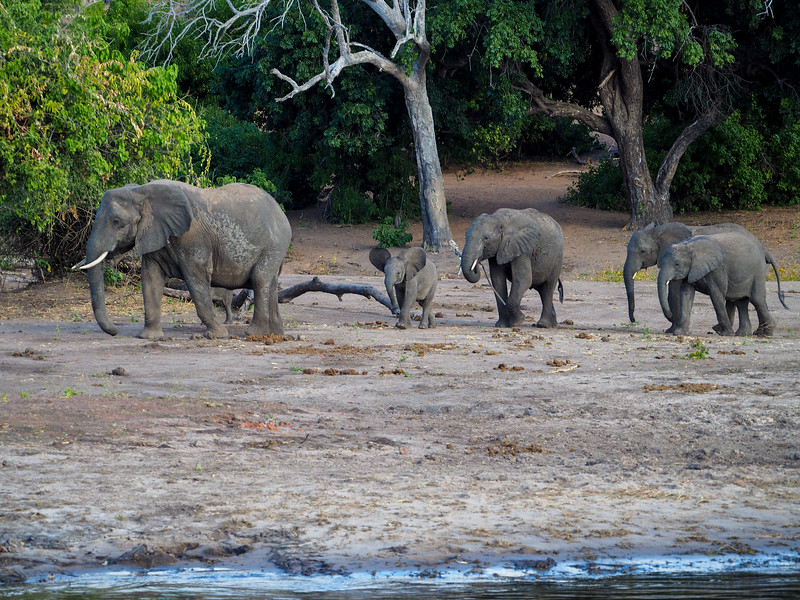 And then the river opened up wider and there were suddenly animals everywhere. Pairs of buffalo, pods of hippos, and elephants with egret passengers. And they were all in the river with us. 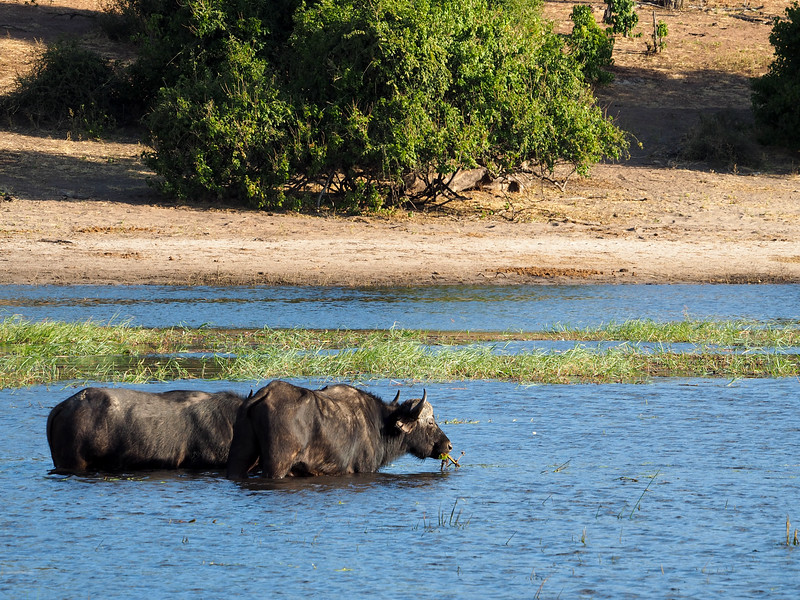 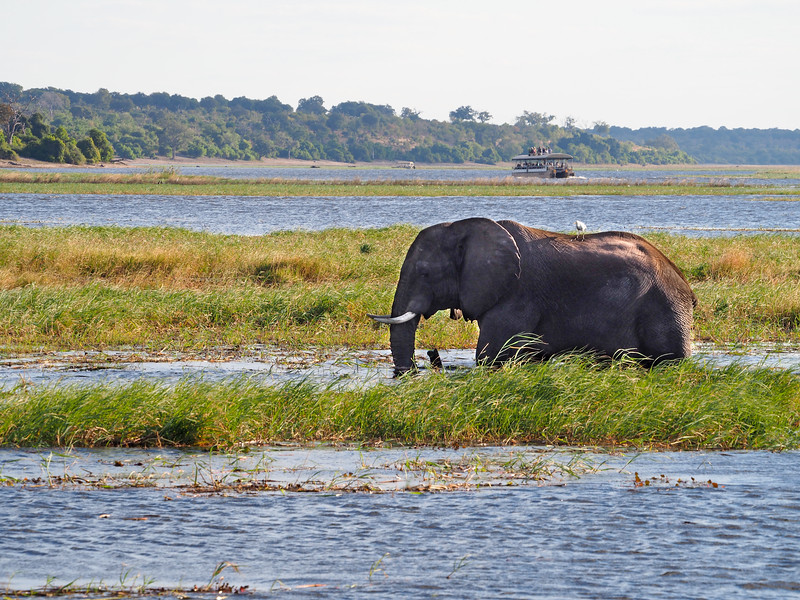 Our boat was able to sidle up alongside feeding hippos, and idled quietly while a large bull elephant went for a swim (they really DO use their trunks like snorkels!). 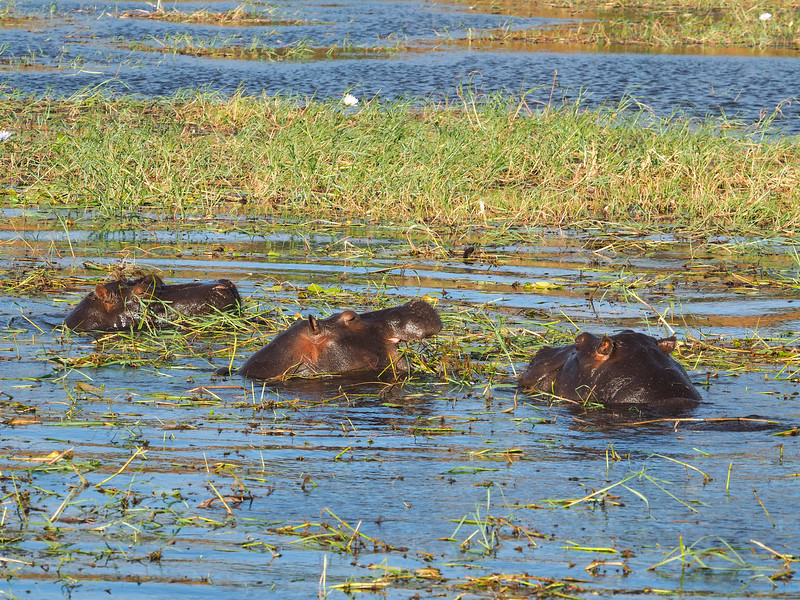 It was a totally different way to see African wildlife.

Our cruise ended after the sun set, and we headed back to our campsite for a BBQ (or “brai”) to celebrate the wildlife-filled day.

If you're planning a trip to Botswana, be sure to visit Chobe – and don't skip the boat safari! 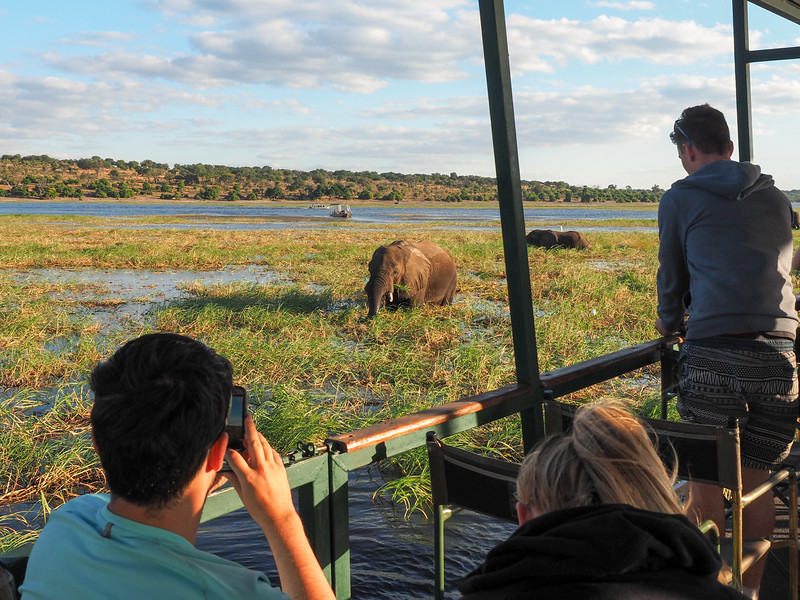 HOW I DID IT

Both of the safaris I did in Chobe were part of my overland tour through Southern Africa with Acacia Africa (check out the tour I did here).

We did both tours through the Thebe River Lodge, which is also where we camped. (They offer normal rooms, too, if you're planning your own trip.) Entrance to Chobe was included with my overland tour, but normally runs 70 Pula (less than $7 USD) per person.

Which type of safari would YOU want to do in Chobe National Park? 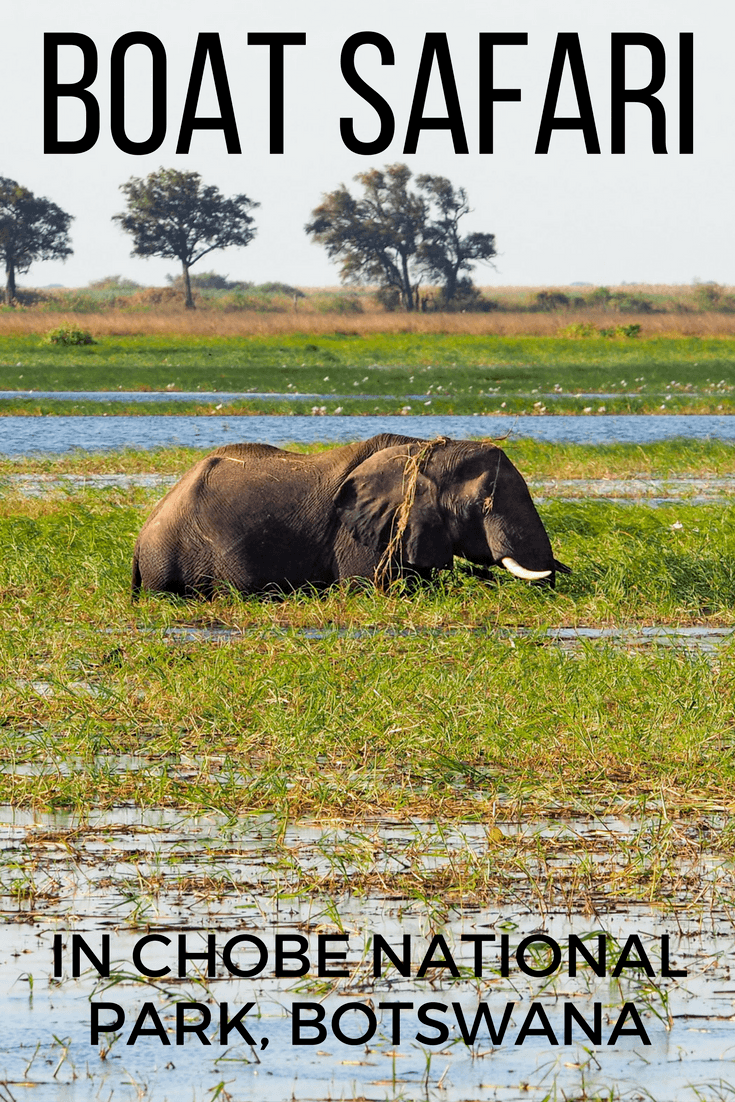 24 Comments on “Enchanted by Chobe National Park in Botswana”