What the Hell is There to do in Greymouth, Anyway?

Home » New Zealand » What the Hell is There to do in Greymouth, Anyway?

No matter how much we try to ignore it, the fact is that, even on the road in an amazing country, we can get bored.

Sure, travel is generally more exciting day-to-day than sitting in a cubicle, but even the most fascinating country can’t captivate and entertain every single day of the year. There are bound to be cities or activities that just fall short, or that just aren’t that interesting.

That’s kind of the way I felt about Greymouth, New Zealand. 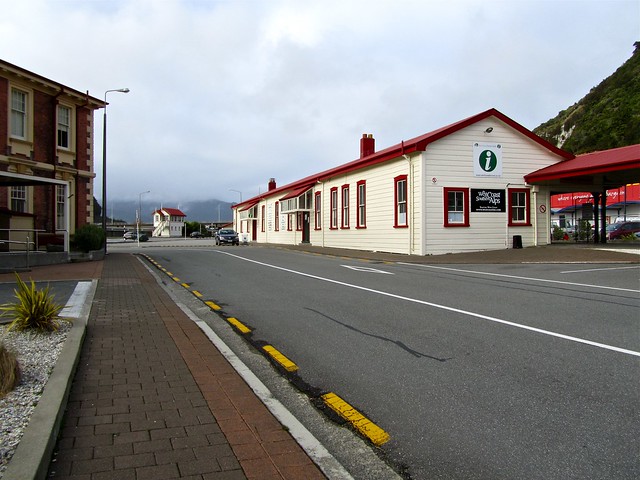 I’m convinced that Greymouth was designed to be a “just-passing-through” kind of town. It’s the departure and arrival point of the TranzAlpine train to/from Christchurch, and is generally seen as the gateway to New Zealand’s rugged West Coast.

But other than that? There’s really not much to do here.

I arrived in Greymouth around 1 p.m. after my TranzAlpine journey, figuring I would be able to occupy myself for the rest of the day in town.

Well, this may have been possible if it weren’t raining. Or if I liked beer. Or if it wasn’t shoulder season for New Zealand tourism.

But, seeing as how all the conditions seemed to be against me, all I ended up doing was roaming aimlessly around town — about three times, since there are basically only 2 main streets in Greymouth. I grabbed a pizza for dinner at a local place called Bonzai, and tried to make small talk with the handful of other backpackers at my hostel. Eventually, though, I gave up and called it an early night.

While it was frustrating to feel like I wasted a day being bored in New Zealand, it was important for me to be reminded that travel isn’t always great. And it certainly isn’t always what you expect (or want) it to be.

That being said, though, I decided to come up with some tips for others who may someday pass through Greymouth. I may have had a pretty boring day here, but that doesn’t mean you have to.

Things to do in Greymouth, New Zealand

If you talk to anyone in New Zealand and ask them for suggestions on what to do in Greymouth, they’ll probably tell you that a tour of Monteith’s Brewery is a must. Located right smack in the middle of town, this small brewery offers frequent tours – and plenty of free samples. I’ve heard good things about it, and I was almost tempted to do the tour anyway, despite the fact that I don’t drink.

There are some short hikes in the area immediately surrounding Greymouth, including the King Domain walk that heads up to 4 lookouts in the Omotomotu Scenic Reserve, and the Point Elizabeth Walkway, which is said to have good sea views. I almost decided to do 1.5-hour King Domain walk, but the rain and low-slung clouds wouldn’t have afforded a very good view. On a good day though (of which there ARE a handful per year here in Greymouth), I imagine the views would be pretty spectacular.

If you’ve exhausted your other options, take a stroll around town. It won’t take very long, but at least it will get you out of your hostel or hotel.

There’s a nice elevated walkway along the Grey River floodwall, as well as a few interesting-looking buildings in town, including some art galleries. I was a bit disappointed to find many empty shop fronts as I walked down Greymouth’s (few) streets, however. 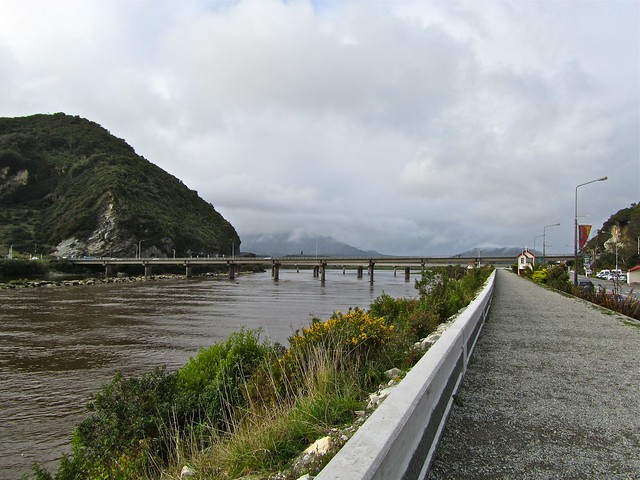 Not far north of Greymouth lies the small town Punakaiki, which is home to the “Pancake Rocks.” These limestone rocks have been eroded into weird formations that kind of look like pancakes stacked on top of one another. The sea also tends to burst through a lot of blowholes here at high tide, which makes it a popular destination on the West Coast.

If you have a car, Punakaiki is a just short drive from Greymouth. If you don’t have your own transportation, there are a few tour companies that do half-day trips from Greymouth and can coordinate with you if you're arriving on the TranzAlpine. I had hoped to check out the Pancake Rocks, but most companies require at least two bookings for the tour to go ahead. Bummer I was traveling solo.

Itching for some kitschy gold mining history? Then Shantytown is for you. The West Coast of New Zealand’s was no stranger to the country’s gold rush in the 1860s, and Shantytown aims to recreate the atmosphere that New Zealand’s gold mining pioneers would have been familiar with. Here you can ride a steam train, pan for gold, take an “old time” photo, and more.

An express bus leaves from Greymouth twice daily to coincide with the TranzAlpine's departure and arrival, allowing you a couple of hours at the attraction.

And, at the end of the day, if you just can’t shake the boredom in Greymouth, stop trying. Just accept that there isn’t much to do here, and take a night off. Just relax. Watch some TV. Chat up a stranger. Take advantage of the fact that you don’t HAVE to be doing anything. Hopefully, in the end, you can enjoy Greymouth a little more than I did.

How do you deal with a travel day that doesn't quite live up to expectations?

36 Comments on “What the Hell is There to do in Greymouth, Anyway?”