You might know a thing or two about Dublin.

But did you know that Dublin was originally founded as a Viking settlement way back in the 10th century, or that it was at one point the 5th-largest city in Europe?

Dublin's history is long and fascinating, and any visitor to the Irish capital can still experience a lot of it today. 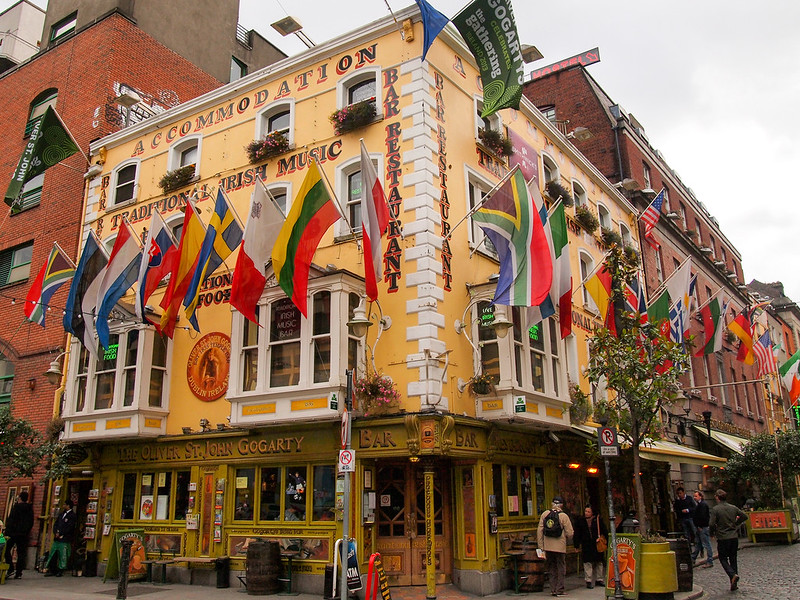 You'll find plenty of guides out there for what to do in Dublin (with the Guinness Storehouse usually at the top of any list), but I wanted to make this guide a little different. Here are all the things I think you need to do and see in Dublin if you're a history lover like me.

9 things to do in Dublin for the history lover

Let's start at the beginning at Dublinia. This museum at Christ Church has four different exhibits, including one on Viking Dublin and another about Medieval Dublin. There's also an exhibit on the “history hunters” (AKA the archaeologists) who were responsible for uncovering Dublin's past. To get an understanding of Dublin's early history, this would be a great place to start. 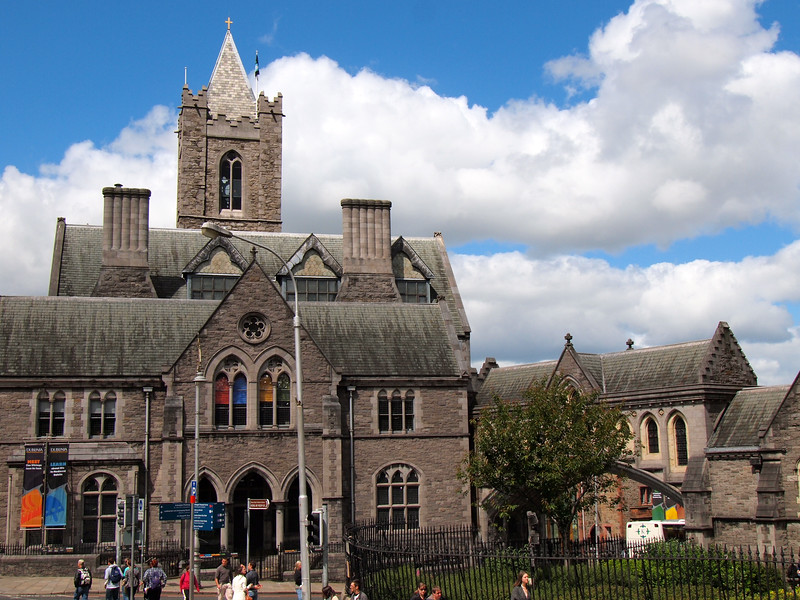 The museum is also connected to Christ Church Cathedral, which is also worth a visit with its 1000+ years of history.

2. The Book of Kells

Which of my fellow history lovers are also book nerds like me? If so, then you aren't going to want to miss the Book of Kells exhibition at Trinity College. Trinity College itself is full of history; it's the oldest university in Ireland, having been founded in 1592 by Queen Elizabeth I. The Book of Kells is even older – estimates are that it was created around 800 AD.

And just what is the Book of Kells? It's an an illuminated manuscript (essentially an illustrated/decorated book) in Latin, containing the four Gospels of the New Testament. It gets its name from the fact that it was give to Trinity College from the Abbey of Kells, and it's been on display there for hundreds of years.

Your ticket to see the Book of Kells and associated exhibit also gets you into the Long Room of the Old Library at Trinity, which is essentially any book-lovers wet dream.

Did you know that Dublin has a castle? (Well, I mean, it IS in Ireland, so I guess it shouldn't be that surprising!) Dublin Castle dates all the way back to 1204, when it was built as a fortress under the orders of King John of England. It's gone through some renovations since that time (after a fire in the late 1600s, it was rebuilt as a Georgian Palace, which is what you can see today), but was used as the seat of British rule in Ireland until 1922. 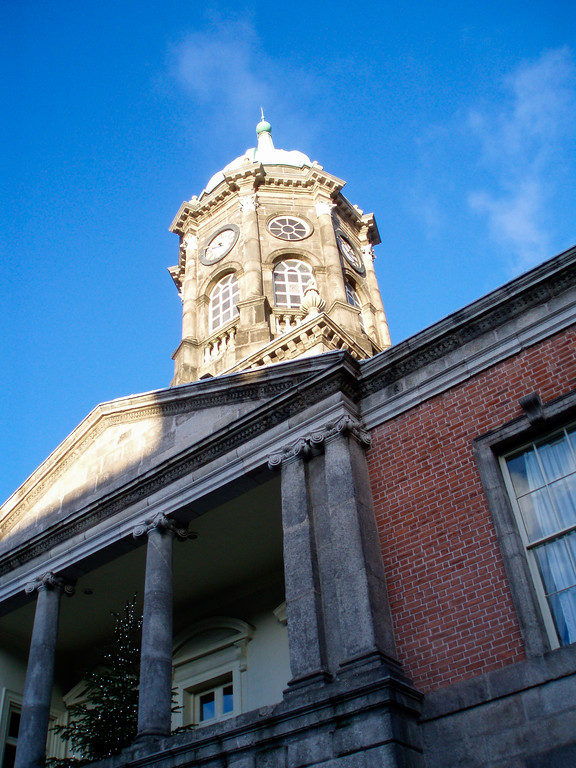 Today, the castle is mostly a tourist attraction. You can visit the former state apartments and Gothic Chapel Royal, and also see where they've excavated past the history of the current castle into some Viking ruins.

While no longer used as a prison, Kilmainham Gaol still remains an important site in Dublin. It was built in 1796 and served as a jail (gaol) for 128 years. Most notably, it's where many of the leaders of the 1916 Easter Rising (a major event in the campaign for Irish independence) were imprisoned and later executed by the British.

Kilmainham ceased being a prison in 1924, and today is a museum run by the Office of Public Works. You can take tours of the old prison blocks, hear stories about the kind of conditions the prisoners endured, and learn about some of the more famous people who were imprisoned there.

And if you want to learn more about the Easter Rising itself, you might want to visit the GPO Witness History Visitor Centre, located on O'Connell Street. The GPO (General Post Office) served as the headquarters for the leaders of the Easter Rising.

Located on the south side of Dublin's city center, Merrion Square is the place to go if you love architecture and colorful doors. The square was laid out in the mid-1700s (so yes, it's definitely historical!), and its Georgian townhouses at one time housed famous Irish writers like Oscar Wilde and W. B. Yeats. 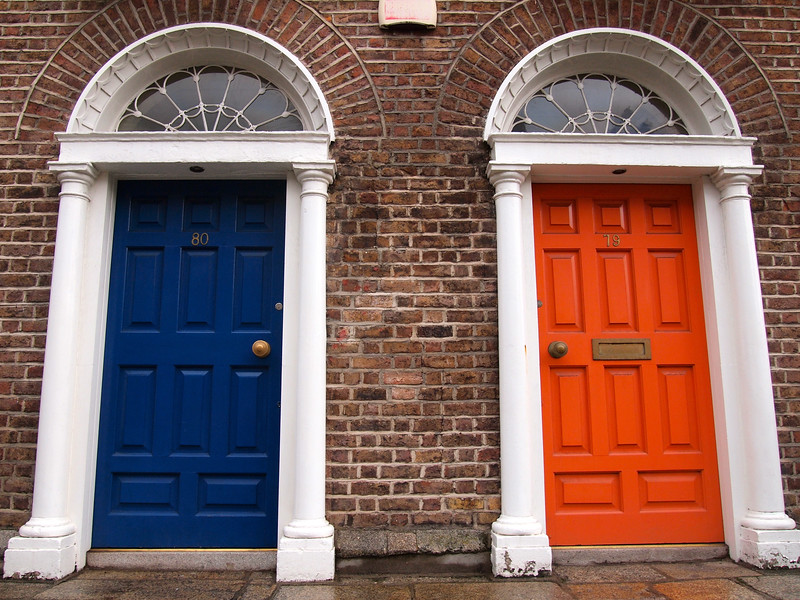 Today, many of the building on Merrion Square house offices, but you can still go to enjoy the architecture and the public park in the middle of the square (the park is where you can find the statue of Oscar Wilde, too). Merrion Square is also close to the Natural History Museum and National Gallery.

Speaking of famous Irish writers, Dublin is also home to the Dublin Writers Museum. The museum itself only opened in 1991, but it's housed in an 18th-century house on Parnell Square, and celebrates Irish writers and poets who have made an important contribution to literature (and especially Irish literature).

If this sounds up your alley, you can also visit the nearby James Joyce Center (honoring another famous Irish writer), or sign up for a literary pub crawl around Dublin.

In Europe in general, the oldest buildings besides castles are usually churches. This is true in Dublin, too. St. Patrick's Cathedral, the National Cathedral of the Church of Ireland, was founded in 1191 and is both the largest and tallest church in the country.

Christ Church Cathedral (which I mentioned earlier in this post) is even older.

Found on Custom House Quay in Dublin, the Jeanie Johnston Tall Ship is a replica of the original, which made 16 journeys from Ireland to North America between 1847 and 1855. During this time, people were fleeing Ireland due to famine – 2,500 people emigrated on the Jeanie Johnston alone.

Visiting the tall ship includes a tour where you'll learn about the ship, the famine, and the people who made the journey to North America. Cool fact: Even though sea travel was less than glamorous in those days, not one single person died on a journey with the Jeanie Johnston.

This iron footbridge built in 1816 was the very first footbridge in Dublin to cross the River Liffey. The bridge was built as an alternative to a ferry that used to cross the river, and required the same toll: a ha’penny (or half penny). Today, the bridge is one of the most photographed sights in Dublin.

Dublin has its fair share of great pubs, but if you want to try out something a little different, check out one of these spots:

The Bank on College Green – This restaurant and pub is located near Trinity College and is in a building that used to be the Belfast Bank (which dates back to 1892). They just won an award for the best pub with food in Dublin, meaning it's both historic AND tasty.

The Church – This pub, restaurant, and music venue used to be (can you guess?) a church! St. Mary’s Church of Ireland was built in the early 18th century, closing in 1964. Today, The Church, opened in 2005, is a premier place to visit in Dublin for food, music, and fun.

Here are a selection of tours to help you explore Dublin's history:

You can also visit many of the places listed above for free with the Dublin Pass (which also comes with free airport transfers and a hop-on, hop-off bus tour).

Many of Dublin's hotels have history. But if you're looking for some of the most famously historic places to stay, you'll want to check out:

The Clontarf Castle Hotel – Located about 10 minutes outside of Dublin, this is a 4-star castle hotel that's often rated one of the best in all of Ireland. The original castle here dates back to 1172, and you'll find old and new mixed both in the architecture and decor. (Read reviews on TripAdvisor | Book a room here!)

Schoolhouse Hotel – Yes, this boutique hotel is in a former schoolhouse! Found in the Ballsbridge, the building originally housed a school from 1859 through 1969. It was restored in 1997, but retains all of its historic charm. Inside, each room is named after a famous Irish writer. (Read reviews on TripAdvisor | Book a room here!)

The Shelbourne – Looking for historic luxury in Dublin? Then check out the Shelbourne on St. Stephen's Green. The 5-star hotel dates back to 1824 and has played host to famous guests, from diplomats to actors. (Read reviews on TripAdvisor | Book a room here!)

Where are my fellow history nerds at? What are your other favorite attractions in Dublin? 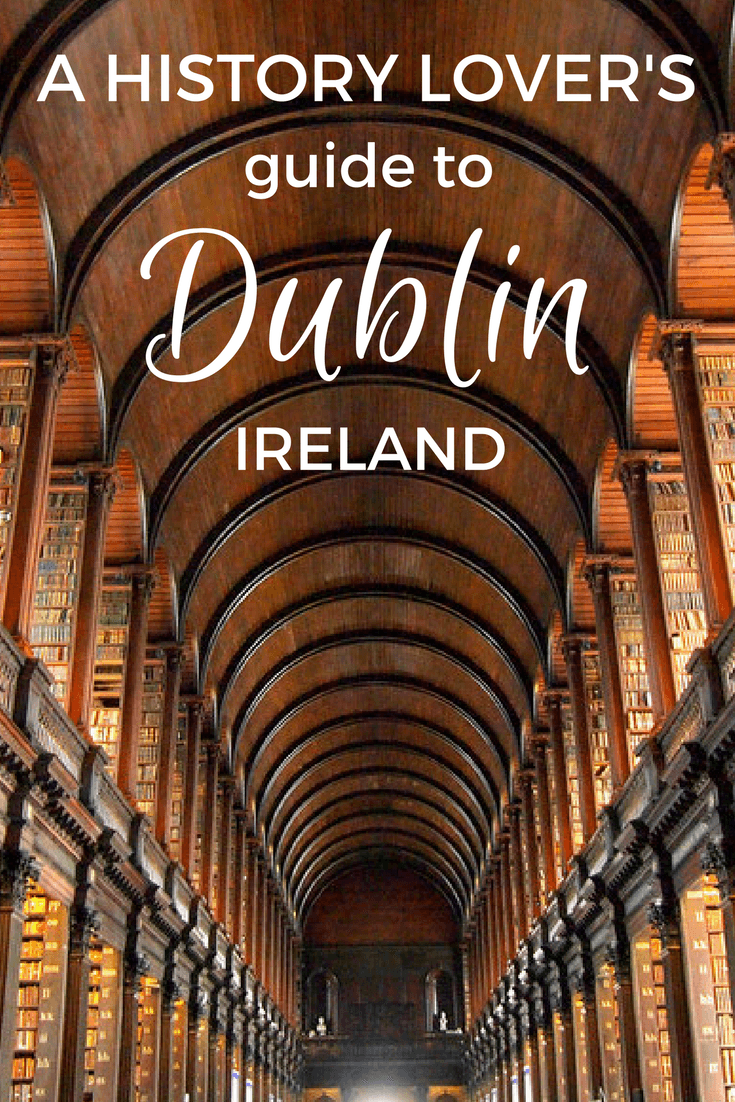 19 Comments on “A History Lover’s Guide to Dublin, Ireland”