The Hidden People (Elves) of Iceland

Myths, legends, folk tales — I love them all, especially as they relate to new places I travel to. They are a great insight into a country's traditional culture, and are always really fun to hear about.

I've learned about Maori legends in New Zealand, and Irish myths in Ireland…

But nothing quite compares to the folk tales of Iceland.

Full of elves, trolls, and “hidden people,” the folk tales of Iceland are made all the more fascinating because a majority of the population of 300,000 actually believes in them.

Go on just about any tour in Iceland, and you'll likely hear at least one story that involves elves or trolls.

Those fallen boulders in the middle of a field? Trolls.

The sea stacks off shore in the midst of crashing waves? More trolls.

Ignoring the fact that most of these things can be explained scientifically (after all, this is a land where earthquakes and erupting volcanoes abound), most of the folk stories are actually quite fascinating.

The troll stories all follow the same basic plot — night trolls (who can only be out in darkness) are too busy stalking prey to notice the sunrise (or simply stray too far from their caves to get back before sunrise), and are turned to stone in the first rays of daylight.

These troll stories are plentiful — probably because there are a LOT of big rocks in Iceland. But it was actually the story of the “hidden people” or Huldufólk — sometimes also called elves, sometimes not, depending on who you ask — that really caught my interest.

The hidden people are either said to look like small children, or like tall, beautiful humans-that-aren't-quite-humans. I couldn't quite figure out why they are sometimes synonymous with elves and sometimes not — but I think the belief just depends on which Icelander you ask.

Either way, I was told the same story about the origin of the hidden people on more than one occasion, so that's the one I'm going to share with you here.

The story dates back to the days of Adam and Eve. Yes, that Adam and Eve. In this version of the story, God would come visit Adam and Eve every once in a while to check up on them and their many children.

Before one particular visit, however, Eve wasn't able to find enough time to tidy up all of her children — a couple of them were still dirty and unpresentable when God arrived. So Eve told the children to hide, figuring God wouldn't notice their absence among so many other children.

But of course God did take notice, and asked Eve multiple times “Are these all your children, Eve?” She told him yes each time, but her lies did not fool God.

God got very angry with Eve and told her, “What you have hidden from me, I shall now keep hidden from you.”

And so the hidden people were born. God gave them the ability to show themselves occasionally — but only to those who they chose. Which explains why many Icelanders tell stories of seeing elves and other hidden folk all over Iceland. 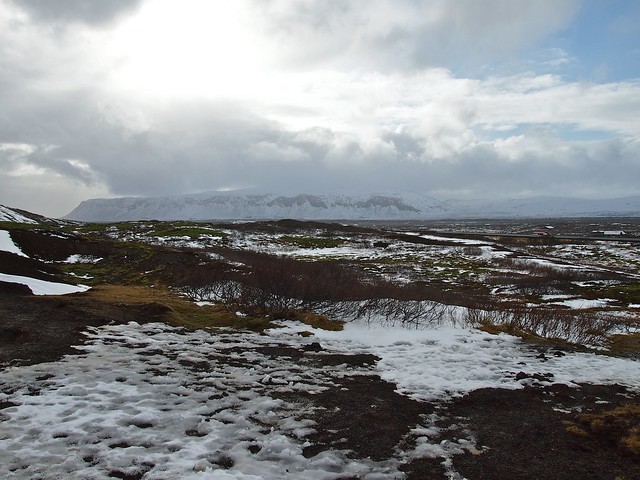 To you and I, this may sound like just another folk tale. But in Iceland, dating back for centuries, people have believed in such mythical creatures very seriously.

There have been quite a few noticeable instances — even as recent as in 2016, when road workers had to dig up an enchanted rock that was accidentally buried — of construction projects being postponed for fear of building on land occupied by hidden people. An “expert” of some sort often has to be called in to parlay with the elves to ask their permission to build on the land. If this crucial step isn't taken, “bad things” tend to happen in conjunction with the projects.

All over Iceland, you can see signs of these beliefs — from trinkets is shops to little houses in gardens meant for the elves to live in.

I was told by one guide that at least 50% of Icelanders either believe in hidden people/elves, or at least believe in the possibility that they could exist.

And you know what?

In a place as wild and magical as Iceland, it's quite easy to be convinced that trolls do live in the hills, and that you can find elves frolicking across the lava fields. 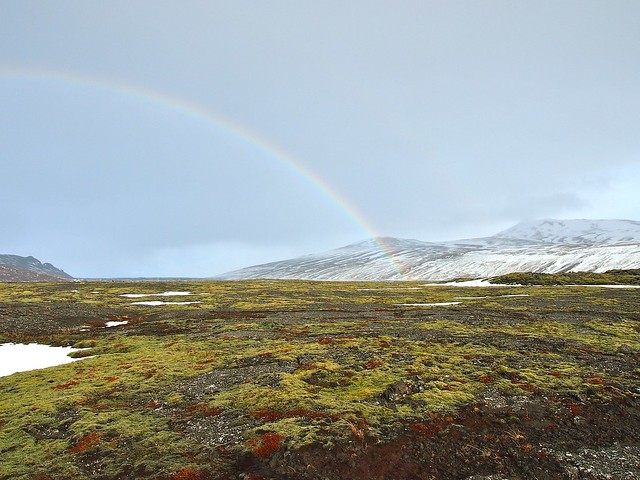 READ NEXT: 25 Photos That Prove That Iceland is Magical

What do you think about Iceland and its elves/hidden people?

47 Comments on “The Hidden People (Elves) of Iceland”