September is always a weird month of the year. Kids are going back to school, there are usually a few travel conferences happening, and the weather in Ohio is trying to figure out whether it wants to still be summer or move on to autumn.

This September was no exception: it was kind of all over the place! After getting home from my trip to Iceland/Greenland with my dad, I was traveling every other week throughout the month. This meant less work got done than was ideal, but also meant I got to visit some new parts of the US!

September: The month in travel

I didn't leave the country in September, but I did leave Ohio a couple of times – both for work, and for fun.

The best thing I ate: Both Asheville and Austin have some great BBQ (not to mention tacos in Austin!), so settling on just ONE thing is tough. I'll call it a tie, then, between pulled pork at Buxton Hall Barbecue (it didn't even need BBQ sauce!) in Asheville and brisket at Terry Black's Barbecue in Austin.

The most epic thing I did: Walking out on the roof of the Biltmore Estate was pretty cool, but this honor has to go to the two hours my friend Cailin and I spent at the FOMO Factory in Austin. The FOMO Factory is a pop-up interactive art exhibit that warps you back to the '90s and makes all your wildest Instagram dreams come true. This was the first time I'd gone anywhere that was specifically designed for Instagram and selfies, and it was really fun!

Touring the Biltmore Estate – Earlier this summer, my mother-in-law called me up and said she wanted to drive down to Asheville, North Carolina, in order to see a Dale Chihuly glass exhibit at the Biltmore Estate. Since I love road trips and had never been to that part of NC before, I immediately said yes! We spent a full day at the Biltmore, the mansion built in the late 1800s by the Vanderbilt family. The mansion itself is beautiful and fascinating, and we also enjoyed the gardens, Chihuly installations, and shops and winery that are also on the estate.

Exploring Asheville, NC – Speaking of Asheville, the city itself is pretty cool! It's in a beautiful spot in the Blue Ridge Mountains, and is filled with cool shops, lots of breweries, and some excellent food. We spent one whole day hopping on and off the trolley that tours around the city, which is the perfect amount of time to get to know Asheville.

Visiting Austin for the first time – Towards the end of the month, I jetted off to Austin, Texas, for the first annual TravelCon conference. Along with going to the conference and catching up with some of my blogger friends, I also got to get a small taste of Austin! It was my first time in this part of Texas, and I'm glad to have finally been able to visit.

Other than it being pretty darn hot in both Asheville and Austin, I don't have much to complain about this month.

September on the blog

Back-to-school season usually means a dip in traffic for most travel blogs, as people are more concerned with new school clothes and homework than planning trips. Traffic, therefore, was a bit down this month. I also was traveling on and off all month, which meant less posts published than I would have liked. But there's always next month.  😉

Other posts published in September:

Most popular Instagram post: You guys loved Greenland as much as I did! Including this colorful photo from Ilulissat that proves that Greenland is actually green(ish) in the summer!

Even though most people picture icebergs and desolation when they think of Greenland, the truth is that people – 56,000 of them – do call this place home. Before my trip to Greenland, I really had no idea what to expect of Ilulissat, the third-largest city in the country with a whole 5,000 residents. That’s a small town even for someone who describes herself as a “small-town girl.” But this was one of those delightful cases where my uncertain expectations of a place were completely blown out of the water. Not only was Ilulissat charming with its colorful buildings and August wildflowers, but I also found a whole lot more to do than I expected! Along with icefjord cruises and sled dog puppy encounters, my dad and I visited an art museum, ate lunch in the sun outside a little cafe, and even tried beer produced at a local brewery. For anyone who’s thought about Greenland in a “who would ever go there?” kind of way, it’s time to reassess those preconceived notions! Greenland is a fascinating and beautiful place to travel, and I already can’t wait to plan my next trip! Would you ever want to visit Greenland?

This was a pretty exciting month business-wise, with a travel conference and a big travel writing award on the books. My income has been fairly steady the past few months, too, which is definitely encouraging.

Speaking at TravelCon – I mentioned above that I went to Austin for TravelCon, but I didn't just go to the conference; I also spoke there! I gave a session on affiliate marketing for travel bloggers, and it went really well. I hope to do more speaking/teaching like this in the coming year!

Winning a Lowell Thomas award – The day I was flying home from TravelCon, I found out that I had won the Silver Award for Best Travel Blog in the Lowell Thomas Travel Journalism Competition, which is hosted every year by the Society of American Travel Writers (SATW). This was super exciting and such an honor; I know that I'm personally very proud of what my blog has become, but it always feels good to have others validate it, too. The Lowell Thomas Awards are a pretty big deal (my blog's name was on that list along with publications like National Geographic and writers like Tim Cahill and Rick Steves!), and I'm still quite giddy about it! 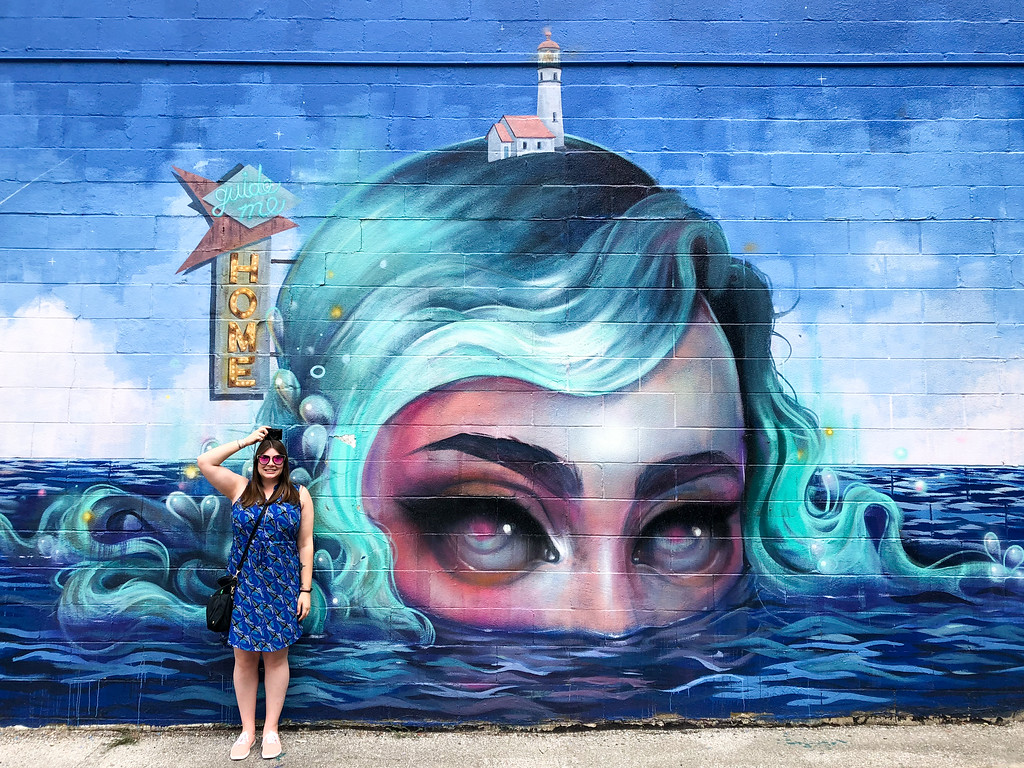 I didn't have any major setbacks business-wise this month; things are going along pretty well, which is super exciting in an industry where things like steady paychecks aren't usually the norm.

Aruba – As this post publishes, Elliot and I will be on our way to Aruba to celebrate our first wedding anniversary! We're going to hang out with flamingos, go snorkeling, and eat ALL the seafood! And while I won't be doing much work while we're gone, there's a good chance I'll still be posting some of the highlights on my social channels – so stay tuned!

Manitoba – Towards the end of the month, I'm headed up to Winnipeg, Manitoba, and then Churchill in order to hopefully see polar bears! Churchill is known as the “polar bear capital of the world,” because in the fall, when the ice is starting to form on the Hudson Bay, there are more bears in town than humans. I've booked a tour with Frontiers North Adventures and will be spending 3 nights at their tundra buggy lodge and going on daily polar bear “safaris.” This is a total bucket list trip for me, and I can't WAIT!

And remember that you can follow along in real-time with all of these adventures through my IG Stories on Instagram!