I blame my fascination with getting glimpses into other people's homes on my mother. She (and I and my sister) is what she calls “nibby.” It's a term passed down from her West Virginlinaia-born father, and basically just means “nosy” or “inquisitive.”

It's why I peruse real estate listings online even when I'm not house-hunting; why I've toured stately homes, mansions, and castles everywhere from Montana to England; and probably has had something to do with my obsession with shows like “Downton Abbey.”

So yes, I'm a little bit nibby when it comes to seeing how other people live.

But one place that invites this sort of nosy-ness, and actually kind of encourages it? The Biltmore Estate in Asheville, North Carolina.

Fun facts about the Biltmore Estate

The Biltmore Estate was built between 1889 and 1895 by George Washington Vanderbilt II, of the prominent Vanderbilt family (who owned various shipping and railroad companies). The house was opened up to visitors by George's daughter Cornelia in 1930 as a way to help the estate (and the city of Asheville) weather the Great Depression.

The Biltmore is still owned and run by George Vanderbilt's descendants, and is fascinating to visit.

Before we get into my tips for visiting the Biltmore, though, here are some more fun facts about the house:

Tips for visiting the Biltmore Estate

The Biltmore Estate is one of the top attractions in North Carolina, and certainly the top thing to see in Asheville. Yes, the house can get crowded, and yes, the whole place is touristy. But it's absolutely worth visiting!

The house is still owned by George Vanderbilt's family, and still has a lot of its original features, from artwork to furniture. Which makes it an excellent house to snoop around if you ask me.

If you're planning to visit the Biltmore, here are some tips on how to make the most of your trip:

1. Buy your ticket in advance

You can buy your Biltmore tickets when you arrive at the house, but I highly recommend buying them online in advance instead. This will ensure you get a ticket for the day you want (because yes, they DO sometimes sell out, especially on popular weekend days), and saves you an extra stop of your way in since the ticket sales require you to pull over on your way into the Estate.

Print your tickets yourself, too, otherwise you'll still need to make that stop at ticketing on your way in.

The Biltmore sees more than 1.4 million visitors per year, which means you're never likely to have the place to yourself. But if you want to have the best chance of beating the crowds, go as early as you can.

The house usually opens at 9 a.m., and going early will give you a jump on the midday crowds – AND get you the best parking closest to the house. The closest parking lots are only a 5-minute walk to the Biltmore house, while the lots further out might require you to wait around for a shuttle.

In the summer, you'll also want to go earlier in order to avoid the worst of the heat.

Speaking of avoiding the heat… if you're visiting on a warmer day, I recommend visiting the gardens first thing in the morning. Because yes, the gardens are definitely worth exploring!

Designed by landscape architect Frederick Law Olmsted, the Biltmore has more than 30 acres of formal and informal gardens. The ones most worth exploring are relatively close to the house, though. I recommend the Italian Garden, the Walled Garden (with a walk through the Shrub Garden on the way), and the Conservatory – make sure to check out all the orchids!

4. Pay for the audio guide

Tickets for the Biltmore House aren't cheap, so I understand wanting to save some money by skipping extras. But one extra you don't want to skip is the audio guide. It's only $12 per person, and really does enhance your visit.

Regular tours through the Biltmore are self-guided, so the audio guide acts as a tour guide, telling you facts about each room you visit. You'll learn more about George Vanderbilt and his family, the building of the house, all the artwork, and what day-to-day life was like for everyone from the Vanderbilts to their guests to the house staff. It's super interesting and you'll learn a lot.

For example, as you stop in the music room, the audio guide will tell you about how the Biltmore (and the music room in particular) was used during World War II to secretly store paintings and sculptures from the National Gallery in Washington, D.C.

When using the audio guide, allow at least 2 hours to tour the entire house.

You can book an audio guide online when you buy your ticket. But I also recommend stopping at the guest services booth next to the house when you arrive to find out what specialty tours are being offered that day. These tours are another extra, but they are excellent and allow you to access parts of the house that you can't visit on a normal tour.

For example, I went on the Rooftop Tour, which takes you up to the 4th floor of the Biltmore, where you'll see the original blueprints for the house and George Vanderbilt's “man cave” before heading out onto the roof. This tour gives you a completely different vantage point, and gives you a greater appreciation of the Biltmore's architecture.

Another popular extra tour is the Upstairs-Downstairs Tour, which explores what the lives of the Biltmore's servants would have been like. I didn't get to do this one, but I'm told you'll love it if you were a “Downton Abbey” fan!

Check out the rest of the Biltmore's guided tours here.

Yes, the Biltmore has several dining options, too! Most are located in either Antler Hill Village or at The Inn on Biltmore Estate, but there's one restaurant right at the Biltmore House.

The Stable Cafe is adjacent to the house, and is located in (can you guess?) what used to be the old stables. The Stable Cafe serves up some really good options (including some fantastic salads!) at pretty reasonable prices. Plus, this horse-lover just thinks it's cool to eat in an old converted stable.

You'll want to make reservations in advance to make sure you can get a table.

You could easily spend the whole day at the Biltmore House and Gardens, but you'll want to make sure you leave some time in the afternoon to explore Antler Hill Village, too.

It's located about 5 miles from the Biltmore House, and has shops, craft demonstrations, an exhibition on the Vanderbilts, and an outdoor adventure center where you can book things like horseback rides.

As long as you're over 21, you Biltmore ticket will include a free wine tasting at the Biltmore Winery. The winery was begun back in the 1970s by George Vanderbilt's grandson, William Cecil. The Biltmore Winery officially bottled its first wines in 1984, and opened to the public in 1985.

Today, the Biltmore Winery is one of the most-visited wineries in the United States.

Head over to the tasting room for your free tasting, and then stick around to shop, sip another glass at the wine bar, or try another specialty wine experience, like a behind-the-scenes tour or a red wine and chocolate pairing.

9. Plan on dinner in Biltmore Village

While you could make a dinner reservation at another of the Biltmore Estate's eateries, I actually recommend heading off-property for dinner. You don't have to go very far, though – just head over to the Biltmore Village, the community George Vanderbilt planned and built for all his staff located right across from the entrance to the Biltmore Estate.

If you can snag a reservation, head to the Corner Kitchen for dinner. This farm-to-table restaurant is located in one of the village's original houses, and has hosted diners like President Barack Obama in the past.

Also take some time to stroll through the village, which is incredibly cute.

Book your Biltmore ticket, audio guide, and lunch together!

Where to stay near the Biltmore

The Windsor Boutique Hotel – A boutique option in downtown Asheville that's the #1 rated hotel in the city on TripAdvisor.

The Omni Grove Park Inn – A luxury resort located up on a mountain just outside of downtown Asheville. Tons of famous people have stayed here, including 10 US presidents, Henry Ford, Helen Keller, and F. Scott Fitzgerald (who stayed for 2 years).

Holiday Inn Express Asheville – An affordable hotel outside of the downtown area. This hotel is across the street from an outlet mall, and just up the road from the entrance to the Blue Ridge Parkway.

Have you ever been to the Biltmore? If not, is it a house you'd like to tour? 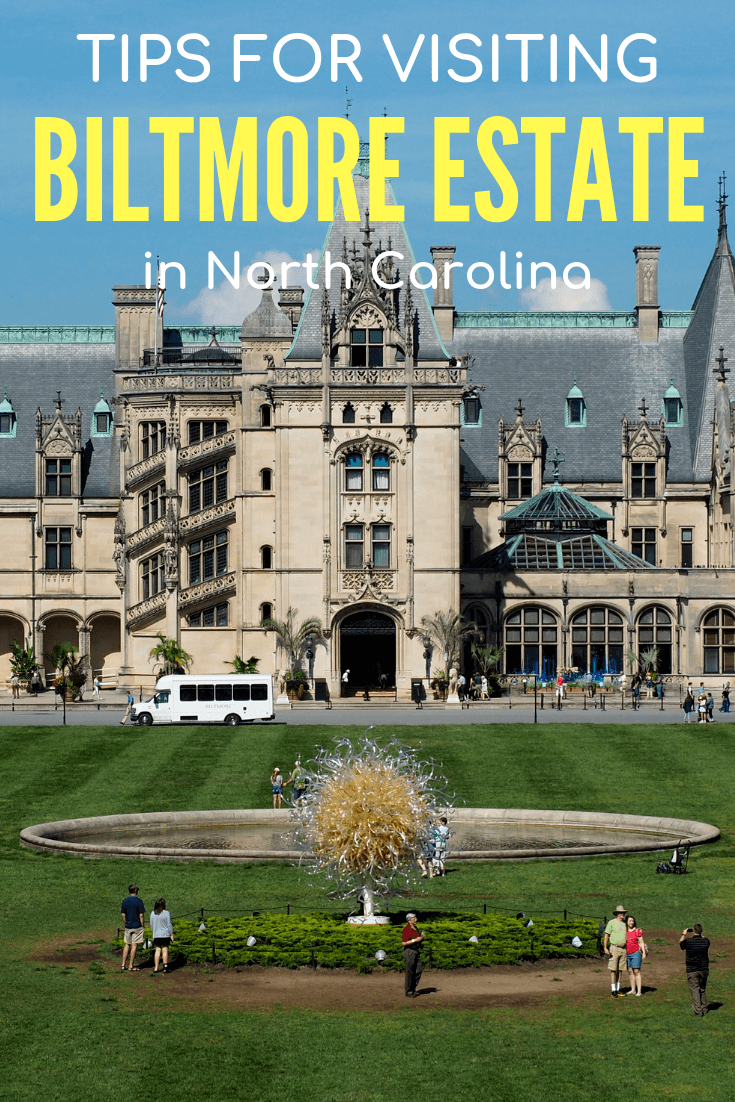 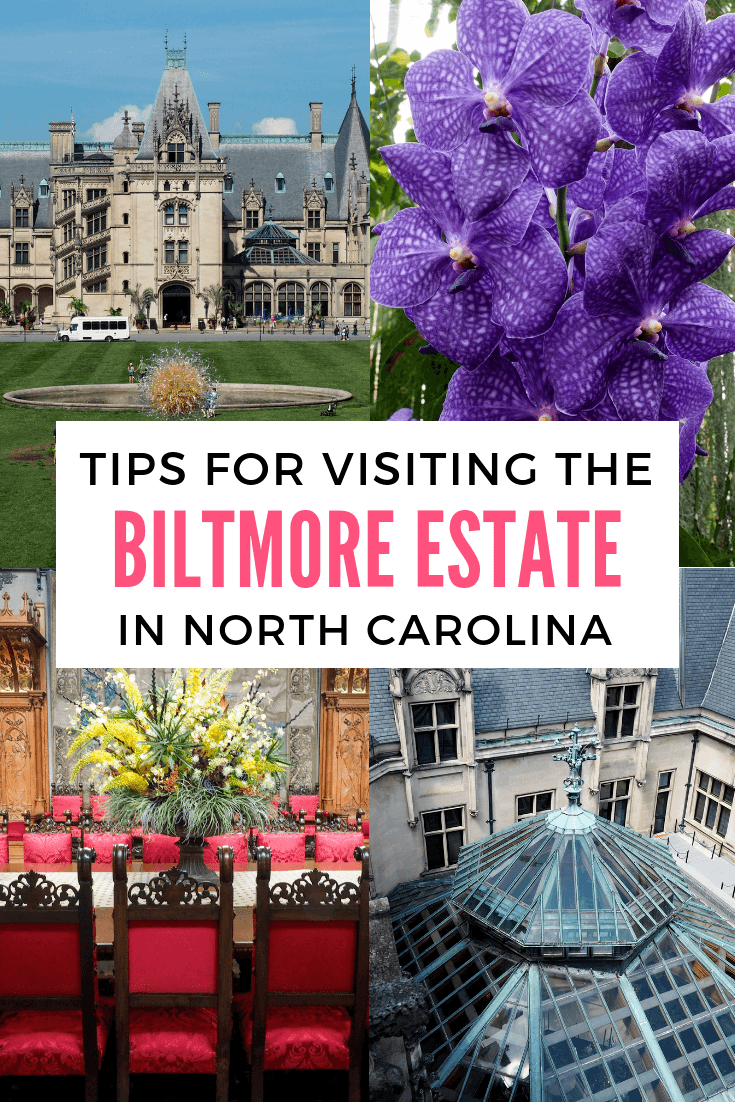