Road Trip Day 5 – Vandalism and a Taste of Texas

Since we arrived in Amarillo quite late on Day 4, we saved all of our Texas fun for Day 5. And was there ever fun to be had!

We first headed West on I-40 about 10 miles, where, off the I-40 access road, sits one of the most popular roadside tourist attractions in the U.S. — the Cadillac Ranch. 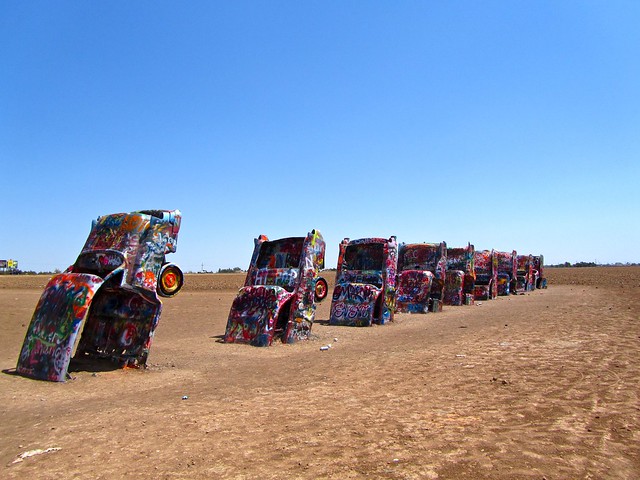 This oddball attraction has been around since 1974, when a local Texas millionaire decided Amarillo needed a different kind of funky art installation. A handful of old Cadillac cars were then buried, nose-down, in an unused field. And, somehow, this random attraction has become a Route 66 favorite. 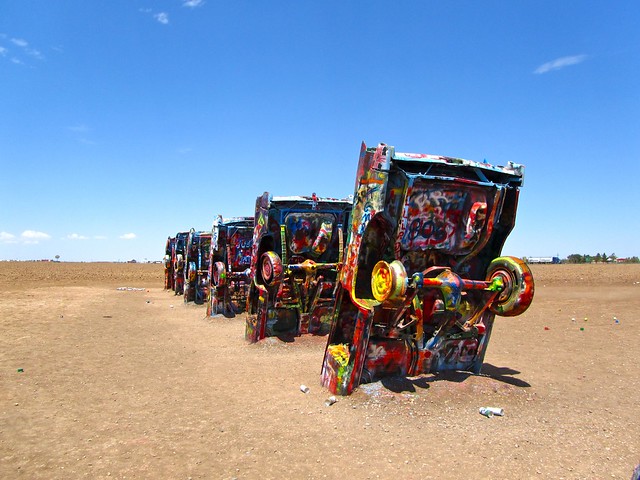 Today, visitors are encouraged to cover the cars in all manner of graffiti. 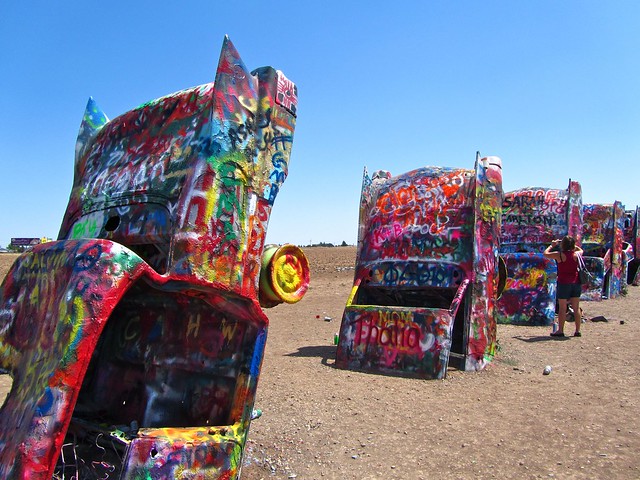 Unfortunately, not everyone picks up after themselves… 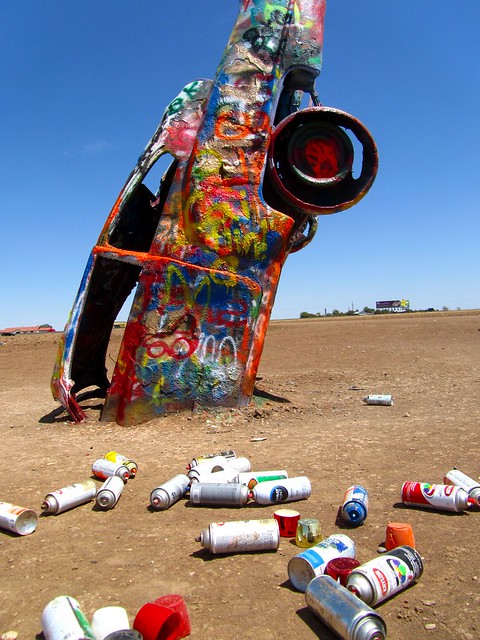 My sister and I had fun leaving our own marks on the cars, though: 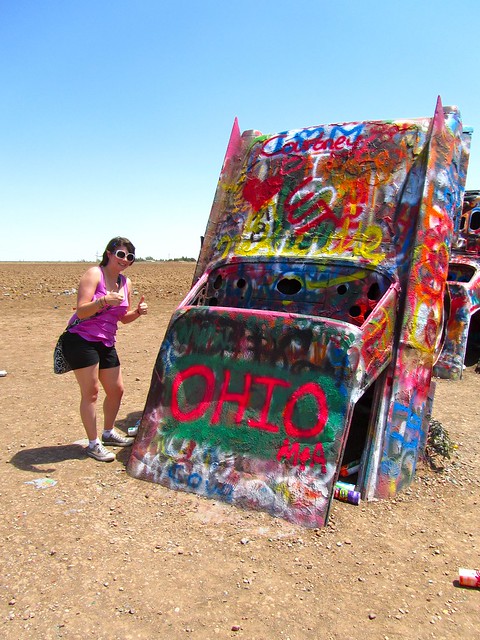 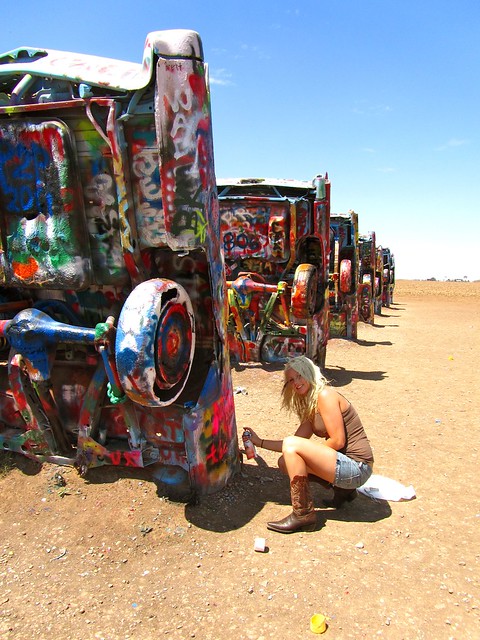 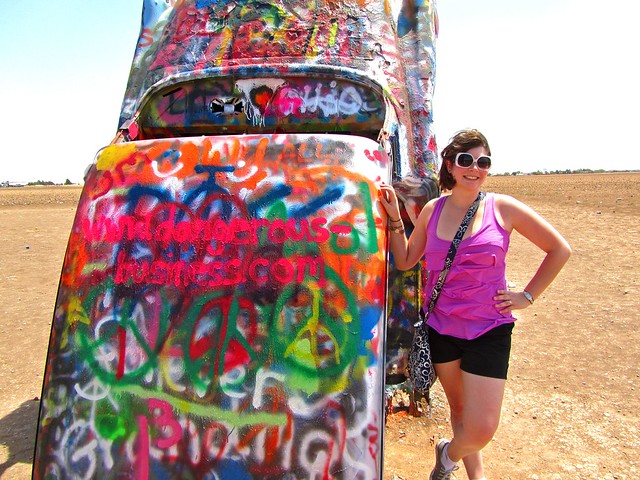 After half an hour or so out in the hot Texas sun, we were ready for some lunch. And what better place to go in Amarillo for a bite to eat than the Big Texan? 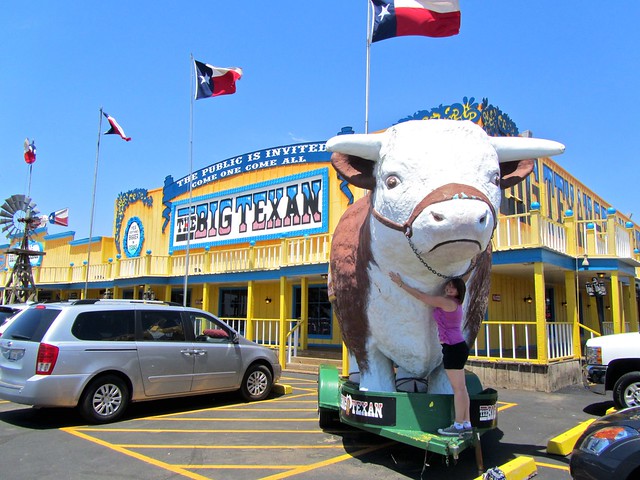 This roadside diner simply cannot be missed — literally, there are so many huge signs for it that you'd have to be blind to not notice it from the highway. 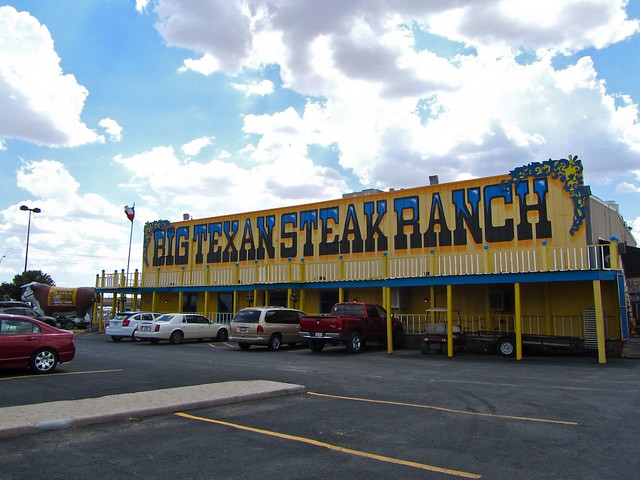 The Big Texan itself resides in a garishly yellow building with a giant longhorn cow and cowboy boot on display outside. There's also a colorful motel (complete with a pool shaped like the state of Texas), and a place to board horses for the night. 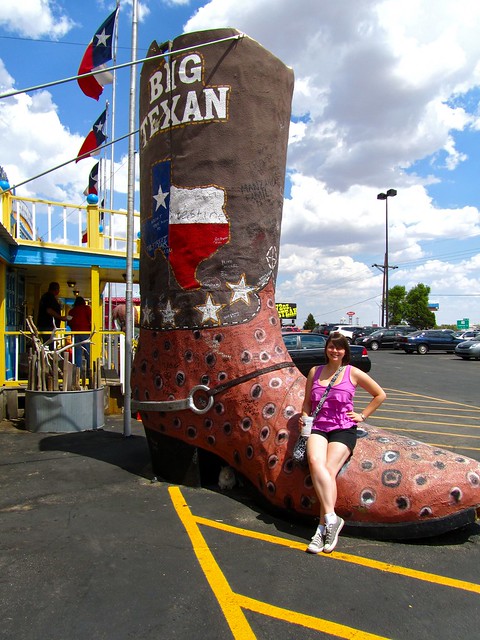 And, while the Big Texan IS known for being a kitschy roadside attraction, it's probably most well-known for its 72-ounce steak challenge. During this challenge, brave souls are given an hour to eat a 72-ounce steak, a salad, and a bunch of sides. Two people were taking the challenge while my sister and I were there (see the video for this). I don't think I've ever seen such a large piece of meat in my entire life. It was almost scary.

I stuck to a nice 8-ounce prime rib. 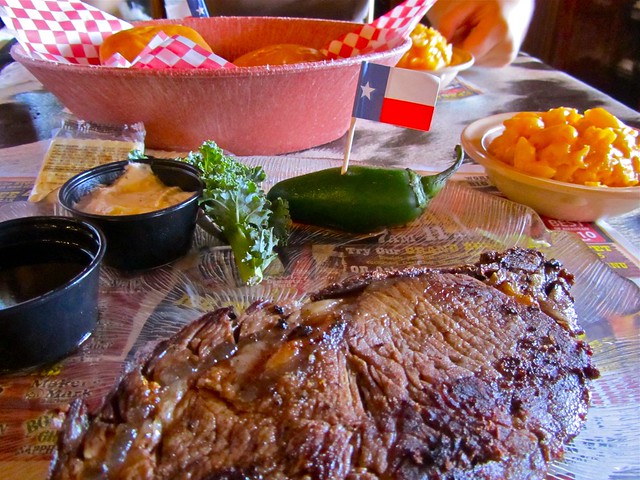 After our lunch (during which we were even serenaded by a roving country singer!), we checked out the gift shop and other fun areas of the Big Texan (such as a shooting gallery, bar, maze, and fudge shop). I picked up some very special band-aids, which I think are my favorite purchase of the entire trip so far: 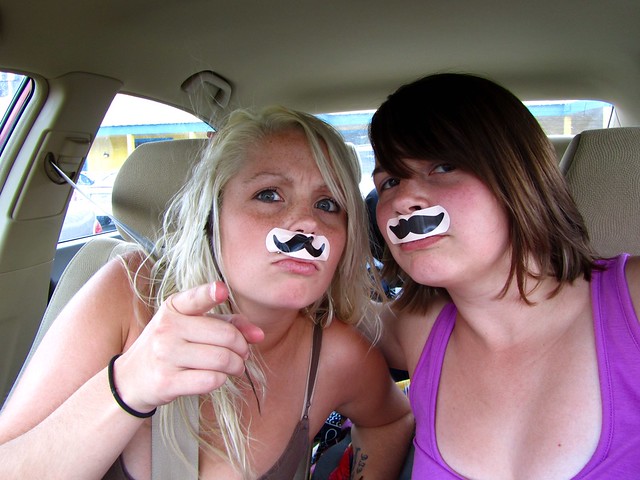 Eventually, though, it was time to hit the road again. Santa Fe was our destination for the night, and it was on the way there that we finally started seeing some of the bluffs, scrub brush and big skies that I have always associated with “the West.” 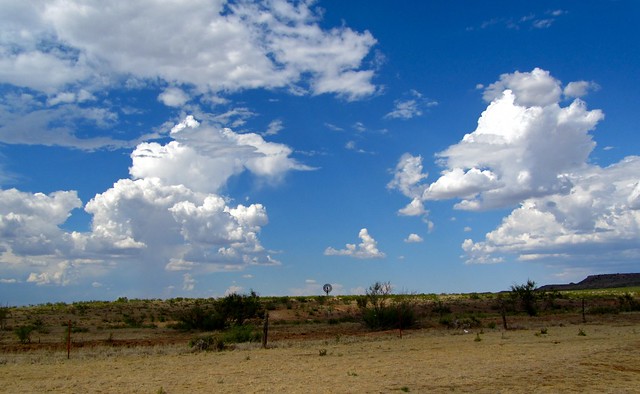 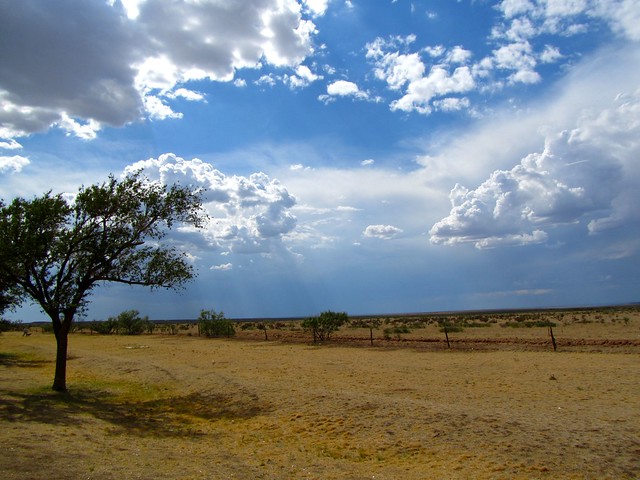 Each day, I’ll be cutting together a quick video to show you what we’ve been up to. Here’s Day 5:

Tomorrow, it's on to Monument Valley, Utah!

Note: A big thanks to the Amarillo Convention & Visitor Council for helping to put us up at the Hampton Inn Amarillo for the night.