After bidding farewell to St. Louis, we headed west on I-44 on Day 3, taking short jaunts on old Route 66 just for fun (or should I say just for kicks?) from time to time. We had no real plans for the drive, but ended up making a few memorable stops (including having our first meal at Sonic!). 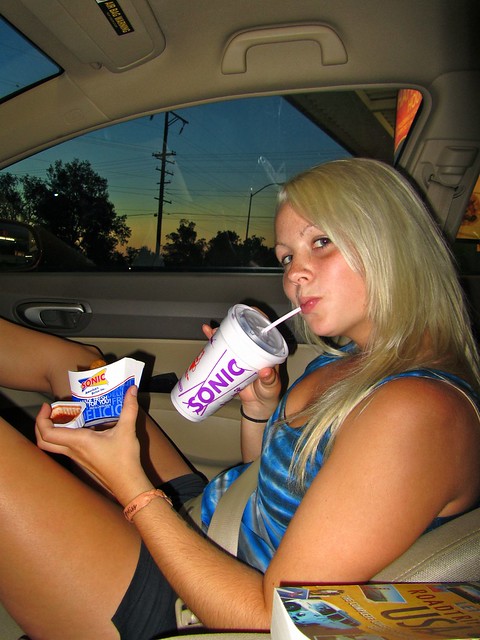 Our first stop of the day was in Stanton, Missouri — home to the Meramec Caverns. If you are driving anywhere in this area — hell, anywhere in Missouri, even — you can't miss the endless advertising for this natural attraction. There were billboards every half mile or so for at least an hour before we reached Stanton. In fact, I've even seen ads painted on the roofs of barns as far north as Ohio for these caves. 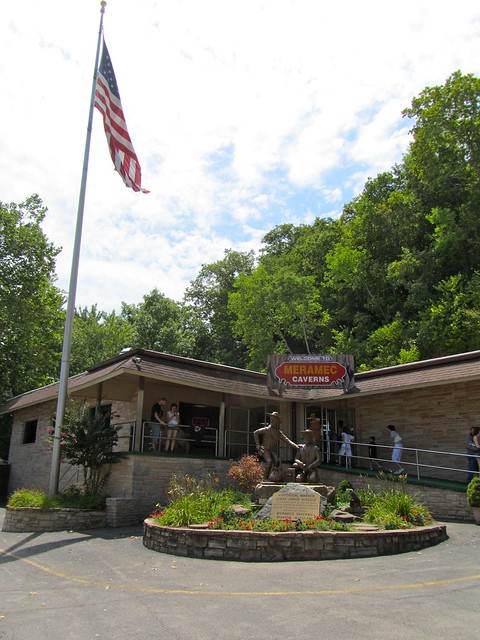 When it comes to something so advertised and exploited, there's always a fear that it won't actually be worth the admission fee. Well, with the exception of perhaps the $50 zip lining over the parking lot, I think the Meramec Caverns ARE worth the admission fee. $20 gets you an hour-and-a-half-long guided tour into the depths of the caverns, where you'll see everything from underground rivers to slimy stalactites and stalagmites. The tour was interesting enough to even keep the young children in our group quiet most of the time. 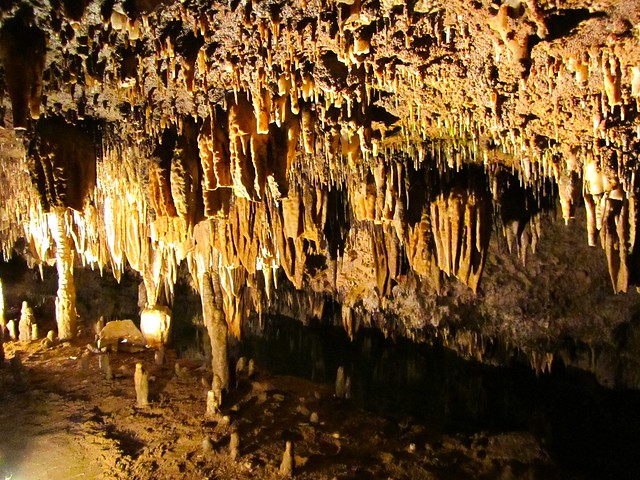 And the added bonus? The caves are a constant 60 degrees Fahrenheit, which is a nice respite from the current 100-degree temperatures outside. 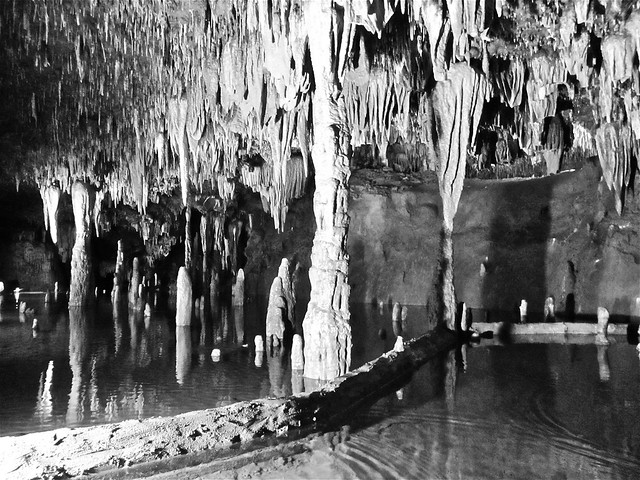 But then came the more serious part of the day.

I knew I-44 would take us through Joplin, the Missouri town that was devastated by an EF-5 tornado on May 22, 2011. At least 160 died in Joplin that day, and thousands more were displaced from their homes as a tornado a mile wide ripped through town.

After having visited Christchurch, New Zealand, 3 months post-earthquake earlier this year, I knew that making a stop in Joplin was important. Important because, with disasters like this, people tend to forget about the “after” portion of the event. Once the quake or tornado or famine falls off the front pages of our newspapers, we tend to forget that they ever happened — even though the people affected are still living through it. So it was in Christchurch, and so it was, too, in Joplin.

Joplin almost felt like a ghost town. Tented relief centers are still set up on the outskirts of the city, and the tornado's path through populated areas can still easily be traced. Joplin is FAR from recovered, even if we aren't hearing much about it anymore.

I could go on and on about how surreal it was to drive down Joplin's deserted streets, or how heart-stoppingly sad it was to see destroyed homes, but I think these photos can say it much better: 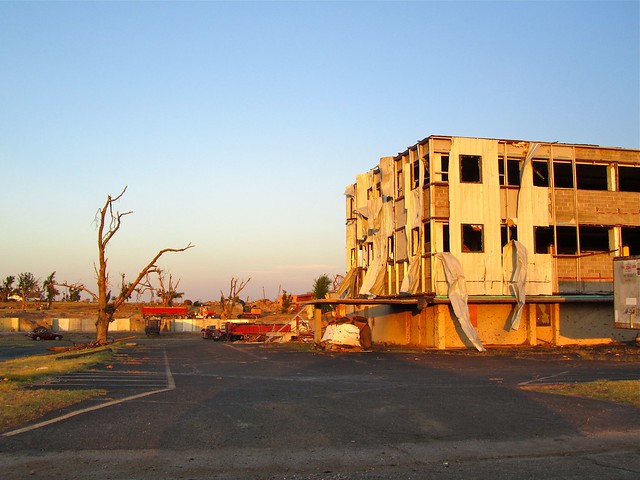 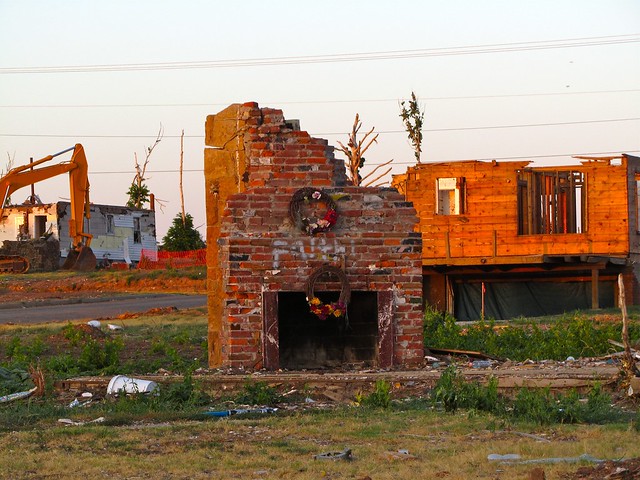 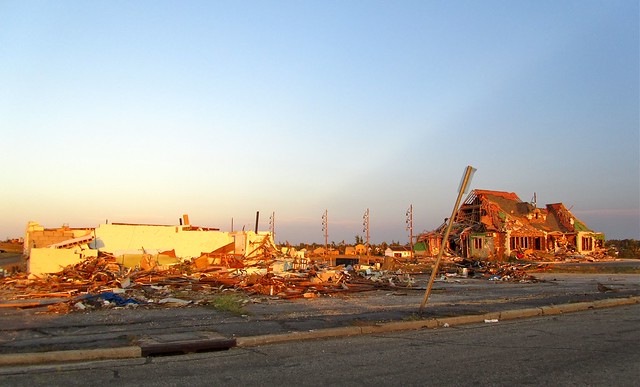 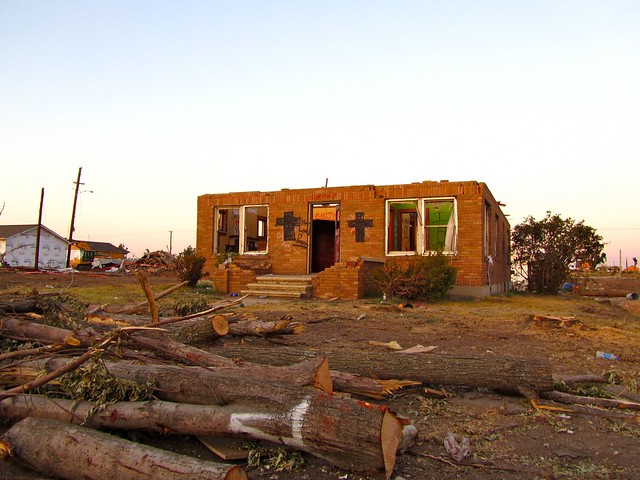 Today, I ask you to remember Joplin. And Christchurch. And Japan. And every other country or city that has been affected by a natural disaster this year. Just because the media isn't covering it anymore doesn't mean that these places are back to “normal.” They still need your thoughts, prayers, and help. If you want to donate to any of these disasters, consider making a donation to the Red Cross.

Each day, I’ll be cutting together a quick video to show you what we’ve been up to. Today I made two, because I felt like Joplin deserved its own video.

Here's the first one:

And here's the second, dedicated to Joplin:

Tomorrow, it's on to Amarillo, Texas!