Road Trip Day 17 – Nebraska, I Can’t Decide if I Love You or Hate You

Have you ever visited a place where, one day you hated it, and the next you felt like maybe you were being too harsh on it?

That's kind of how it was for me and Nebraska.

Everyone warned me that driving through Nebraska would suck. They said it was flat. And boring. And flat. And they were absolutely right. Nebraska certainly won't win any awards for interesting or scenic drives. Driving 6+ hours across this state felt like it took days. And it didn't help that all the farmers had apparently just fertilized their fields, which meant that the whole state also smelled like cow manure. Lovely.

When we arrived in Kearney, roughly halfway across the state, my sister and I both had no love for Nebraska. We spent about 15 minutes trying to scrape dead bugs off our windshield, and deemed the state to be the worst we had visited yet.

But I'm never one to completely write a place off.

Since we knew Iowa was up next and that it likely would be very similar to Nebraska, I decided to try and find something for us to do in Kearney to break up the monotony. A quick Internet search came up with the Great Platte River Road Archway Monument. 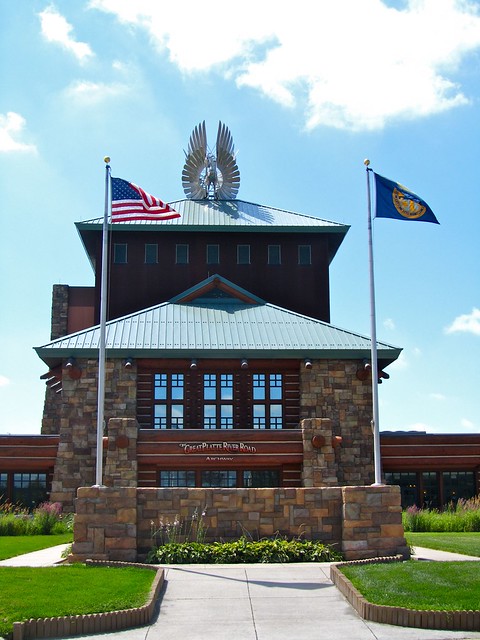 Its name really doesn't do a very good job of describing what this place is — yes, it's a big archway (resembling a covered bridge) that stretches across I-80, but it's actually much more than that.

In fact, this place totally redeemed Nebraska for us.

Between 1843 and 1869, roughly half a million men, women and children rode and walked the trails to the West Coast. You know — those pioneer trails you learned about in middle school: The Mormon Trail, the California Trail, the Oregon Trail… And it just so happens that all of these trails converged at Fort Kearney — the last stop before the pioneers really set forth into “the unknown.”

The Archway Monument was built to pay tribute to “the enduring spirit of the pioneers” by bringing the westward migration to life through a multimedia smorgasbord that's essentially all about travel. Could there be a more perfect place to visit for two sisters on a road trip out West?? 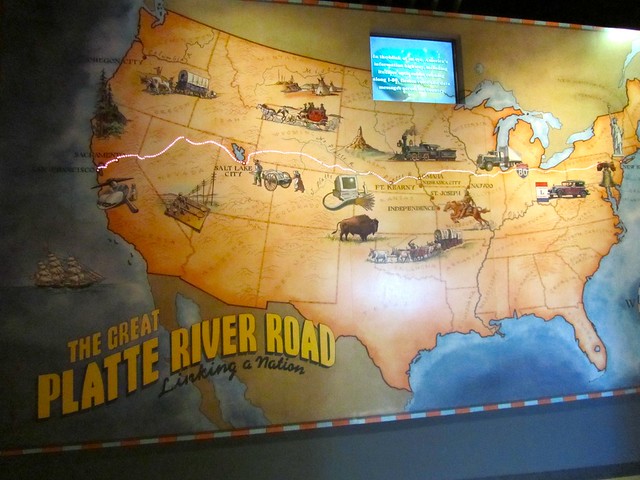 For a $10 admission fee, we got to go on an interactive adventure through history, complete with an audio tour, film clips, computer graphics, light and sound, life-size dioramas, re-enactors and classic cars. Within a couple of hours, we traversed through over 150 years of American history — a history that focused solely on the way people have traveled across our country.

If you grew up in the '90s, chances are you played the computer game Oregon Trail at least once. Or (if you were like me), perhaps hundreds of times. You forded rivers with your oxen, hunted for buffalo, and probably lost at least one person in your party to cholera or dysentery. But playing the game didn't really give you a sense of what it was like for the people who actually braved these journeys.

But the Archway Monument does.

Drawing from diary entries and stories from the people who survived the westward migration, this interactive museum actually helps you understand what it was like to traverse the Oregon Trail or Mormon Trail. 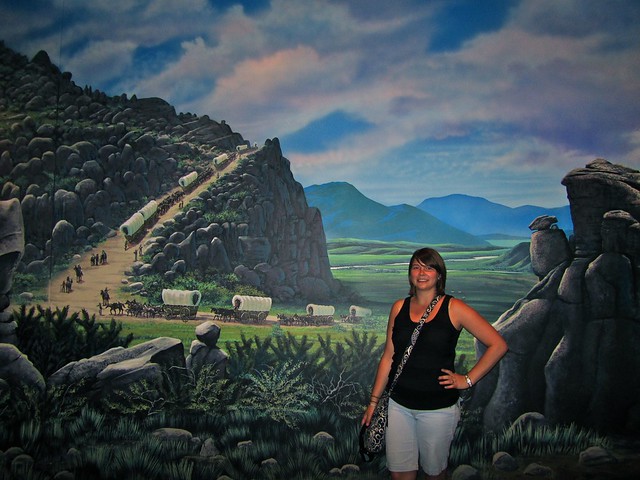 From there, the monument moves along through history, from train travel to the invention of the automobile to the advent of roads and the very first cross-country road trips. How fitting. 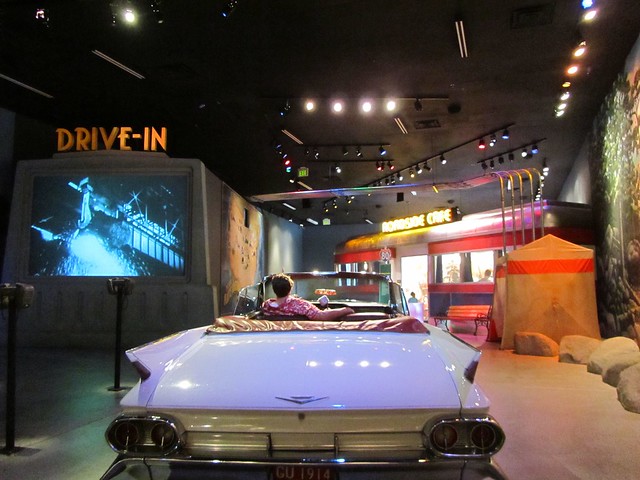 What began as a way to just kill some time in Nebraska turned into one of our favorite stops on our road trip. Totally worth $10.

It just goes to show you that even flat, boring, stinky places can still offer up something worth doing, if only you're willing to dig a little deeper.

Each day, I’ll be cutting together a quick video to show you what we’ve been up to. Here’s Day 17:

Tomorrow, it's on to the corn fields of Iowa!