I don't think any bout of travel would be complete without getting the adrenaline pumping at least a little bit. (This coming, of course, from someone who has been bungy jumping 3 times!)

So when my sister and I decided to add Colorado to our road trip plans, we knew we'd have to have some fun in the Rocky Mountains. And, staying in Keystone meant we had a lot of activities to choose from. 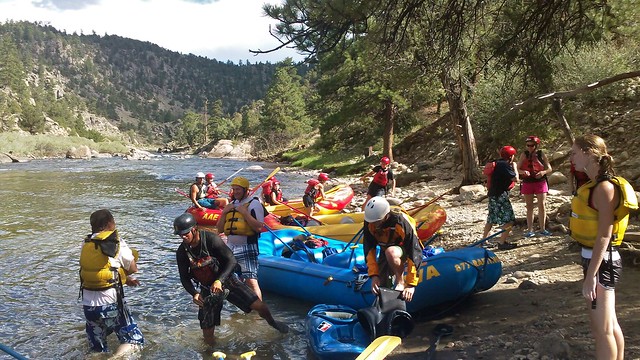 On Day 15, we woke up early to drive roughly an hour to a little outpost near Buena Vista, Colorado. The drive twisted and turned through the Rockies, and included at least one mountain pass that was above 10,000 feet. Did I mention I love mountains? 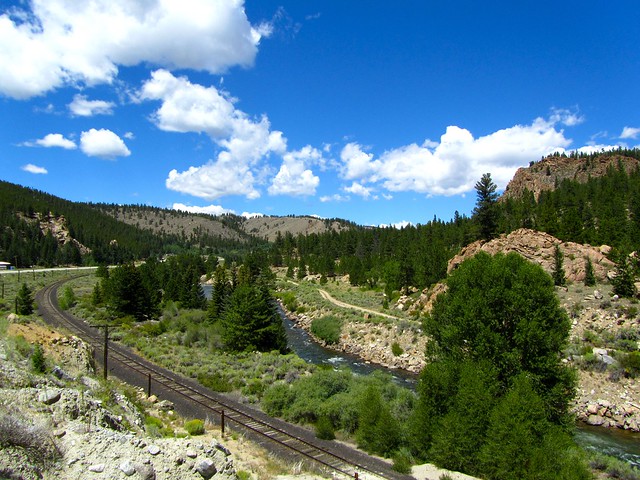 From the outpost, Arkansas Valley Adventures operates all sorts of adventure activities, from zip lining to whitewater rafting. We were booked on a full-day zip lining and rafting tour, and arrived early so we could check in and start getting our gear. 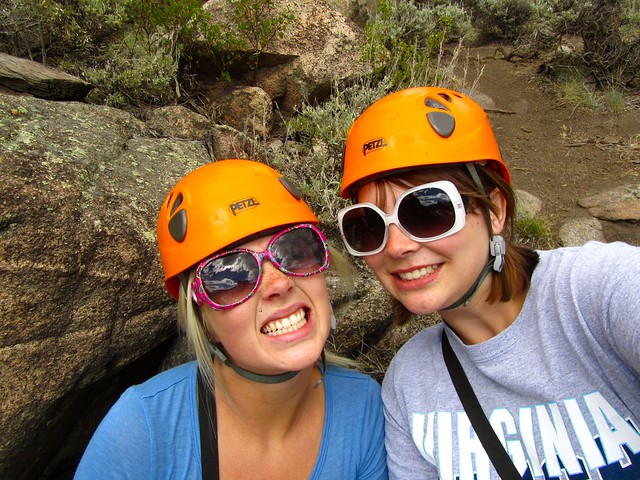 We began the morning with a couple of hours on the zip lining course, which is relatively brand new (this is its first season in operation). There are currently 5 zip lines on the course — all with fantastic views out over the valley. 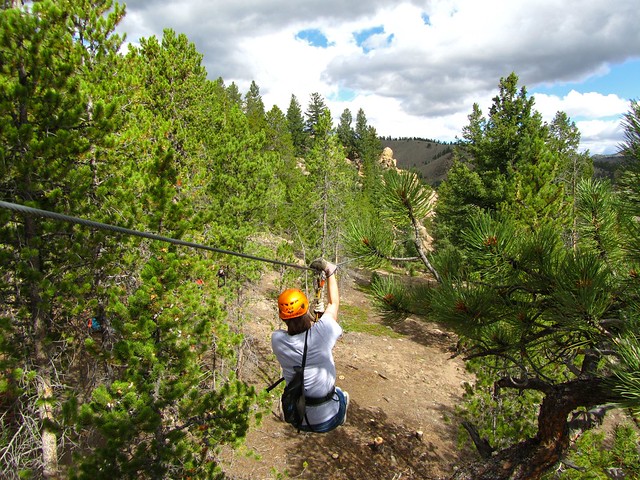 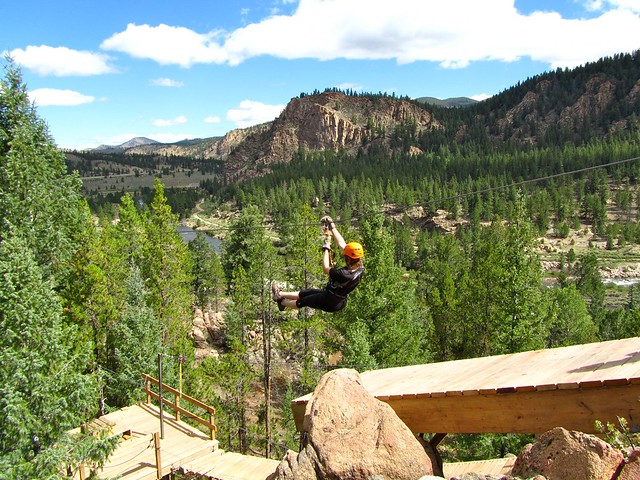 It was the first time my sister and I had been zip lining, but our guides for the morning were great, and we had no problems catching on. In fact, nobody in our group had any major issues on the course, though we did get a bit of training beforehand on what to do if we found ourselves in trouble (the term “self-rescue” was used a lot). Thankfully, though, nobody needed any sort of rescuing, and the morning was a lot of fun. (Though I will say that the short hike up the mountain to the first zip line made me acutely aware of how high up in elevation we were! I was out of breath in like a minute.) 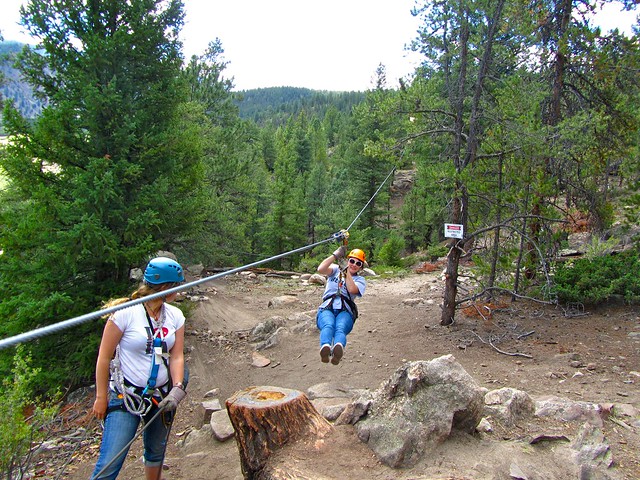 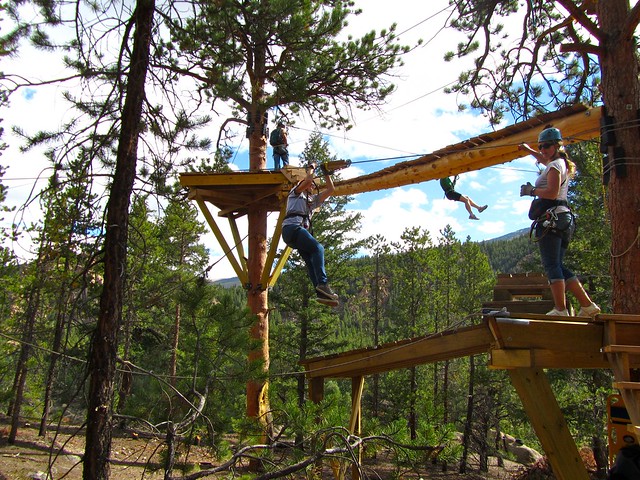 After zip lining, we were fed lunch, and then given about 2 hours to relax before we would yet again gear up for more adventure. 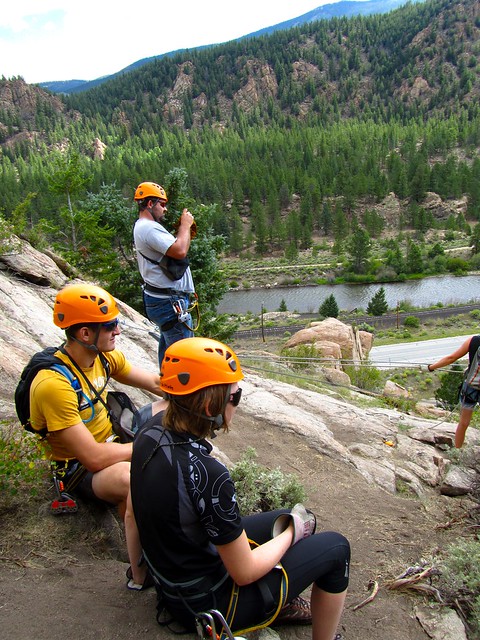 Melissa and I took a short drive to Buena Vista so we could check out the nearby range of “Fourteeners,” or mountains with summits that are above 14,000 feet. There are an abundance of them around this area, and they really were a sight to see. Some even still had traces of snow on them, even in mid-August.

Returning to the AVA outpost in the afternoon, we donned life vests and helmets and clambered into an old school bus with about 16 other people in preparation for whitewater rafting on the Arkansas River. 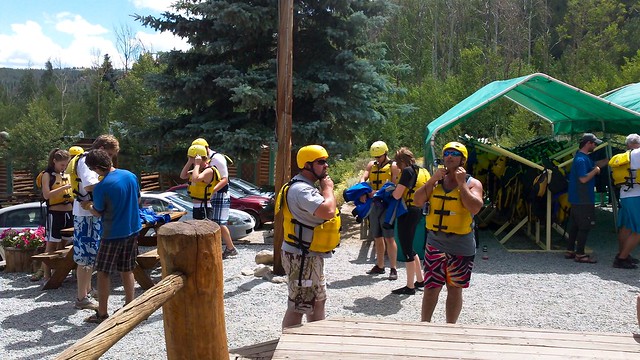 AVA offers a variety of rafting options on the Arkansas, from relaxing float trips to challenging Class 5 rafting. My sister and I — being beginners — were signed up to raft about 11 miles of the river with Class 2 and 3 rapids. (Though, we were later told by a guide that, since the river level was so low, the rapids were all closer to being Class 2.)

It was about a 20 minute ride out to the launch point a few miles upstream of Browns Canyon, where we divided up into smaller groups and met our raft guides for the afternoon. 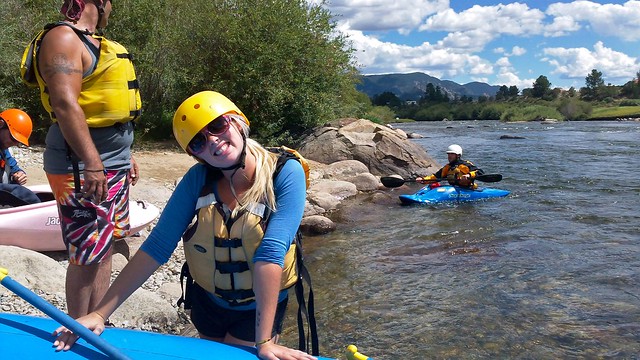 Our boat's guide — Brandon — went over all the safety instructions with us and taught us all the commands we would need to know to successfully paddle our way through all the rapids. Right away, I knew Brandon would be a great guide. Not only did he know the river well (this was his second season working with AVA as a guide), but he was young, excited, and seemed to have a good sense of humor (for example, he told us that while he did not encourage trying to push each other out of the boat, he did encourage both crying and heckling/splashing other boats). 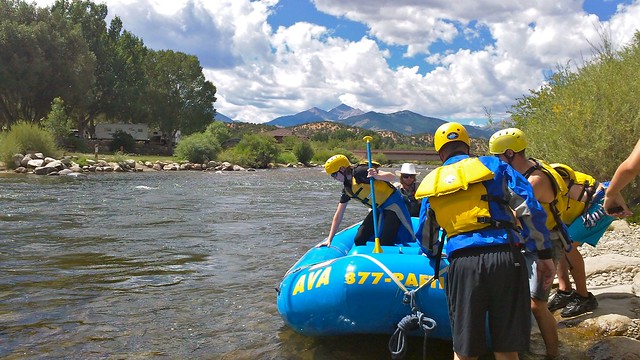 The first few miles of the river were fairly calm, so we used the time to get our paddling down right and get to know each other a bit better. It wasn't until we were entering Browns Canyon that the water started getting rougher.

Let me be upfront and tell you that whitewater rafting can definitely be dangerous. You are not strapped into your boat, and people DO fall out. Rafting also will probably make you sore if you're not used to wielding a paddle for hours at a time.

But it's also incredibly fun. 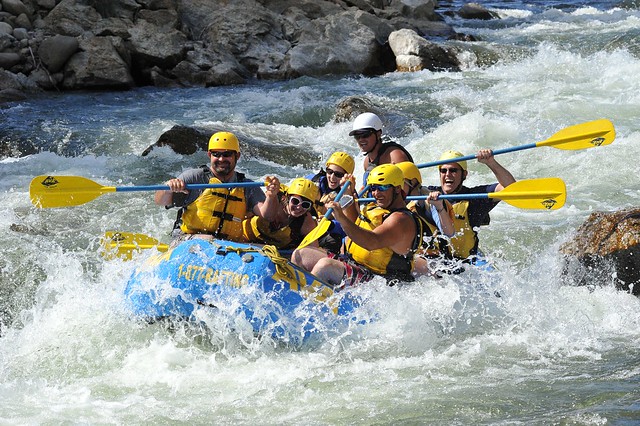 Once we started hitting the rapids, the time seemed to fly by, and we had a blast on the river. Sure, the rapids weren't very huge, but it was still a rush diving through them and bouncing off rocks. Since our boat was full of (relatively) physically fit adults, Brandon had some fun with us and took some lines down the river that he doesn't normally take — including going through a few rapids sideways, or even backwards. 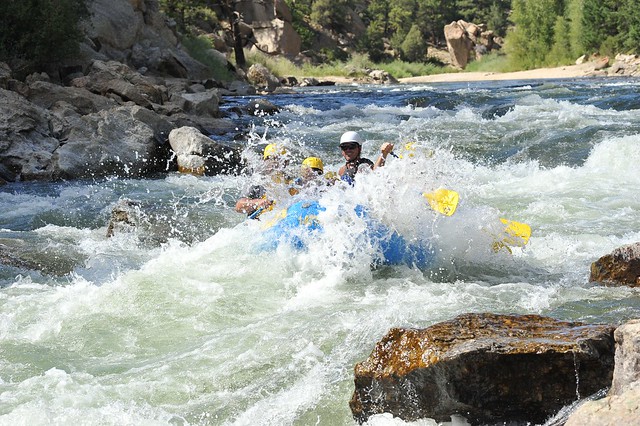 We definitely had the best guide. 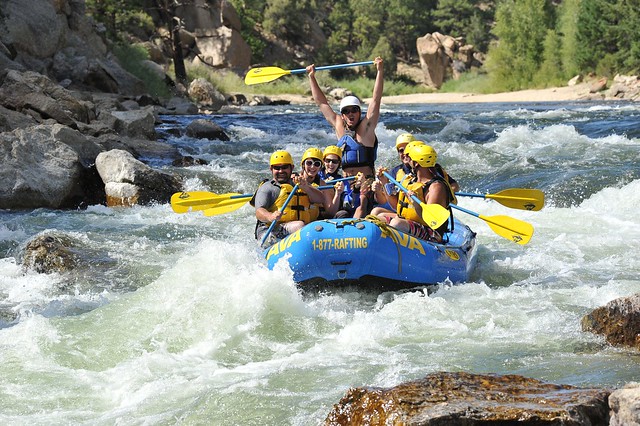 As we approached each rapid, Brandon would tell us its name (or sometimes its nickname, like “Hemorrhoid Rock, because it's a real pain in the ass“), and tell us which way to swim if we fell out of the boat. There was always that anticipation before each rapid to see if anyone was going to become a “swimmer.” But, everyone stayed in the boat. Brandon was actually a little disappointed by this, and attempted to flip us all over during the last 100 yards or so of the river. We, however, had other ideas — like staying out of the chilly water. We threatened to throw him in instead.

The only people who got wet were those who decided to cliff jump into the river at the only stop we made during the trip. One of the guides even launched himself off the cliff in a tiny kayak (see the video), though I would not recommend anyone else trying it! 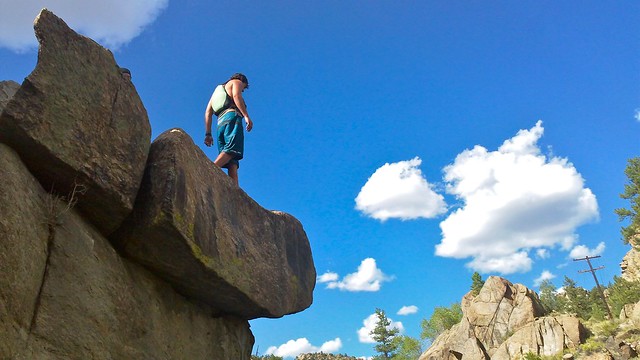 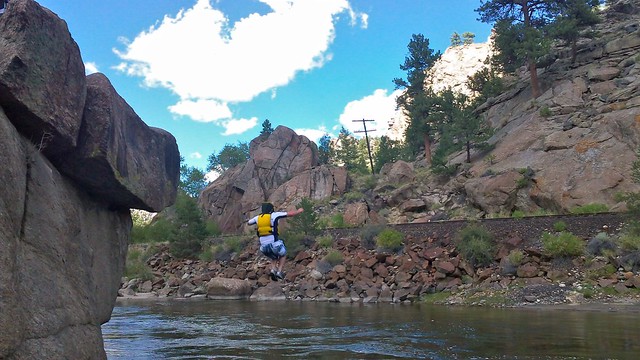 So, was rafting the adrenaline-inducing activity I hoped it would be? Yes and no. It was a ton of fun, but it would have been much scarier had the river been higher (we were rafting at the very end of the season, when all the snowmelt had already gone). But, thanks to some great guides and fun companions, Day 15 stands out as one of my favorite days during this road trip. 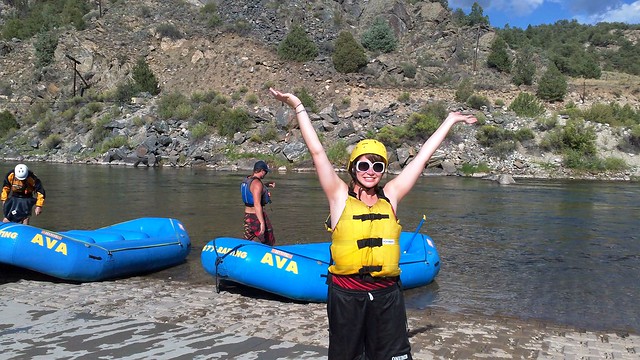 Each day, I’ll be cutting together a quick video to show you what we’ve been up to. Here’s Day 15:

Tomorrow, it's on to Denver!

Dislcaimer: We were given what amounted to a 50 percent discount on our zip lining/rafting day tour with AVA. But, as always, all opinions are my own. (And, to be honest, this day trip was worth plenty more than the full price of $160 per person.)