I've been to plenty of pretty cities. More than one that's made me think, “Oh yeah, I could live here.” Like Queenstown. Or Victoria.

And now I may have to add Sedona to that list. 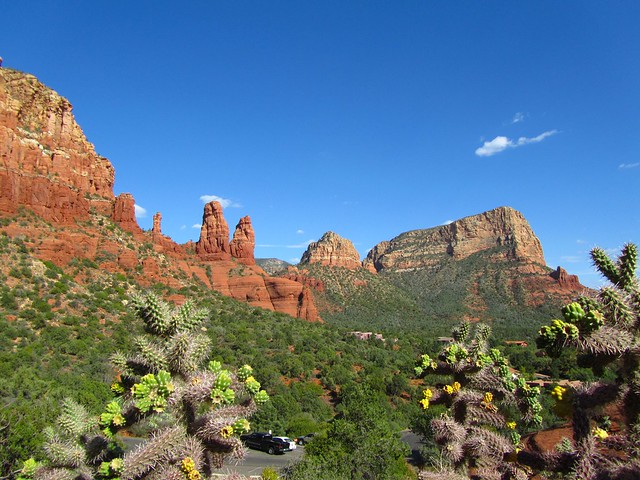 Yes, Sedona, Arizona, is pretty. There's no arguing that. In fact, it was even recently voted as one of the top 10 most beautiful places in America by viewers of Good Morning America.

I personally had no idea this little town was so picturesque. Even driving in, Sedona was deceiving — at night, the city is dark. And purposefully so. It follows nearby Flagstaff's lead with its “dark skies” law, which made the twisting drive down a mountain and into town rather harrowing. It wasn't until the next morning that I realized just how gorgeous a place Sedona is. 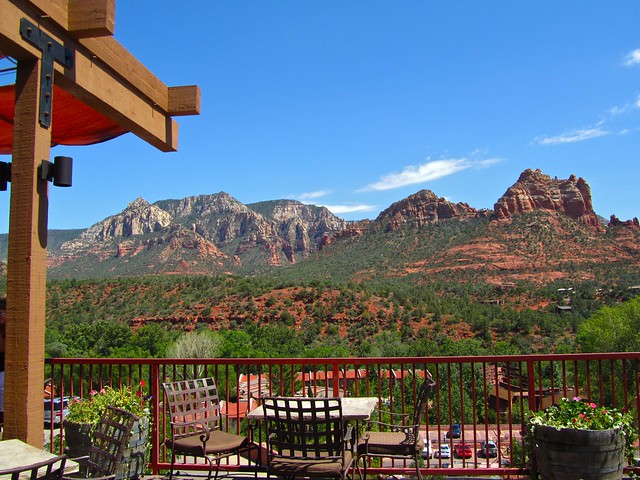 Situated in the Verde Valley region of Arizona, Sedona is best known for its Red Rocks. Which are pretty self-explanatory, really. And also really abundant. The color contrasts between the red rocks and vegetation are particularly stunning on a clear summer day like the one we lucked out with. 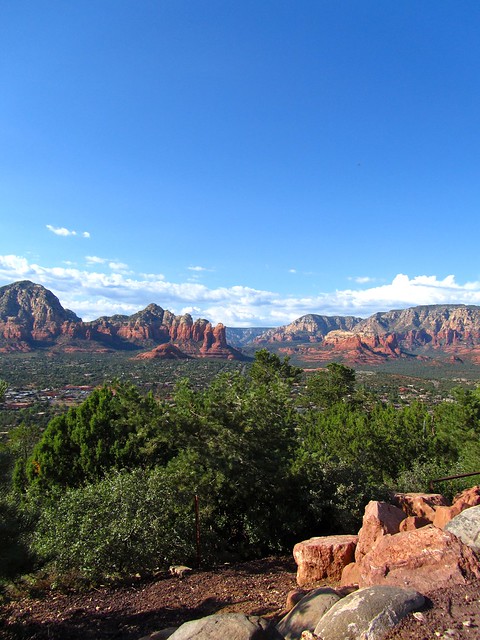 And can I just say that the uptown area is so darn cute? Because it is. 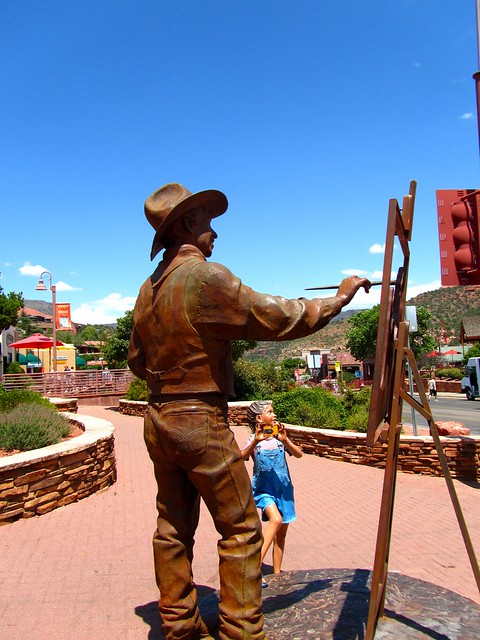 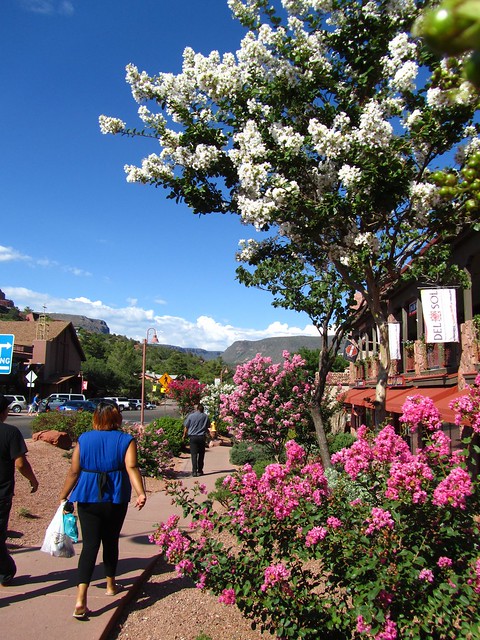 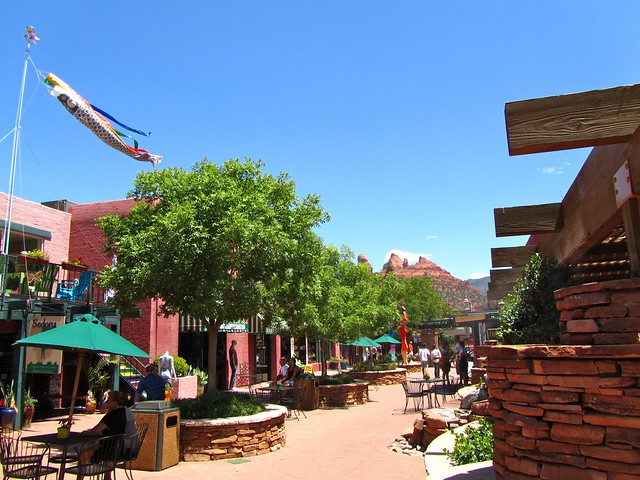 I realize that living in a tourist town of 10,000 probably wouldn't actually be all that great. But while I was in Sedona, I couldn't help but imagine looking out my window every morning to something like this: 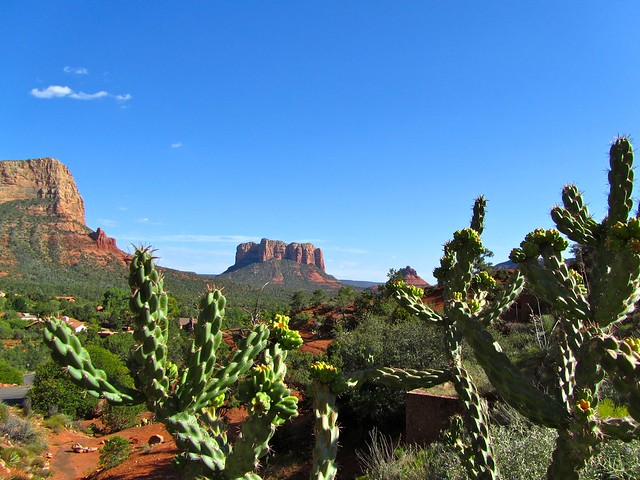 Melissa and I spent an afternoon popping in and out of shops, eating some delicious food (I seriously had the best sandwich ever at Sedona Memories Bakery Cafe), and just taking in the town. We took a tour with Sedona Trolley (surprisingly informative), and also drove out to the Chapel of the Holy Cross (surprisingly pretty). 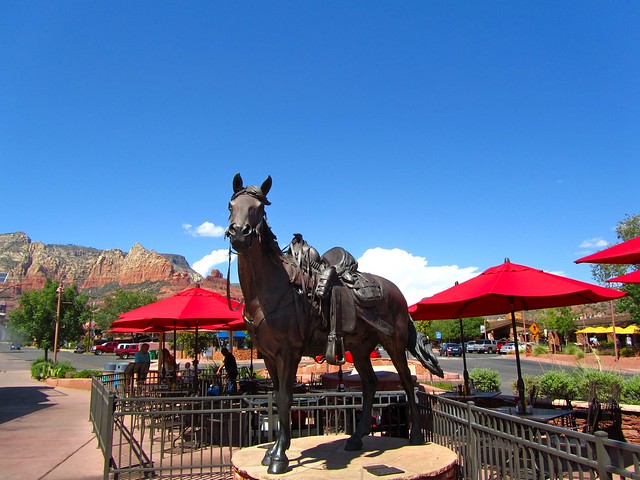 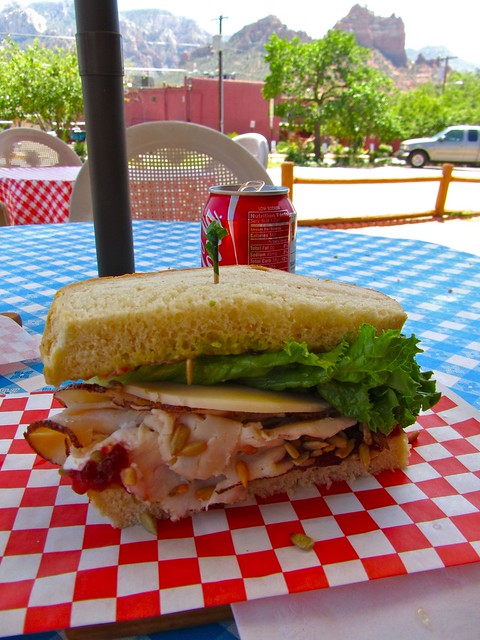 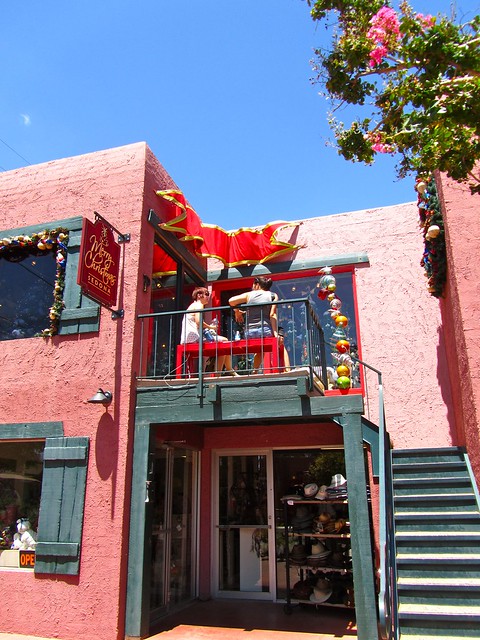 But, as pretty as it was, within just a couple of hours, we became sluggish. Sedona is HOT in the summer. Of course, most of the Southwest is, and Sedona DOES try to combat the heat with misting fans at just about every shop entrance.

But still. It was just so hot. So we decided to go for a swim. 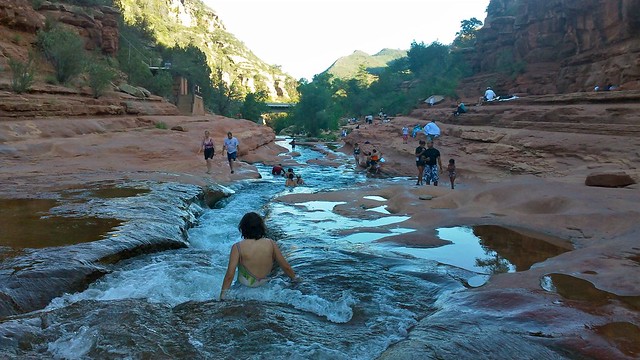 Next to Red Rocks State Park, the most popular place to go in Sedona has to be Slide Rock State Park. This park is named after a natural, slippery water slide that has been carved out by the waters of Oak Creek in Oak Creek Canyon. The park is popular with both locals and tourists alike, and is absolutely worth the entrance fee ($20 per car, with up to 4 people inside). 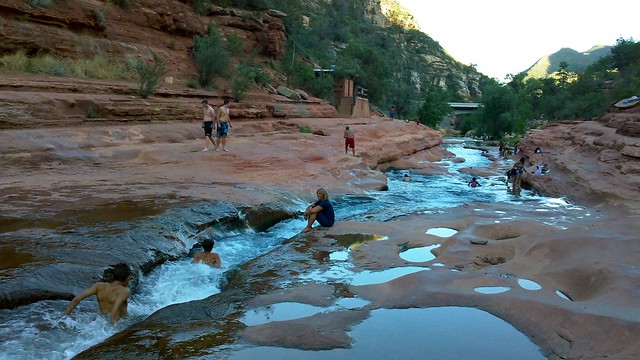 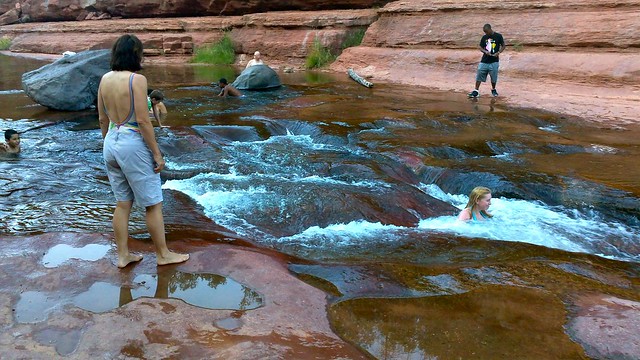 Slide Rock is the place to go if you want to entertain the kids, or if you just want to feel like a kid yourself. Seriously — I haven't had this much fun in a long time (see the video!). 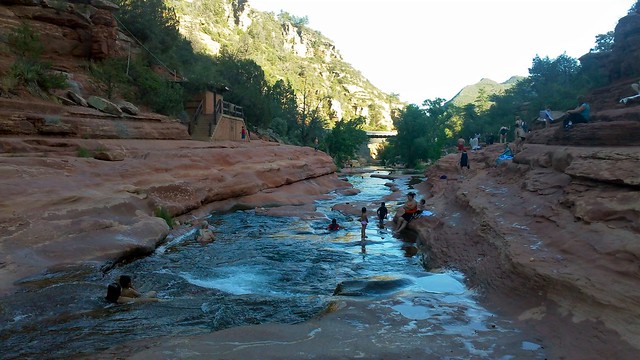 I'm so glad we added Sedona to our itinerary. It was a great little city, and I hope to get to pass through again someday so I can continue daydreaming about my fantasy house in the hills. 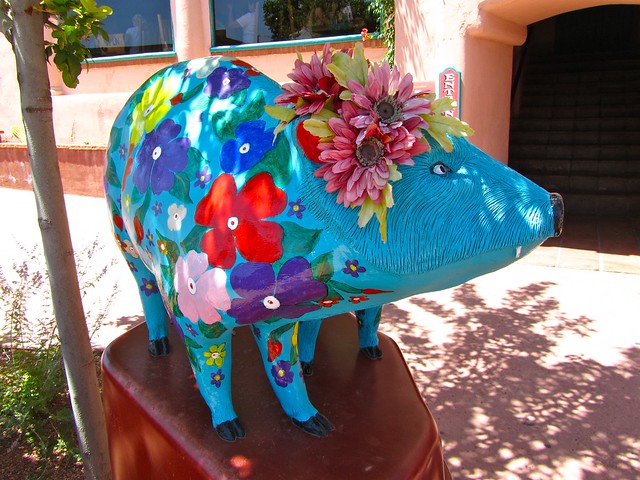 Each day, I’ll be cutting together a quick video to show you what we’ve been up to. Here’s Day 10:

Tomorrow, it's on to Sin City — Las Vegas!

Disclaimer: Thanks to the Sedona Chamber of Commerce, we were given a discounted room at the Kokopelli Suites, passes for the Sedona Trolley, and a complimentary pass to Slide Rock State Park, among some other coupons and vouchers. As always, however, all opinions are my own.