Ah, June. June is typically a busy month – it's the beginning of summer, and also the beginning of the summer travel season. This June was no exception; between various trips, I only spent 6 days at home this month!

Despite that, though, June was a great month. I didn't really feel overwhelmed or burnt out by my travels, which is something I sometimes struggle with (the work-life balance for a travel blogger is tough, guys!). And I got to have some great adventures!

June: The month in travel

Like I mentioned, I was traveling almost the entire month of June. I wrapped up Bloghouse in Memphis, headed to Nashville for a weekend, spent two weeks traveling around Ireland and Scotland with my mom and sister, and then headed down to London for a week.

The best thing I ate: I had some really delicious food in Tennessee, but I think the designation here has to go to afternoon tea in London. I decided to book as many themed afternoon teas as I could in London – which ended up being 5 in 6 days! And all of them included tiny sandwiches, tasty scones, and way more sweet treats than I needed to eat. Stay tuned this month for a full post about these to find out which one was my favorite!

The most epic thing I did: This one is tough since I did so much in June! It either has to be seeing Carrie Underwood at the Grand Ole Opry in Nashville, or staying overnight in a castle in Ireland. Both were super memorable!

Finally visiting Nashville – Nashville has been a HUGE oversight of mine when it comes to cities in the US, but I finally visited for a few days in June! And, to no one's surprise, I LOVED Nashville. I loved the vibe and the food and even all the music, despite not being a country fan. I'm already planning another trip for this winter!

Road tripping around Ireland – In mid-June, I headed to Ireland with my mom and sister for a weeklong road trip around the Emerald Isle. Even though driving on some of Ireland's tiny roads was terrifying, we had a great trip. We didn't try to pack too much in, and saw some parts of Ireland I'd never visited before. Highlights included having tea at Ashford Castle, touring the House of Waterford crystal factory, soaking up Titanic history in Cobh, and exploring Killarney National Park.

Going on an Outlander tour in Scotland – The real reason we went to Scotland was to go on a 3-day Outlander tour through the Scottish Highlands. Both my mom and I are big Outlander fans (yes, we've read all the books, too!), and our tour with Highland Explorer Tours was definitely the highlight of our entire trip for my mom.

Being a Tolkien nerd in Oxford – After my mom and sister went home, I took the train down to London for the next week. The inspiration for this was an exhibit currently on in Oxford that's all about JRR Tolkien, the creator of Middle Earth and all things hobbit-y. I went to Oxford for a day to see the exhibit, which consists of tons of Tolkien's drawings, maps, notes, and more related to The Hobbit and Lord of the Rings.

Going to alllllllll the afternoon teas in London – And, like I mentioned earlier, my other mission in London was to go to as many themed afternoon teas as possible. I went to an Alice in Wonderland tea, a Sherlock Holmes tea, a Harry Potter-inspired tea, a Willy Wonka tea, and a tea on a double decker bus. And even though I don't need to eat another scone for a while, I had fun going to all of these!

The HEAT – June was a hot month in several of the places I traveled. I didn't even want to go outside in Memphis because of the heat and humidity, and London was going through a crazy heatwave the entire time I was there. Usually sun and warmth in London would be awesome, but it's decidedly less awesome when you need to take the Tube everywhere and then you remember that most of London's Underground lines lack air conditioning. In fact, most places in London lack air conditioning! I arrived at most of my afternoon teas hot and sweaty.

Getting a ginormous rental car in Ireland – This one's not a huge deal, really, but I was persuaded in Ireland to upgrade our rental car to one with a built-in GPS. I wanted a GPS – but I didn't really want the huge station wagon that came along with it! Everything in Ireland is tiny, from its roads to its parking spaces, so driving around a car larger than the one I have at home (in a country where you drive on the opposite side of the road, no less) was definitely a challenge! We survived just fine, but I complained about the size of the car daily.

June on the blog

Once again, June was a light month on the blog. But traffic-wise it was a great month!

Other posts published in June:

Most popular Instagram post: It was no contest this month; my photo of colorful houses on a hill in front of St. Colman's Cathedral in Cobh was by far my most popular photo this month; in fact, it was one of my most popular IG photos ever! (Though people also really liked this one from the Rock of Cashel.)

I won’t lie to you guys: I added the town of Cobh, Ireland, to our road trip itinerary solely because I had seen a photo similar to this one on Instagram and wanted to see it for myself. Yup, this Millennial is often influenced by other influencers! ? What those other influencers don’t usually tell you, though, is that this view is sort of “hidden” behind a stone wall on Spy Hill, and that you have to hold your camera up above it to take this shot. BUT, it still is pretty awesome. ? The good news is that the rest of Cobh is equally adorable – it took me less than 5 minutes to fall completely in love, and I’m so glad we spent a night here! The city has an interesting history (it’s always been an important port, and has ties to two major shipwrecks: the Titanic and the Lusitania), and lots of colorful architecture like these houses. ? Have you ever visited a place because you were inspired by seeing a photo of it?

Most popular Facebook post: My tribute to Anthony Bourdain (RIP) really seemed to resonate with people. On a lighter note, you guys enjoyed telling me about your “travel happy places,” and seeing me pose in a hairy coo hat with a hairy coo.

June was a pretty good month business-wise. I had a couple fun projects (like Bloghouse and a short campaign I did with the Grand Ole Opry in Nashville), and managed to pull in a tidy sum of money even though I was traveling all but 6 days this month.

Having my best month ever on Mediavine! Mediavine is the advertising network that serves up ads on this website. I absolutely love working with them, because they are a company that truly wants to see their publishers succeed. And, even though I won't get the payout for it until September, I had a record ad revenue month in June. I know not everyone loves seeing ads on travel blogs, but the way I look at it, it's the best way for me to get paid for all the hours I put into this site to provide 100% free content. Plus more revenue means I can take even cooler trips that I don't have to rely on sponsors for!

I luckily didn't have any huge setbacks in June (probably because I was away from home and more focused on traveling than the business side of what I do!). I'm getting antsy for my new site design to be ready to roll out, but I knew how long the process was going to take, so I wouldn't really call that a “low” – I'm just impatient! (But fingers crossed you'll see it later this month!) 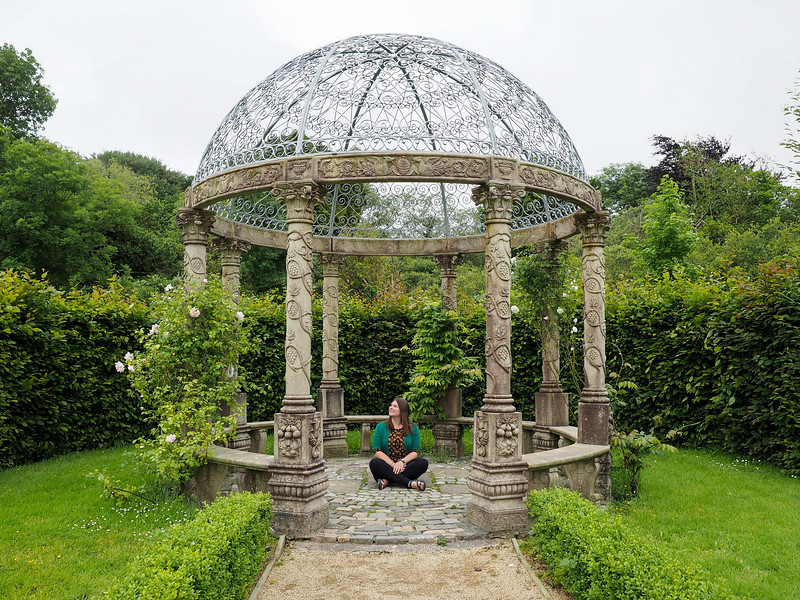 I won't be leaving Ohio at all in July, but I actually have a lot of things on my calendar! Like…

Spending more time on Lake Erie – I'll be heading up to Cleveland a few times this month for various things (including going to see the Infinity Mirrors exhibit at the Cleveland Museum of Art – yay!), and Elliot and I also may go to Sandusky for their Festival of Sail in the middle of the month.

HAMILTON – I FINALLY managed to get tickets to see the touring show of Hamilton in Cleveland later this month. Elliot and I already know the whole soundtrack, so it's going to be awesome to finally see the show!

A manly weekend in Columbus – Columbus makes for an easy weekend trip from where we live, so Elliot and I are planning a fun weekend there later this month. We're going to do all sorts of “manly” things, like a falconry class, ax throwing, and going to a distillery. It should be fun!

And remember that you can follow along in real-time with all of these adventures through my IG Stories on Instagram!