The first time I went to Mount Sunday, it was nothing more than a desolate high country sheep station at the end of a poorly paved road.

There were no tour buses. No well-worn hiking trails. And, to get to Mount Sunday itself, you had to take off your shoes and ford a handful of bone-chillingly cold rivers. 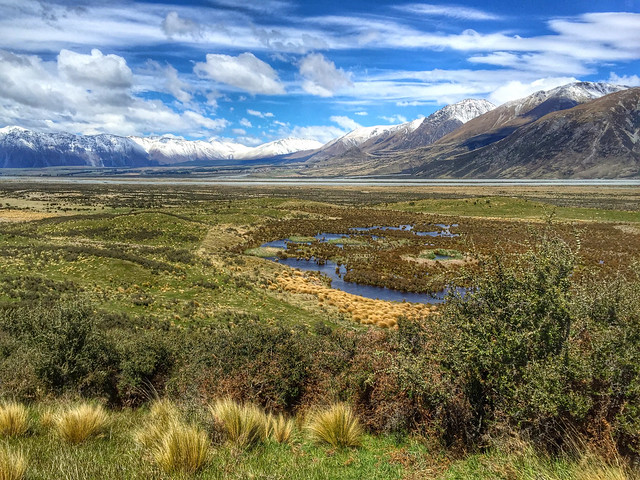 It was only for fanatical “Lord of the Rings” fans wanting to see Edoras (Tolkien's fictional city of the Rohan horse lords) in person — and it was difficult to find for anyone not in-the-know. 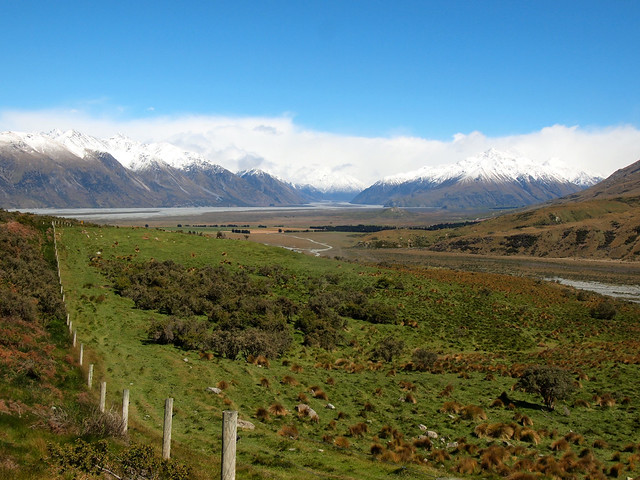 My second trip to Mount Sunday was, in many ways, very similar to the first. It was a blustery, chilly day (though in a completely different season). The sky was partially blue and the mountains were dusted with fresh snow.

And I was once again in the company of a bunch of “Lord of the Rings” fans excited to climb Edoras. 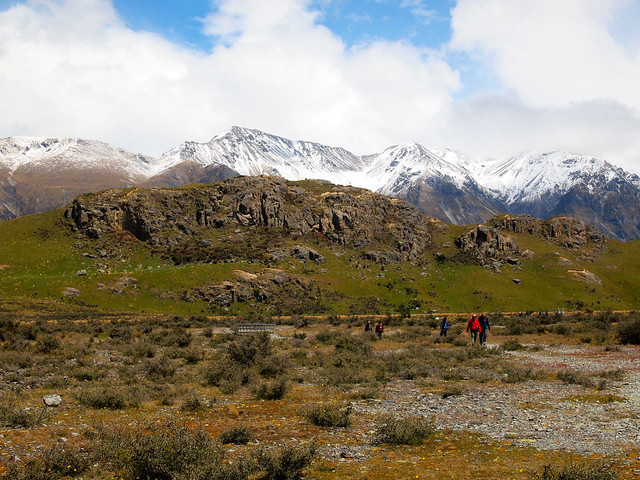 But, unlike that first time when we crawled through fences and forded streams, this time the site was practically groomed for tourists.

Instead of fording streams, we crossed new bridges. Instead of forging our own path through the tussock, there were now narrow trails well-worn from many sets of curious feet. And, instead of having the entire site to ourselves, we passed other groups of fans on the trail. 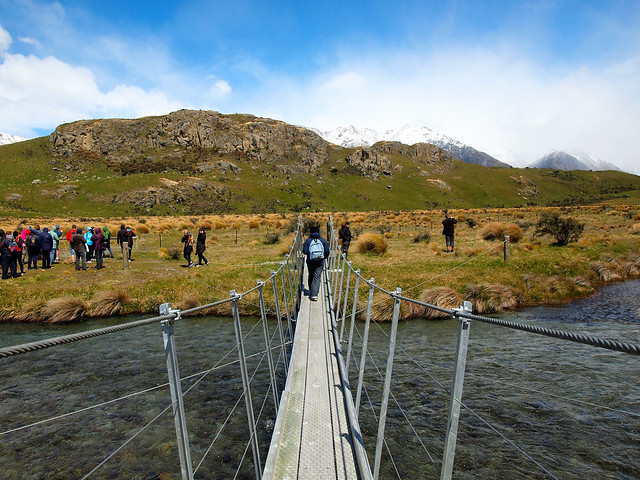 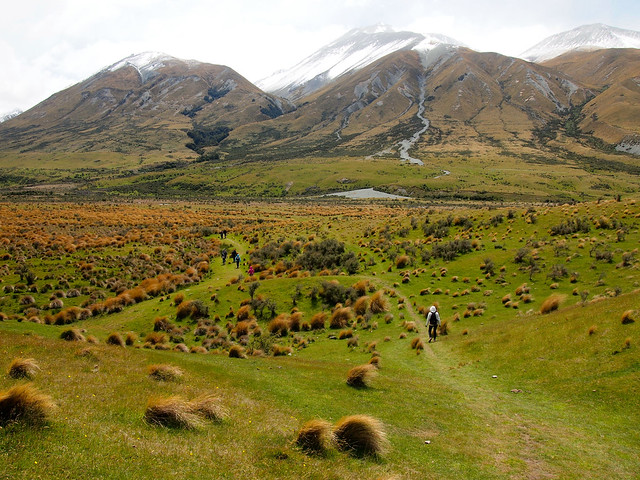 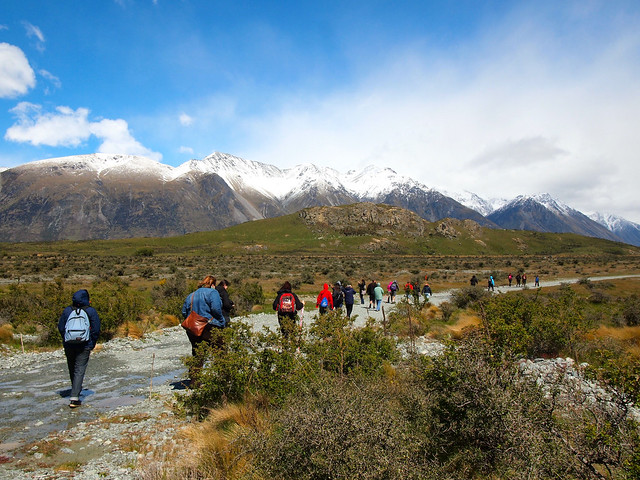 This isn't a BAD thing. After all, this site is one of the most epic I've been lucky enough to visit in New Zealand. 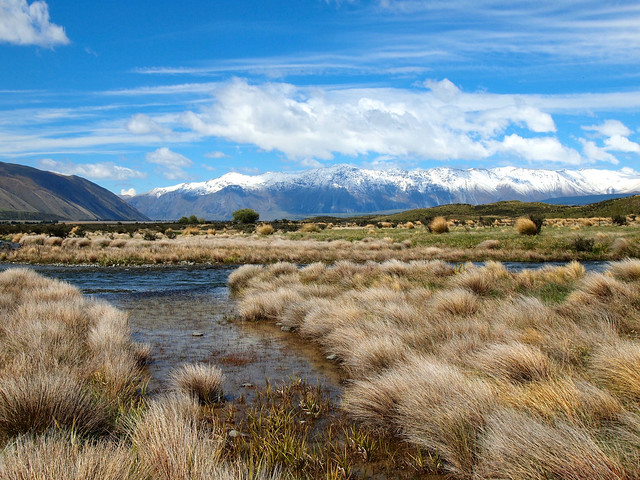 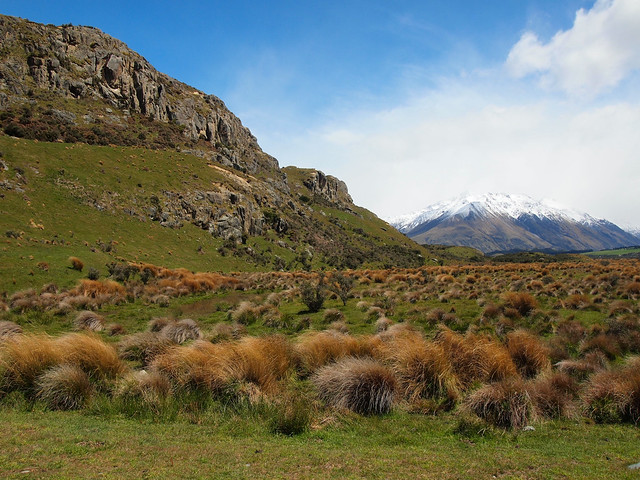 But it just goes to show you the impact the “Lord of the Rings” and “Hobbit” movies have had on tourism here. 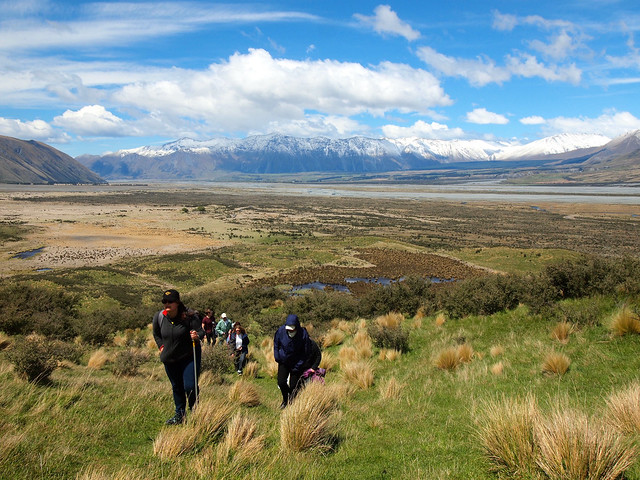 Even though Hobbiton is the only film set still in-tact in New Zealand, people still seek out other filming locations around the country — because Peter Jackson did not do anything half-assed and chose some truly INCREDIBLE places for on-location shoots.

RELATED: 5 Middle Earth Locations You Can Visit in Real Life 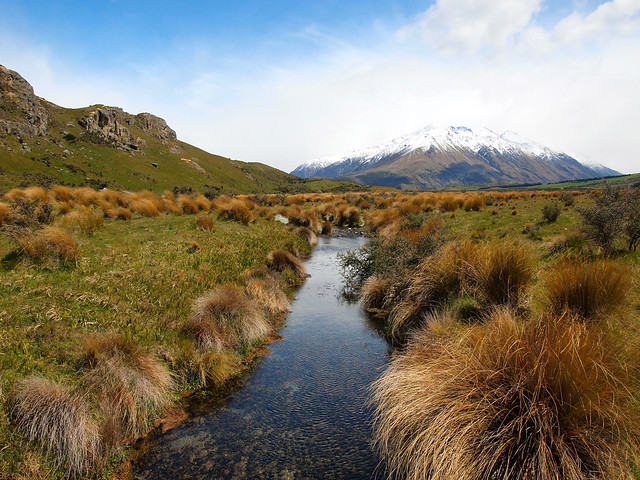 Following the release of the “Lord of the Rings” trilogy, a Tourism New Zealand study in 2004 found that 6 percent of visitors cited the films as one reason for them visiting NZ. Ten years later in 2014, a similar survey found that 13 percent of international visitors said that “The Hobbit” was a factor that influenced their interest in New Zealand as a destination.

A year ago, a news story suggested that the Green Dragon (the themed pub at the Hobbiton movie set) was the busiest bar in New Zealand's Waikato district.

Yes, hobbits and orcs and the world they live in have certainly left a lasting impression on the tourists of the world. 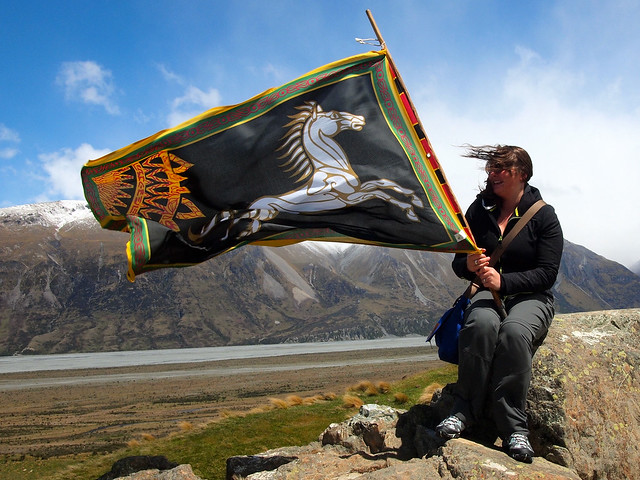 There's proof of it at Edoras, too — tour groups come from Christchurch every day, even off of cruise ships (though I would never recommend those cruise ship tours — they don't even give you enough time to climb Mount Sunday!).

But, thankfully, the remoteness of this location keeps the huge Hobbiton-scale crowds away. 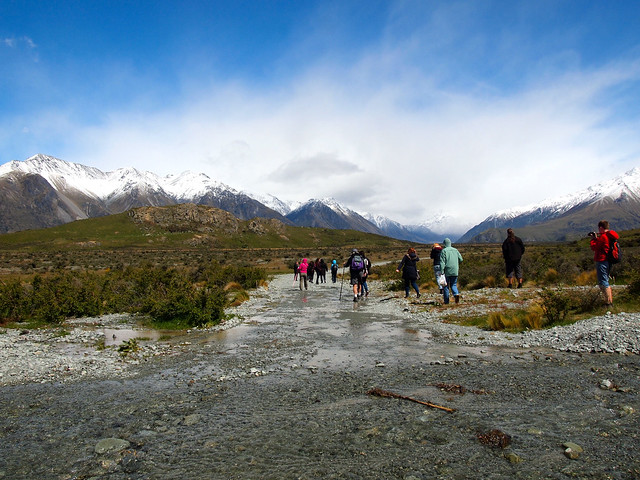 Getting to Mount Sunday requires about a 2-hour drive from Christchurch, and a bit of know-how in order to find the road that leads to the site. Once there, there's a small gravel parking lot, a gravel road the leads to the first bridge, and then a rough track that take you to the top of “Edoras” itself. 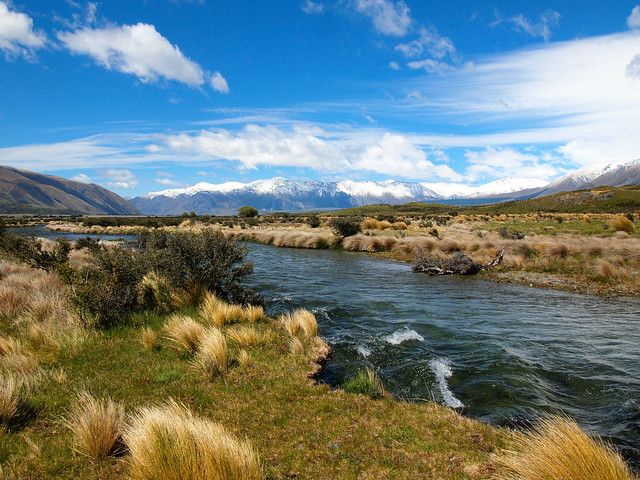 The 30-minute hike to the top is steep in spots, and can be slippery. And be prepared for strong wind!

But the views at the top are SO worth it. 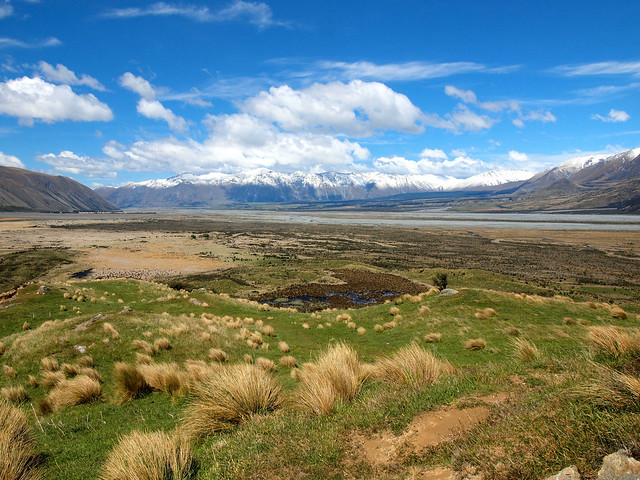 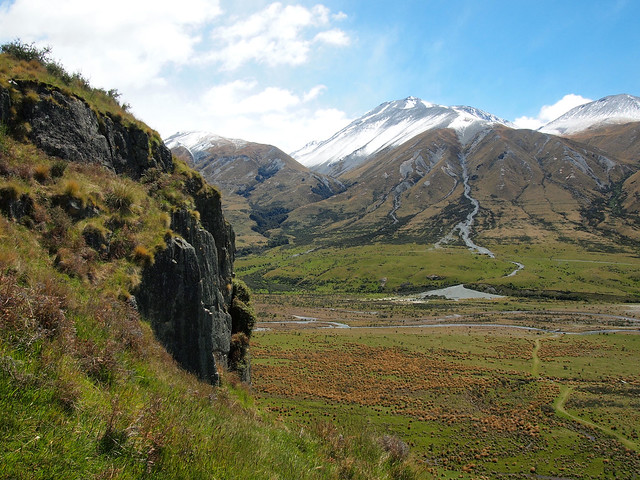 None of the Edoras set remains (though every once in a while you'll find a nail or bit of wood that was left behind by accident), but it's not difficult to imagine Rohan flags blowing outside the Golden Hall of Meduseld. (Sorry, too geeky?) 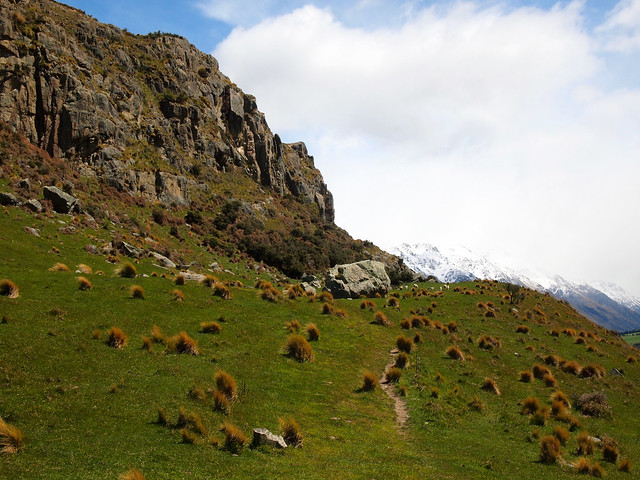 Even if you're NOT a Lord of the Rings fan, you would still be able to appreciate this location. 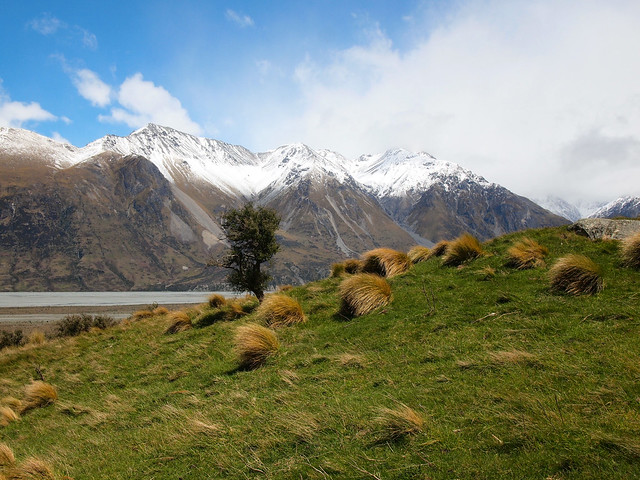 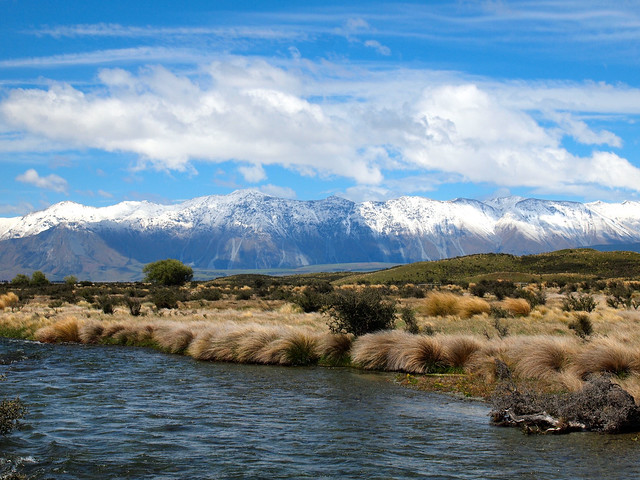 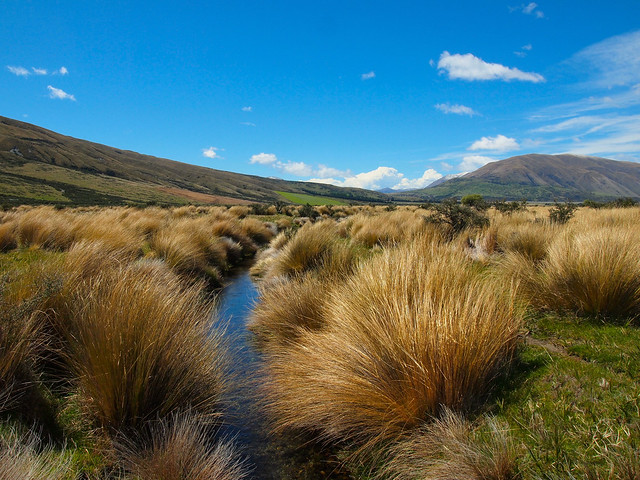 So there you have it — my favorite not-so-secret-anymore location in New Zealand.

Even though I don't ever want to see it overrun with tourists, I still highly recommend finding this spot if you find yourself with some extra time in the Canterbury region of New Zealand. 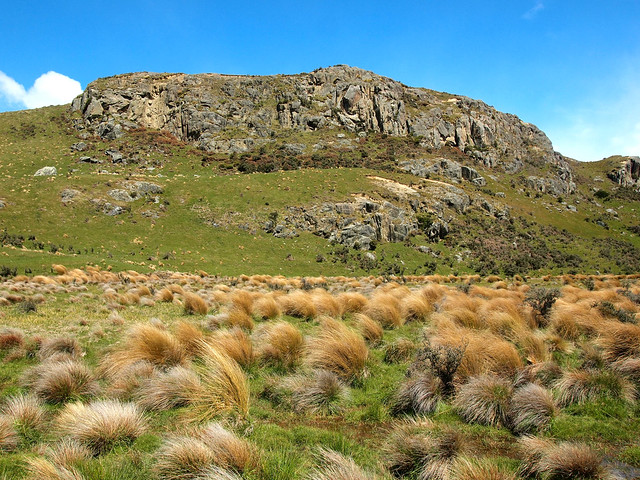 Is this a place YOU would visit?

*Note: I visited Edoras as part of my 14-day Lord of the Rings tour with partner Red Carpet Tours. As always, though, all opinions are my own!

34 Comments on “Visiting Mount Sunday (AKA Edoras) in New Zealand”