Fantasy Meets Reality on a Mountaintop in New Zealand

It's most likely happened to you.

You've found yourself watching a movie filmed in New Zealand — by this point there are a ton of them — and you've looked at the scenery and thought… “There's no way that's real.” 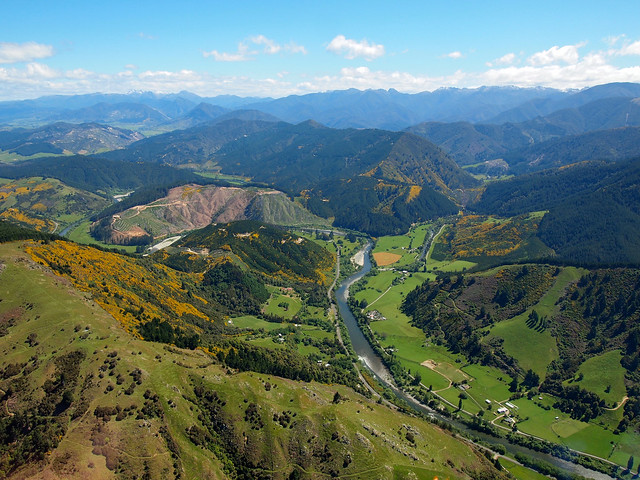 I say that this has most likely happened to you because it's definitely happened to me. Before my first trip to New Zealand, I was worried that the real landscapes would never be able to live up to how they looked on the big screen.

All those snowy mountains and green valleys and blue lakes ARE real. They are 100% real, and they look even BETTER in person. 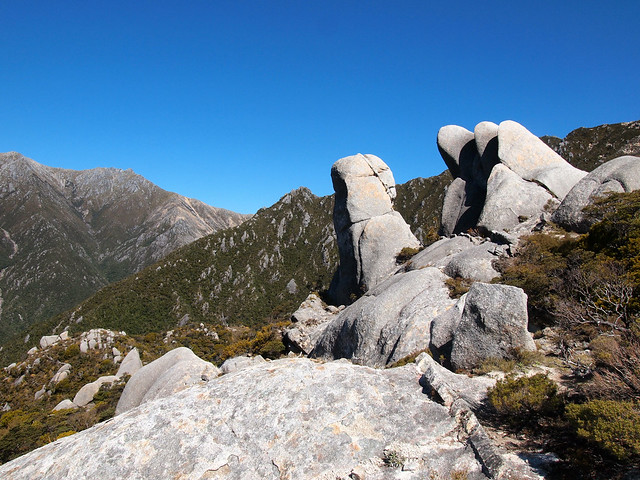 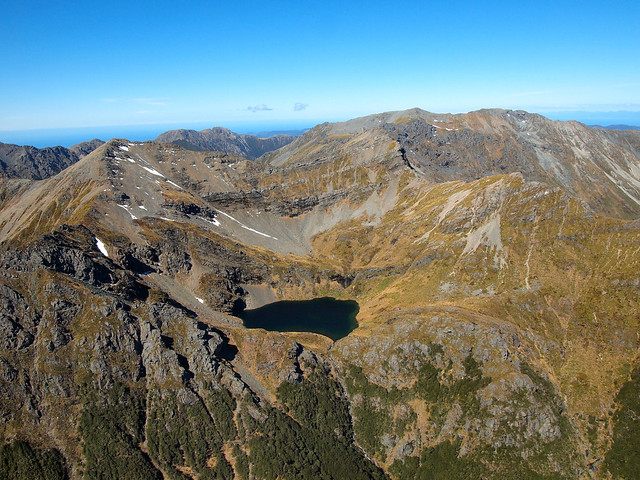 This was hit home for me again on my fourth trip to New Zealand when I booked a helicopter tour out to a remote location in Kahurangi National Park. The location is known as Mount Olympus, and it's accessible only by helicopter. 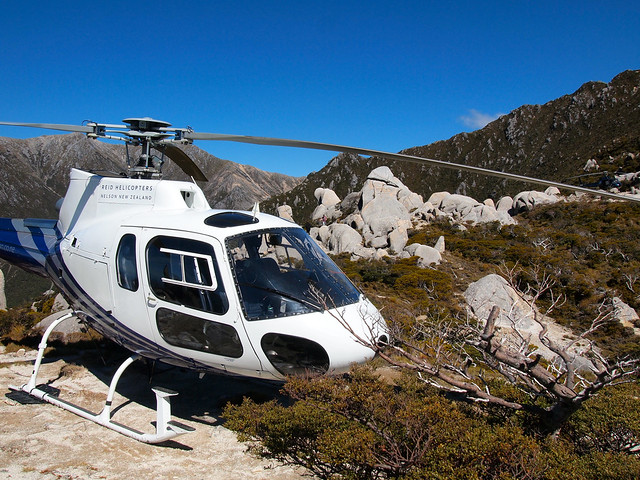 It was used as a filming location in the first “Lord of the Rings” movie (the scene where the Fellowship hides from evil black birds sent to spy on them by Saruman), and it's one of those places you see on screen and just assume that it was filmed in a studio with the background CGI'd in.

But no. Peter Jackson does nothing half-assed when it comes to the movies he makes — AND he loves to spotlight some of New Zealand's most epic landscapes. 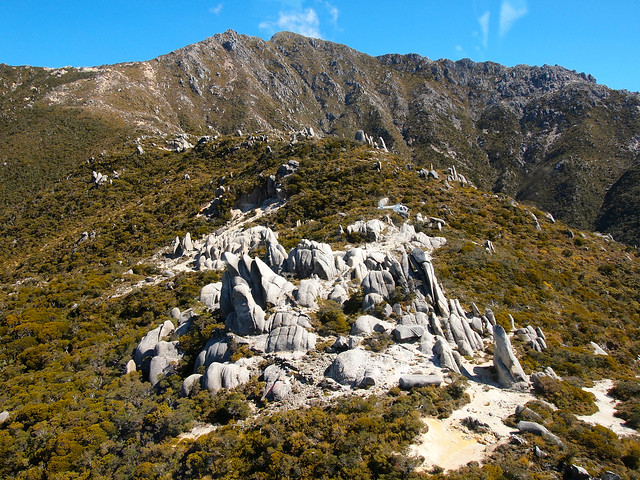 This site — with it's ridiculously cool rock formations — definitely qualifies as “epic.” 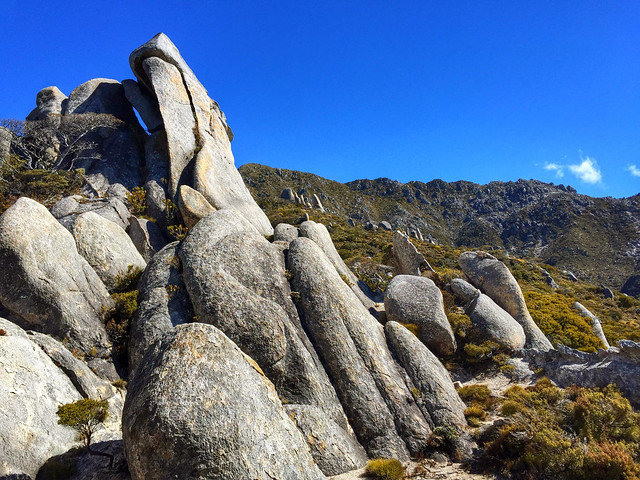 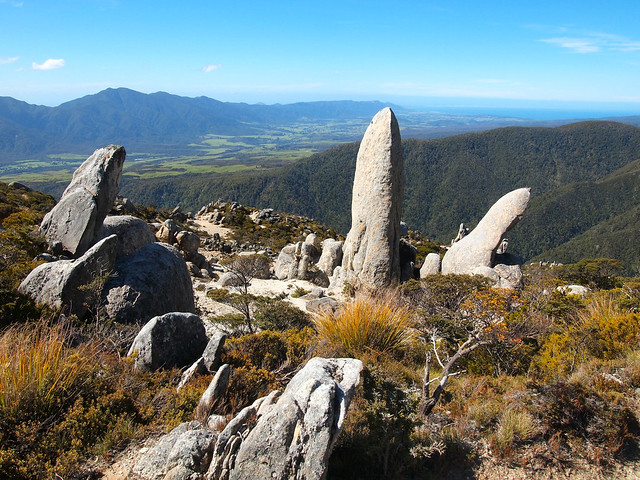 And the flight there isn't too shabby, either. 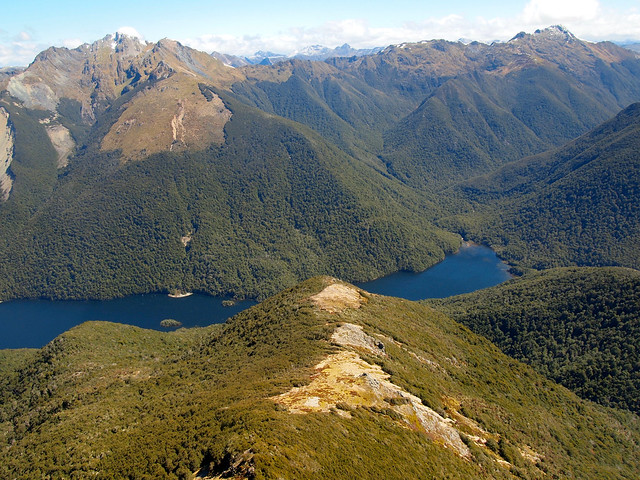 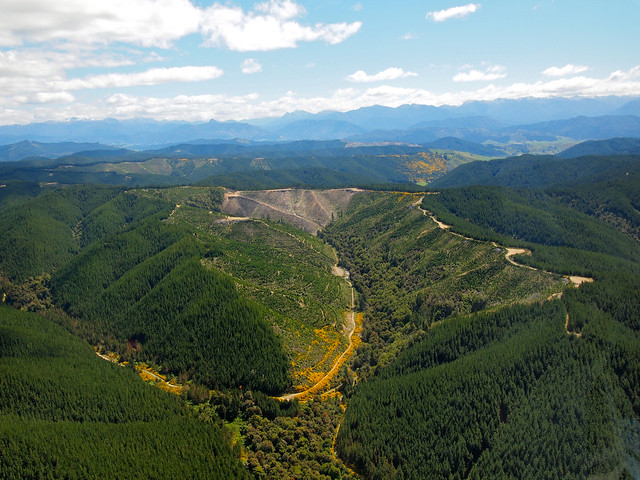 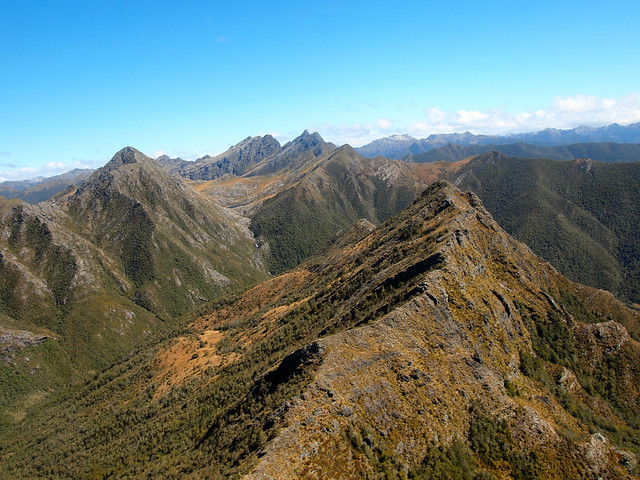 I got to this spot on a tour with Reid Helicopters out of Nelson. It was actually one of their pilots who flew Peter Jackson and his crew of location scouts to this site more than a decade ago when looking for locations for the “Lord of the Rings” trilogy. They know their stuff, and they also love showing off this part of New Zealand to anyone who's interested. 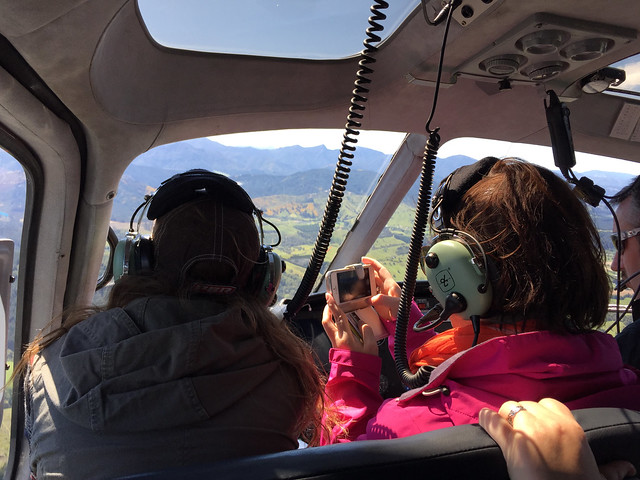 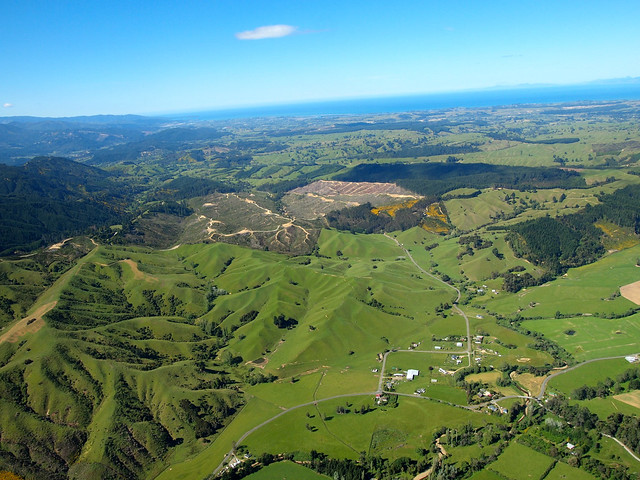 Since this tour is an optional extra when you book a Lord of the Rings tour with Red Carpet Tours, there were 16 of us flying in three different helicopters to the site. Seeing how difficult it was to get 16 of us up there, I can't even begin to imagine how tough it must have been to orchestrate getting a full cast and film crew up there to film those “South of Rivendell” scenes!

We landed on Mount Olympus, and had some time to climb the rocks and re-enact a few scenes. Our pilots doubled as tour guides, pointing out where different things were filmed and also telling us some stories (like how actor Sean Bean was terrified of helicopters). 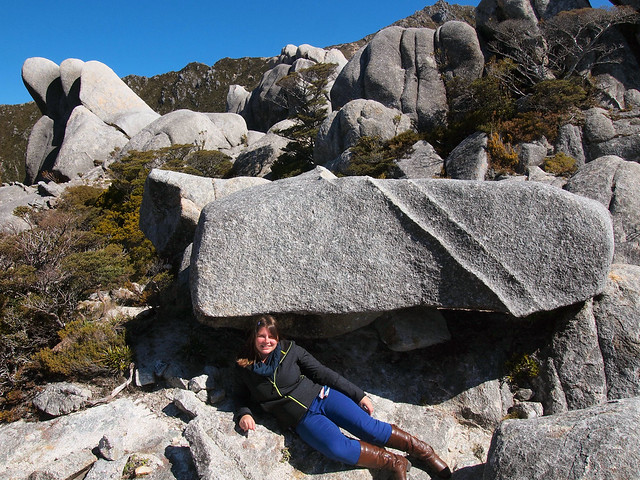 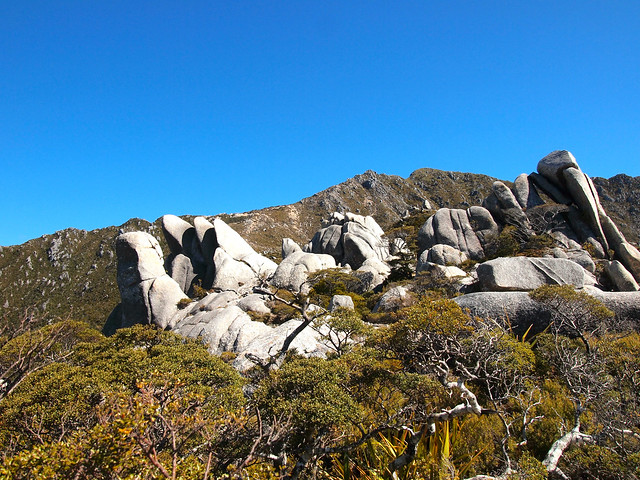 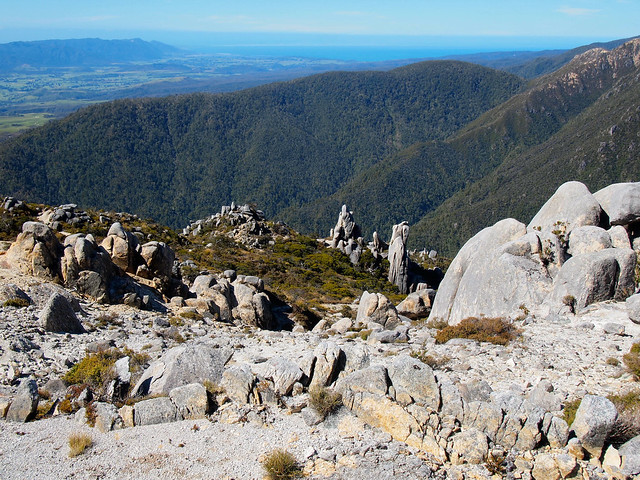 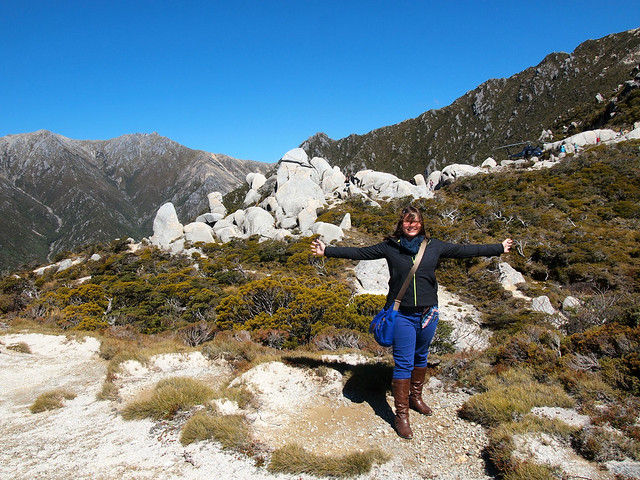 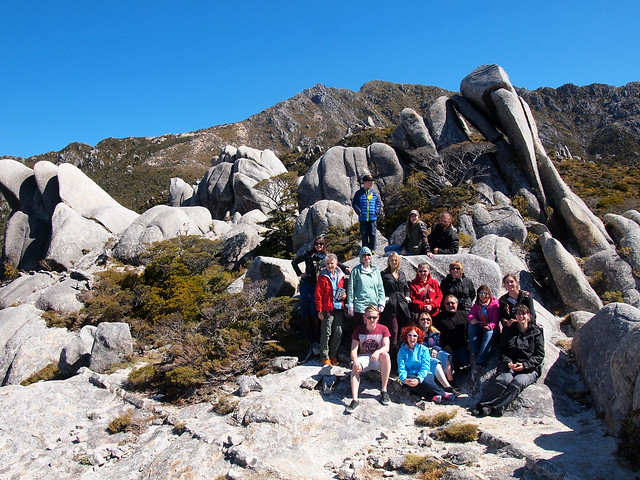 Helicopter tours aren't cheap (because they guzzle gas at an alarming rate). But, if you have the chance to do something this unique in a place as incredible as New Zealand, I would definitely tell you to go for it. I don't think you'll regret it at all. 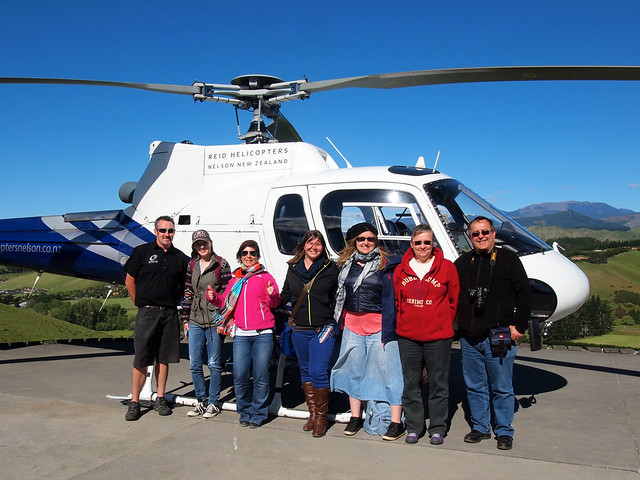 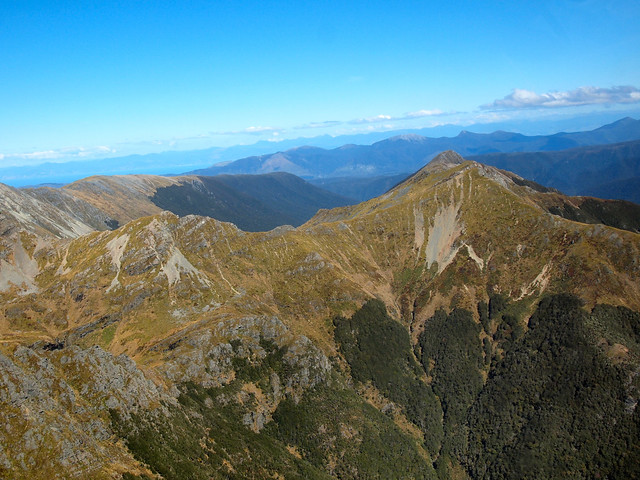 I went on the “Mt Olympus, South of Rivendell” tour with Reid Helicopters. This tour consists of about an hour in the helicopter, and one landing atop Mt Olympus. 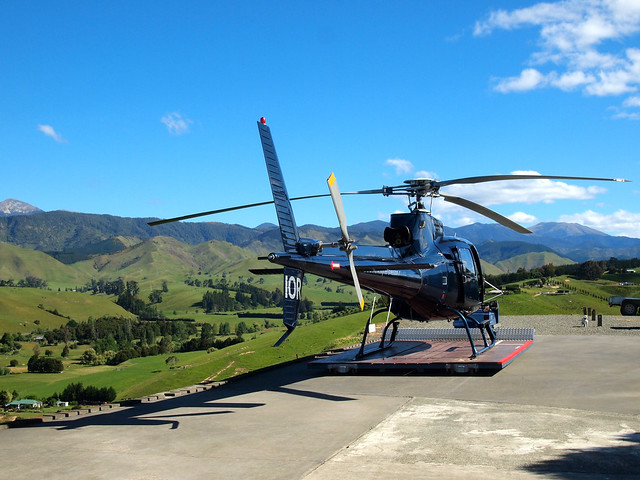 READ NEXT: 5 Middle Earth Locations You Can Visit in Real Life

Is this an adventure YOU would want to have in New Zealand?

*Note: I did receive a discount on this tour from Reid Helicopters, which was an optional extra as part of my 14-day Lord of the Rings tour with partner Red Carpet Tours. As always, though, all opinions are my own!