If you’re planning a trip to New Zealand that involves a rental car, you’ll probably get all sorts of suggestions on all the best places to see, eat and stay. You’ll be told not to miss the scenery in the Bay of Islands and Milford Sound. You’ll be advised of the must-see (but smelly) geothermal activity in Rotorua. You’ll have to make a pit stop in Queenstown for some adventure sports. And the list goes on with a host of beaten-path suggestions.

But what about some of those less-traveled roads? How about those not-so-well-known spots? All of New Zealand is postcard-perfect, but there are some areas that are slightly more perfect than others. And many of them won’t show up in a list of top NZ destinations.

Which is why I’m here to share with you five roads less traveled in New Zealand that are definitely worth your time and gas money.

Note: Most of these drives require at least a full day, if not more.

And, if you want to see a map of where some of these mentioned spots lie, scroll down to the bottom of this post.

Starting up north and within easy driving distance from Auckland is the Coromandel Peninsula. The area markets itself as “where Kiwis go on holiday!”, claiming to be a popular vacation destination among local New Zealanders. I don’t know if that’s actually true, but I can agree that the Coromandel Peninsula is worth a visit for a day or two.

Hop on the Pacific Coast Highway outside of Auckland, and take the scenic loop around the Coromandel Peninsula. The highway winds along a spectacular coastline, with ocean on one side and rainforest-draped mountains on the other.

Some other suggestions for the peninsula include: fishing; surfing at Whangamata or Pauanui; golfing; and learning about gold mining in Waihi, complete with a ride on Goldfields Railway through the Karangahake Gorge. 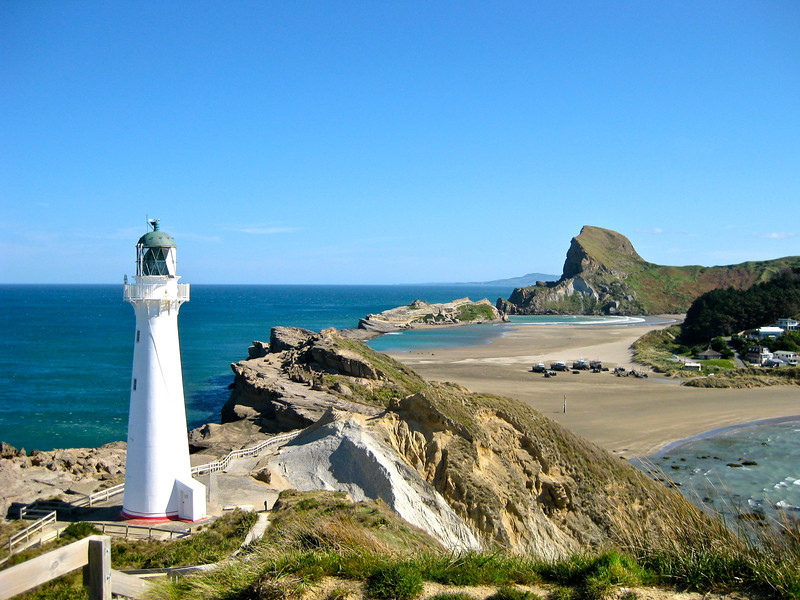 Further down the north island lies the small beachside town of Castlepoint on the Wairarapa coast, a couple of hours northeast of Wellington. Castlepoint was named in 1770 by Captain James Cook, who was reminded of castle battlements when sailing past Castle Rock.

Castlepoint is home to a lighthouse that sits upon Castle Rock, sand dunes, and a reef that encloses a blue-green lagoon. Castlepoint is by far one of the windiest places I’ve ever visited, but also one of the most naturally beautiful.

If you’re starting out in Wellington, the drive to this stunning spot involves traversing through the Wairarapa wine country.

Prepare to leave Castlepoint coated in sand from the strong coastal winds. But, I promise, it’s worth every crunchy grain lodged between your teeth.

West Coast of the South Island

Hopping down to the South Island, be sure to explore the rugged west coast before heading further south. Many people ignore the west coast of New Zealand entirely when they visit the country. The west coast of the south island is especially remote (it markets itself as “wild”), and is often characterized by wet, foggy weather. But it's beautiful in its own right.

From Greymouth, hop on State Highway 6 and discover yet another side of New Zealand.

Be prepared for the west coast’s quickly-changing weather, along with some impressive coastal vistas. 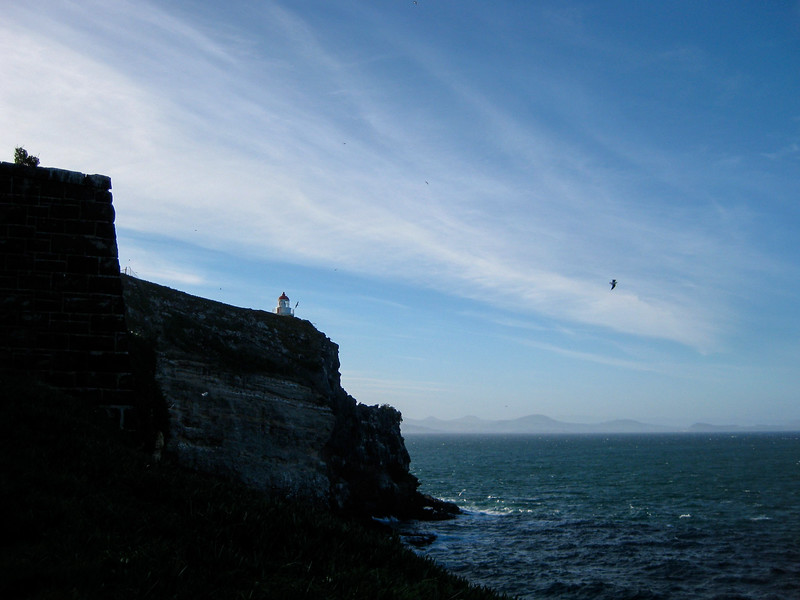 While in the South Island, be sure to allow time to explore the Otago Peninsula if you’re going to spend any time in or around Dunedin. Take the harborside road from Dunedin, which will give you views of bays and inlets, sandy beaches, and sheep-dotted hills on your way to Taiaroa Head.

On the way back from the tip of the peninsula, take “the high road,” also known as Highcliff Road, which offers fantastic views over the whole region. If you can time this drive to coincide with sunset, I promise you won’t be disappointed.

Southern Scenic Route and the Catlins 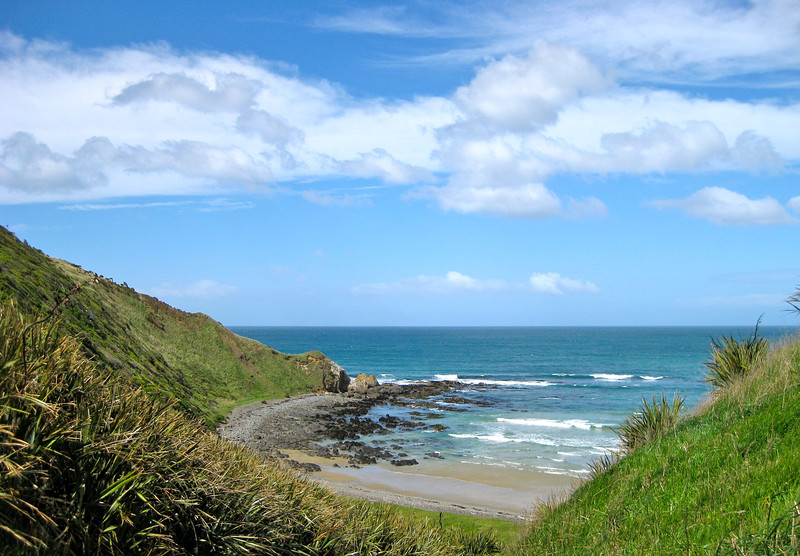 From the Otago Peninsula, the next drive that makes the most sense is taking the Southern Scenic Route through the Catlins to Invercargill. This might possibly be one of my favorite things I did while living in New Zealand for five months – and that’s saying something!

Beginning in Dunedin, follow the route first through rolling farmland and then along the south island’s rugged coast. There’s a lot to choose from along the Southern Scenic Route, so be sure to pick up a detailed map before you leave so you can plan your journey accordingly.

Before you head into Invercargill, consider driving down to Bluff, the southern-most city on New Zealand’s south island. It touts itself as being the place “where the highway starts,” and the international signpost at Stirling Point is a popular spot for photos. If it’s a clear day, head up to Bluff Hill, where you may be able to spot Stewart Island away in the distance. You can take a ferry over to the island, if you dare brave the treacherous Foveaux Strait.

RELATED: DOs and DON'Ts for a New Zealand Road Trip

These five drives don’t really even begin to scratch the surface, of course. New Zealand has so many stunning spots to discover that it would be impossible to list them all. But these, I think, are a good start.

You also will want to check out the drive between Queenstown and Wanaka, the trip up the middle of the south island through Aoraki/Mount Cook National Park, the north island Desert Road through Tongariro National Park with views of the volcanoes… and the list really goes on and on.

Hopefully these roads less traveled will give you some inspiration for your New Zealand adventure. Or, at the very least, inspire you to venture off the beaten path. Do you like to get off the beaten path when you travel? What's the most out-of-the-way place you've ever been? 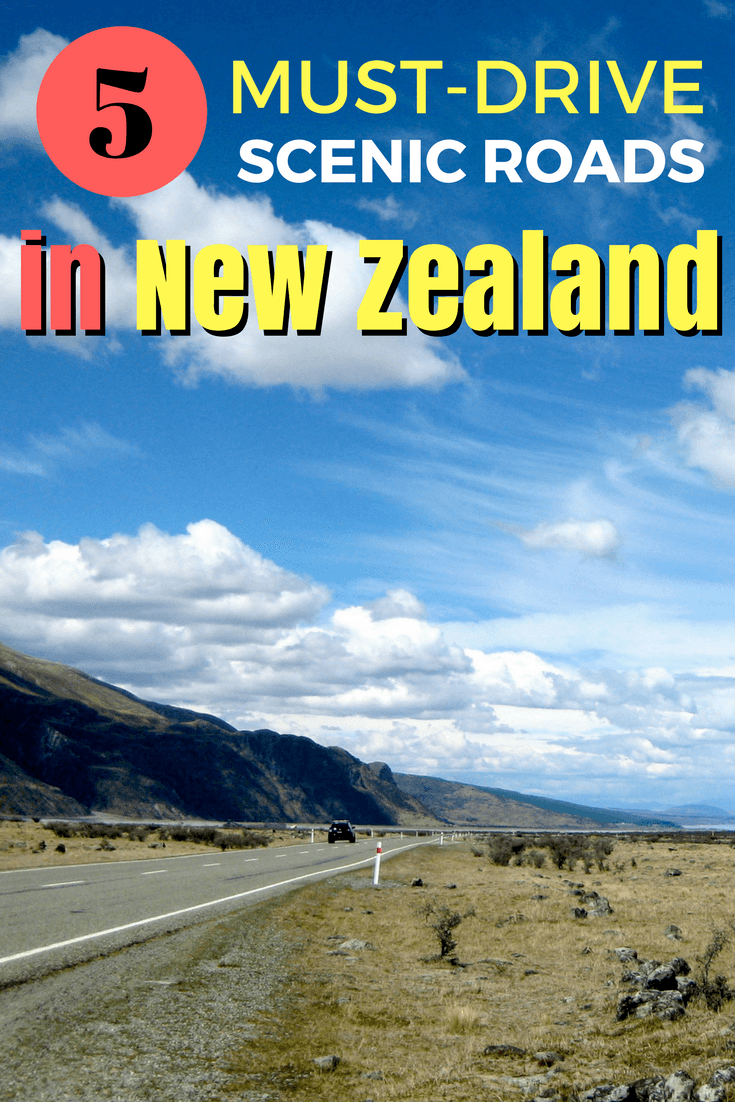