There’s No Place Like Rome: A First-Time Visitor’s Guide

That was the motto of my first trip to Italy, back in 2005. That trip was a one-week performance tour with my university marching band to not only the Eternal City, but also to Sorrento and the Amalfi Coast. But it was really Rome that all of us were looking forward to.

Most Americans begin learning about Rome as early as elementary school. We learn about gladiator fights in the Colosseum, the various emperors who ruled from Palatine Hill, and the thousands (yes, THOUSANDS) of years of history that this Italian city has to offer. 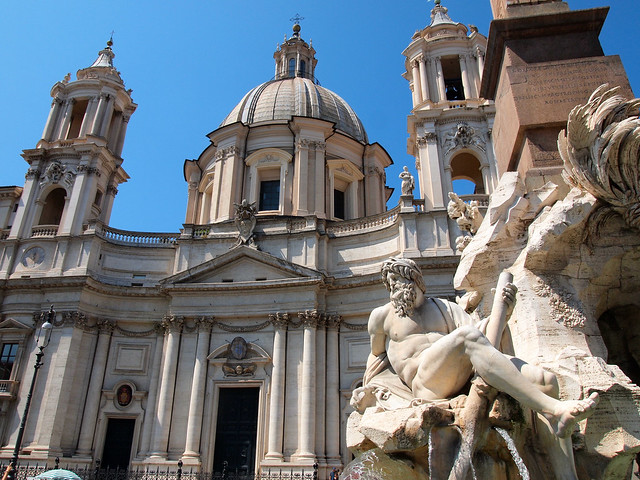 To me, Rome was always a city that I saw as being both romantic and edgy, modern yet historic, beautiful yet rough around the edges.

And you know what? It is. It's all of these things and more.

But, seeing as our band had so many places to visit in just one week, we were left with only about two days to explore Italy's capital. So how do you possibly choose what to see with so little time in Rome?

Well, you could do as I did and just hop on the metro and see what happens. Some friends and I took a day to just wander around the city, armed with only a guidebook and a vague sense of direction. This was incredibly fun, of course, but we probably would have been able to see more if we'd gone in with some sort of plan. 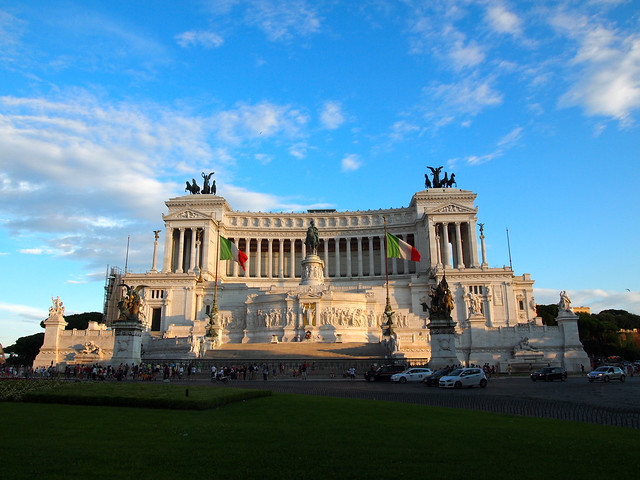 If 2005-me could have asked present-day-me what to do and see during that short amount of time in Rome, here's what I would have told her.

Must-dos on your first trip to Rome

Check out the Trevi Fountain

Despite the crowds and annoying vendors who will try to trick you into buying roses or stupid toys, the Trevi Fountain is still very much worth visiting. The fountain itself is beautiful, and it's a great place to go and people-watch.

Also, be sure bring some coins with you to throw in. There are many versions of how and how many coins you should throw… One coin is supposed to ensure you a return visit to Rome, while three coins over your left shoulder (which I did) is supposed to bring you good luck. Throwing coins in the Trevi Fountain is so popular that thousands of euros are thrown in each day.

Pasta, pizza, gelato, wine… You can't possibly go to Italy and NOT have them all. It would be a sin.

Go to the Vatican

Speaking of sins, even if you're not Catholic, a visit to Vatican City is a must when in Rome. This sovereign city-state is home to the pope and the Catholic Church, and also the most ornate church I've ever visited — St. Peter's Basilica.

You may want to stroll through the Vatican museums (even if just to see the Sistine Chapel), hear a Mass inside St. Peter's, or perhaps climb a few hundred steps to the top of the dome of St. Peter's for a fantastic view out over Rome. Before you go, try to catch a glimpse of a Swiss Guard, and send a postcard from the Vatican City post office — the stamps and postmarks are worth it!

RELATED: Why You Should Book a Tour of the Vatican 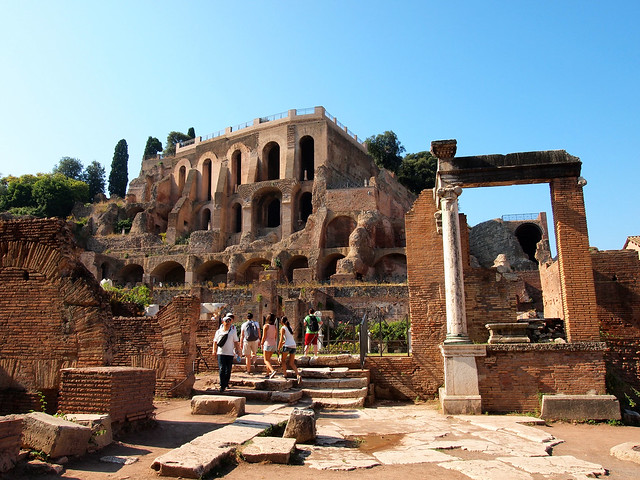 It's free to walk through the ruins of the Roman Forum, and I would suggest doing it differently than I did the first time. I strolled through the ruins at dusk, with absolutely no clue what I was looking at. Sure, the ruins were cool-looking, but I would try to be at least a little more prepared next time, or maybe even hire a guide. I also missed Palatine Hill, which I regret.

The Colosseum is an incredible feat of engineering, and you should definitely make time to get inside if you can. (I didn't make it inside during my first trip to Rome, but did manage to visit on a behind-the-scenes tour on my second trip!) From the inside, you can see not only the stadium-style seating, but also the underground portion where gladiators and wild animals would have waited to go an compete in the arena.

I skipped the Pantheon because I couldn't find it. This is a stupid excuse, and I was sure to visit on my second trip to Rome. While many other ancient structures in Rome have been renovated or left to crumble, the Pantheon has been left largely as-in. Meaning it looks today just as it did a thousand years ago. And that's pretty cool. 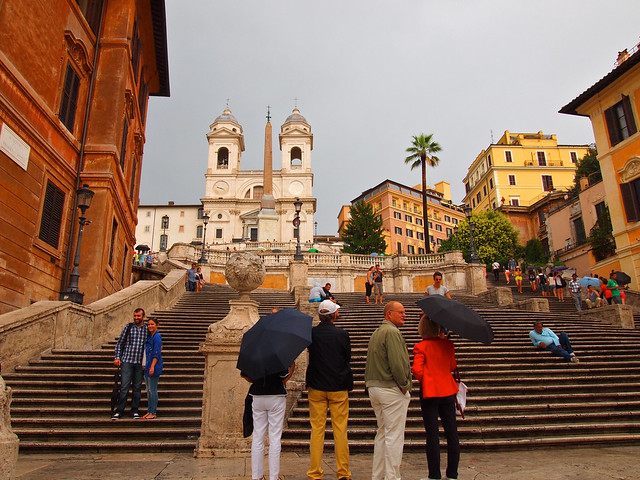 This isn't necessarily a “must” in my book, but the Spanish Steps are one of Rome's most well-known tourist spots. And, if it's your first time in Rome, chances are you'll want to hit all of those top spots. If you have to leave one thing off the list, however, this one could be it. Steps are steps, after all.

I'm aware that most of the things on my list are usually deemed as being very “touristy” in Rome. Things like touring the Colosseum and throwing coins into the Trevi Fountain, for example. But you know what? I don't really care. When I visit a big, historic city for the first time, I WANT to see all the touristy spots. I want to wander around with my camera and try to understand what all the hype is about.

It's not everyone's travel style, but it's definitely mine.

So help me out. What are some of the other “must-sees” in Rome that you'd recommend to first-time visitors?

38 Comments on “There’s No Place Like Rome: A First-Time Visitor’s Guide”