Getting a Taste of Plantation Life at Boone Hall

As an American, there are certain aspects of my country's history that I'm not exactly proud of.

It's a shame I know I’m not alone in feeling, though, whether in my country or in other nations and cultures around the world. Nearly every country has something dark in its past that it would rather forget. Wars. Scandals. Discrimination.

The key is NOT to forget these things, though. Instead, we need to learn from the mistakes. 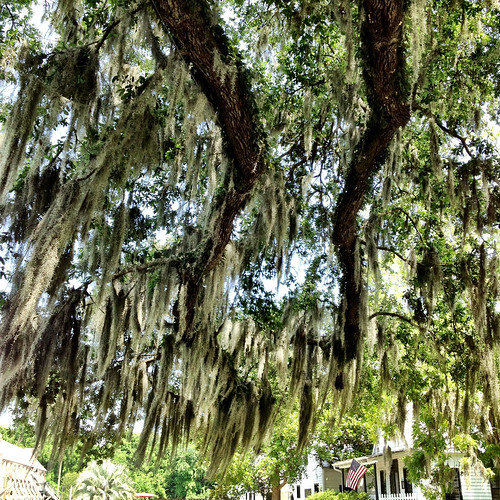 Arguably the biggest “mistake” in America’s history is its centuries of slavery.

Slavery was never confined to the U.S., of course. But in terms of historical hiccups, I feel like slavery has had the most lasting effect on America as a nation. To this day we are still dealing with issues associated with slavery, the Civil War, and the struggle for civil rights.

The good news is that this makes for some fantastic learning opportunities.

On my recent road trip through the Old South, my sister and I decided we wanted to visit at least one antebellum plantation. For a very long time, plantations – and the slave labor that fueled them – were the backbone of the Old South. We wanted to understand plantation life a little better, and after some research settled on a visit to Boone Hall Plantation in Mount Pleasant, South Carolina, just outside of Charleston.

Boone Hall began as a 470-acre plot of land gifted to Theophilus Patey in a land grant in 1681. Patey then gave the land to his daughter and her husband, John Boone, as a wedding gift. Since then, the plantation has grown everything from rice to cotton to pecans to strawberries, and has been owned by everyone from farmers to businessmen to a Georgian prince. (It also grew in size, reaching more than 4,000 acres by the mid-1930s.)

Boone, however, was really the catalyst that started it all. It was his heirs that built the original wooden farmhouse on the land in 1790, as well as planted more than 80 live oaks along the mile-long driveway in 1743 – now known as the famous “Avenue of Oaks.”

Boone was also the one who began using slave labor to run day-to-day operations of the plantation.

Slaves from West Africa were first brought over to grow rice. Then the crops of choice became cotton and indigo. When the Horlbeck family bought the plantation in 1817, they opened up a brickyard and began producing bricks using the clay from the nearby Wampacheone Creek. These bricks – produced entirely by the slaves – were used to build many buildings in downtown Charleston.

After “the War of Northern Aggression” (AKA the Civil War to us Northerners) ended the slave trade in America, Boone Hall’s main crop became pecans. For a while, it was the largest producer of pecans in the U.S.

Many of the former Boone Hall slaves stayed on at the plantation as sharecroppers – still living in slave cabins and doing their former jobs. (And if you think this doesn't sound like a very great deal, it wasn't; but that was the reality for a majority of “emancipated” slaves who had nowhere else to go.)

After the Horlbecks, Canadian Thomas Stone bought the property in 1935. He owned it long enough to tear down the original wooden farmhouse and build the Colonial Revival-style house that stands at Boone Hall today, using wood from the original house and bricks from the then-defunct Horlbeck brickyard. 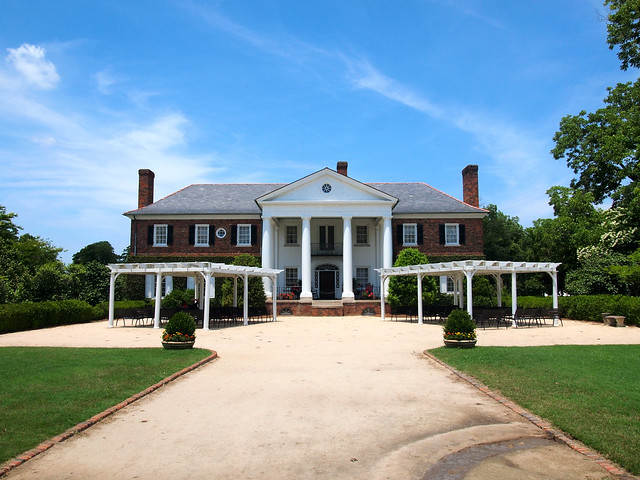 Today, visitors to Boone Hall Plantation can not only tour the house and learn about the families that shaped its history, but they can also take a tour of the property to learn about all the crops that have grown here over the past 320+ years, as well as visit 9 original slave cabins (dating from the late 1700s) that were used by sharecroppers well into the 1900s.

As far as educational experiences go, Boone Hall offers up a lot. Along with a house tour, grounds tour, and interactive exhibits in the slave cabins, my sister and I also sat in on a show at one of the cabins about the slaves that came over to the Carolinas from West Africa and the adjustments they had to make. This look into Gullah-Geechee culture was unexpected, yet fascinating. 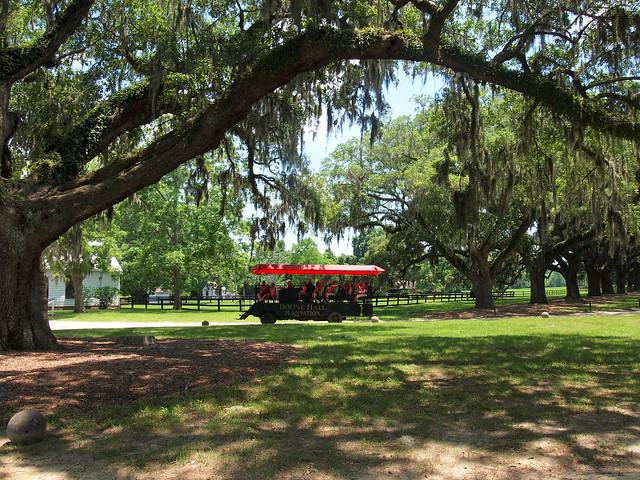 Plantation tours often gloss over the story of the slaves, so I appreciate that Boone Hall offers some educational options about this side of plantation life, too.

And the best part is that all the tours and activities at Boone Hall are included with the price of admission.

If you are at all interested in the history of this part of America's past, I highly recommend a plantation tour like this in the Old South. 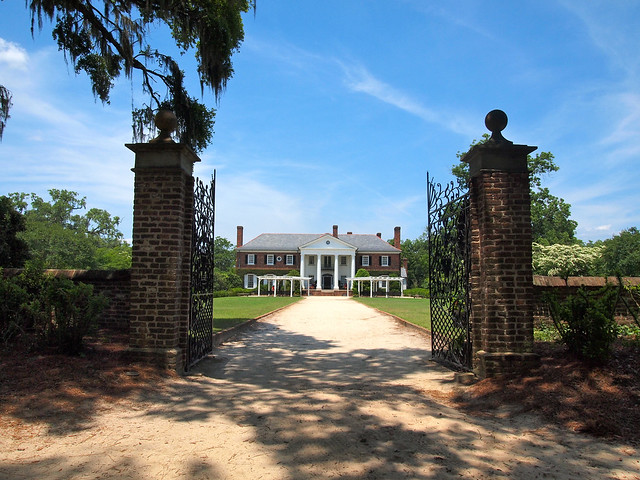 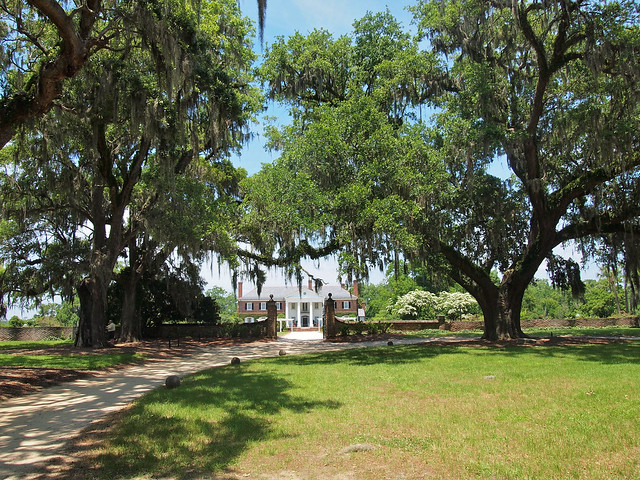 My sister and I settled on Boone Hall both because of the photos we saw (how AWESOME is the Avenue of Oaks?!) and because of the fact that everything is included with the admission price. Other plantations in the area that you can tour charge you separately for every little thing, which can add up quickly.

I also wanted to go to a plantation that at least acknowledges the reality of slavery in the South instead of just glossing over it. Boone Hall isn't perfect in this respect, but offers more than other plantations in the area.

Don't have a car? You can also visit Boone Hall on this plantation tour from Charleston.

Would you want to visit a place like Boone Hall Plantation? 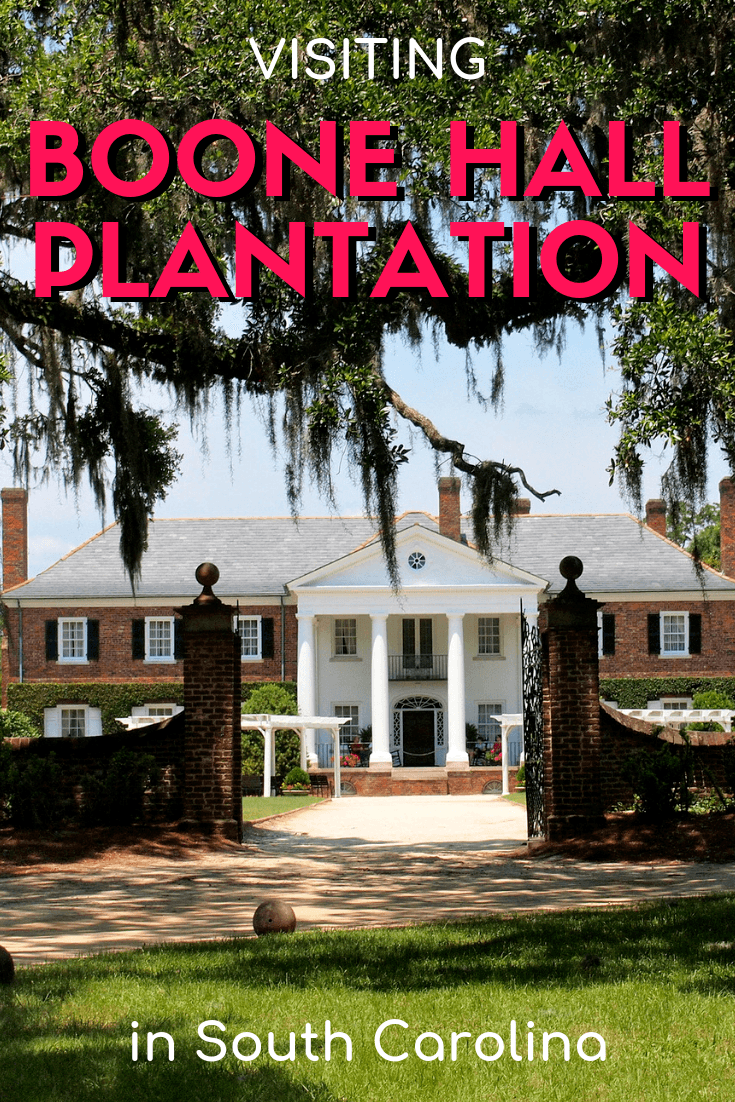