Dunedin may be best known for being home to Otago University and Baldwin Street, the steepest street in the world. But there's much more to the little south island New Zealand city than that. I think what struck me most about Dunedin was the beautiful buildings scattered around downtown.

Here are a few of my favorites.

The Dunedin Railway Station is one of the most iconic buildings on New Zealand's south island. The architect, George Troup, was forever known as “Gingerbread George” after designing this beauty, which was built in the early 1900s. 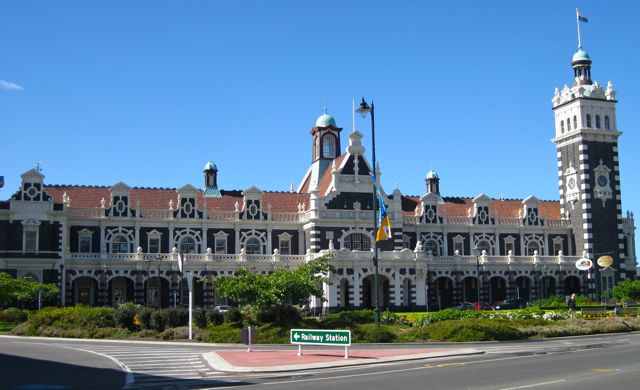 Dunedin's Town Hall building, located in The Octagon (a giant city square, except that it has 8 sides), is pretty impressive. It was built in 1880, but has been redesigned and restored a few times, most recently in 1989.

Right next to Town Hall stands St. Paul's Anglican Cathedral. The church opened in 1919, and is said to have the only stone-vaulted nave in New Zealand. I love the Gothic style and the rounded doorway. 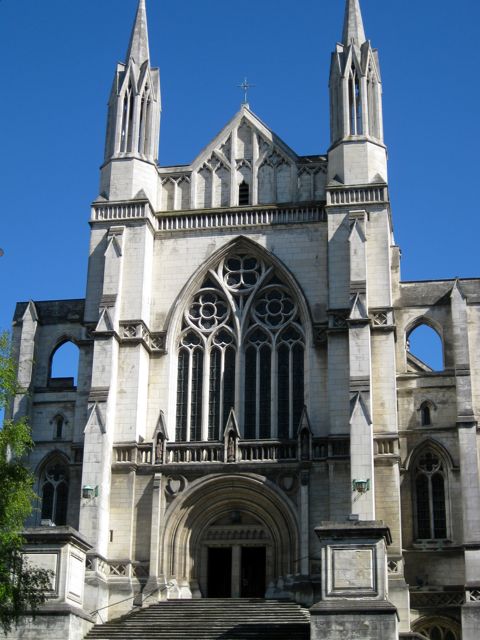 I'm not actually sure what this building's official name is… but I love it. It appears to be home to The Star, Dunedin's local newspaper. 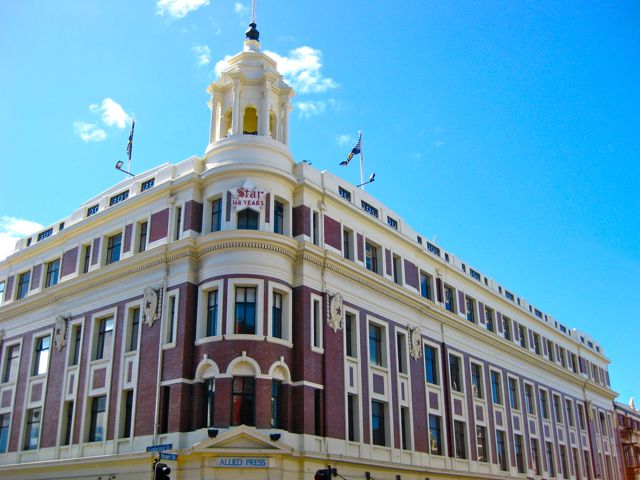 Lastly, this building may well be my favorite. Or, at least, it's tied with the Railway Station: First Presbyterian Church. This gorgeous Gothic church took 6 years to build, and opened for worship in 1873. Its spire reaches 54 meters into the sky, and can be seen from almost anywhere in Dunedin. Have you visited Dunedin? If so, did you fall in love with the architecture like I did?

7 Comments on “My Favorite Architecture in Dunedin, New Zealand”