In Photos: The Adorable Town of Beverley, England

Chances are that unless you've either been before or are from Yorkshire, you probably haven't heard of the town of Beverley, England.

As much of an Anglophile as I am, I hadn't heard of it until a recent trip to England, when a local blogger showing me around the city of Hull suggested we go to Beverley for half a day.

Beverley is known for a few things: its market that takes place on Wednesdays and Saturdays, its Minster church, and its racecourse. It's also known for its historic center – there's been a settlement here in the East Riding of Yorkshire since the 7th century!

The town was originally founded around 700 AD by Saint John of Beverley, was under Viking rule for a while, and at one point was a major wool-trading port in the UK. Today, tourism makes up a large part of the town's economy. And a half-day visit from Hull made me understand why.

There's no way around it: Beverley is just adorable. It's got that small-town English charm that I just can't help but gush over. It's not quite as rural or old-timey-feeling as, say, the Cotswolds, but there's still something about Beverley that just kind of feels warm and fuzzy. 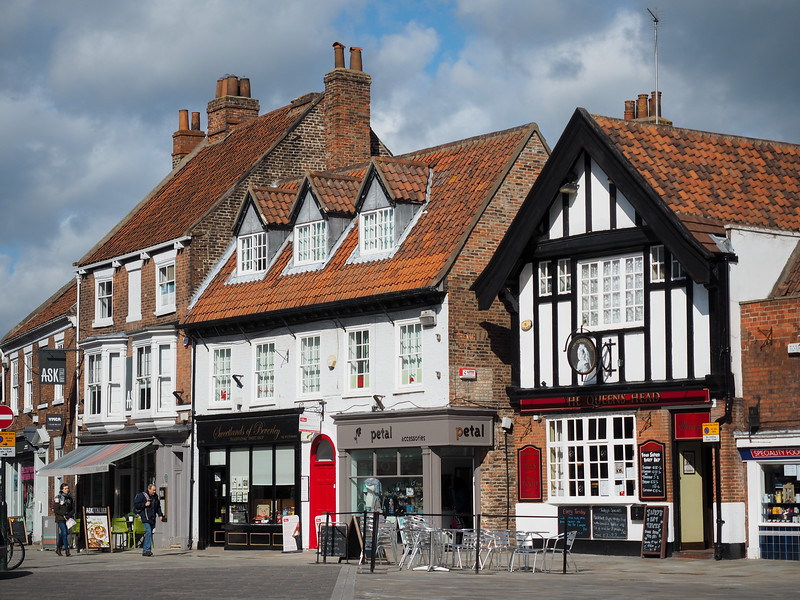 We took a morning train to Beverley from Hull (it's just a quick 15-minute ride), and strolled through a residential area on our way from the train station to the Beverley Minster, which can pretty much be seen from any point in the town. 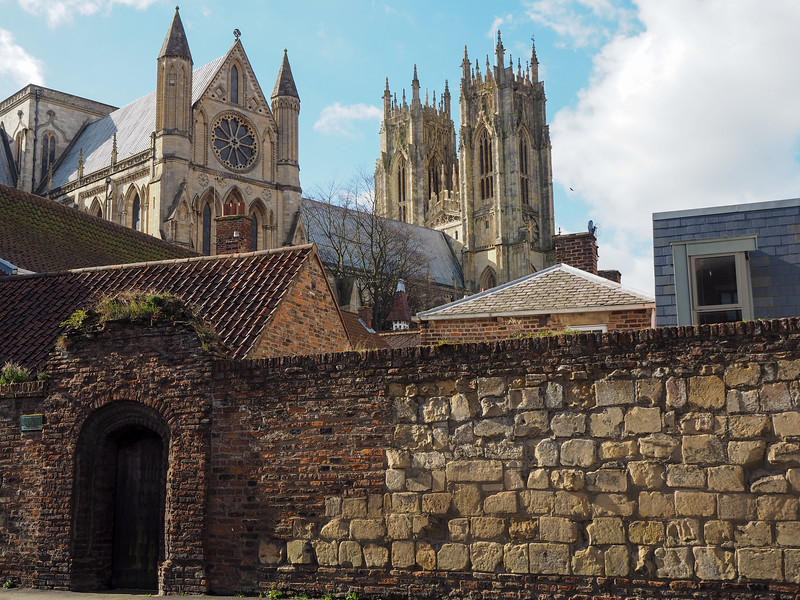 Even though it was windy as hell, we spent time outside enjoying the sunshine, marveling at how green the grass was, and taking photos of the pretty blooming trees. Spring looks good on you, Beverley. 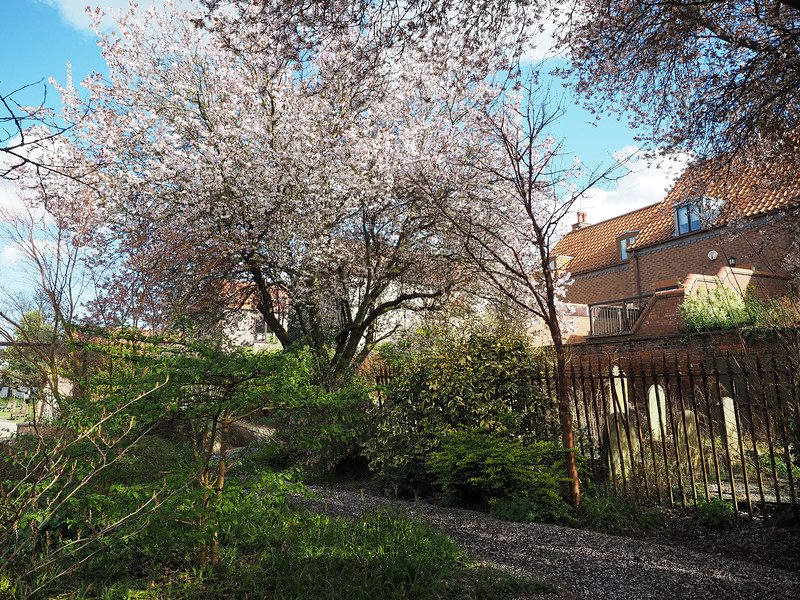 Inside, the Beverley Minster is everything you'd expect from one of the largest parish churches in the UK. It's got soaring Gothic architecture, huge stained glass windows, and a large organ. There were a few other people visiting when we were there, but I noted how utterly empty it felt compared to when I visited the York Minster, roughly an hour away.

RELATED: A First-Timers Guide to York

From the Minster, we headed into the heart of Beverley itself, stopping to take photos of colorful doors and post boxes on the way to the main pedestrian-friendly streets that are lined with shops and cafes. 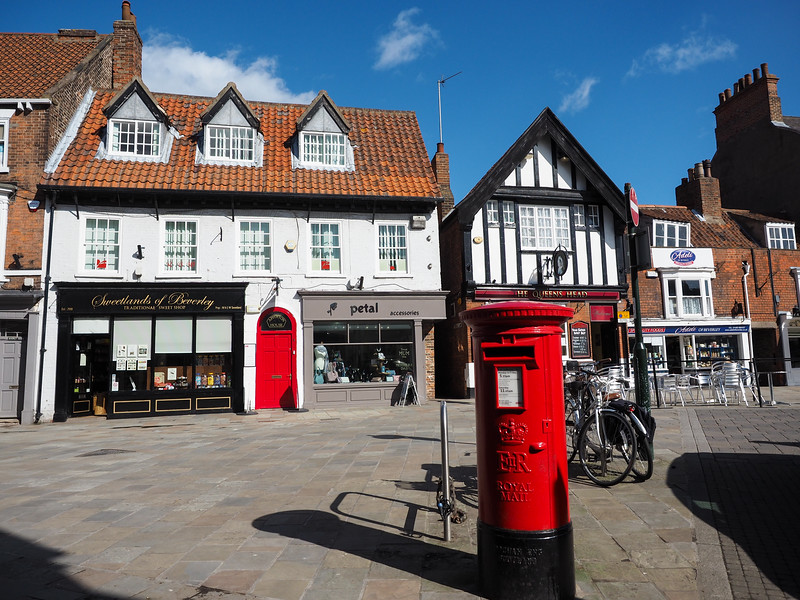 Beverley has tons of cute details, from unique shop signs to the cream-colored phone booths that are unique to this part of England.

We popped into a few shops (including a traditional candy shop and a soap shop that sells soaps in the shape of pies and cupcakes), and hid from a freak hail storm in an Alice in Wonderland-themed coffee/chocolate shop.

And then we simply wandered some more. Through a pretty park, down more shopping streets, and to the other end of town where you'll find St. Mary's Church and the North Bar gate, which is the only medieval gate leading into town that's still standing in Beverley.

After grabbing some lunch at a cozy pub, we got back on the train and headed back to Hull.

On the way back, I told Courtney that I probably would have never even heard about Beverley if it weren't for her. It reminded me how much of England I still haven't seen!

As for Beverley, though, it's an adorable little town that's well worth visiting for half a day if you're ever in/near Hull.

Getting there: Beverley is a 15-minute train journey from Hull. The ticket is just under £7. You can also easily reach Beverley by train from York or Scarborough.

Getting around: You can easily traverse Beverley on foot! It's not very large, and you can walk from one end to the other in no time.

Where to stay: If you're going to spend the night in Beverley, check out The Tudor Rose Hotel or The King's Head.

Want to explore Beverley like I did? Check out a very similar Beverley itinerary here.

See my itinerary from this trip.

What do you think of Beverley? 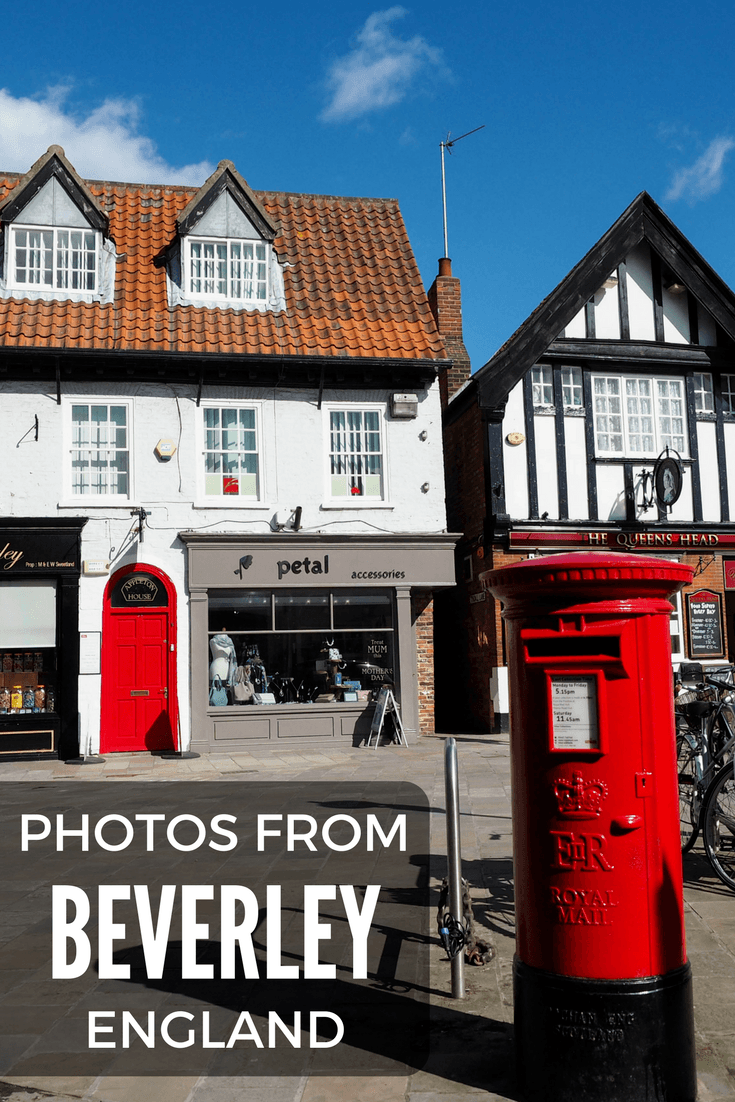 Note: This post was brought to you as a result of the #WelcomeToEngland campaign, created and managed by iambassador in partnership with Visit Britain. As always, all opinions are 100% my own.

37 Comments on “In Photos: The Adorable Town of Beverley, England”