My Growing Love of Bike Tours

I have a confession to make. It won't be a surprising one for anyone who knows me well, but it's a confession nonetheless:

I'm not a very athletic person.

Sure I did gymnastics and dance when I was younger and ran track (well, tried to at least) in high school. But I've never been super sporty or a big fan of going to the gym to work out. And don't even get me started on running…

You probably won't ever read about me climbing a mountain, going on multi-day treks in Peru, or running a marathon anywhere in the world.

But that doesn't mean that I don't like to be active. 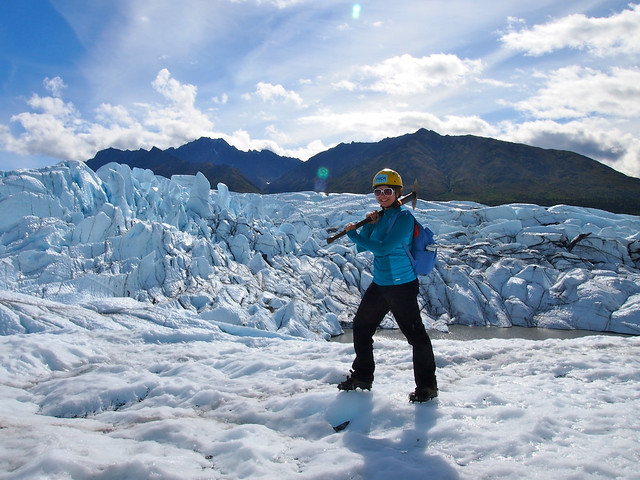 In fact, the more I travel, the more I crave activities that combine the touristy bits with some sort of active pursuit. I've gone snorkeling in Belize and Hawaii, whitewater rafting in Colorado and Slovenia, glacier hiking in New Zealand and Alaska, stand-up paddleboarding in Florida, and never pass up an opportunity to do a walking tour of a new city.

Lately, though, I've been drawn to another sort of “active tourism” as I've decided to call it: bike tours. 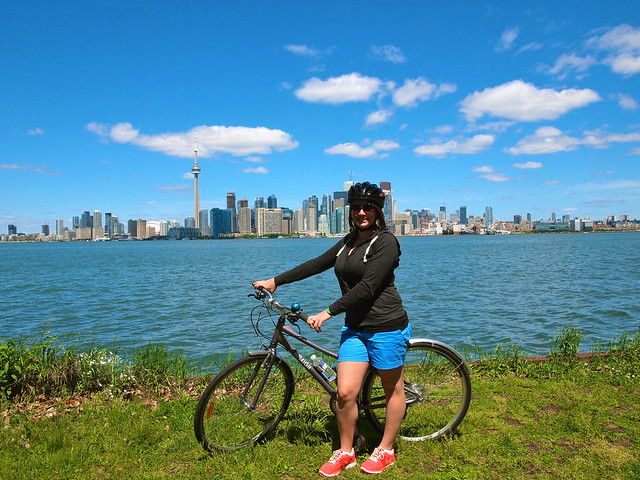 Riding a bike can be the perfect way to explore a new place. It's faster than walking (thereby allowing you to see more), but still gives you more freedom than driving around a city in a car or riding a bus. And you get a bit of a workout, too.

In the past year, I've done an electric bike tour around San Francisco and over the Golden Gate bridge; have rented a bike in Ottawa to experience the Canadian Tulip Festival; and most recently did a bike tour around the Toronto Islands.

This most recent tour — with Toronto Bicycle Tours — really helped me to realize that bike tours may be my new “thing” when I travel. 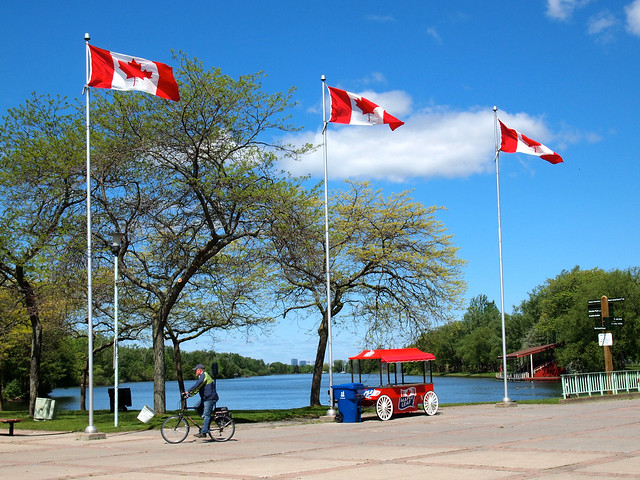 This particular tour began in downtown Toronto (giving riders a taste of riding through city traffic), and then included a 15-minute ferry ride out to the Toronto Islands. Believe it or not, Toronto actually has a chain of 13 small islands just offshore in Lake Ontario.

Today, the islands are mostly car-free and incredibly slow-paced compared to nearby downtown Toronto.

We began at one end of the island chain, learning the history of the islands as we traversed to the other end. We made photo stops at beaches and lighthouses, and enjoyed both the great weather and great views. 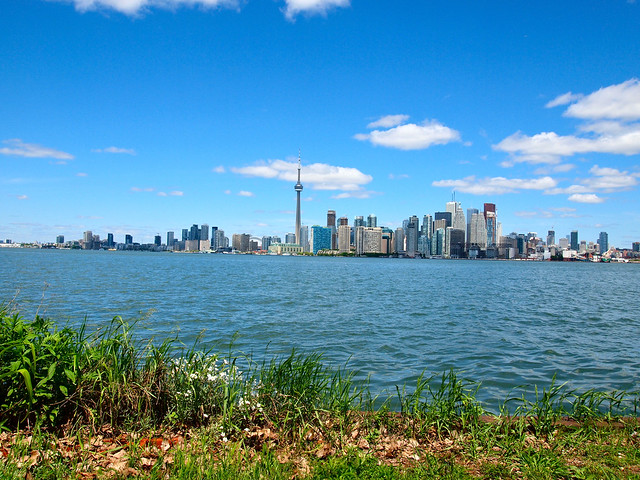 Not many people live on the islands anymore (the government now owns all the land and no new construction is allowed), but I could imagine how great it would be to have a quiet home here yet be mere minutes from the city. 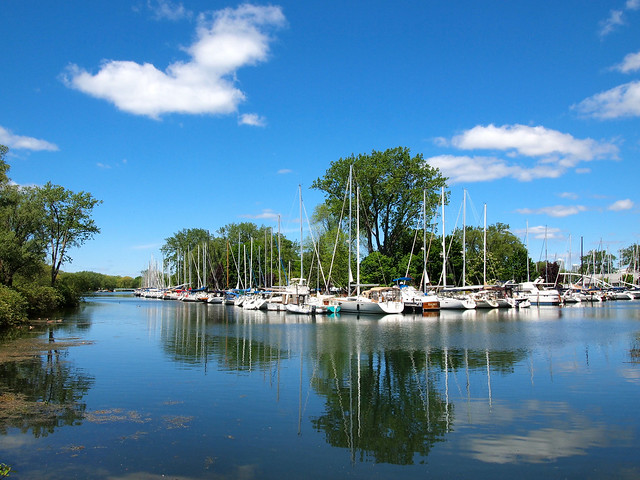 As we rode through the quiet sunny streets, it hit me that THIS is how I would like to explore every new destination if I could — on two wheels.

Not only was I charmed by the “other side” of Toronto on this tour, but I also affirmed my love for bike tours. I've already got two scheduled for next month in Europe. 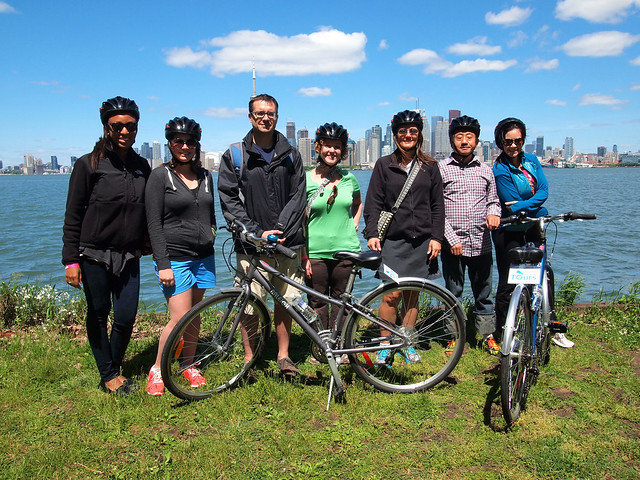 The particular bike tour I did in Toronto was a special one set up by Toronto Tourism and the folks at TBEX for bloggers wanting to explore more of the city before/after a conference. However, Toronto Bike Tours DOES offer this tour to the general public:

When: 7:00 – 10:30 pm nearly daily in the summer (yes, this is usually an evening tour so that you can watch the Toronto skyline light up at night!). Check out the calendar here for booking.

How much: $80 per adult (which includes bike rental and gear, ferry ticket, and a dessert on the islands)

Pace: Easy; suitable for kids, too!

Have YOU ever been on a bike tour? What do you think of them?

37 Comments on “My Growing Love of Bike Tours”