The beginning of 2018 was a bit quiet travel-wise, but that all changed in March, when I spent half the month in my favorite country in the world: New Zealand! Elliot and I had an amazing time – the only bad part was having to come back home, where winter refuses to give up its grip on Ohio.

March: The month in travel

I had one big trip in March, but it was a good one! Elliot and I finally went on our proper honeymoon in New Zealand, where we spent two weeks driving around both islands and hitting up all the highlights. (Look out for new New Zealand content in the next couple of weeks!)

The best thing I ate: We had plenty of delicious fish and chips in New Zealand, but I was more excited about being in close proximity to some of my favorite goodies: things like Jaffas and Pineapple Lumps and L&P (a citrus-y NZ soda).

The most epic thing I did: I think the tandem bungee jump Elliot and I did in Queenstown probably wins in this category this month! 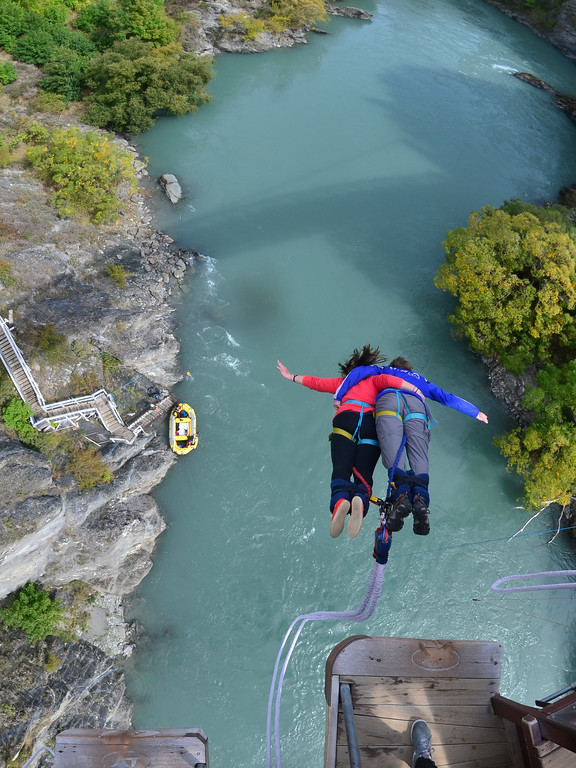 Can we just say the entire New Zealand trip? Highlights definitely included hiking to a famous beach (Cathedral Cove), visiting Hobbiton again, kayaking in Abel Tasman National Park, going on a jet boat safari in Queenstown, seeing penguins in Moeraki, and finally showing Elliot around Wellington (one of my favorite cities in the world).

If you want to see some of these in video form, head over to my Instagram (@dangerousbiz) and check out my Stories Highlights – I have 2 from our New Zealand trip!

It was definitely a bummer to run into what felt like so much rain and other bad weather, and an even bigger bummer that we weren't able to do some of the things we were most looking forward to. But weather is one thing you just can't control when you travel! I guess we'll just have to put those things on our “next time” list.

March on the blog

March was quieter than usual on the blog since I spent half the month traveling and not doing a whole lot of work. But I still had a fantastic month traffic-wise!

Most popular post: It's Okay to Feel These Things When You Travel – A lot of people assume that traveling is always unicorns and rainbows. But the truth is that no trip is ever 100% positive. In this post, I address some of the negative feelings that you may run into on your travels – things like anxiety and boredom and burn out – and let you know that plenty of other people feel them, too!

Other posts published in March:

New Zealand is filled with epic adventures and adrenaline-inducing activities, but sometimes all you want is a relaxing evening in a hot tub with a killer view. I think the Onsen Hot Pools in Queenstown more than deliver!! ?? We booked one of these private pools for an hour, and for normally non-hot-tub people, the time just flew by! Would highly recommend for a New Zealand honeymoon, or just for a relaxing evening. Especially great on cold/rainy days! ❓Who can picture themselves soaking here, enjoying that amazing view? ??‍♀️

(Note that this is my income before deductions and taxes – and I had a lot of travel expenses this month thanks to New Zealand!)

Steady passive income – One thing I've worked really hard on in the past year or two is building up my passive income streams. “Passive” income is essentially income that continues coming in even if I take time off to, say, go on a honeymoon to New Zealand! This is stuff like advertising and affiliate marketing, and while it all does take time to get set up (and does require maintenance), it's really reassuring to know that it's just *there* now, even when I'm not working as much as I usually do. This has given me a lot of freedom in my travels!

Starting a site redesign – After going back and forth about it for half a year, I've finally decided to take the plunge and invest in a custom redesign of my site. I know my site looks fine at first glance, but there's plenty of stuff going on behind-the-scenes that I know can be improved. Plus, I like the idea of having a site design that's completely MINE. I'm working with the development team at Performance Foundry, and am equal parts excited and terrified to get started! 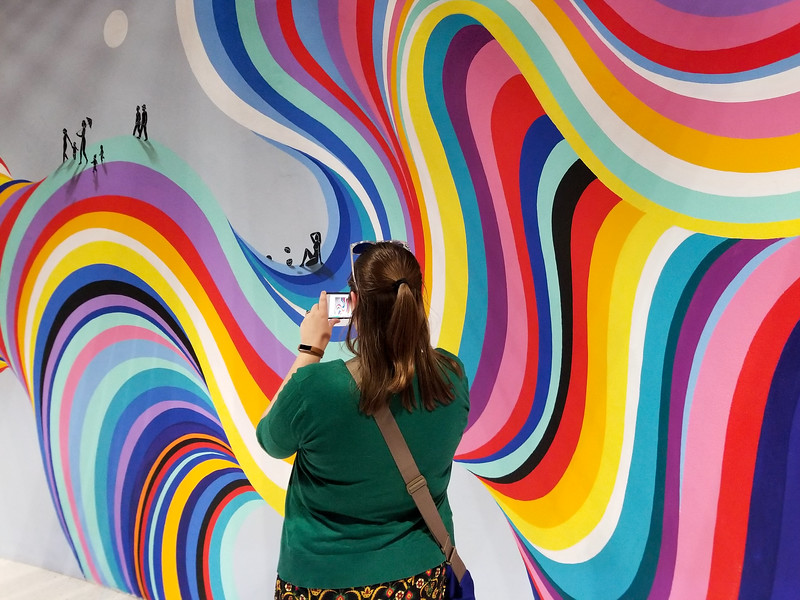 I didn't have any real business lows in March, unless you count figuring out how much I owe in taxes this year.  😉

After a busy March (and with lots of travel coming up in May and June), I don't have any travel currently planned in April. I'm going to use the month to get caught up on New Zealand posts, and spend more time on boring (but necessary) tasks like continuing my site content overhaul that's been ongoing since October.

If Spring ever decides to finally arrive in Ohio, you might catch me heading out to Cuyahoga Valley National Park and some other spots around Cleveland. And of course there's upcoming travel to plan!

How is your April shaping up? Did you have any highlights from March?