In Photos: The Isle of Skye

Home » Europe » Scotland » In Photos: The Isle of Skye

Once upon a time, in the Scottish village of Kyleakin, there lived a Norwegian princess. This princess was not a Cinderella or a Sleeping Beauty, though. Nor was she a Belle or a Snow White. In fact, Walt Disney would not have wanted to associate with this princess at all…

This Norwegian princess one day decided she would start charging ships a toll to cross the narrow channel that led into the Strait of Kyle Akin. A great heavy chain was laid out from her castle on the hill across the strait, and no shipping vessel could pass safely without first paying the princess a toll. Once the toll was paid, the princess would let the ship pass. And then she would flash the sailors her boobs.

This is the tale of “Saucy Mary,” a local legend on the Isle of Skye in Scotland. This amusing tale is a perfect example of the types of stories the Scots seem to like best — based in fact (there WAS at one point a Norwegian princess on the Isle of Skye, and the ruins of Castle Moil are still there in Kyleakin) but peppered with bawdy humor.

It's one of the things I like best about Scotland.

Another of things I like best about Scotland is the Isle of Skye. 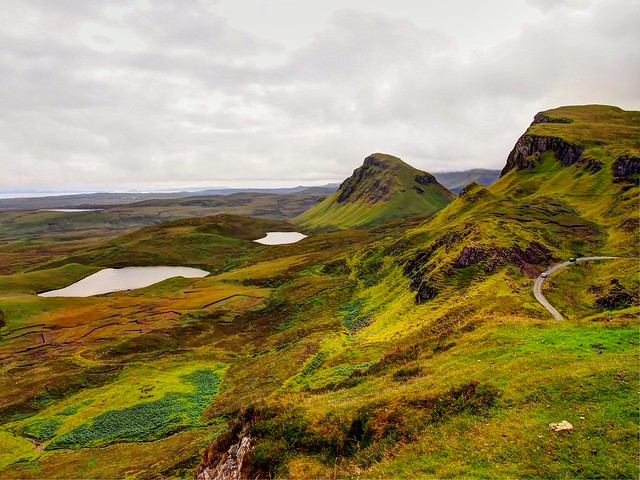 Located off the west coast of mainland Scotland, Skye is the largest of the Inner Hebrides islands, and can be accessed by a road bridge that connects the mainland to the (real) village of Kyleakin.

Once you cross that bridge, you'll quickly realize that the Isle of Skye is worlds away from the rest of Scotland. With a population of less than 10,000 and the Scottish Gaelic language still prevalent, in Skye it becomes apparent that this is still “wild” Scotland. “Raw” Scotland. “Natural” Scotland. 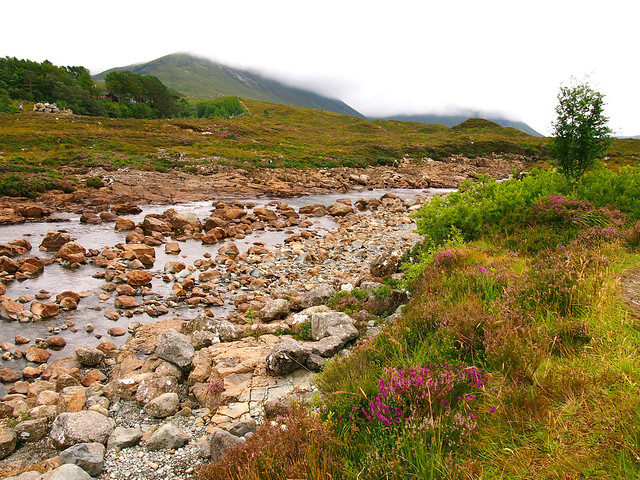 If you're only going to visit one part of Scotland (though, why would you do that?! the whole country rocks!), my advice would be to make that one part the Isle of Skye. 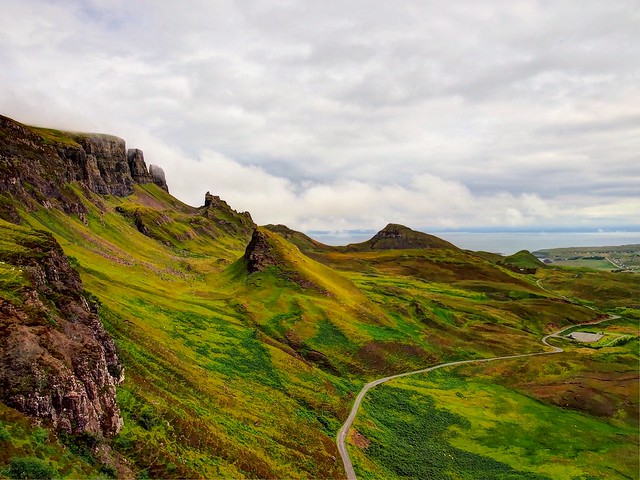 Views like this, which you can get from the Quiraing, on the eastern face of Meall na Suiramach, the northernmost summit of the Trotternish Ridge. 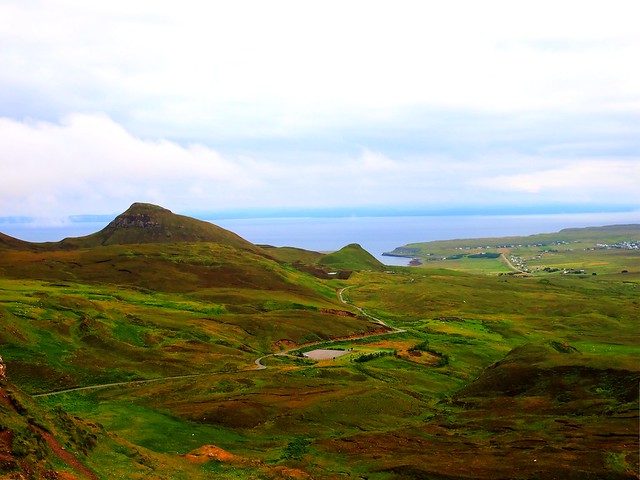 And this (also from the Quiraing), with Staffin Bay in the distance. 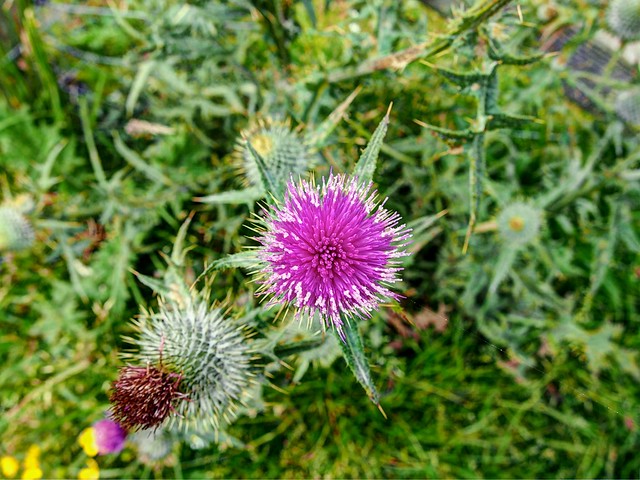 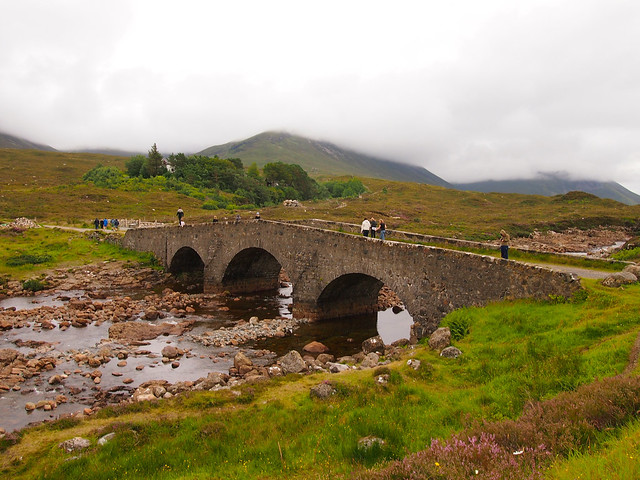 Sites like this stone bridge at Sligachan, where it's said that if you stick your face into the water for 7 seconds, you will enjoy eternal youth. 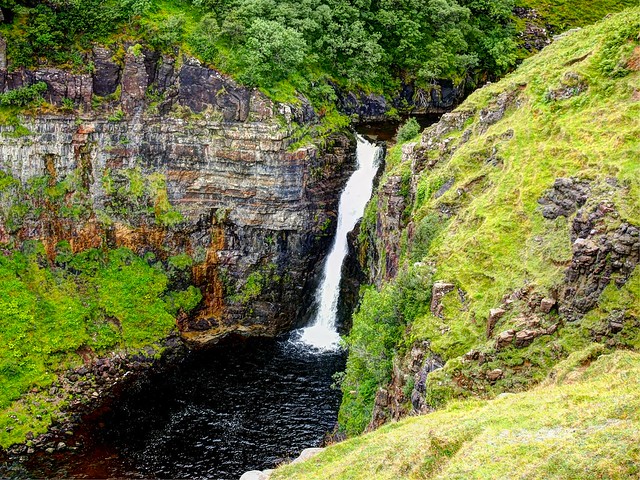 Waterfalls! This one is Lealt Falls, which can be viewed from atop a cliff (where this photo was snapped), or from up close via a very steep hike. 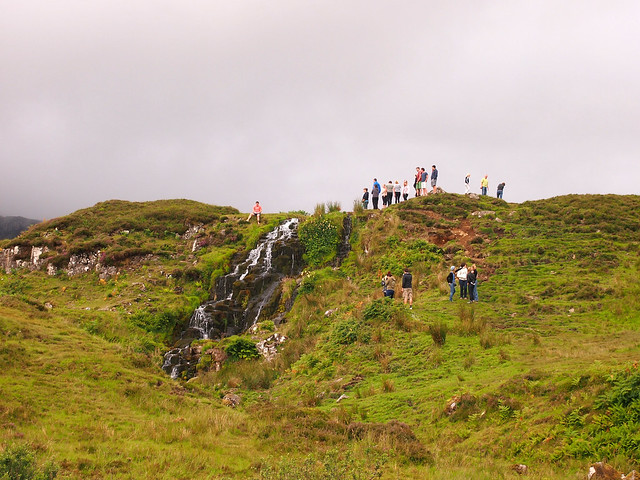 More waterfalls! This one has a great view of the Old Man of Storr (a rock formation which I unfortunately don't have a photo of because of the fog/clouds that day). 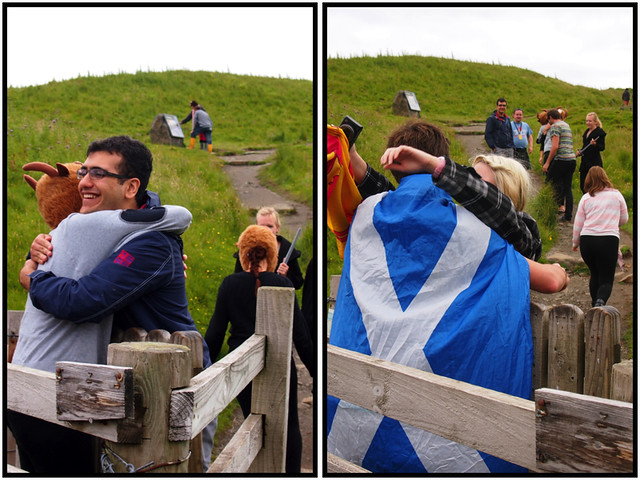 Kissing gates in the most remote places (we turned this one into a “hugging gate”). 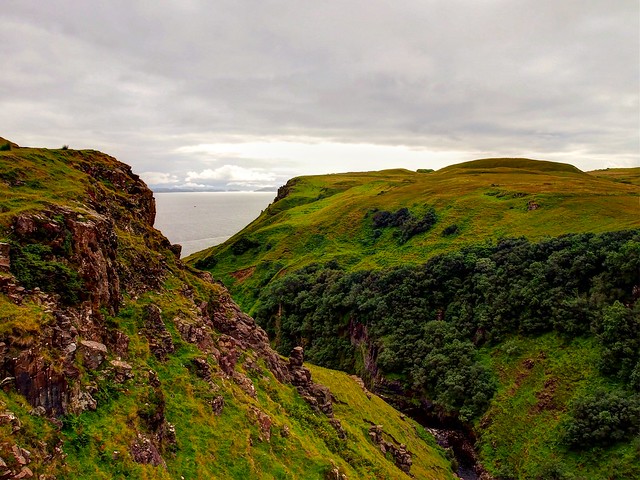 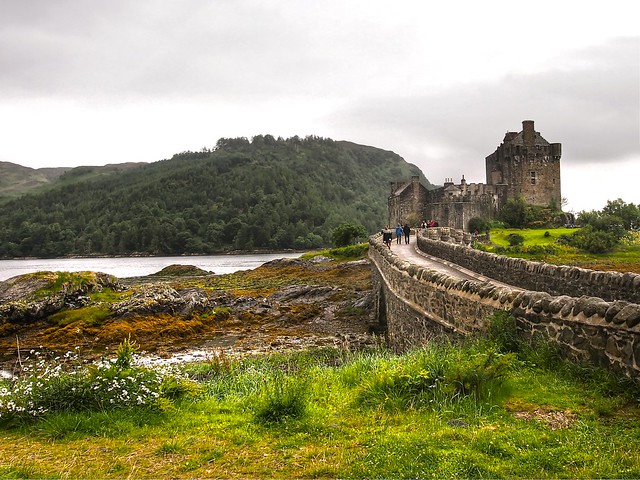 Eilean Donan Castle (which isn't technically on the Isle of Skye, but you have to pass it on your way to the road bridge). It's so pretty that it deserves a mention here. 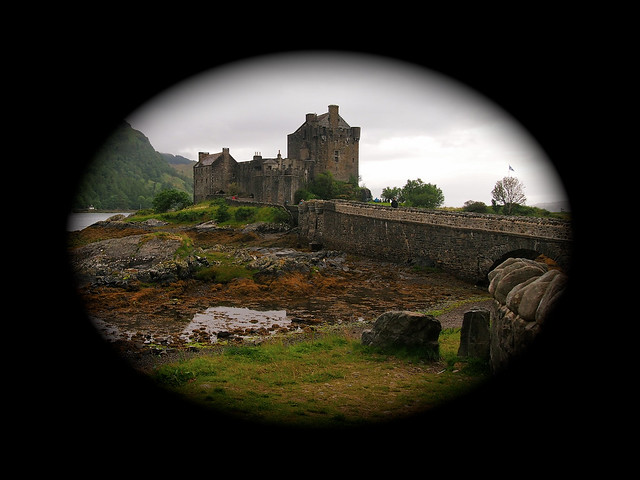 Over the past 6 months, I've had the opportunity to experience a lot in Scotland — from exploring Edinburgh during festival season to hunting for Nessie in the Highlands to ringing in the New Year at Hogmanay. But the highlight of Scotland for me still remains the day I spent on the Isle of Skye.

And I'm sure these photos explain why.

Is the Isle of Skye on YOUR travel wishlist?

*Note: I visited the Isle of Skye as part of a complimentary 5-day Highland Fling tour with Haggis Adventures in August 2012. Yes the tour was complimentary, but my opinions about Scotland are entirely my own!

41 Comments on “In Photos: The Isle of Skye”