New Zealand is known for a lot of things — its beautiful scenery, its adrenaline-inducing adventure sports, and, of course, its wide variety of superb hiking options.

In fact, New Zealand is home to some of the best and most well-known treks in the world. The Milford Track, the Tongariro Crossing, the Heaphy Track, the Routeburn Track… the list goes on and on.

And then there's also the Queen Charlotte Track. 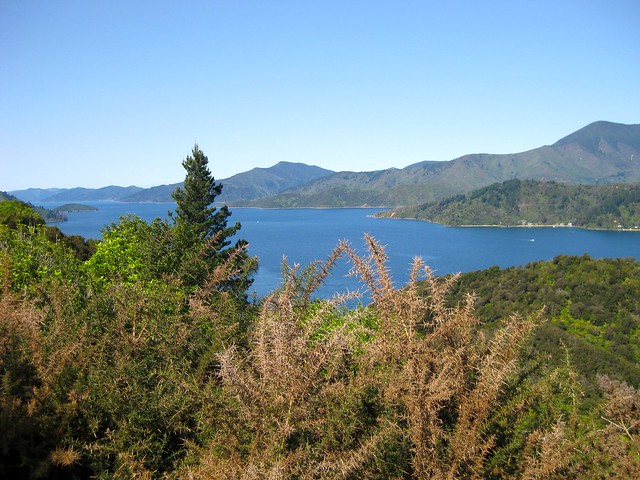 While not officially considered one of the country's “Great Walks,” the 71-kilometer (45-mile) Queen Charlotte Track is nonetheless a popular hiking option in New Zealand. The Track passes through secluded bays, historic sites and coastal forests and bush at the very tip of the country's South Island in an area known as the Marlborough Sounds.

The Marlborough Sounds is made up of a variety of Sounds — including the impressive and beautiful Queen Charlotte Sound. 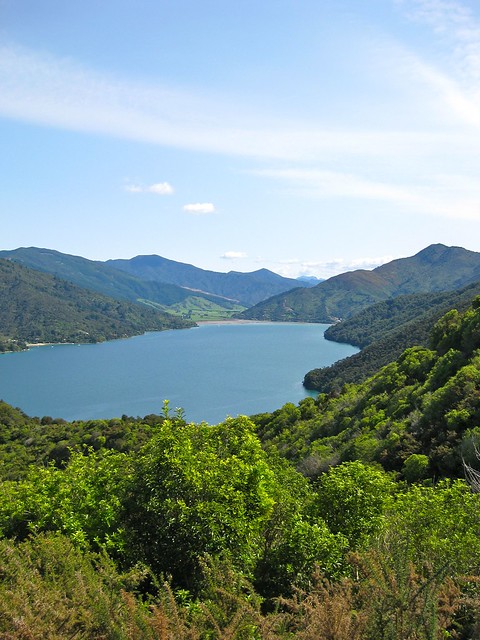 It's along this Sound that the Queen Charlotte Track winds, offering up glimpses out over the deep blue water and lush green hills of an area that is bound to leave you wanting more. 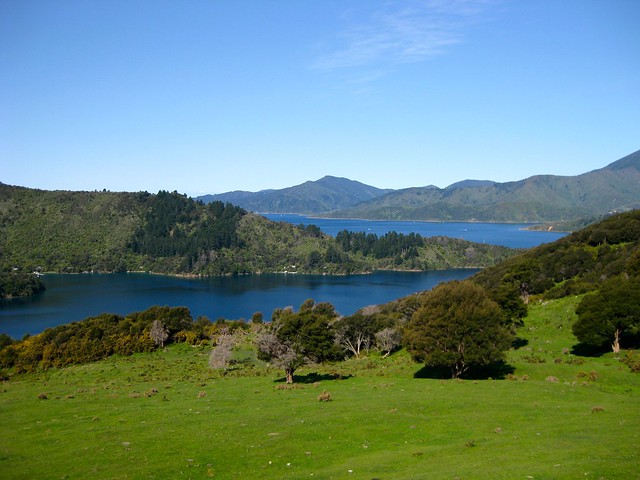 My hike on the Queen Charlotte Track

I don't really consider myself a hiker by any means, but I still signed up for a half-day trek on the Queen Charlotte Track while I was in New Zealand.

The full 71-kilometer trek, from Anakiwa to Ship Cove, can take anywhere between 3 and 5 days, depending on your pace. 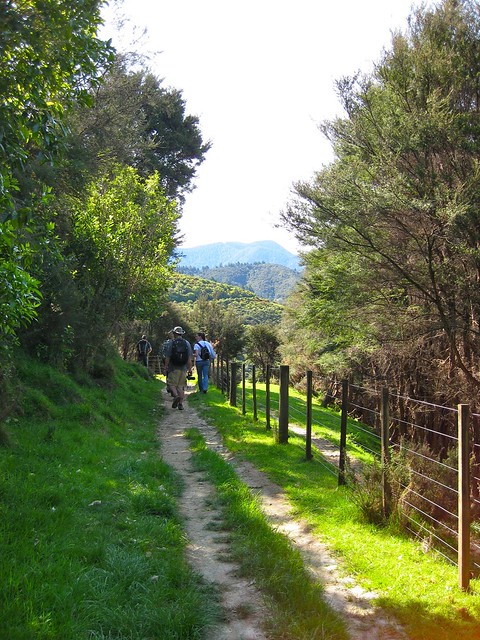 The hike I signed up for, however, would only take a leisurely 3-5 hours, as we were only walking from Anakiwa to Mistletoe Bay. 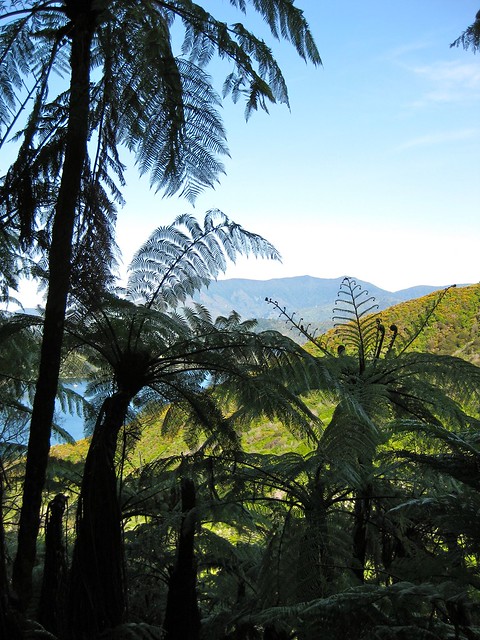 Since I was living in Wellington at the time, the group of us who had signed up for the trek had to catch the Interislander Ferry to Picton, a small city that lies about 3 hours by boat across the Cook Strait, which separates the North and South islands of New Zealand.

Our passage — on a brilliantly sunny morning in September — was idyllic, if a bit chilly.

We arrived in Picton in the mid-morning, and immediately were transferred onto a smaller boat where we deposited our bags and met our hiking guides for the day. We took off for Anakiwa under blue skies, and very soon after started our trek.

Anakiwa marks either the beginning or end of the Queen Charlotte Track, depending on where you're beginning. If you begin your trek here, the trail starts out wide and easy as it winds through beech forests littered with New Zealand's signature silver ferns. 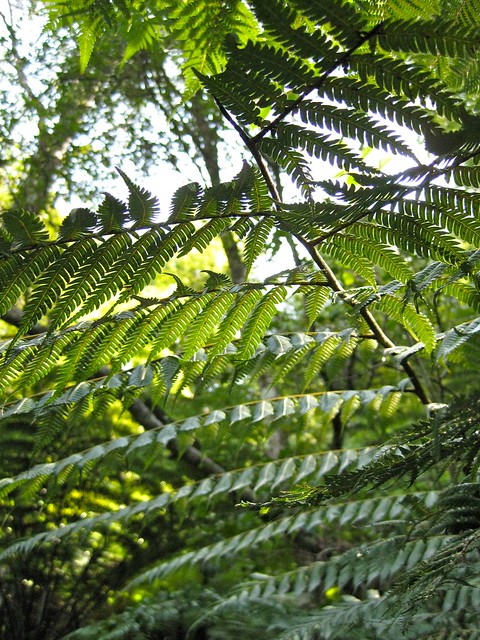 Eventually we happened upon Davies Bay, which is a popular picnic spot for both locals and hikers. The beach was deserted while we were there, since we were tackling the trek in the off-season. But it was still pretty. 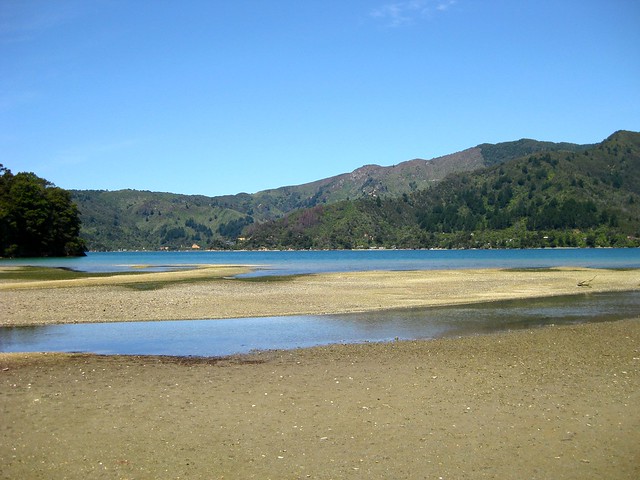 The Queen Charlotte Track thankfully isn't especially steep or difficult — it's just long. The terrain is regarded as “undulating,” with the highest hills only reaching about 400 meters.

Halfway through our portion of the Track, we reached the highest point that we would visit. While not the highest point on the Queen Charlotte Track, the lookout still afforded a fantastic view out over the Sound.

It helped that the weather was so nice, too. 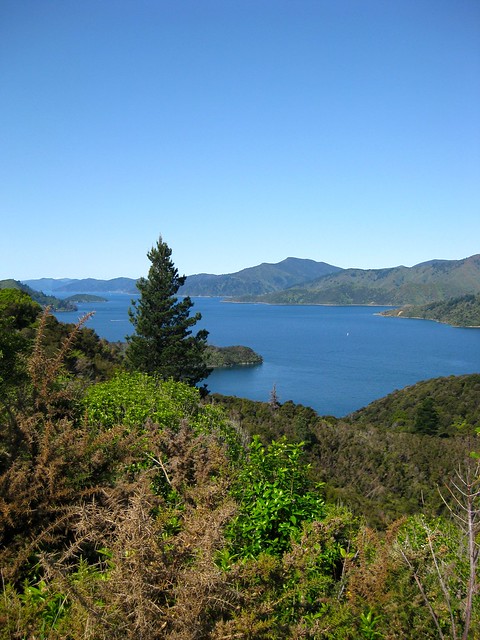 The last section of the hike to Mistletoe Bay followed an old bridle path above Onahau Bay, skirting some farm paddocks and again allowing a spectacular view out over the Queen Charlotte Sound. 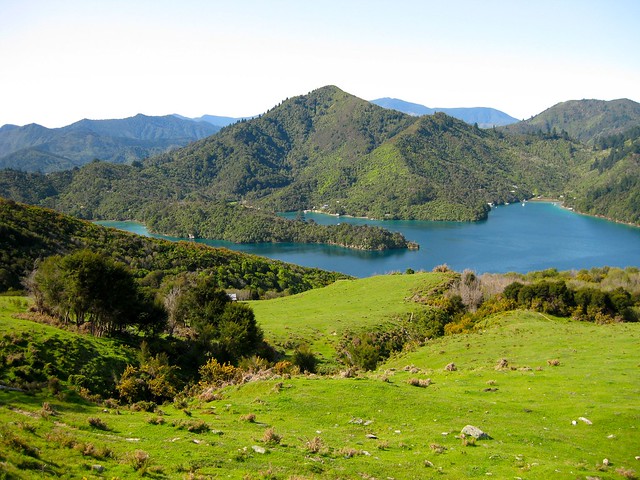 We made it to Mistletoe Bay in roughly 4 hours, and were allowed some time to settle into our whare (or cabins) in the Mistletoe Bay Eco Village. Not only are these cabins new and modern and really cute, but they're also solar-powered. Very cool. 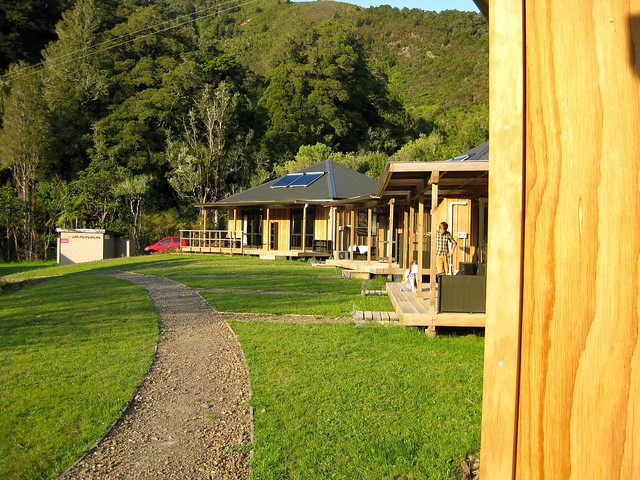 The evening brought with it a lot of relaxation, a dinner of tacos, and a few rousing games of Trivial Pursuit and Scrabble. We even got up close and personal with some natives — weka birds. 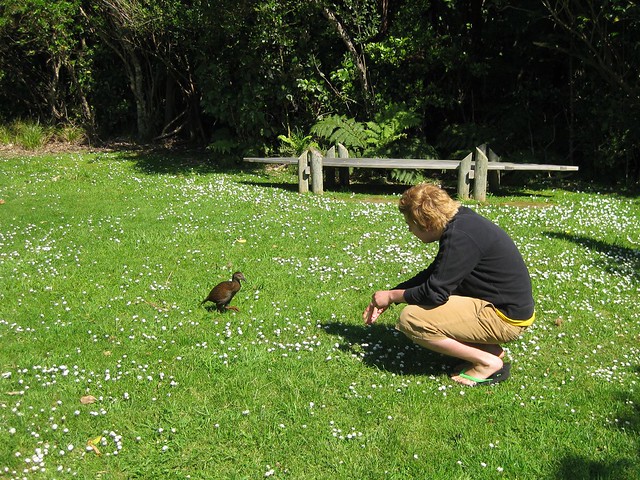 The next day we would venture further out into the Queen Charlotte Sound to watch some dolphins and visit Ship Cove, which is a spot Captain Cook visited multiple times as he was exploring and discovering New Zealand centuries ago.

The area was absolutely stunning.

I would definitely recommend this area to any visitors, whether you want to tackle a 4-day or 4-hour trek. The Queen Charlotte Track is also popular with mountain bikers, and you can package hike/bike adventures with kayaking in the Sounds. 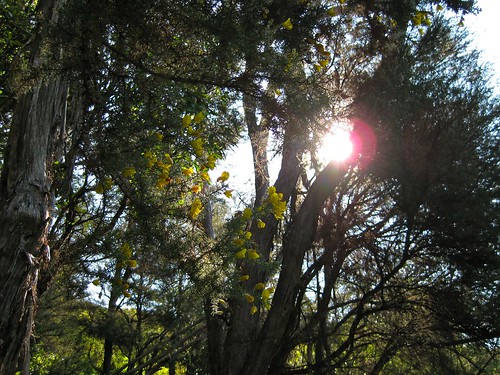 Have you hiked any portion of the Queen Charlotte Track before, or any other popular track in New Zealand? Tell me about it!