Highlights from a Week in the Old South

Stately old homes. Sprawling plantations. Oaks dripping in Spanish Moss. And more American history than you can shake a stick at.

This is the Old South. 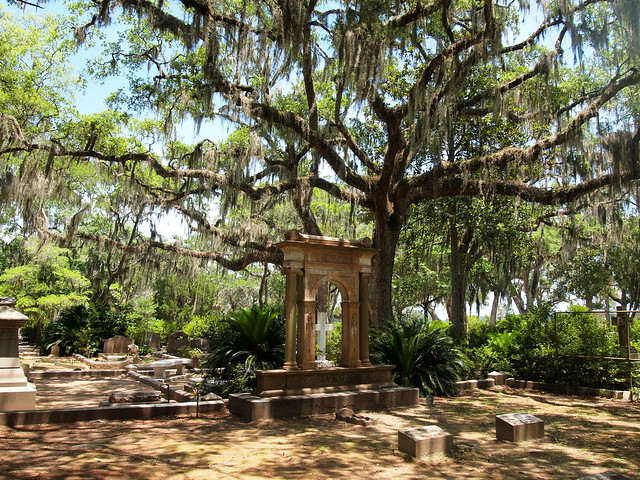 For those not familiar with the various regions of the U.S. (and, let's face it, even those of us who are could use a refresher every now and then), the “Old South” refers to the Southern states that were a part of the original 13 colonies. These generally include Delaware, Maryland, Virginia, North Carolina, South Carolina, and Georgia.

And, for a week, I was road tripping through this region of America.

I'll be writing about my adventures and the beautiful cities and cool attractions I visited in upcoming posts, but for now I wanted to share some of the highlights of this weeklong southern road trip in photos.

My sister and I began our journey in Virginia's “Historic Triangle,” kicking off with a day in Williamsburg, where we were transported back to the colonies in the year 1779.

The next day we headed to the site of the very first permanent English settlement in America, only a few short miles from Williamsburg. We spent a good amount of time in the archaeological museum there, and also wandered around the remnants of the original fort.

We also popped into Jamestown Settlement, which recreates the fort as it might have looked during the 1600s, has replicas of the ships the settlers came over on, and even has a recreated Powhatan Village like the one Pocahontas may have lived in.

We delved into some more recent history in the Outer Banks, where we visited Kill Devil Hills, North Carolina — site of the very first powered flight by the Wright Brothers in 1903. There's a national memorial there that's actually pretty cool to visit.

Our next stop was the beautiful city of Charleston, South Carolina. There we took a horse-drawn carriage tour around the historic downtown, saw “Rainbow Row,” explored the market, and then made our way to the gorgeous Boone Hall Plantation, which is located just outside the city.

The tail end of our trip was spent in historic Savannah — America's oldest planned city. I could go on and on about Savannah; about how beautiful it is, about how peaceful its 22 green squares make it feel, and about how fascinating its spooky history can be. We took our time there, taking a trolley tour around the city, wandering around River Street and City Market, touring historic homes, and even going on a few ghost tours in the evenings. One of the highlights was definitely visiting some of Savannah's cemeteries, including Bonaventure Cemetery, which may be the most beautiful cemetery I've ever seen.

A week in the Old South was not nearly enough, of course. We could have spent double that time and still not seen everything we wanted to.

If you've never been to this part of America, though, I highly, highly recommend it — there's so much history and beauty here!

56 Comments on “Highlights from a Week in the Old South”