Does it Have to be Authentic to be Educational? – Hawaii’s Polynesian Cultural Center

Home » United States » Hawaii » Does it Have to be Authentic to be Educational? – Hawaii’s Polynesian Cultural Center

These Pacific island nations are thousands of miles apart on a map. But there's a way to visit all of them and more in a single day.

And no, it doesn't involve time travel. Or teleporting. Or any magic.

You simply need to visit the Polynesian Cultural Center on the Hawaiian island of Oahu.

That right there could be a red flag for any potential visitor who tries his/her very best to stray away from the typical “tourist trail.”

And, in fact, the PCC is extremely touristy. You'll see large tour groups milling about wearing matching hot pink stickers or “Hello my name is…” tags hanging 'round their necks. You'll see endless souvenir shops selling sarongs and shell necklaces. You'll pay nearly $3 if you want to buy a bottle of water. There's even a fake volcano.

But, you know what? Despite all this, the Polynesian Cultural Center is actually kind of great.

The nonprofit center was opened in 1963 so that students at nearby Brigham Young University Hawaii could work their way through college by sharing their island heritage with visitors. Each of the “villages” at the PCC employs natives from a particular island nation, whose job it is to present their culture, history and traditions to all sorts of foreign visitors in a neat little package.

There are 8 villages at the PCC — representing Hawaii, Aotearoa (New Zealand), Samoa, Tahiti, Tonga, Fiji, the Marquesas, and even Rapa Nui (Easter Island). With the exception of Rapa Nui, each village features interactive activities and shows for visitors to watch and take part in. 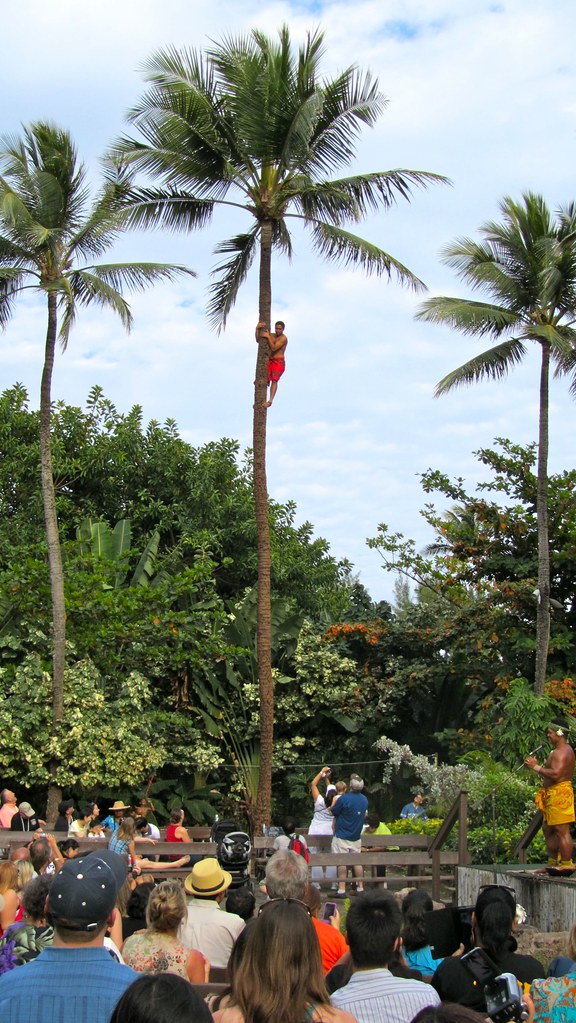 These shows are an interesting mixture of kitsch and actual information. Somehow, the Polynesian Cultural Center has found a way to make learning fun. In fact, you might not even realize you're learning.

Learning at the PCC

Over in the Tahiti village, dancers take the stage in grass skirts to shake their hips and wiggle their knees. They invite visitors up onstage with them to make fools of themselves. It's hilarious and a great opportunity to collect some video footage ripe for future blackmail, but it's also a taste of traditional Tahitian culture.

The same is true over in the Samoa village. A large, buff man in a brightly-colored sarong makes coconut jokes and flexes his pecks at an audience made up from people from all over the world. And, while he's hilarious, he's simultaneously showing visitors how Samoans traditionally did things, like make fire, and collect, husk, and extract milk from coconuts. You learn things — like the difference between coconut juice and coconut milk — without even really knowing it.

Sure, these same audiences are then going to go watch a “canoe pageant” float down an artificial river, and later will stuff their faces at an all-you-can-eat buffet while watching hula dancers.

But, whether they realize it at the time or not, they're being immersed in different cultures with every silly thing they do or see. 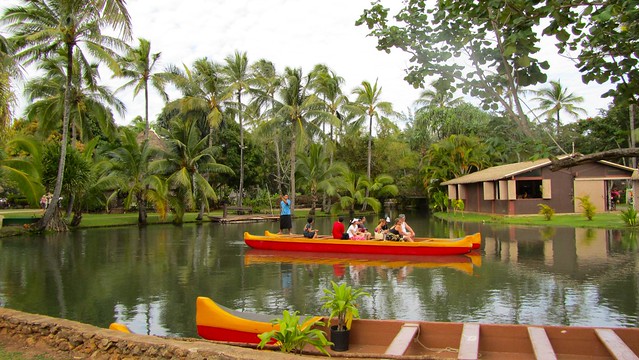 The performers in each of the villages are well aware that their (paying) audiences are expecting to be entertained. Visitors are not coming to the PCC to listen to a lecture on the Treaty of Waitangi or take notes on the impact of Captain Cook on the Pacific Islands. No, they want to watch fire dancing and see hakas and hear luau music.

But that doesn't mean that the performers have to completely fabricate history or tradition, or bastardize the real thing so much that it becomes a fabrication.

Instead, they must adapt it, perhaps dumb it down a little, and figure out the best way to present it to an extremely diverse audience.

They are all very, very passionate about presenting their cultures in as authentic a way as possible, while still delivering that entertainment factor. 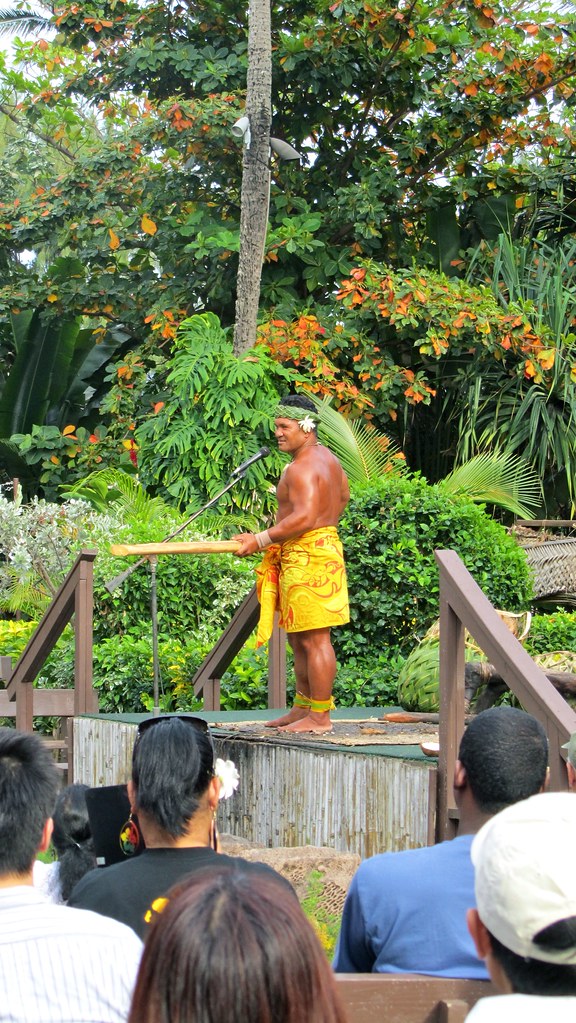 One of the young women working in the Aotearoa Maori village told me that she was actually raised in Australia, and knew very little about her New Zealand heritage until she moved to Hawaii and started working in the Aotearoa village at the Polynesian Cultural Center. Now, she shares the knowledge she's gained about traditional songs, dances and games with visitors from all over the world.

She takes part in the traditional Maori welcoming ceremony that guests can experience 3 times a day. Inside a beautifully carved meeting house, she performs Maori songs and dances with others in full costume. And, after the show, she teaches people how to swing poi, play Maori stick games, and even how to train like an ancient warrior.

Can it still be authentic?

In a world that's all about commercialization, you could easily argue that the experience at the Polynesian Cultural Center is not at all authentic. And you'd be partially right.

But just because it's not 100 percent authentic doesn't mean it's not at all valuable.

The PCC allows visitors to learn about places that they may never actually visit themselves. For example, in the Tahiti village, only 3 people in an audience of about 100 had ever been to Tahiti. So the other 97 were getting a taste of an island they might not ever see in person. As far as I'm concerned, something is better than nothing.

I could go into a rant about whether seeing a similar performance in Tahiti would even be “authentic.” But the authenticity debate could go on forever and never come to agreement, so I won't even go there.

The bottom line is, as kitschy and touristy as places like the Polynesian Cultural Center can be, they can also be a window into the cultures and traditions of other nations — some that, perhaps, many people know nothing about.

And that, I think, is worth it.

General admission into the Polynesian Cultural Center starts at about $60, which gives you access to all the villages for a day. If you want to attend the luau buffet, or the “Ha Breath of Life” performance in the evening (which I'm told is amazing), it costs extra.

You can get to the Polynesian Cultural Center by taking the Honolulu city bus (Route 55 will drop you off right outside the PCC). Check out the website for more information on when each village puts on performances and has interactive activities going on.

You can also buy discount tickets to the PCC luau here.

What's your take on places like the PCC? Tourist trap, or potential educational experience? Would you go?

18 Comments on “Does it Have to be Authentic to be Educational? – Hawaii’s Polynesian Cultural Center”