When I think back to the Greek Island of Syros — my introduction to the Cyclades — one thing stands out in my mind: marble. The streets of Ermoupoli are paved in marble. Not asphalt or concrete, but slippery-smooth white marble. There are great marble mansions and fancy marble buildings that date back to the mid-1800s, when the city was rebuilt in a Neoclassical style.

Today, the marble streets are well-worn. Empty, even — especially by the time September rolls around. 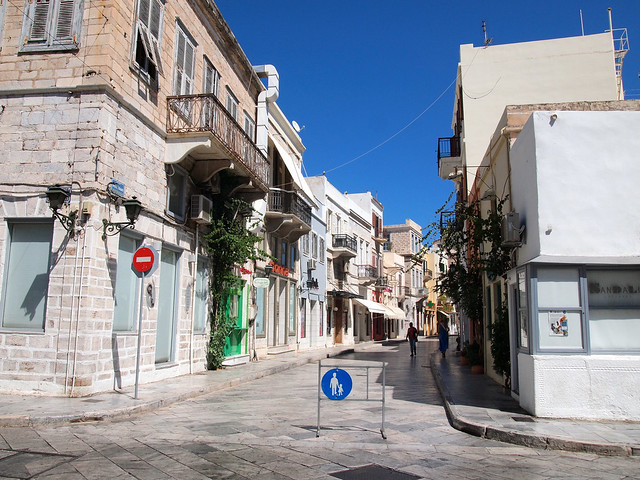 Syros was described in my Intrepid Travel tour notes as “an opportunity to see the islands as the Greeks do.” I of course was a bit skeptical about this actually being the case. But you know what? I think it might actually be pretty accurate. Ermoupoli is not only the capital of Syros, but also of the Cyclades island group — meaning Syros' main function is not tourism. 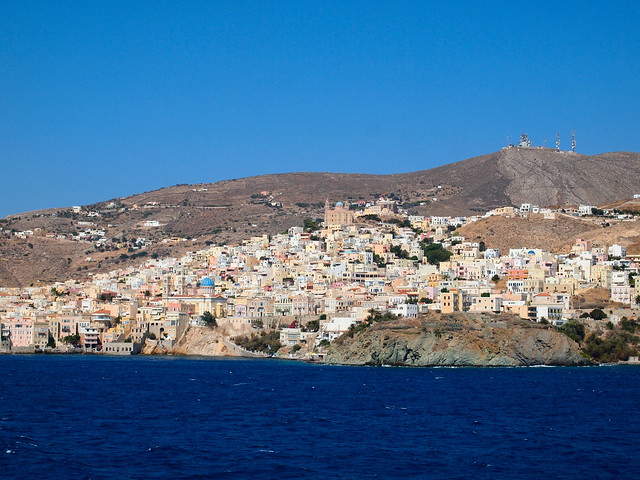 Syros is laid-back. Syros is pretty, but clearly has not yet been over-commercialized like some of the other islands in the Aegean; you won't find huge cruise ships docking here or crowds taking over the beaches. Syros is, simply, the perfect island on which to get acclimated to the “slow-slow” pace of life that Greece is known for. 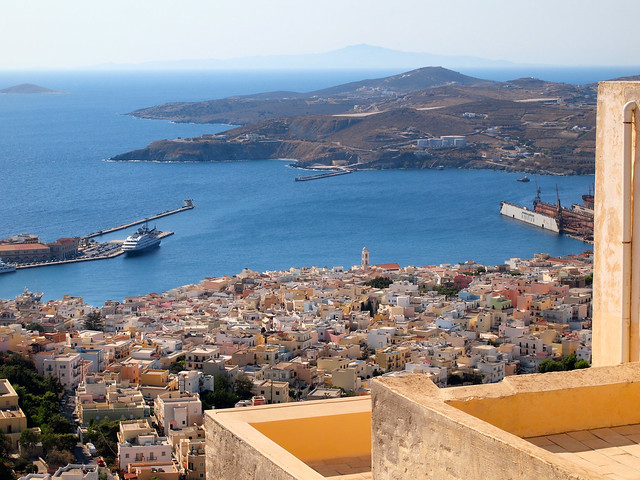 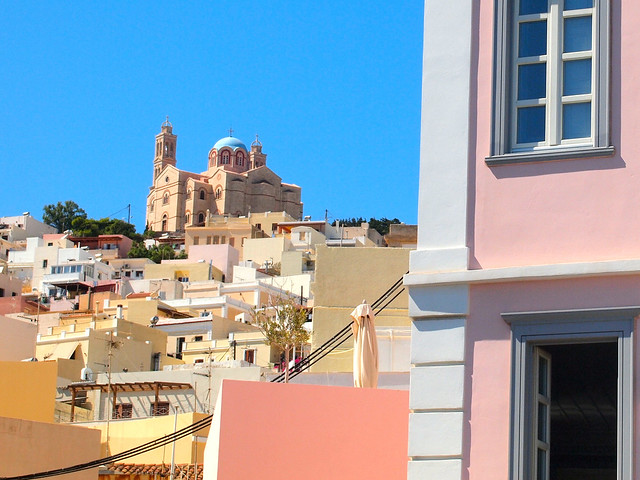 Syros isn't the biggest or most popular island in Greece. Even though it's only a 4- or 5-hour ferry ride from Athens' Piraeus port, people don't make the journey here as often as they do to, say, Mykonos or Santorini. This means that there aren't a ton of touristy or “must-see” areas of the island. But if you need something to do…

Head to the hills above Ermoupoli — the hill of San Giorgio, to be exact. On top of this hill, the Venetians built the town of Ano Syros in the 13th century. This little town will be close to what you picture when you think of Greece: narrow streets, painted doors, and tons of marble steps. From Ermoupoli, you can reach the top of Ano Syros on foot in about an hour going at a leisurely pace. 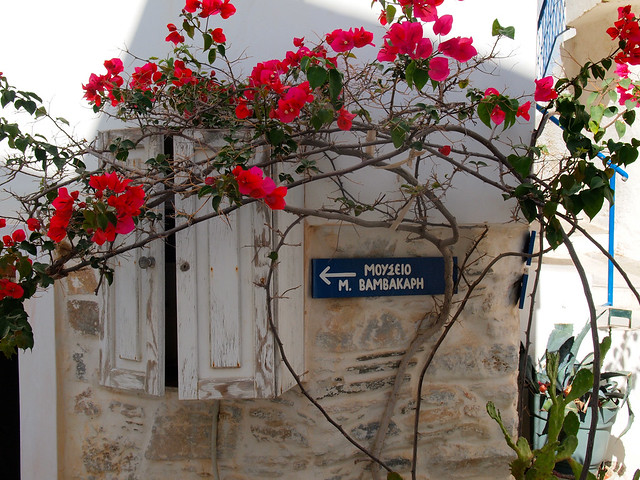 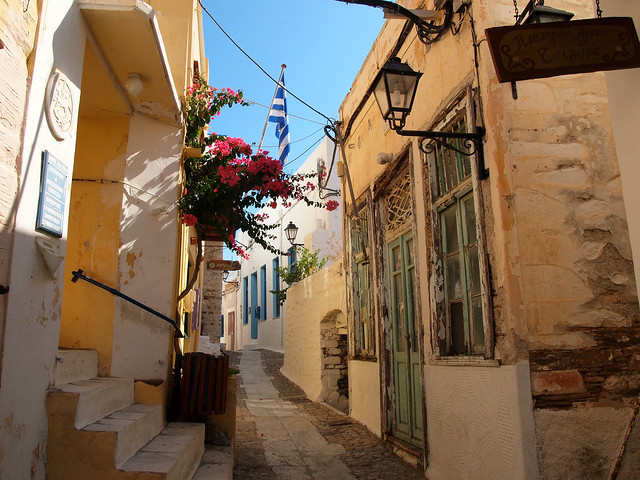 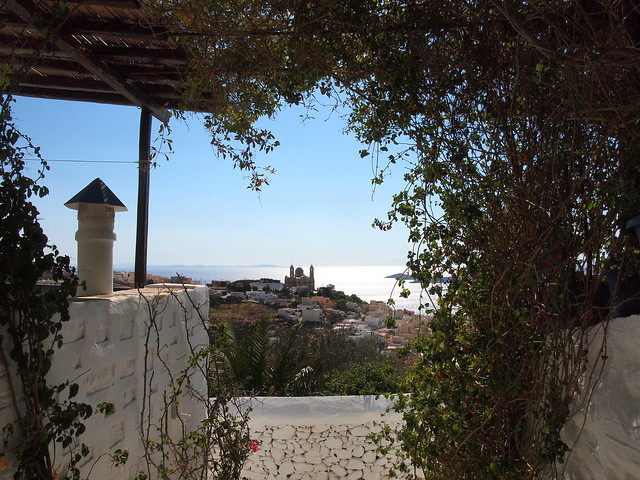 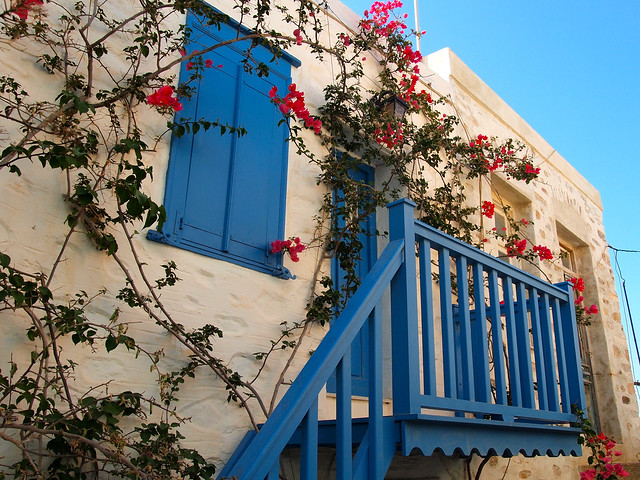 This huge, stately town square in Ermoupoli is always a great place to hang out, or grab a bite to eat. With the town hall building at one end of the square, the other sides are lined with palm trees and cafes. Go at night to see it come alive in a different way. 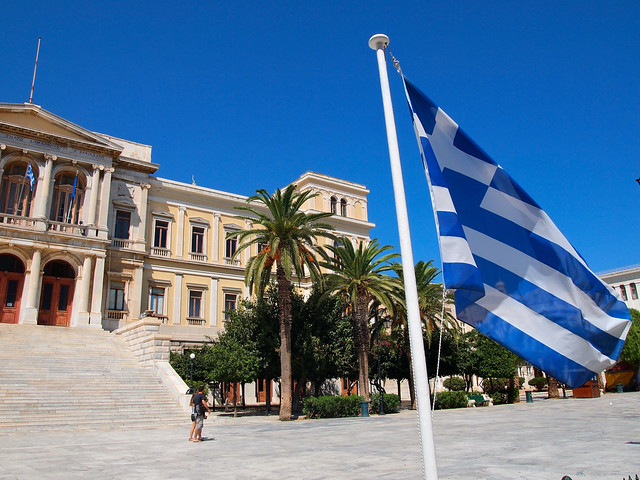 Syros isn't known for its beaches, but that doesn't mean it doesn't have any — it is an island, after all. Here are a couple to check out:

Located near the harbor in Ermoupoli, you won't find any sand at this beach. What you will find, though, is incredibly clear water, and a relaxing beach bar. Grab a drink and sit at the bar, or spread out a towel on the concrete to soak up the sun and the views. 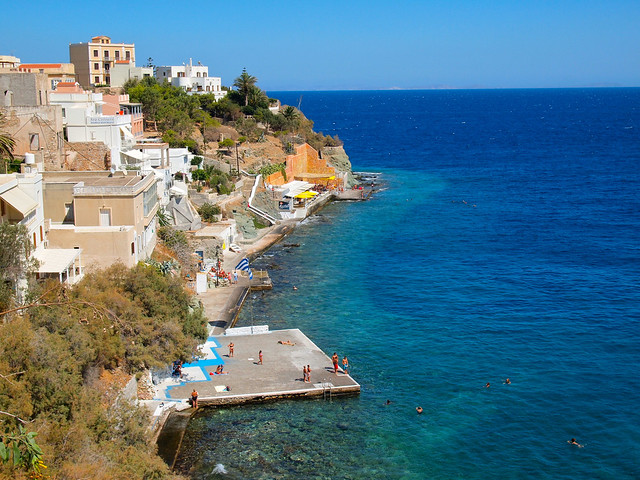 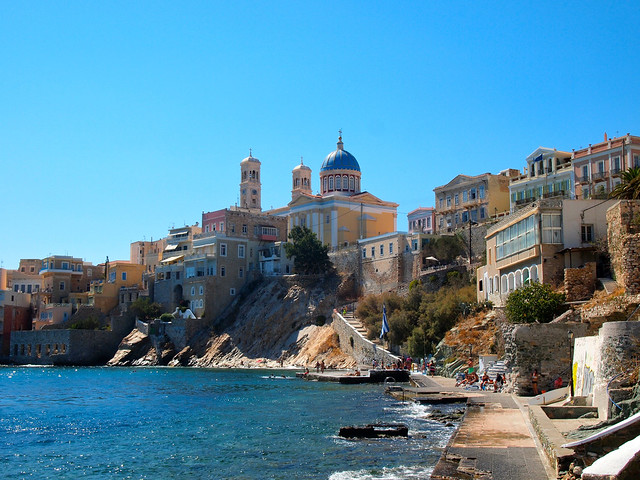 Catch a bus from Ermoupoli and head to the beaches on the other side of the island. The two most popular are Kini and Galissas. Galissas can be reached either by direct bus (about 20 minutes) or by a bus that traverses all along the southern coast of Syros (taking 45-60 minutes). This beach is large and sandy, with sunbeds/umbrellas for rent (roughly 5 Euro for 2 beds and an umbrella, though you can always try to haggle) and restaurants and tavernas nearby. 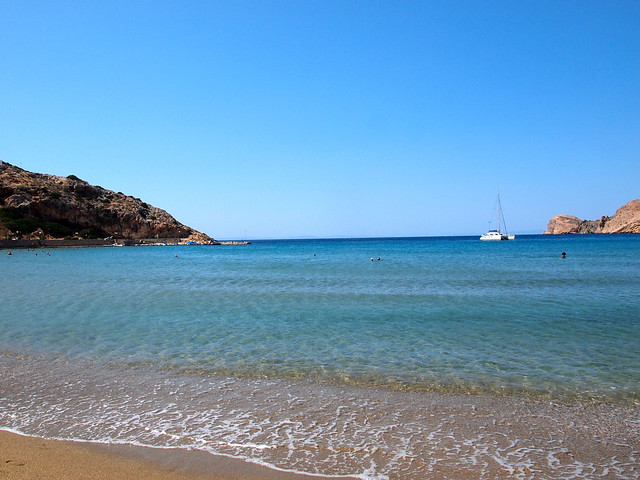 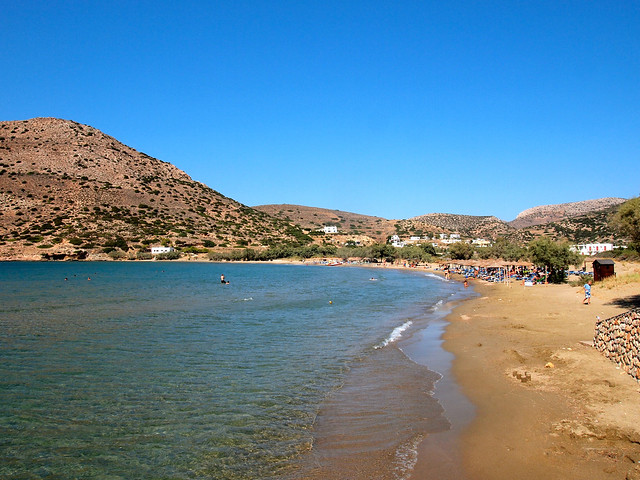 If I had to boil Syros down, I would say the island is laid-back, traditional, and somewhat off the tourist trail as far as the Greek Islands go. 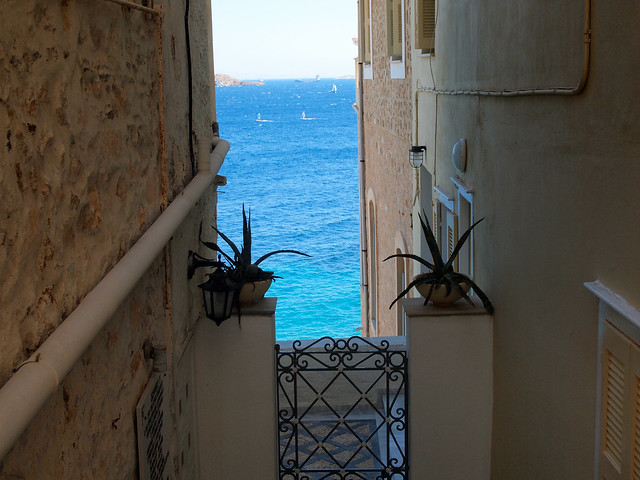 WHERE TO STAY — I stayed at Hotel Archontissa, located on Platia Iroon. The hotel was in a good location — about 10 minutes' walk from the ferry terminal, and with bus stops right outside to take you to the beaches. The rooms were clean, air conditioned and came with free wi-fi, and manager Yiannis was super friendly and helpful.

WHERE TO EAT — Head to any taverna, as most are family-owned on this island. There are a ton near Plateia Miaouli. Try a traditional Greek moussaka, some fresh seafood, or saganaki (fried San Michali cheese).

GETTING AROUND — You can easily explore Ermoupoli and Ano Syros by foot, or perhaps by bike. To get to the beaches on the other side of the island, you'll need to catch a bus (with bus rides usually being less than 2 Euro).

What do you think of Syros? Is it an island you'd like to visit?

18 Comments on “The Greek Islands: Syros”