The Greek Islands: Things to Do in Mykonos

Home » Europe » Greece » The Greek Islands: Things to Do in Mykonos

No matter the weather or temperature, there always seems to be a strong breeze whipping over the water on its way to Mykonos. There's a reason, after all, that Mykonos is often referred to as “the island of the winds.”

But the wind, of course, is not the only thing Mykonos is known for. It's also known for its string of windmills, its trendy beaches, its white-washed Chora, and its gay-friendly vibe. And of course its thumping nightlife that draws backpackers and celebrities alike. 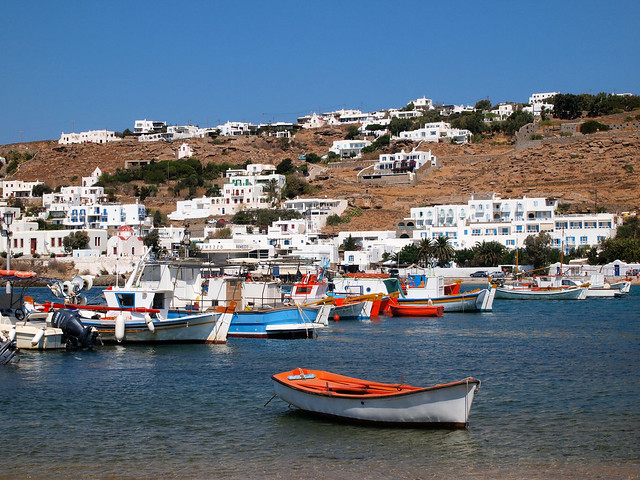 I won't lie — Mykonos was not the island I was most looking forward to visiting in the Greek Islands. I had heard that this popular Greek Island was expensive, and usually overrun with cruise ship passengers. And, sure enough, three huge ships were tendered in Mykonos' port the first morning I woke up there. And it WAS more expensive than any of the other Cycladic islands that I visited.

But you know what? I'm still glad I went. Mykonos is definitely worth visiting, especially if you go towards the end of the tourist season like I did. You just have to know what to see and do and when. 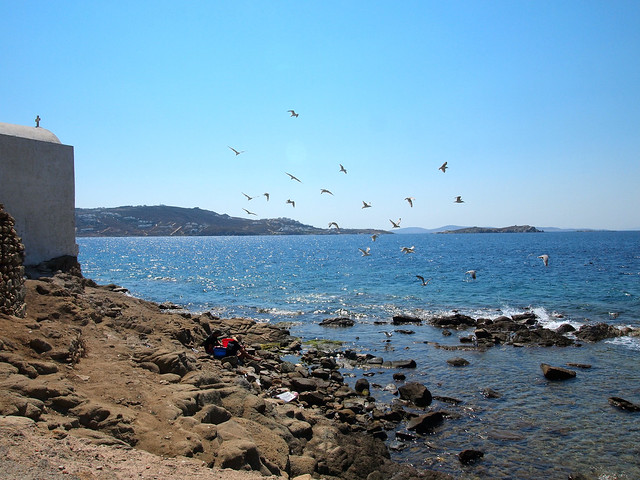 Places to go in Mykonos

Mykonos' Chora (“Town”) is probably the biggest must-see on the island. Here you'll find the string of windmills the island is known for, plenty of shopping in a pedestrian-friendly zone, and some nice restaurants in an area known as “Little Venice.” Book a walking tour of the old town in order to see all the highlights.

My biggest tip? Go into town in the afternoon or evening when the cruise ship passengers are off on shore excursions or heading back to their ships to have the best chance of traversing the maze-like streets of the Chora without having to dodge elbows. And be sure to keep an eye out for Mykonos' mascot, Petros the Pelican, here! 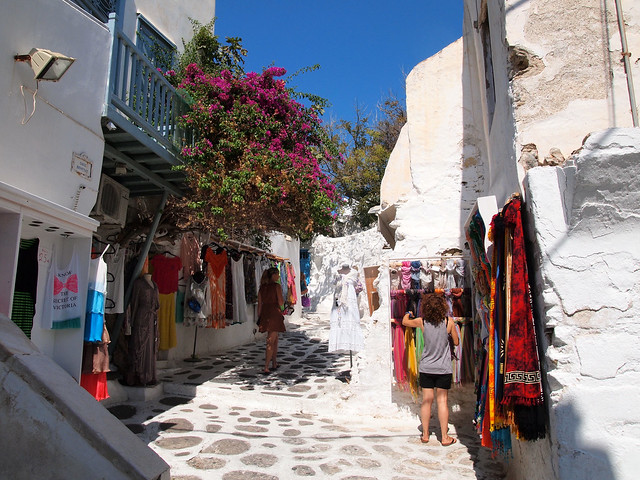 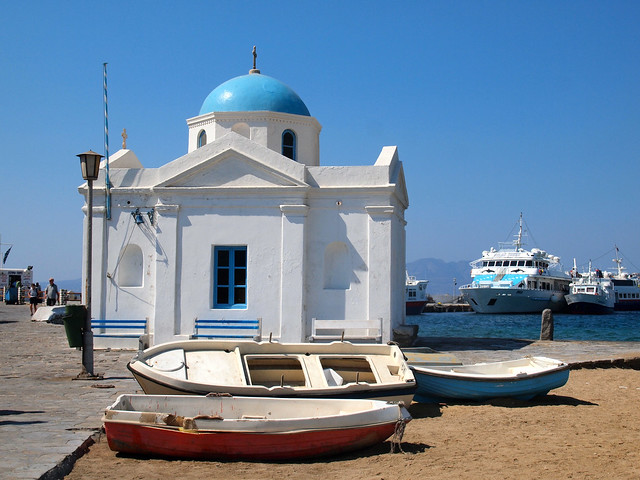 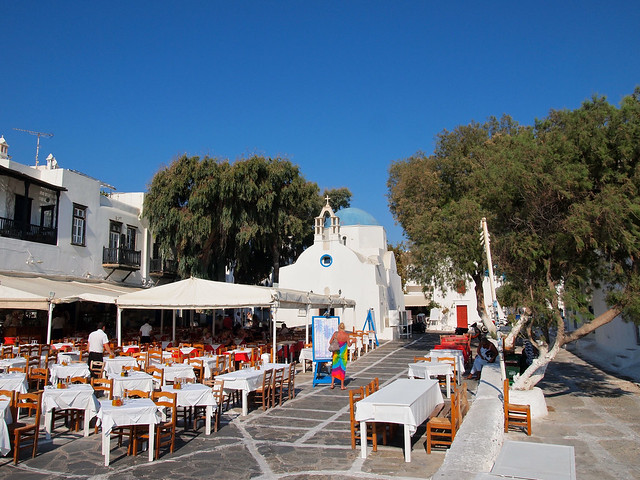 From the Chora, climb the hill to visit Mykonos' windmills — the icons of the island. They sadly don't actually function anymore, but they're still very pretty and the views out over the town from here are scenic. I would guess that this would be a great spot to watch the sun set from. 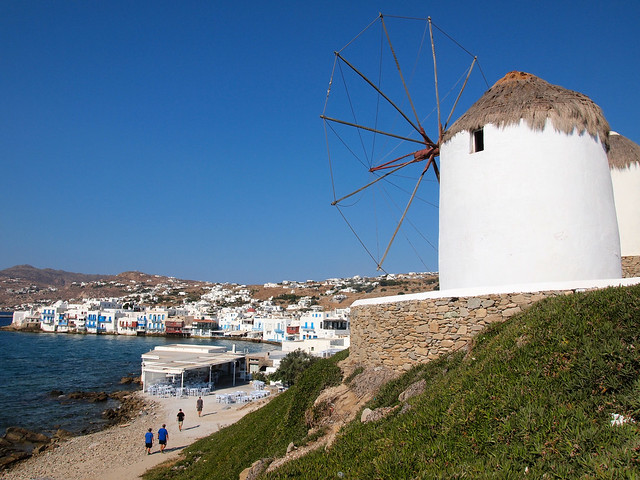 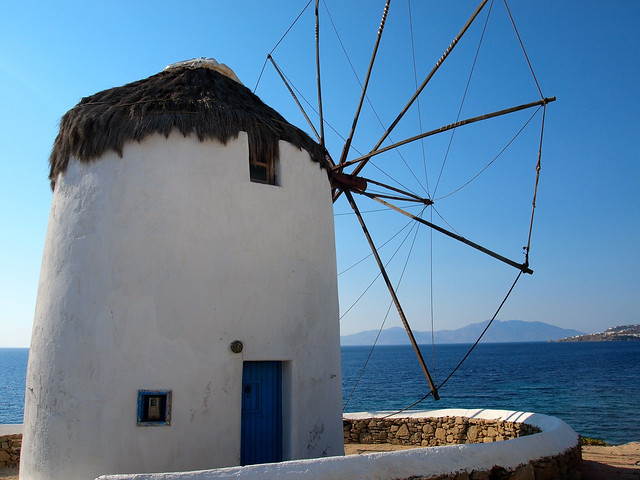 From Mykonos, you can easily catch a ferry over to the small island of Delos for the afternoon. Delos is said to be the birthplace of Greek god Apollo, and its ruins are interesting to explore. (Read all about my visit to Delos, or book your own tour to Delos here.) 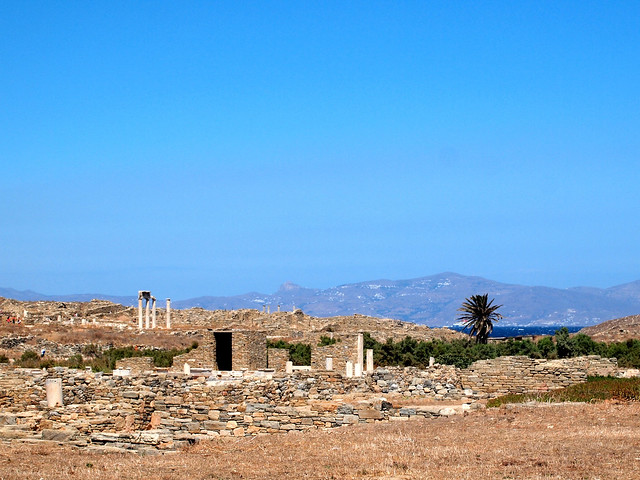 Mykonos is known for its nightlife — much of which actually takes place on its beaches. But if you actually want to go to a beach on Mykonos to swim and work on your tan, check out:

This family-friendly beach is popular with tourists and easily reachable from Mykonos town (by bus, taxi, bike, or even on foot if you don't mind walking a little while). You can rent a sun bed on the sand here (around 6 Euro for 2 beds and an umbrella) or grab food/drinks from any of the nearby bars and restaurants.

This beach WAS pretty crowded, but most beaches reachable by public transport on Mykonos are.

There are plenty more beaches on Mykonos, but many are difficult to access, especially if you are only relying on public transportation to get around. It's also worth noting that many of Mykonos' beaches permit nudity. So just… be aware of that.

The parties at these beaches usually kick of around 4 p.m., and can last well into the wee hours of the morning. Just be aware that getting to these beaches can be tricky at night. Paradise is the easier of the two to reach — buses from Mykonos town, shuttles from the Old Port, and boats from Platys Gialos will get you there, but there don't appear to be as many options to return once the party has died out. And good luck being able to catch a taxi back — there are only a handful on the island.

Super Paradise is really only reachable by boat, though. My tour group really wanted to check this nude- and gay-friendly beach out one night, but we simply couldn't figure out a way to get there at 10 p.m.

Thwarted by the party beaches, we decided to party in Mykonos town instead. There are plenty of options here, even at the end of the tourist season (which is when I visited). One of the clubs that everyone seems to know about is Skandinavian Bar, where the cover charge is just the price of a drink. You'll find multiple levels and places to mingle, lots of younger travelers, and a fun disco playing dance music. 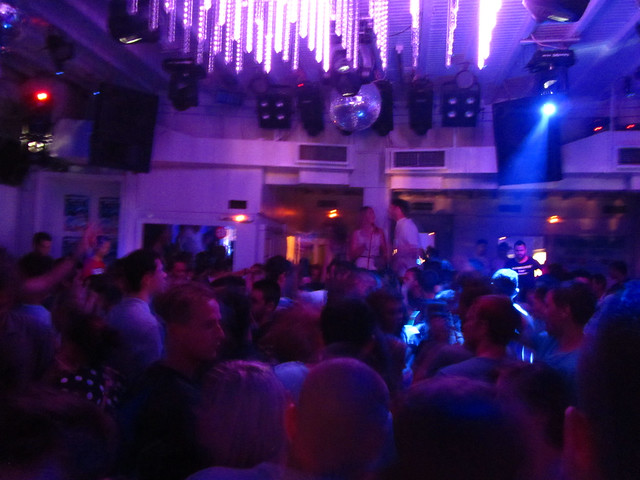 I was afraid that Mykonos would be just another characterless destination that's been overrun by annoying tourists and drunken backpackers. But, somehow, despite its wild reputation, Mykonos still manages to cling to its unique Greek Islands identity. And I think that's great.

WHERE TO STAY IN MYKONOS

I stayed at Hotel Madalena, which is close to the Old Port. It was my favorite Greek Islands hotel, hands-down. The rooms were lovely and air-conditioned, and fitted with some of the most comfortables beds I've ever slept in while traveling. There were also balconies, a pool, good wi-fi, a nice reception area with seating to overlook the sea, and an amazing hot breakfast (that was included!). The hotel is a bit far out from the Chora (it takes about 30 minutes to walk to the Fabrica bus station, where most of the beach buses leave from), but this didn't bother me much in the end.

Other hotels worth checking out in Mykonos include: 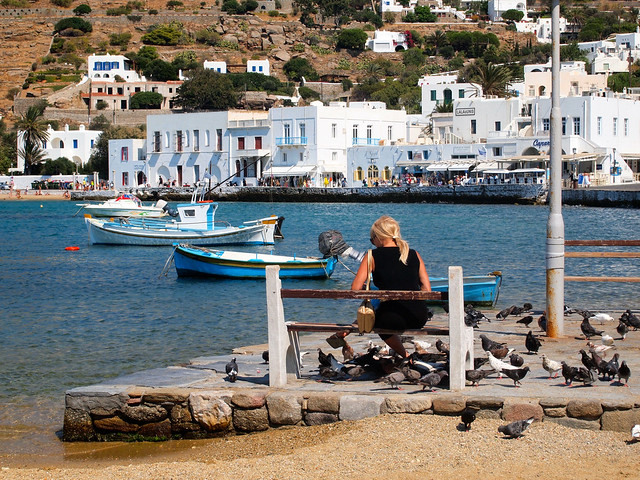 WHERE TO EAT IN MYKONOS

Check out Marco Polo (at Lakka Square) for traditional Greek food and any of the restaurants along the water in Little Venice for fresh seafood. If you're like me and have frequent cravings for big, fat, juicy burgers, go to Black Bull right next to the Fabrika bus station, where the burgers are both tasty and affordable. Then head around the corner (back towards the windmills) for some gelato.

GETTING AROUND ON MYKONOS

Mykonos is a bit tricky when it comes to transport. Renting a car is not ideal because the Chora is closed to cars, and many beaches are unreachable by vehicle anyway. Many people choose to rent bikes, scooters, or quad bikes (ATVs), or just use their feet most of the time.

There are buses, too, but you'll only find two main bus stops in Mykonos town (one near the Old Port, and the other on the opposite side of town past the windmills). For bus times, check at the stations since the services change based on season and even time of day. You can expect to pay about 2 Euro per bus ride. Ferries are an option, too, during high season to reach many of the beaches, and there are a handful of taxis on the island that charge set prices based on where you're going (Mykonos to Ornos Beach was about 6 Euro).

So Mykonos — would you skip it or visit it? 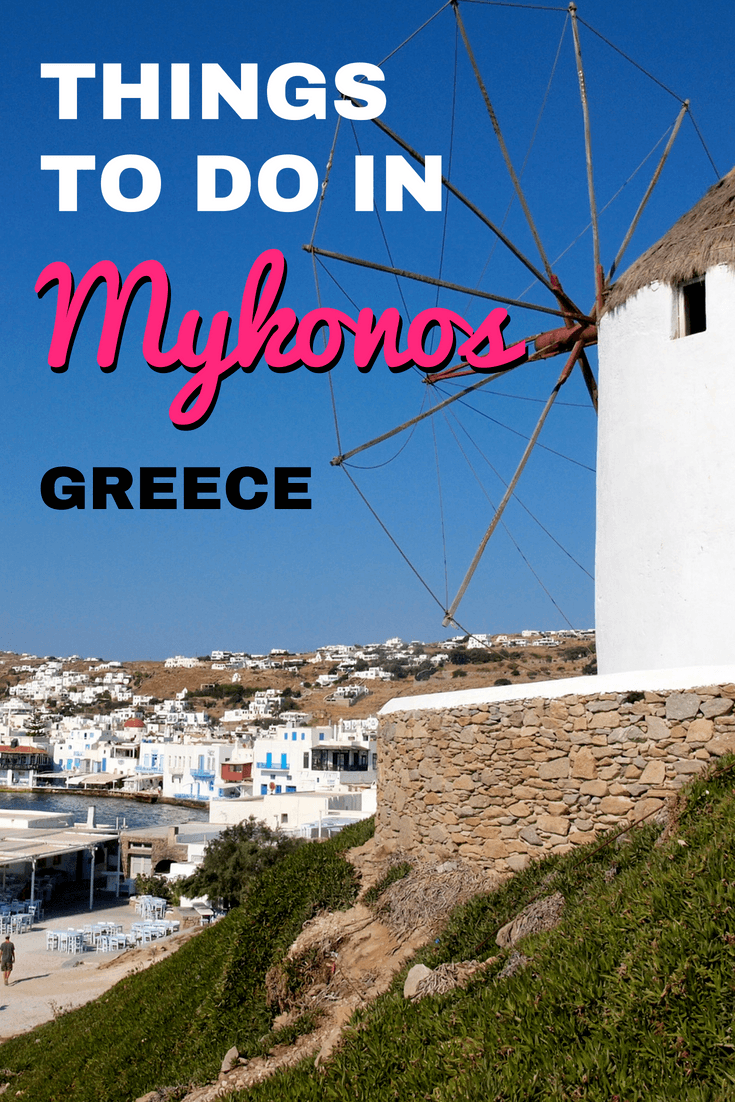 28 Comments on “The Greek Islands: Things to Do in Mykonos”