Getting Over My Art Aversion at ArtPrize

Home » United States » Michigan » Getting Over My Art Aversion at ArtPrize

I've said it on this site before, but I'll say it again: I'm not a huge fan of museums — especially art museums.

I did not stand in line at the Louvre to see the Mona Lisa, or buy a ticket to the Accademia in Florence to see David. Sure, I'll go every once in a while, when architecture is on display as much as art. But going to a museum just to see one or two famous pieces? Not really my cup of tea.

So when I discovered that I would be in Grand Rapids, Michigan, for the city's annual ArtPrize event, I was a bit wary. A whole city decked out in art? It sounded like exactly the sort of thing I wouldn't normally enjoy.

But then I actually started reading more about the event and realized that this is NOT your average juried art show. 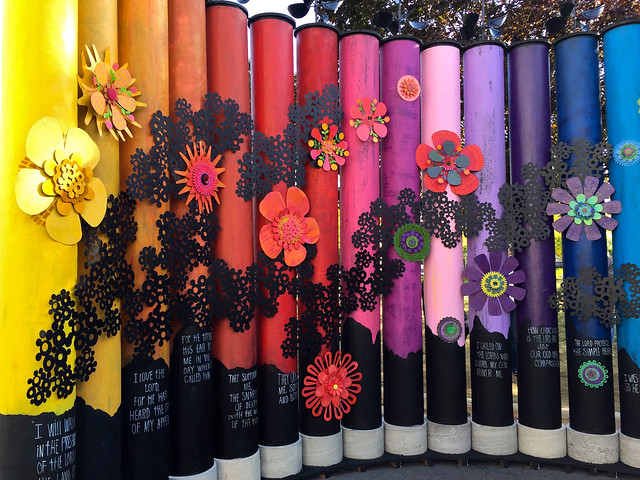 ArtPrize is an annual international art competition held in Grand Rapids each autumn. But, unlike many other juried art shows, the art competing in ArtPrize isn't found just inside museums or one specific venue. Yes, some museums DO host competing artwork. But you can also find it outdoors, in hotels, in restaurants, and in just about every corner of the city — even in the river!

ArtPrize is also unique in that while a jury selects one winner, the public also gets to vote on who takes home one of the $200,000 grand prizes. Pretty cool, right?

So when Elliot and I got to Grand Rapids and found sunny skies and tons of people milling about for ArtPrize (the event draws tens of thousands of visitors each year), we decided to hit the streets, too.

We vowed to avoid museum-like installations, and instead sought out the artwork peppered throughout downtown Grand Rapids. It wasn't hard to find. 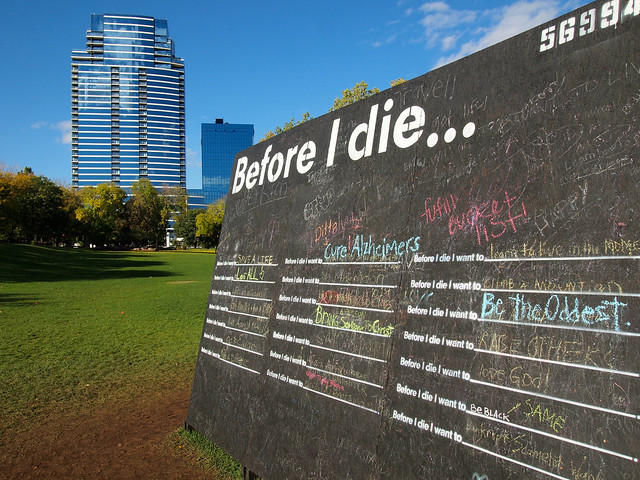 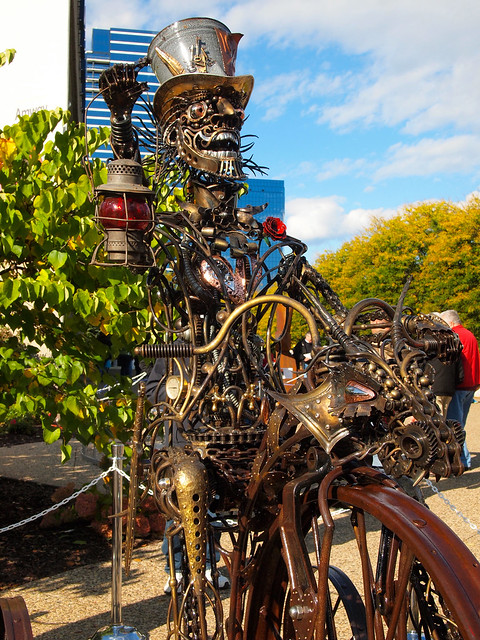 We found sculptures outside the Gerald Ford Museum and all around the Grand Rapids Public Museum. 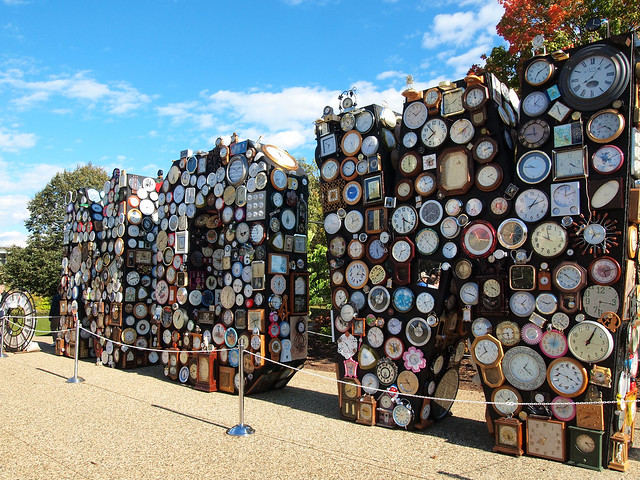 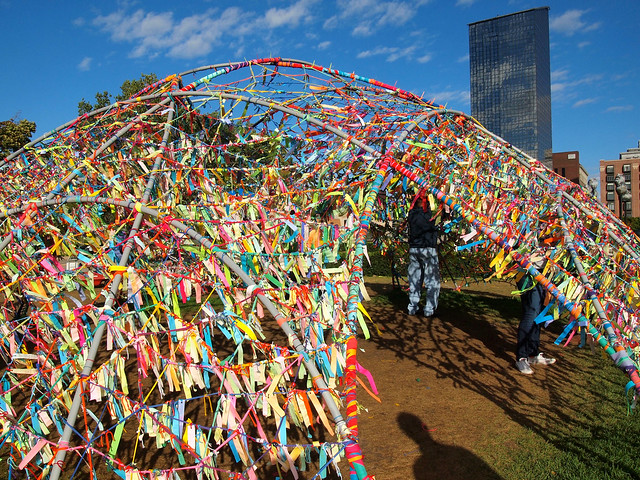 We stumbled upon it outside banks. 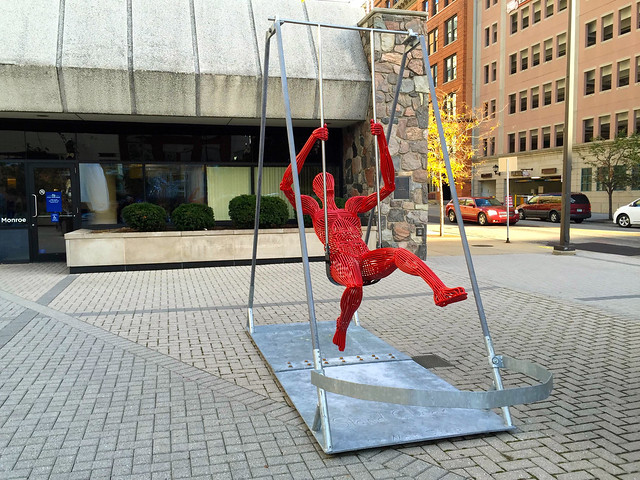 We even found ArtPrize work inside our hotel! (This pi table was one of my favorites.) 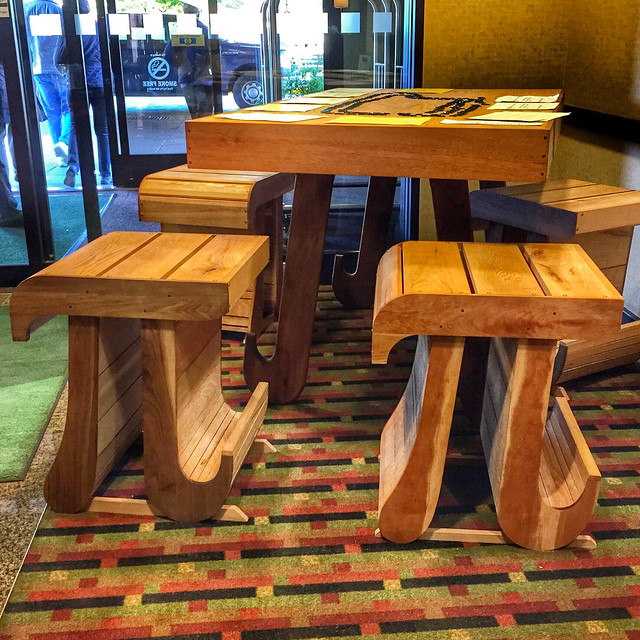 This year, the event featured 1,536 entries displayed in 174 venues across downtown Grand Rapids. That's A LOT of art. And I actually found myself enjoying spotting it.

After a day of art-spotting downtown, we decided to spend part of our second day in Grand Rapids at the Frederik Meijer Gardens & Sculpture Park. The sculpture park was an ArtPrize venue, but also plays host year-round to art and sculpture work that you can find and interact with outdoors. 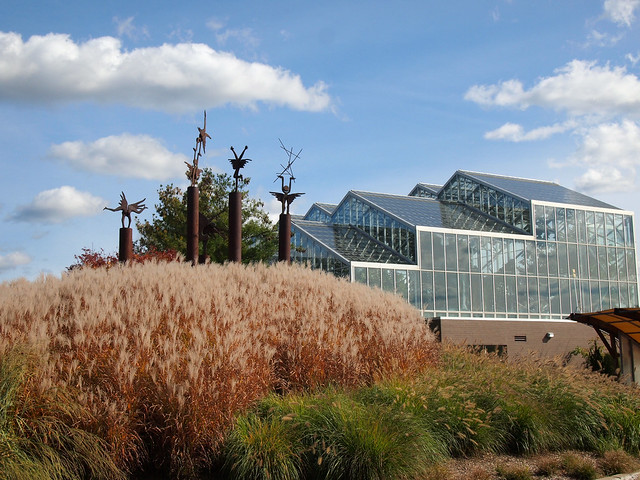 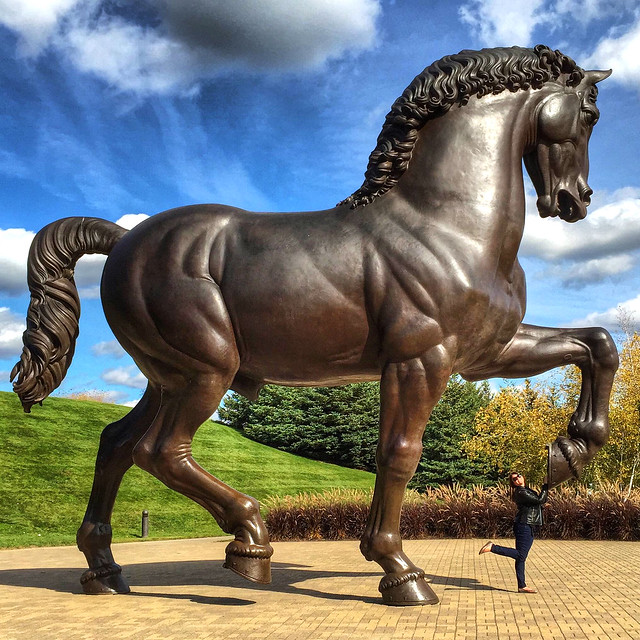 There are playgrounds for kids, lots of winding paths, and themed areas to complement the many sculptures. The nice day coupled with the changing autumn colors made this a great outing — I barely even realized that our whole day was art-themed! 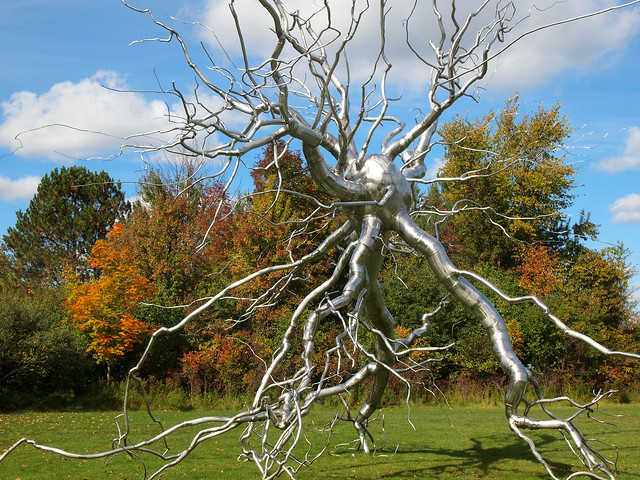 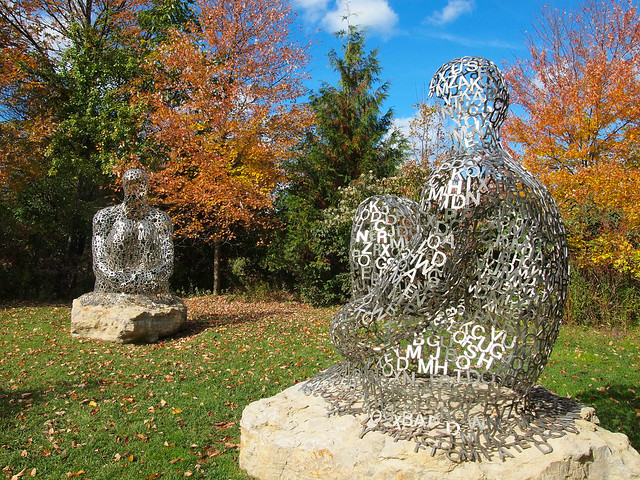 We happened to be in Grand Rapids during the final days of ArtPrize, when votes were being tallied and awards were being appointed. The whole city had a festival-like atmosphere about it, and I have to say that it was infectious!

I may never be fully converted into an art connoisseur, but knowing that there are events like ArtPirze out there that make art more accessible (and fun!) to the average person definitely gives me hope. 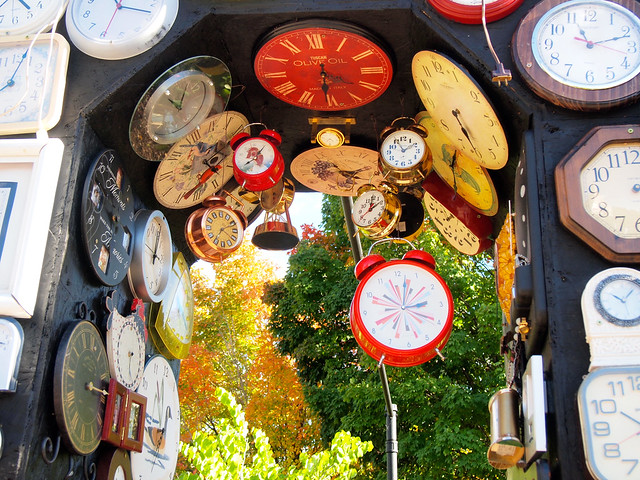 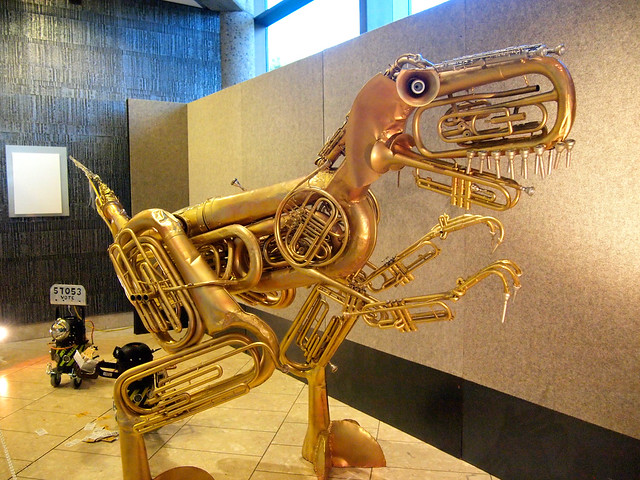 This is one art event that I wouldn't mind experiencing again.

ArtPrize takes place each fall in Grand Rapids, Michigan. Here are the dates for the next two years:

Where to stay: We stayed at the Holiday Inn Grand Rapids Downtown, which was in close proximity to a lot of museums, the river, and the downtown area. It's handy to have a car (and there's free parking at the hotel), but you really can walk or rent a bike and get everywhere from here, too.[/dropshadowbox]

Is ArtPrize something you think YOU would enjoy?

*Note: Big thanks to Experience Grand Rapids for hosting us during our trip!

22 Comments on “Getting Over My Art Aversion at ArtPrize”