Eger and the Valley of the Beautiful Women

Home » Europe » Hungary » Eger and the Valley of the Beautiful Women

Just two hours north of Budapest lies a small city that feels worlds away from the hustle and bustle of the Hungarian capital.

A short train ride, and you can trade in the clash of nighttime traffic for a serenade of nighttime insects; the sprawling city for just a few major streets. And instead of Budapest's ruin bars, here you can explore dozens of wine cellars. 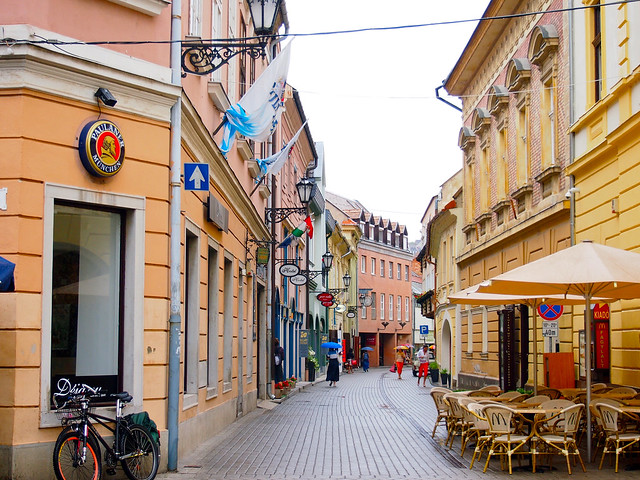 A city of about 60,000, Eger still manages to possess that Hungarian charm that I fell in love with in Budapest, despite its miniature size. Cobbled streets empty into broad squares with towering cathedrals. Colorful cafes spill out onto sidewalks littered with umbrella-shaded tables. And an ancient castle provides sweeping views out over the whole city.

In fact, Eger Castle is one of the region's main attractions, with the structure dating back centuries. Even on a rainy Sunday when all the museums and exhibitions were closed, the fortress was well worth a visit. 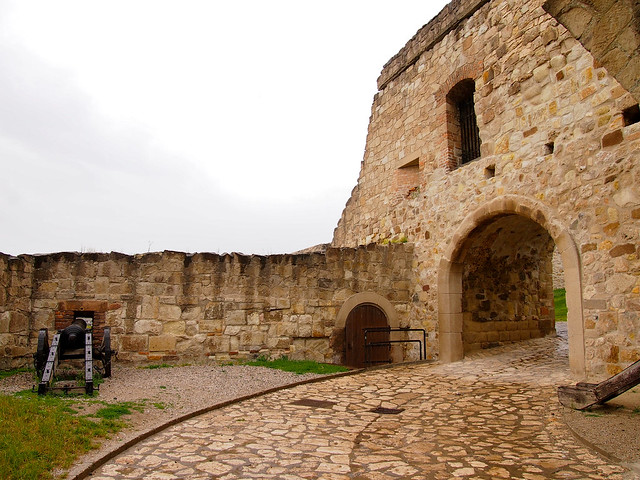 But nobody comes to Eger just to see the castle.

The real draw of this city lies an easy 20 minutes' walk outside of the main square, in an area known romantically as the Valley of the Beautiful Women. You could, of course, also hire a car, but the walk is gentle and very pretty. 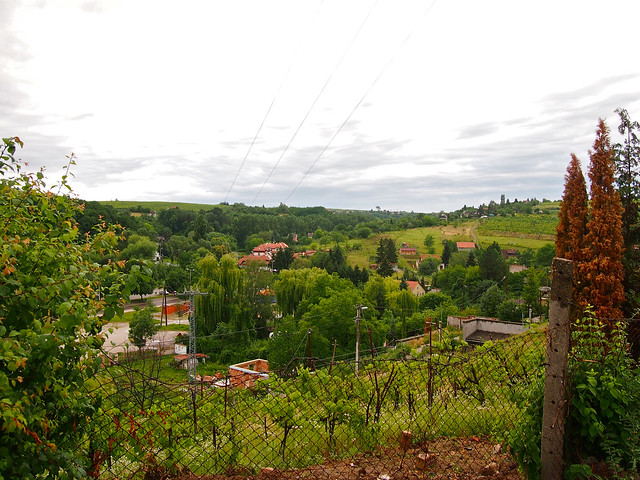 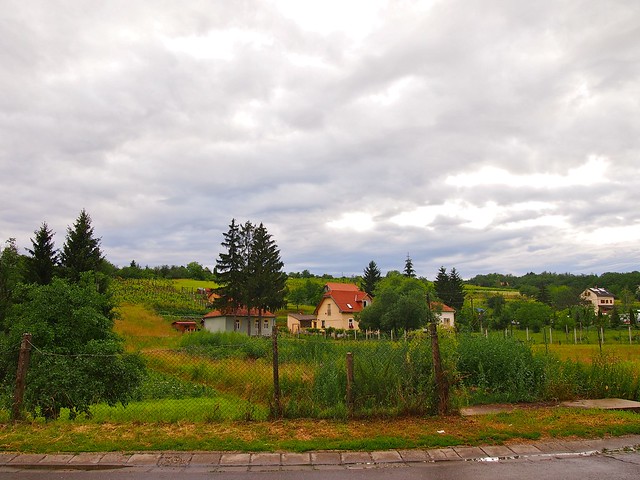 Here, tucked deep into a verdant valley, lies Hungary's most well-known wine region. But it's not your average wine region — Eger is unique in that it boasts dozens of wineries, each of which operates a small cellar in the Valley of the Beautiful Women where you can pop in and try some local specialties for dirt cheap. (There are actually upwards of 200 cellars here, with roughly 4 dozen open to the public.)

It's kind of like a pub crawl. Except you substitute wine cellars for pubs, and instead of beer you can expect wine. Lots and lots of wine. 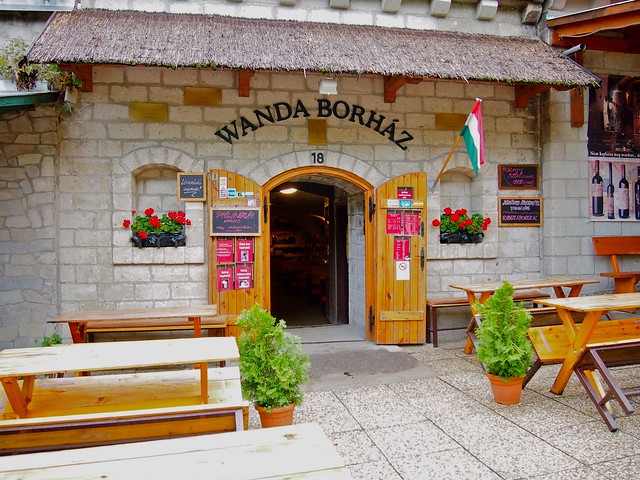 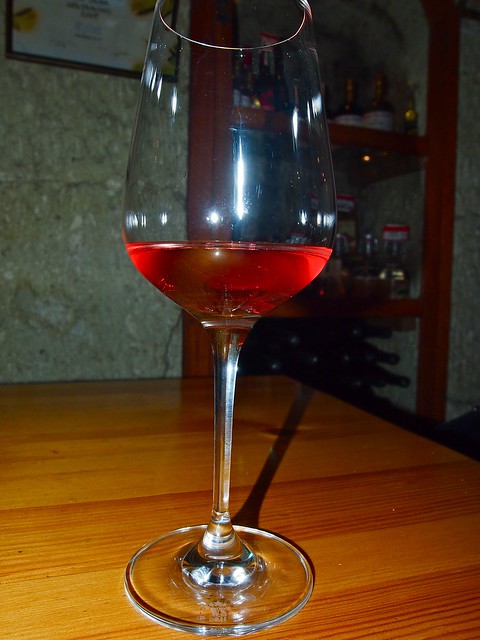 You can find wine of all colors and tastes here — from white to blush to deep red. But the most famous wine in Eger is definitely Egri Bikavér — or “Bull's Blood.” This dark red wine is rich and dry, made from a mixture of 3 different types of grapes. 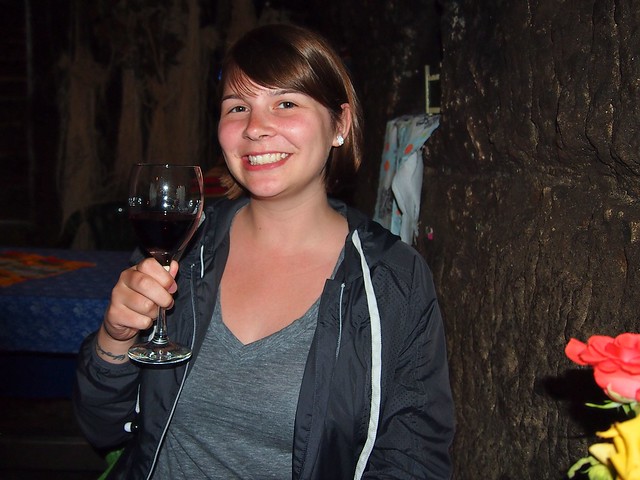 And the name is just as unique as the wine.

Back in the 1550s, as the Turks were expanding their Ottoman Empire to include Hungary, they thought they'd make quick work of taking over Eger, an important stronghold in the northern part of the country at the time. What they weren't expecting in 1552 with their army of tens of thousands (stories list anywhere from 40,000 to 150,000 Turks), however, was such a fierce force in Eger to oppose them.

The ruler of Eger at the time, Dobo Istvan, rallied his roughly 2,000 troops (legends list the number anywhere between 800 and 3,000 men), and decided to boost their morale by giving them barrels of wine to drink — all the wine in Eger was mixed together randomly to sustain Dobo's troops.

The small Eger force was able to defend Eger Castle and drive the Turks away, and fought so passionately that a rumor spread around the Turkish ranks that the Hungarians were drinking the blood from bulls to gain their improbable strength (and red-stained beards). And so “Bull's Blood” wine got its name. 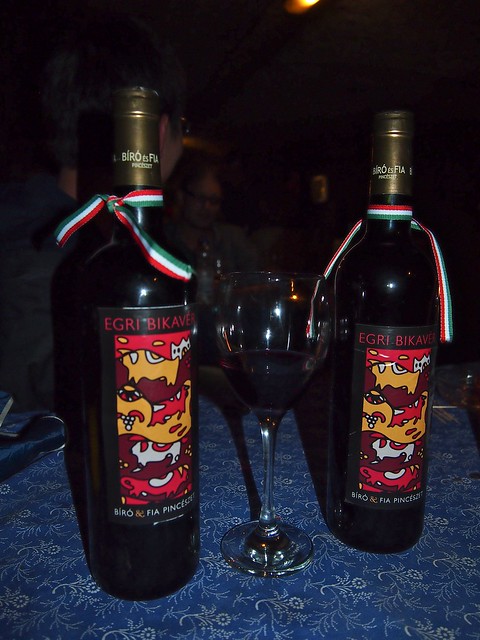 Just about any cellar in the Valley will be able to serve you its own version of Egri Bikavér, along with a variety of other wines. Cellar 19, for example, had nearly 30 different varieties of wine in one of the oldest cellars in the valley. 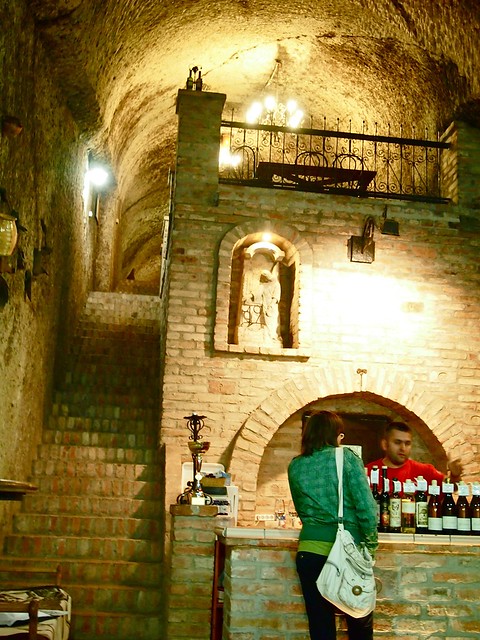 But if you are only going to visit one cellar in Eger, make it cellar number 2. This cellar, tucked into an unsuspecting corner removed from the outdoor seating and blaring loudspeaker music, was by far my favorite. The owner, an older Hungarian lady who spoke very little English, poured wine through a slender glass contraption with gusto and served up very curious “sandwiches” and cheese plates.

There was no rush to leave, and no wine glass left unfilled. 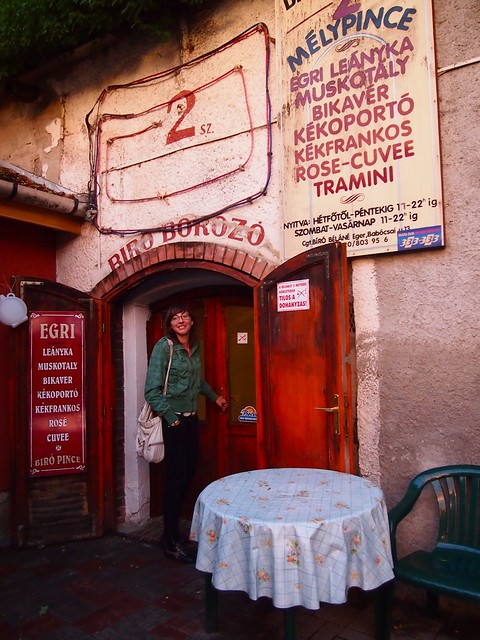 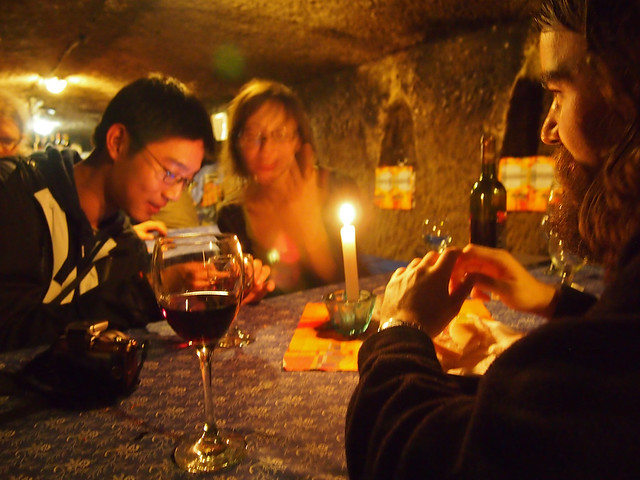 The dark and musty cellar — covered in moss and mold that helps regulate the temperature year-round — was full of warm character, the walls covered with coins from all over the world that had been pressed into the fungus. The owner told us that if you pressed a coin into the wall and it stuck, it meant you would be sure to return to Eger.

Coin or no coin, Eger is definitely a part of Hungary I would return to someday.

The best option is to take a train to Eger and stay overnight. But if that's not an option, you can also book a day trip from Budapest; Eger is about 2 hours one-way from the Hungarian capital.

If you decide to stay overnight in Eger, the Senator House Hotel is the top-rated hotel in the city.

Have you been cellar hopping in Eger? If not, is this is place you'd like to go wine tasting someday?

47 Comments on “Eger and the Valley of the Beautiful Women”