When most people think about traveling to Europe, all the major cities pop into their heads: London. Paris. Rome. 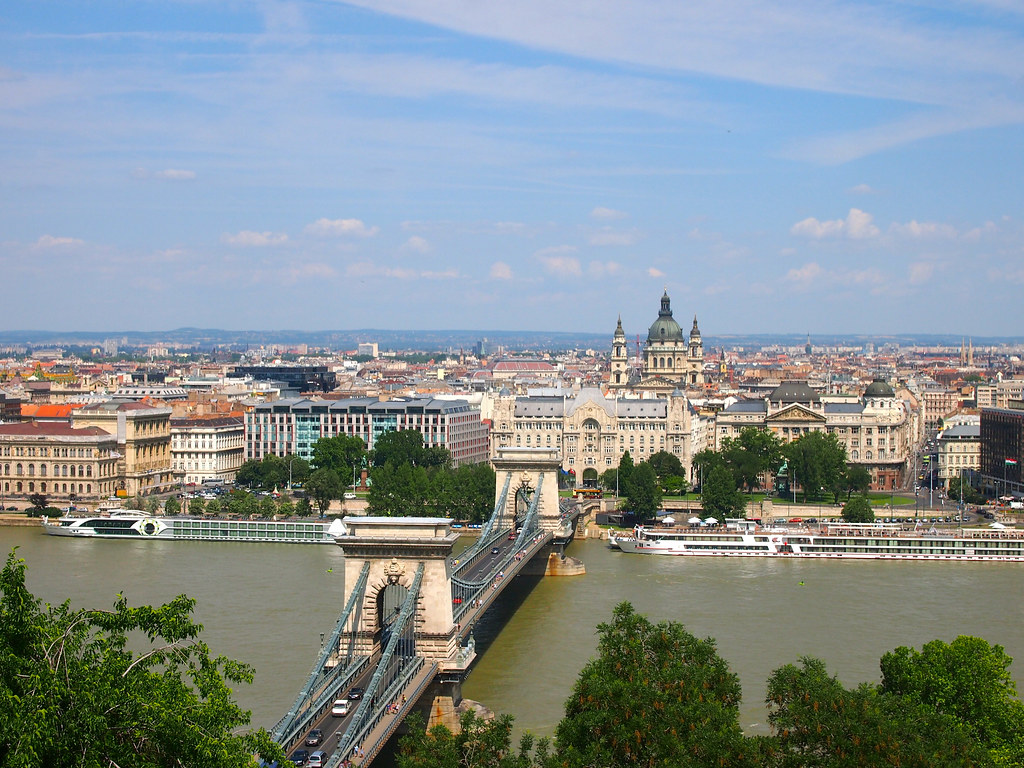 After two visits to the Hungarian capital, I can say with certainty that Budapest is one of my favorite cities in Europe. It has everything I love: great history and architecture; fantastic views; affordable prices; and a downtown area that's easy to get around. It's also still slightly off the beaten path when it comes to Europe, meaning it's not nearly as touristy as the capital cities further West.

Another great thing about Budapest is that it's not massive. The population is less than 2 million, and all the major attractions you'd want to see are relatively close together.

Meaning that Budapest makes a great weekend getaway if you're already in Europe. 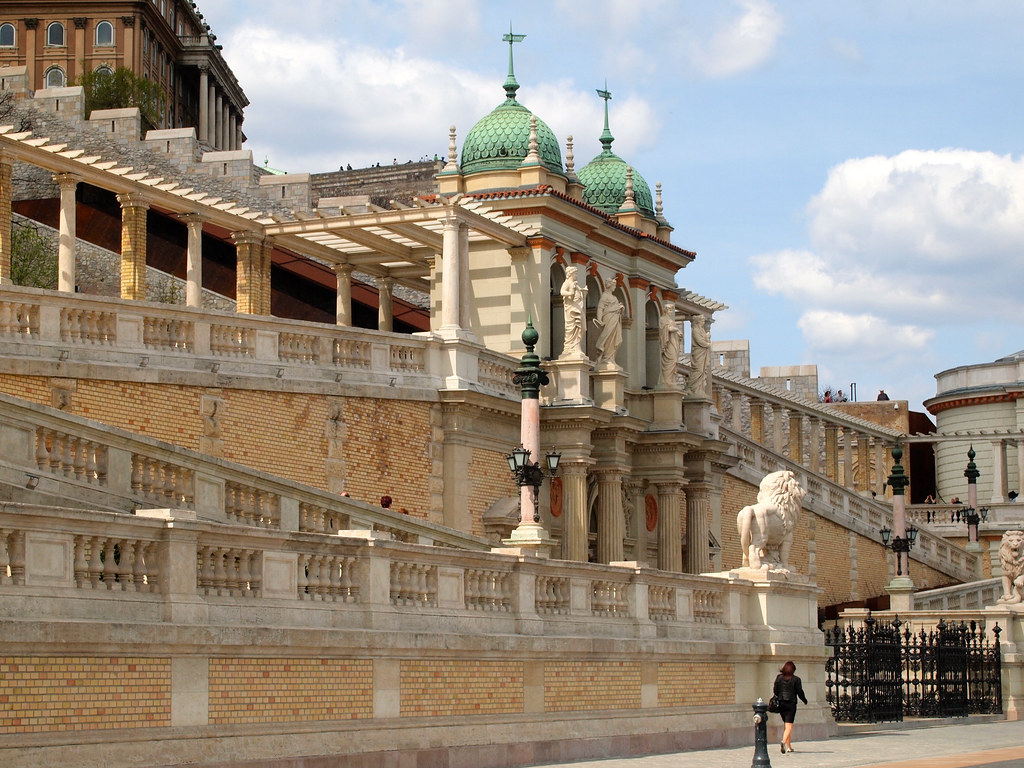 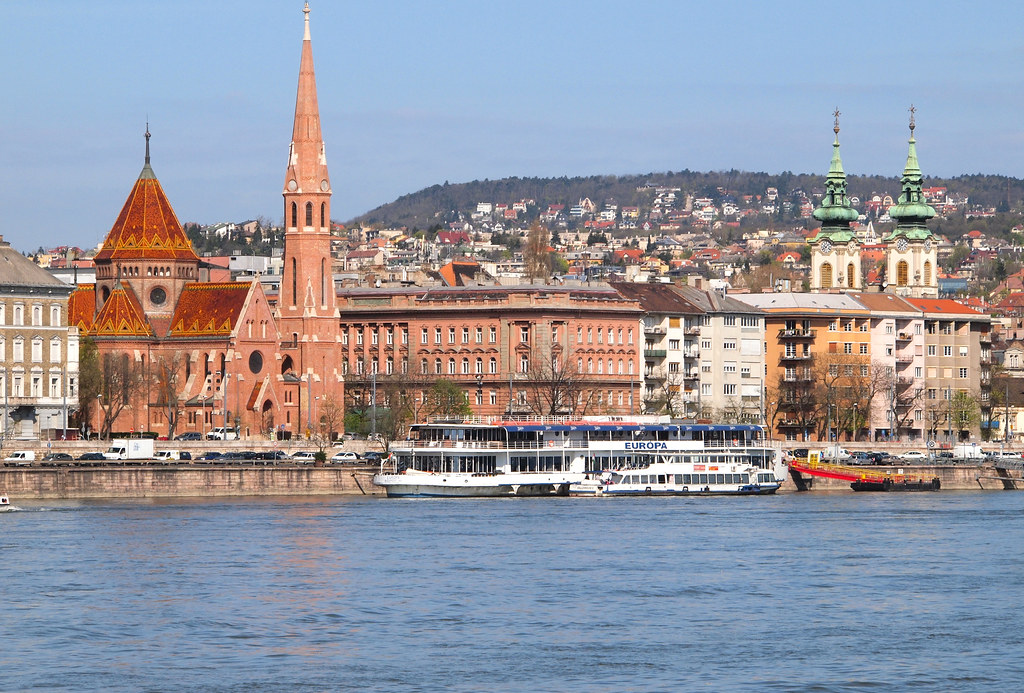 If you have 48 hours to spend in Budapest, here are the sites I most highly recommend:

Budapest actually used to be two separate cities — Buda and Pest — divided by the Danube. They unified into one city in the 1870s, but still feel quite different. Pest, for example, is mostly flat and full of shopping and restaurants. Buda, on the other hand, is very hilly and more touristy than Pest — but that's just because of all the attractions atop Buda Hill. 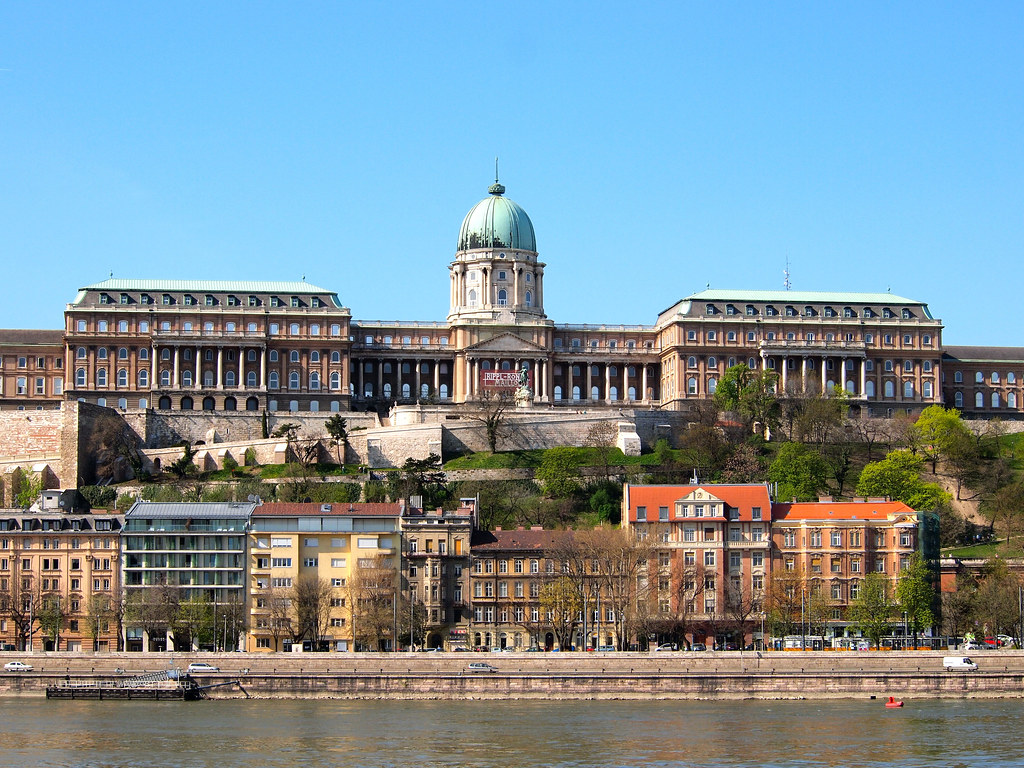 You can take the funicular or walk up Castle Hill to Buda's Old Town, where you'll find the Budapest History Museum and great views back down over the city's famous Chain Bridge. You'll also want to visit Trinity Square to see Matthias Church, a 13th-century Gothic beauty with a colorful tiled roof. 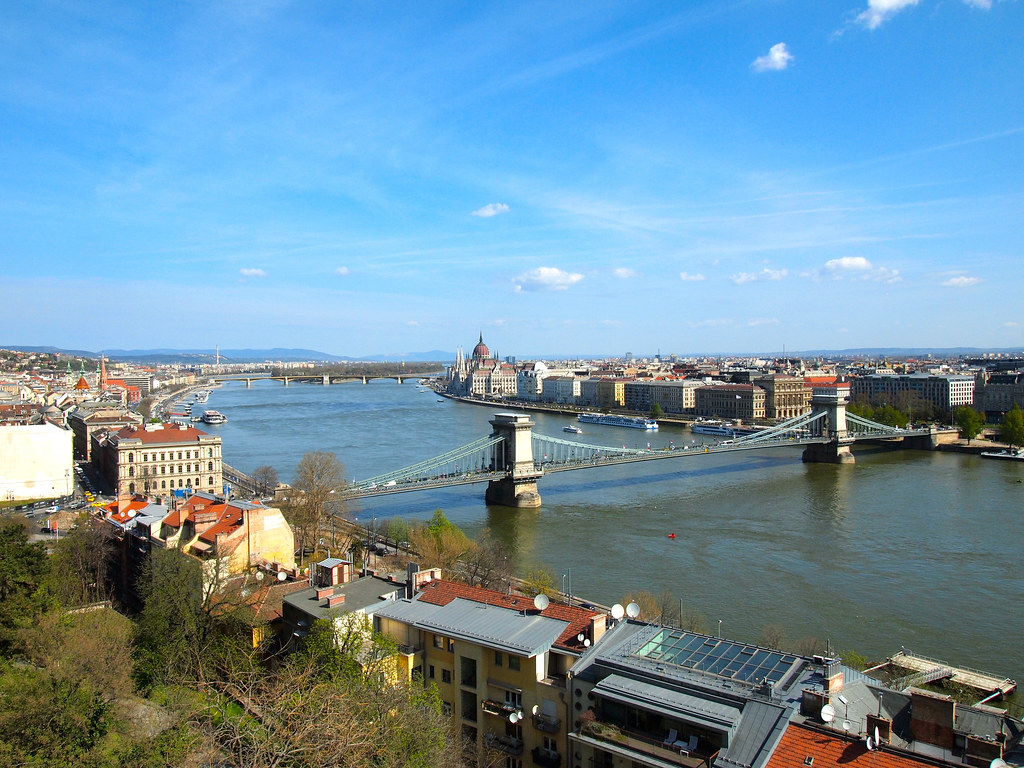 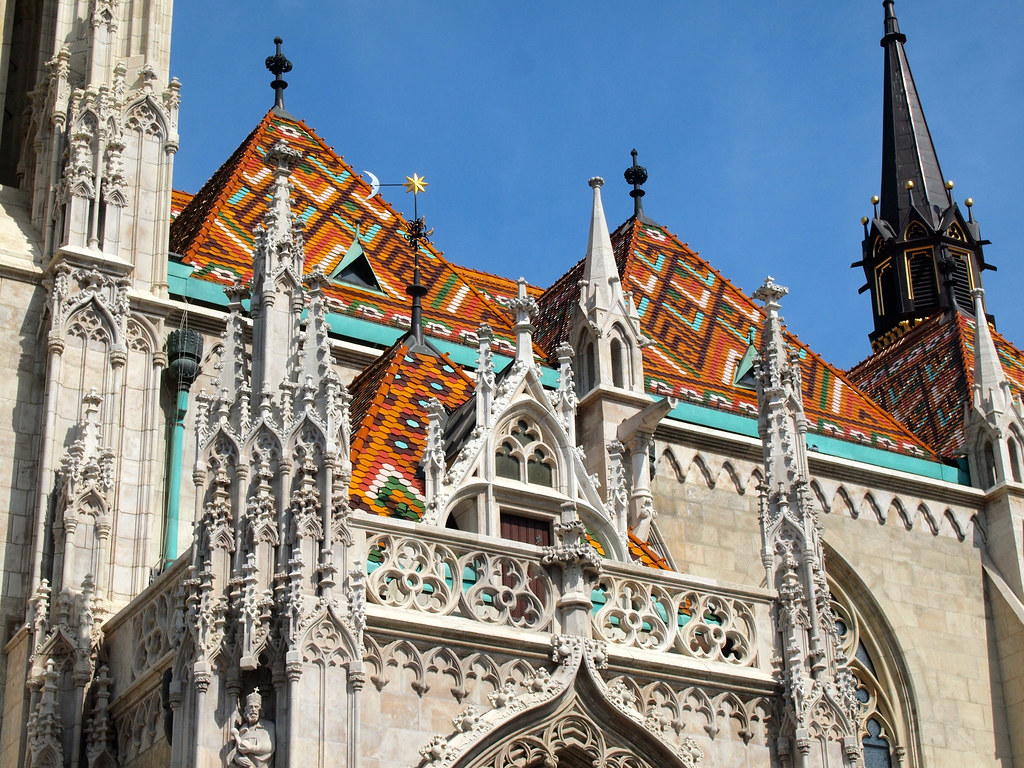 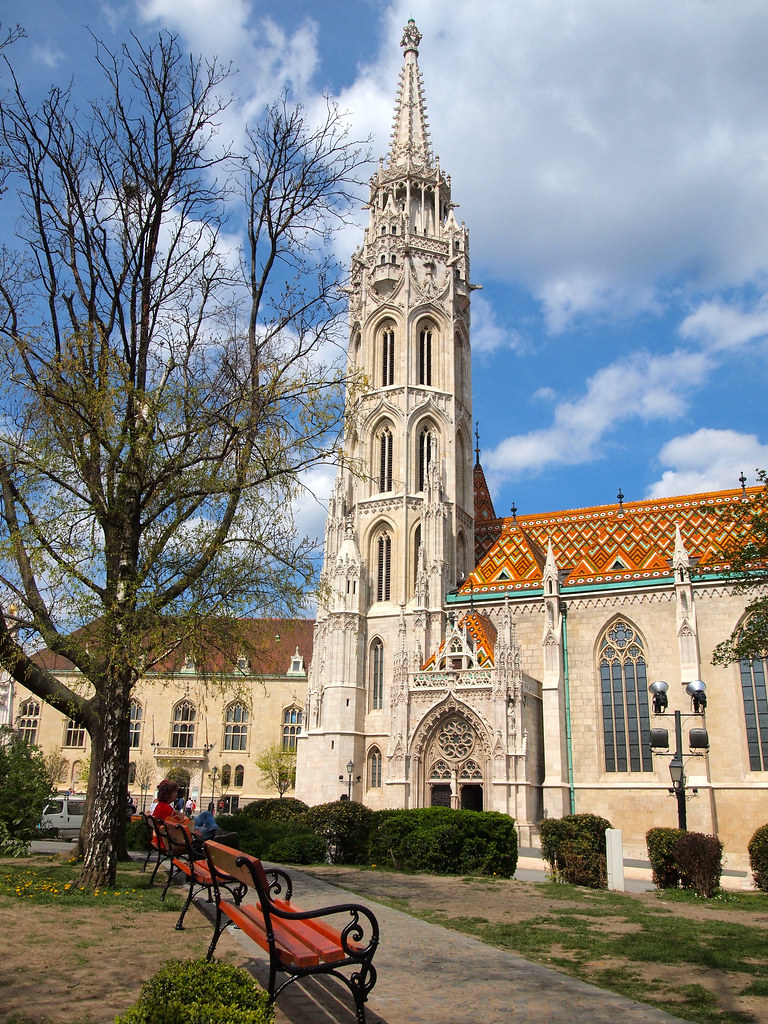 Next to Matthias Church is Fisherman's Bastion, which is my favorite spot on Castle Hill. The architecture is cool, and the views out over the Danube can't be beat. 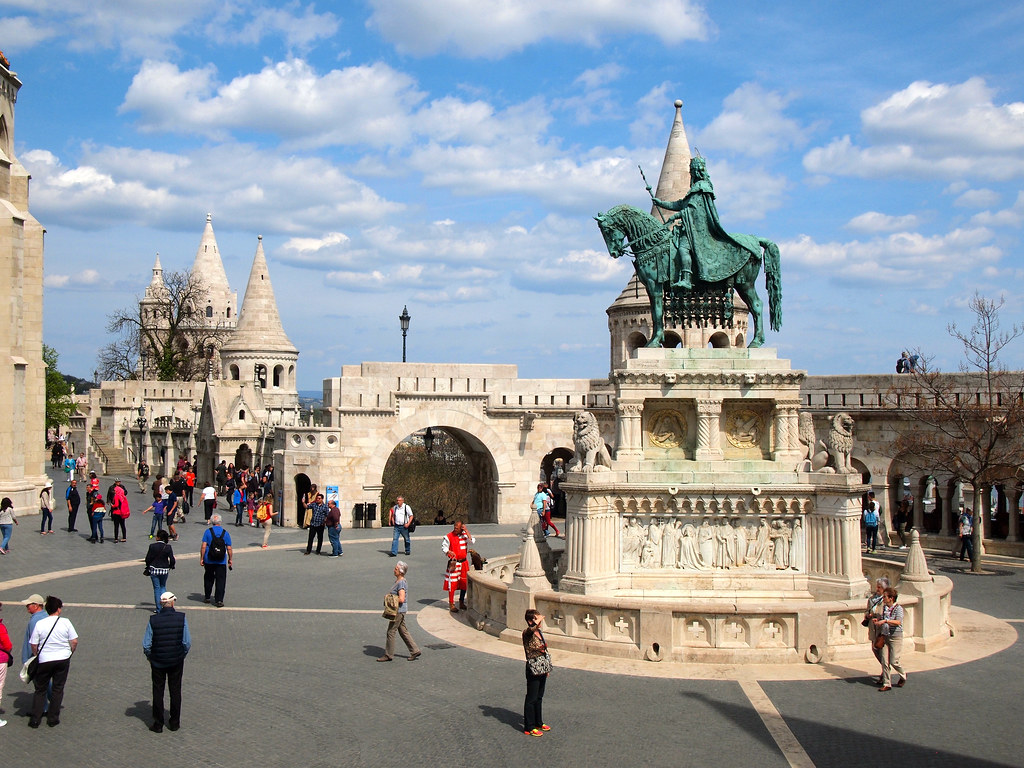 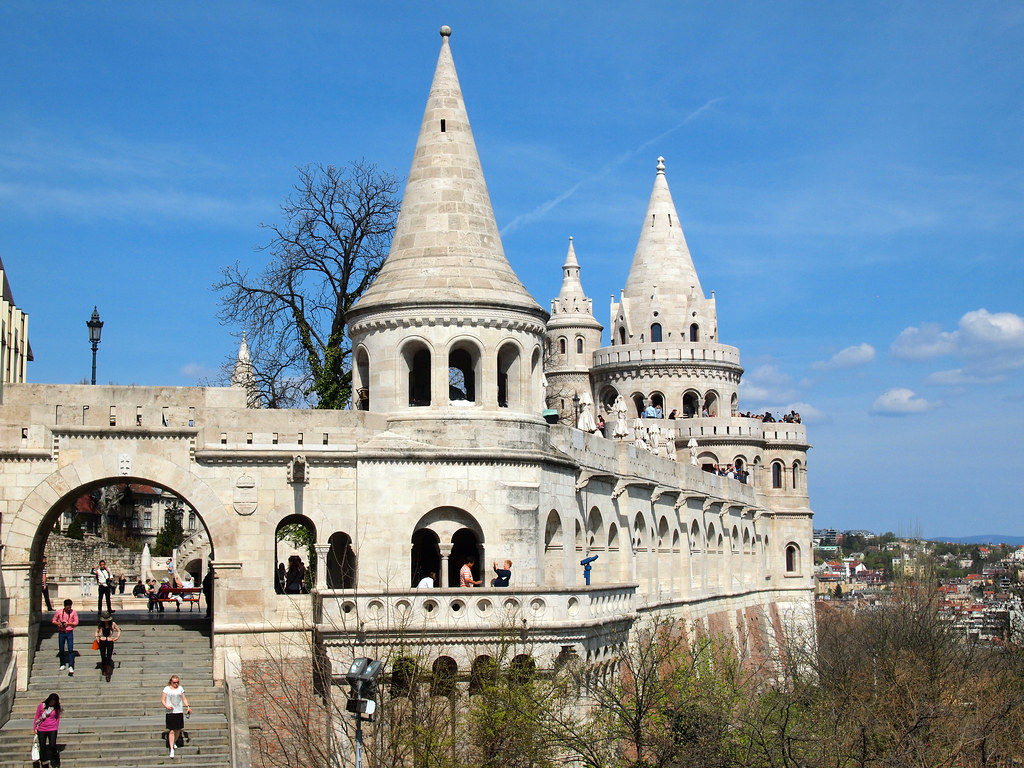 Beneath the city of Budapest lie dozens of geothermal springs. The city long ago harnessed these and built a handful of beautiful thermal baths. I personally recommend the Szechenyi Baths near Heroes' Square — the beautiful 100-year-old bath house has 15 indoor baths and 3 outdoor pools of varying temperatures. 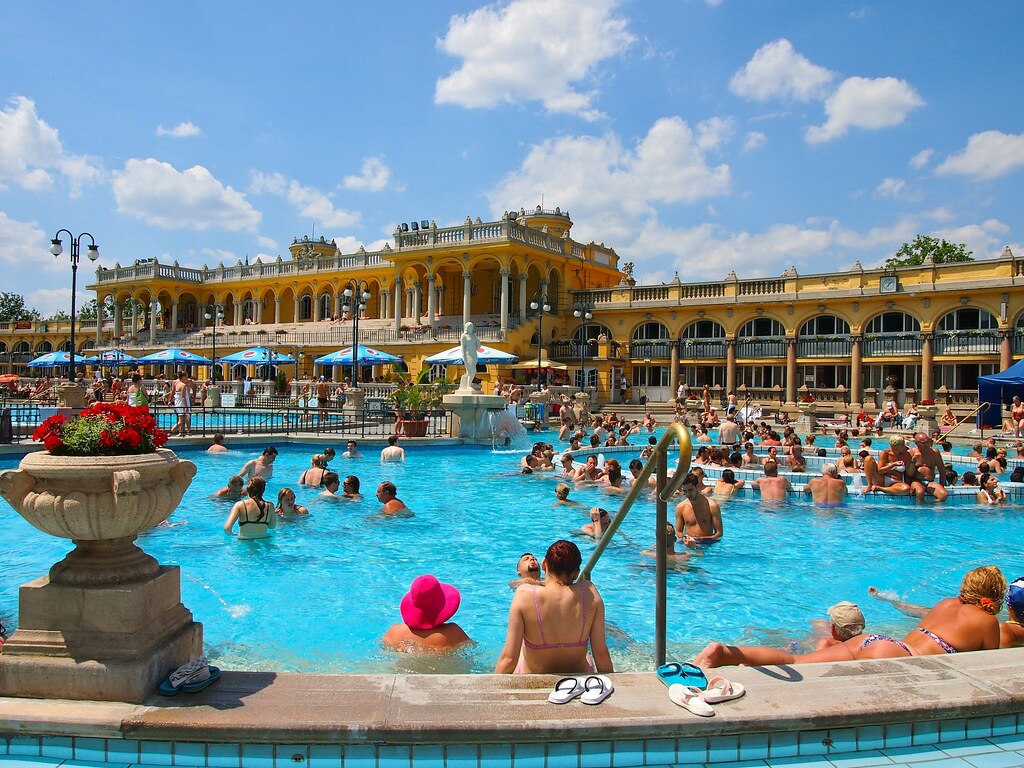 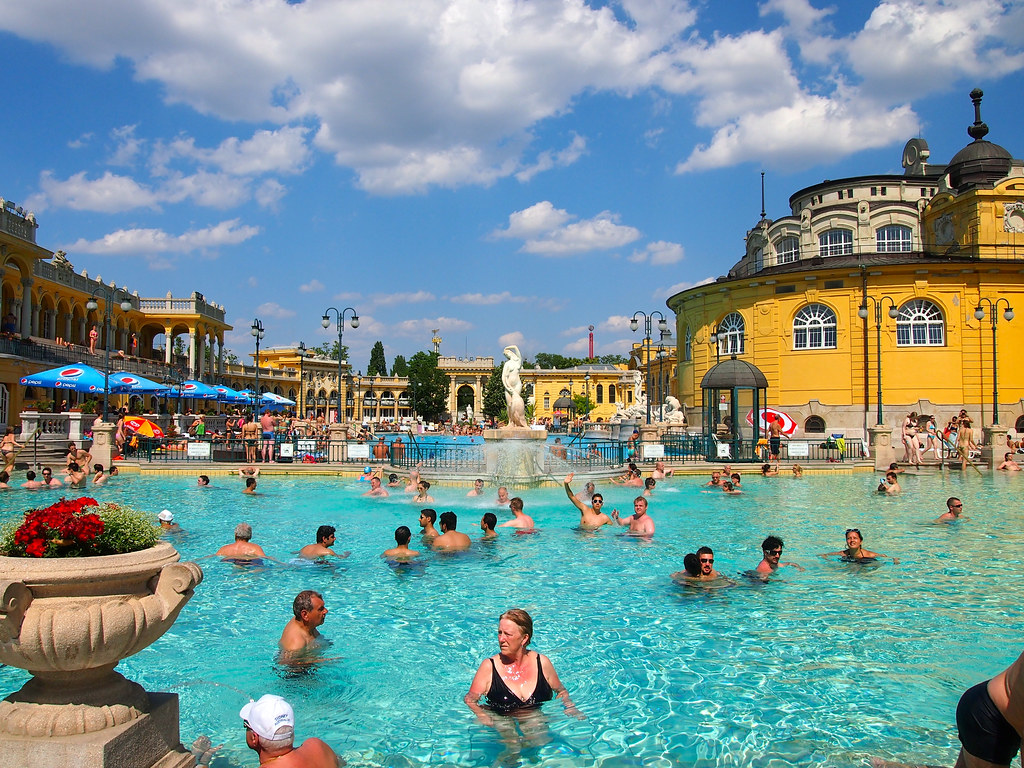 Also popular is the Gellert Thermal Baths, though I haven't been to that one myself.

The Hungarian Parliament building — a massive example of gothic construction — really can't be missed in Budapest. And I mean that literally. It's so huge and stands out so much that you can't possibly not notice it. Make sure to walk by at least once to see it up close. 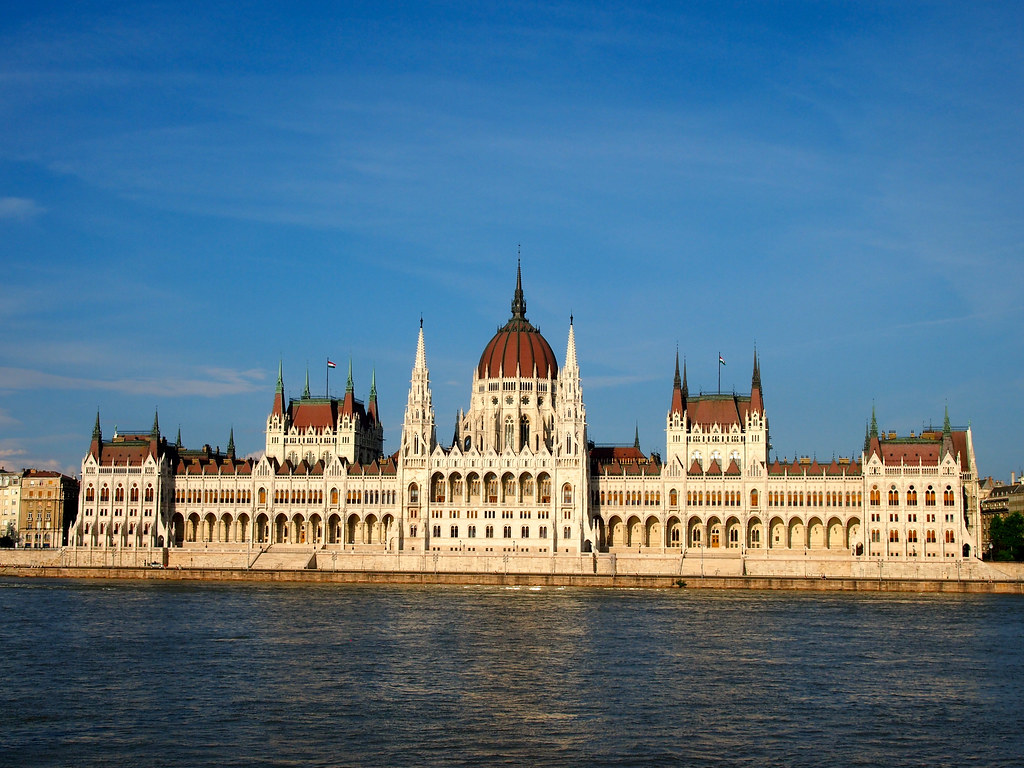 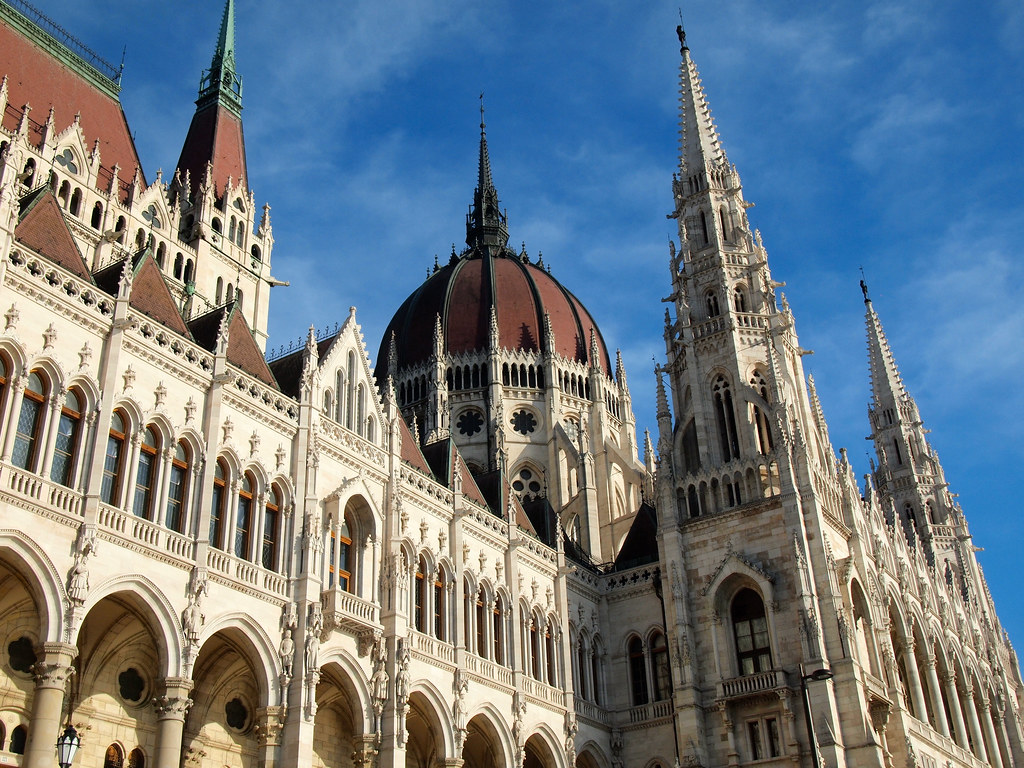 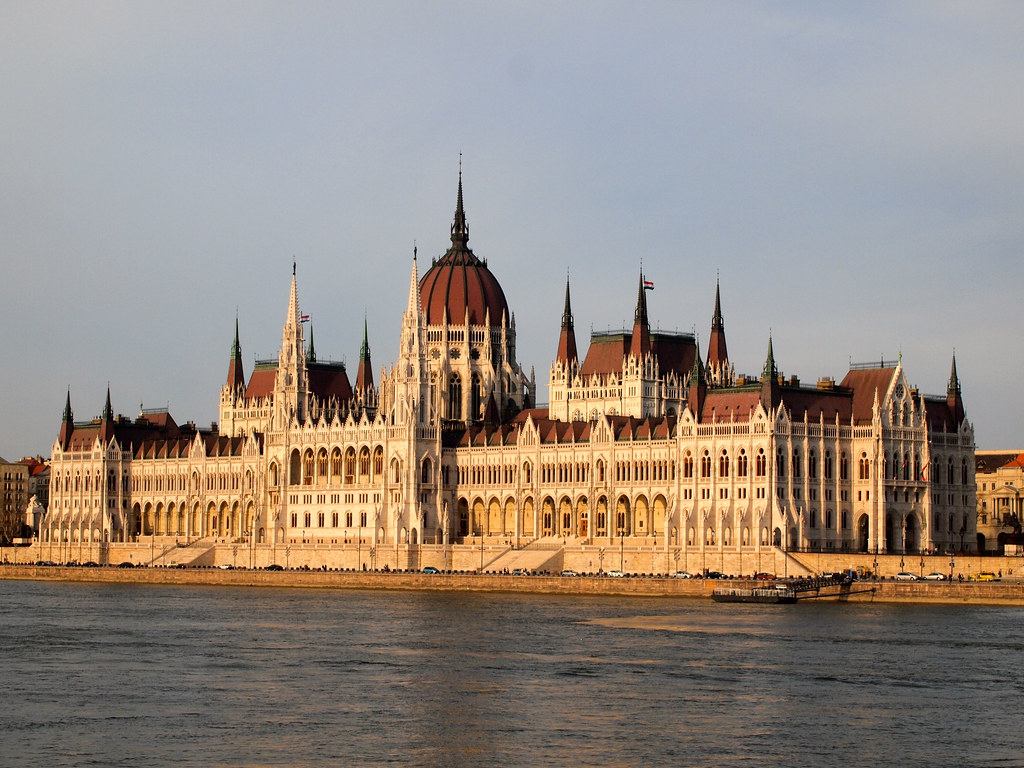 While you're there, also check out the memorial on the bank of the Danube in front of Parliament. Sets of broze shoes sit here as a memorial to the Jews who were killed by fascist militiamen in Budapest during WWII. The memorial isn't flashy, but it's definitely moving. The people who were killed here were ordered to take off their shoes and were then shot at the edge of the water so that their bodies would be carried away by the Danube. 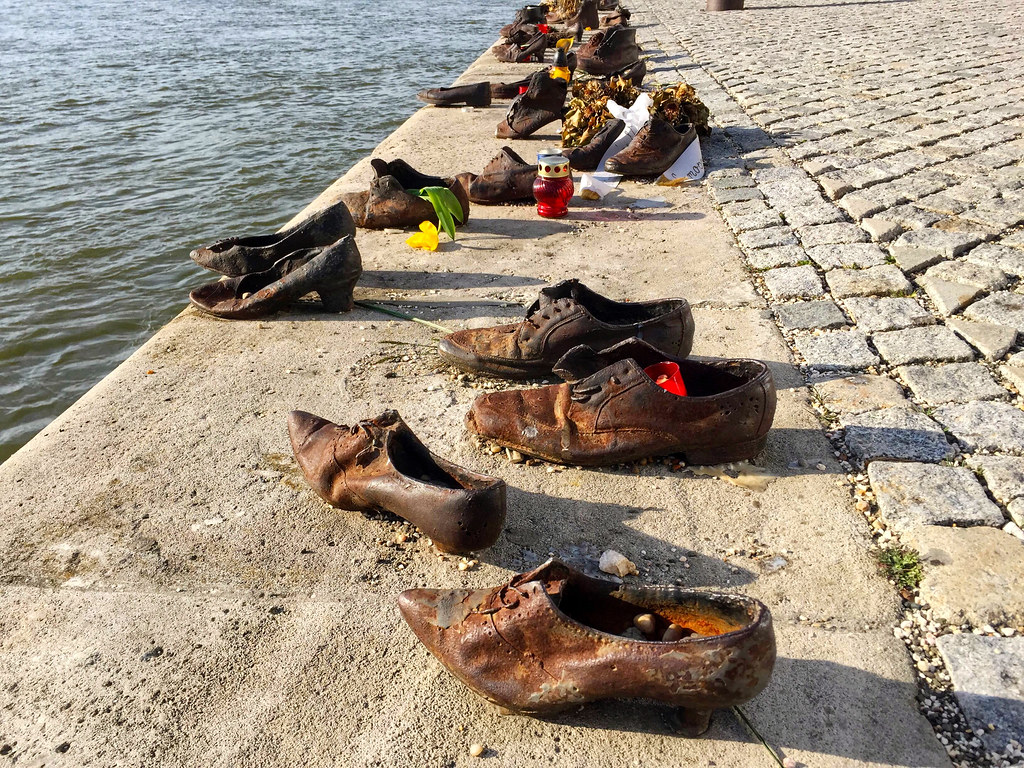 I'm not really much for partying (in fact, if you know me, you know that I barely even drink), but Budapest has a very unique type of bar culture that's well worth checking out — ruin bars. At the turn of the millennium, these new pubs began popping up all over Budapest. They are located in run-down buildings and unused outdoor spaces that have been transformed into funky places where you can drink really cheaply. 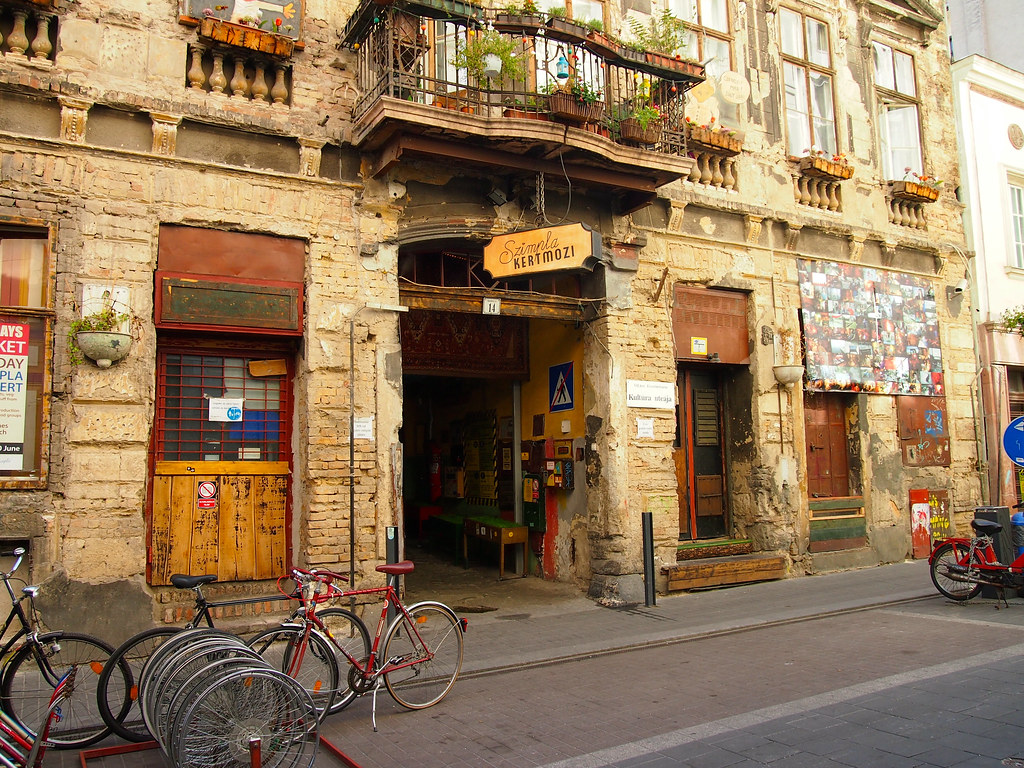 One of the most famous ruin bars in the city is the very first one, Szimpla Kert, found today in Budapest's Jewish Quarter. Inside, the bar is full of mismatched furniture — you can even have a drink inside half of an old Trabant car.

The Danube at night

Lastly, no trip to Budapest would be complete without a cruise along the Danube after dark. Various companies offer after-dark cruises, and some even include dinner. Whatever your budget, make sure to book one. All of the buildings along the river and all the bridges crossing it are illuminated at night, making for a pretty spectacular sight. 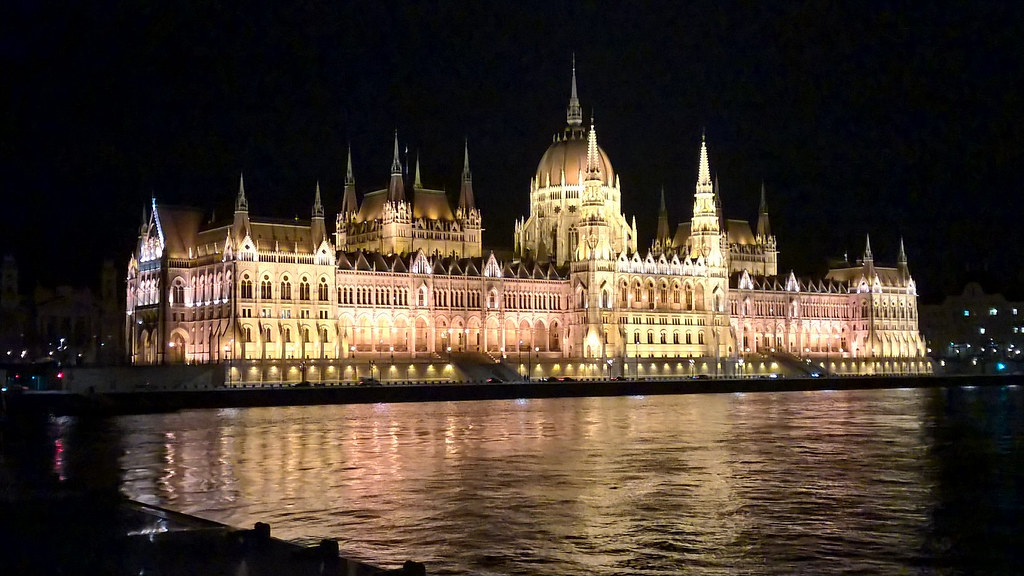 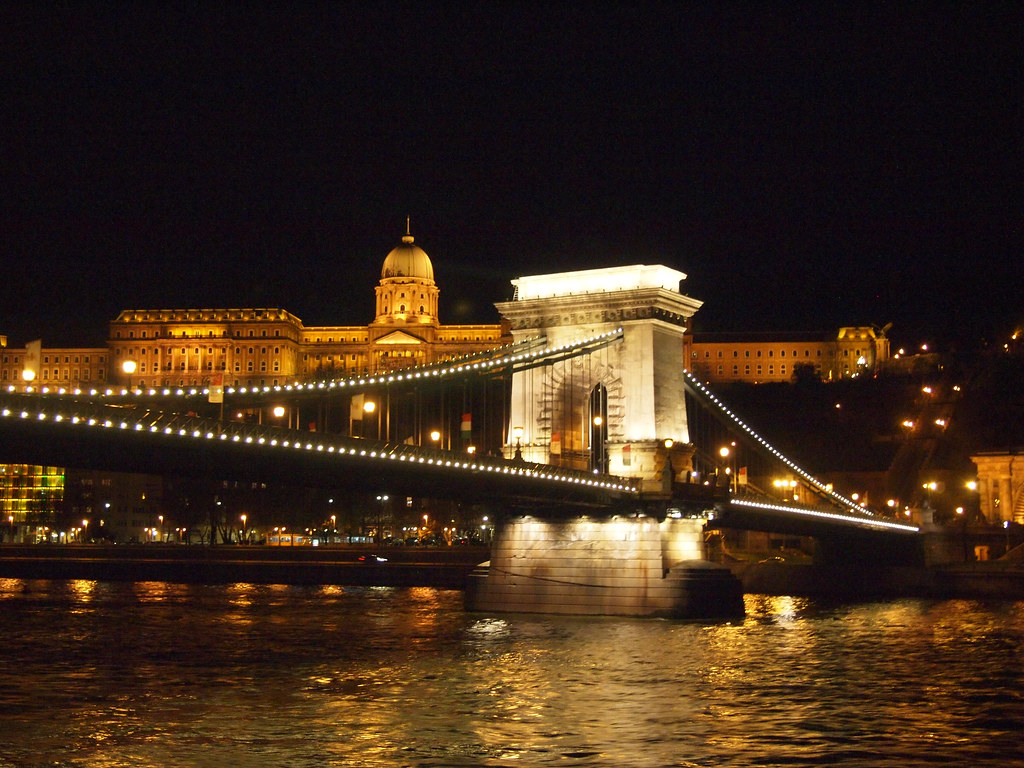 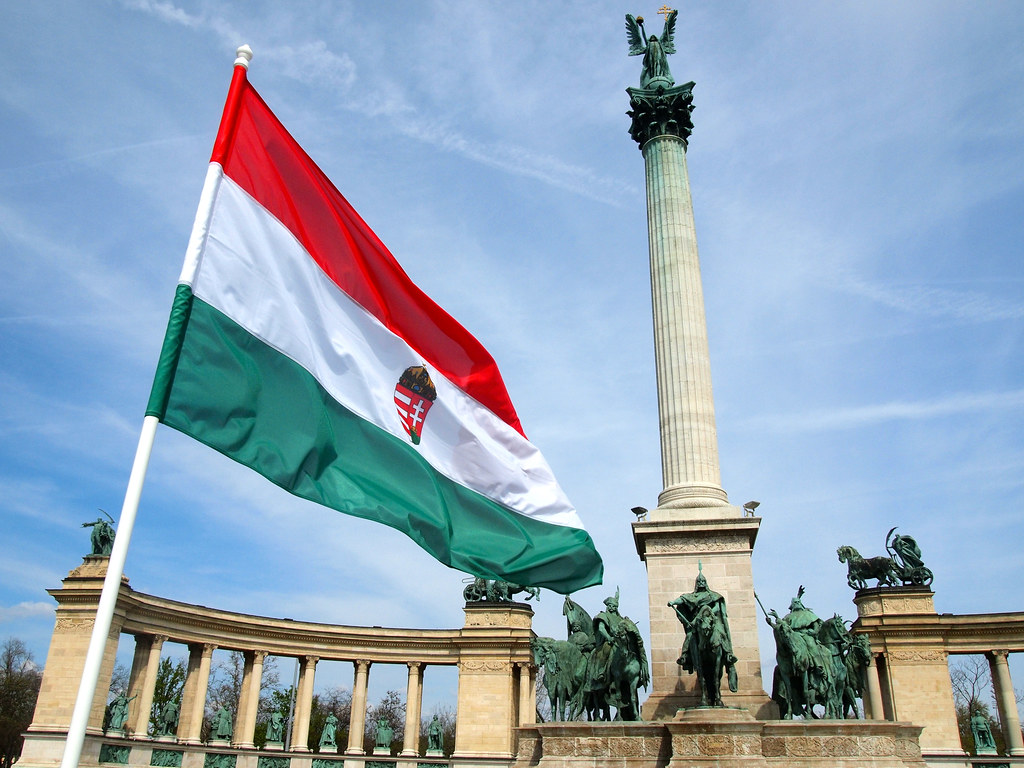 You can also check out some of the great tours offered in Budapest by Urban Adventures, like:

Where to stay in Budapest

There are a lot of accommodation options in Budapest – many of which are ideally located and place you right in the middle of all the action. You could splash out on the Sofitel at the Chain Bridge, or book something more budget-friendly like the Medosz Hotel off Andrássy Avenue.

You can also compare hotel prices in Budapest here.


Have you been to Budapest? What else would you recommend doing there? 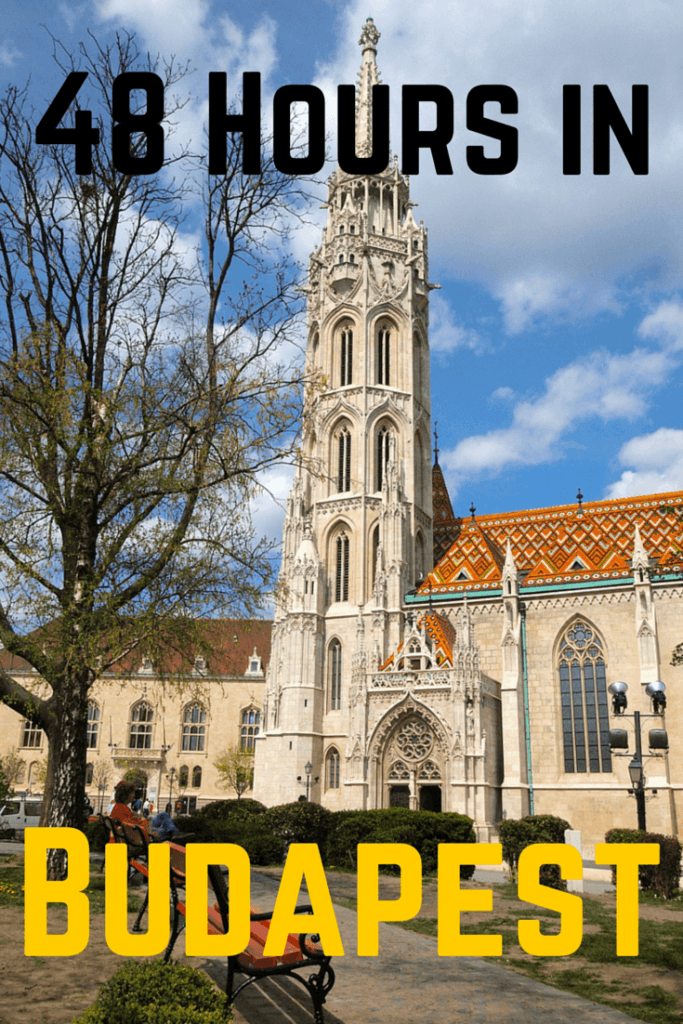