Up Close and Personal with New Zealand Fur Seals

Have you ever been up close and personal with a seal or sea lion?

If you ask me, they are at the same time adorable and slightly terrifying. They are big and bulky and walk funny on land, and yet they are sleek and fast and graceful in the water. In the past, I've been perfectly content to watch them from afar — to look down on seal colonies from a safe vantage point, or to watch them glide through the water from safely inside a boat.

But that all changed on my most recent trip to New Zealand. 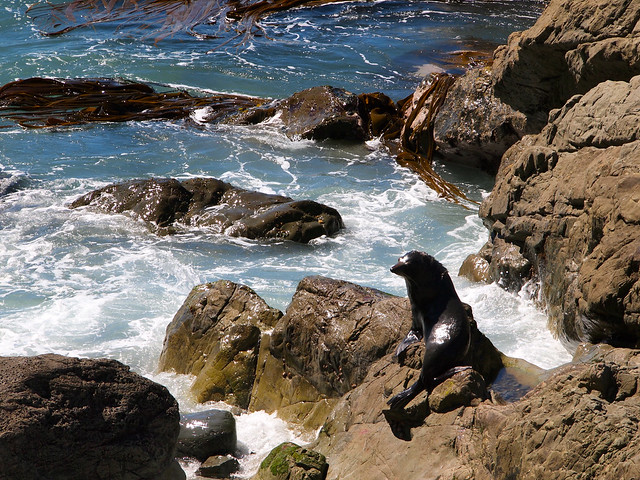 My first up-close encounter came just north of Kaikoura at Ohau Stream. Here, a 10-minute walk through a forest leads you to a small waterfall. From May to October, hundreds of fur seal pups hang out here, splashing and playing in the waterfall and learning to swim while their mothers hunt and bring them food. Once they get bigger, they swim down the river and out to sea.

Since I was there in November, the waterfall was no longer teeming with baby seals — but there were still a few stragglers splashing around! 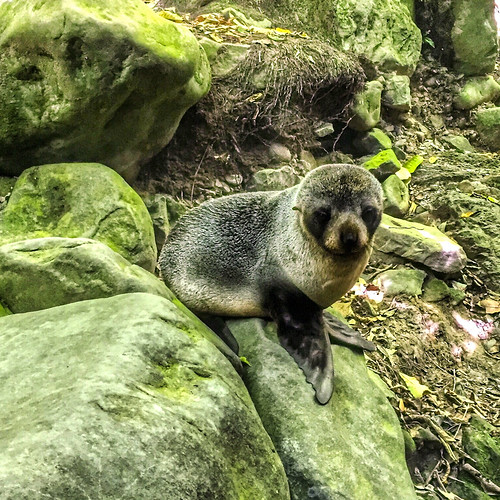 Kaikoura itself is home to a fairly large population of fur seals. They hang out in the shallow water and on the rocks all along the Kaikoura Peninsula. Hike there at low tide, and you'll find dozens of them drying out on the rocks. 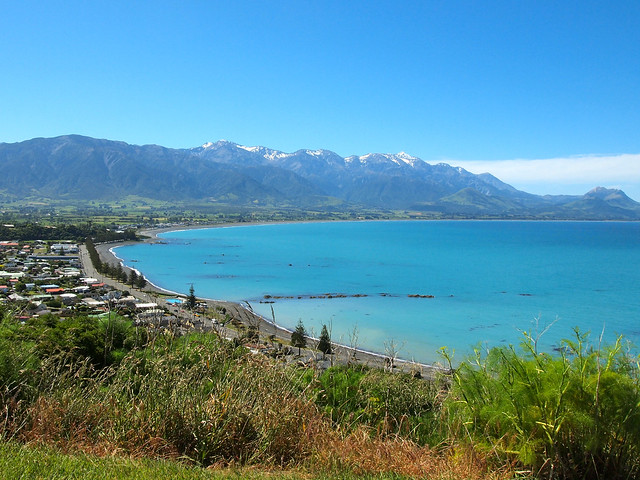 But seeing the seals on land wasn't enough for me — I wanted to see them in the water, too. Luckily for me, a company exists in Kaikoura that takes you out to SWIM with the seals.

Seal Swim Kaikoura has been operating in this coastal town since 1987. The family-run business takes small groups of swimmers out each day to get up close to the local fur seals.

I booked this tour for the day after my dolphin swimming tour with Dolphin Encounter, and so I of course found myself comparing the two.

Whereas the dolphin swimming group was quite large (two swanky boats full of 16 swimmers plus quite a few spectators each), the Seal Swim experience was much more intimate. About 10 of us climbed into a small motorboat with a guide and a boat captain and went bumping through the waves to the seal colony.

It took us maybe 15 minutes to get to the seal colony, and about as long for our guide to find a suitable spot for our first swim. 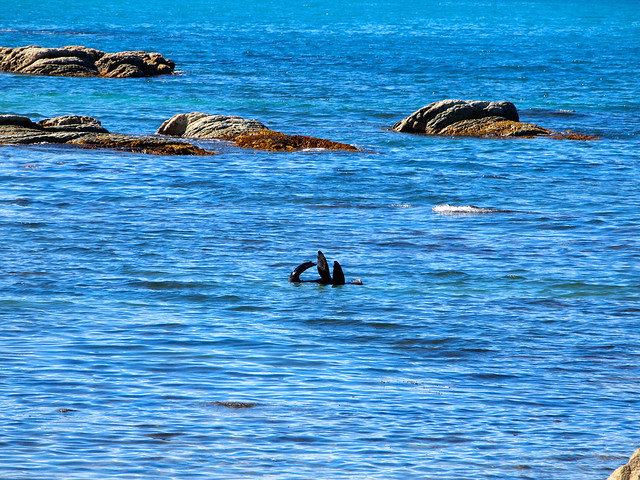 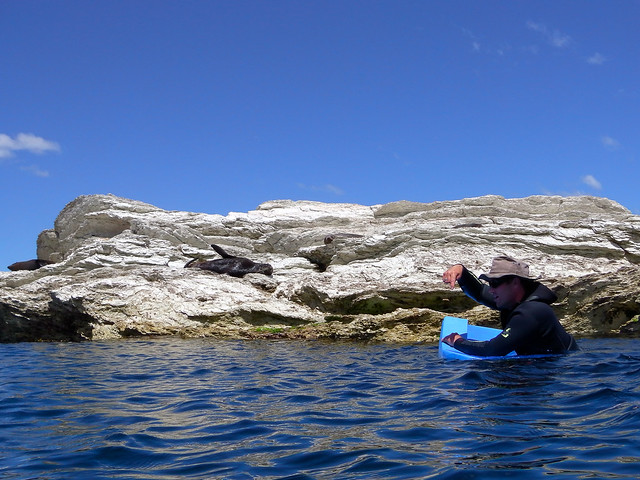 Unlike with the dolphin swimming (where you have to get in and out of the water quickly since the pods can swim by super fast), the seal swim was relaxed and slow-paced. We slid into the water and waited patiently for one of the seemingly-lazy seals to slip in nearby.

Then, we were instructed to just float. 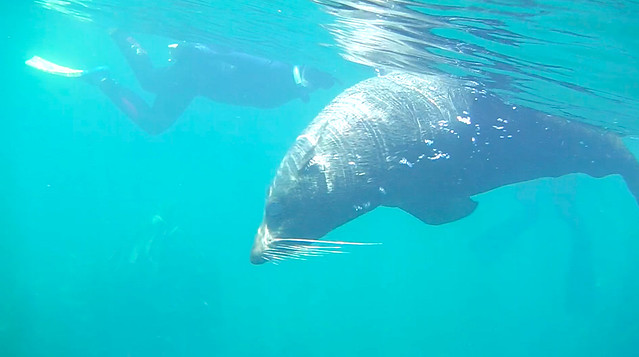 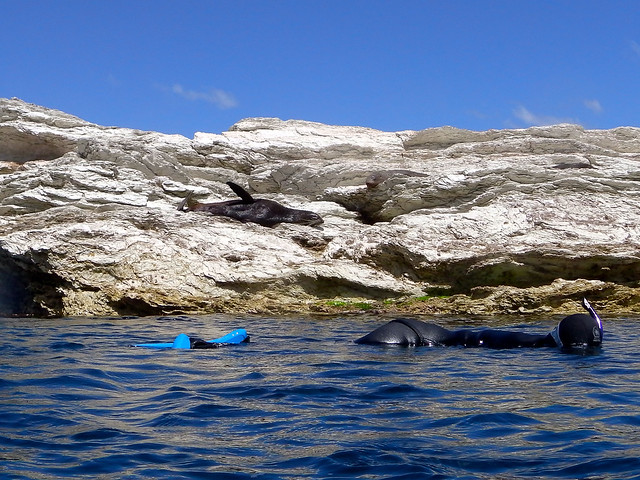 If the seals swam close to us, that was fine — and many did. But we were told not to swim after them, and not to ever get between them and the rocks, as that would stress them out. And nobody wants stressed-out seals. 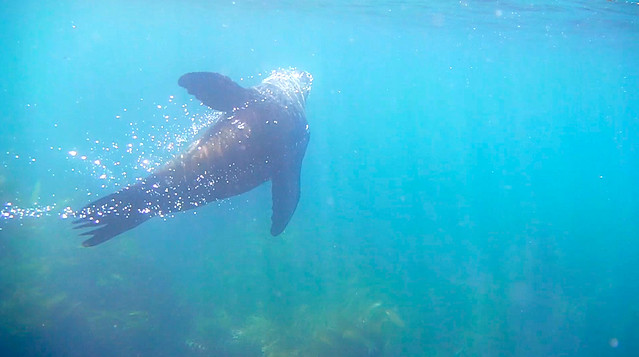 Just as I had been impressed by how conscious Dolphin Encounter was about their impact on both the environment and the dolphins, Seal Swim was similarly concerned about our interactions with the fur seals. These animals were once hunted nearly to extinction in New Zealand, and now they (like most wildlife in the country) are protected. We only attempted to float near seals that were relaxed and not bothered by our presence — “We want them to feel like you're just a part of their natural environment,” we were told.

This meant that any interaction was left completely up to the seals — curious ones would swim under us, looking up at us with big eyes. Others would twirl lazily past, completely ignoring us. 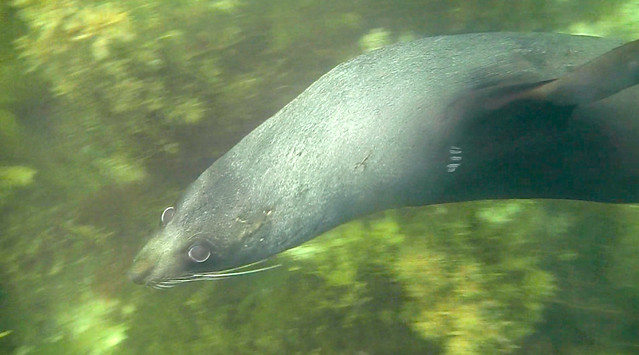 Needless to say, the experience was incredibly unique! 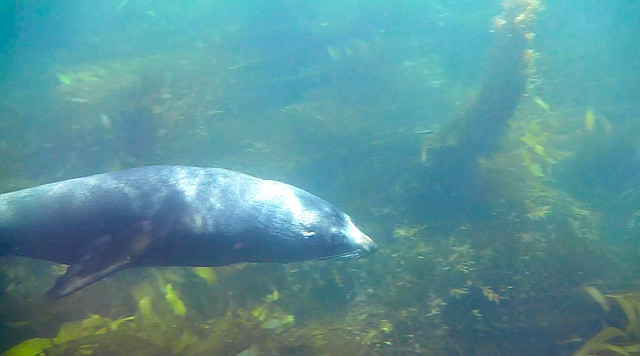 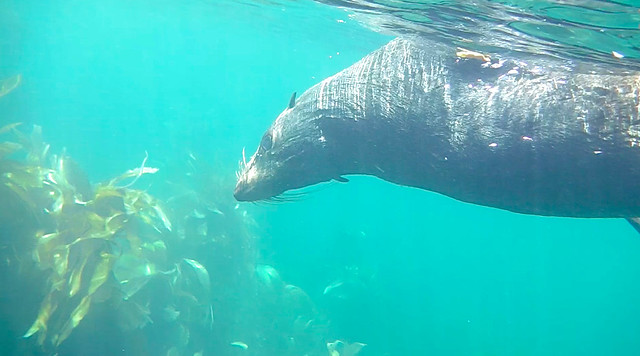 It's difficult to say which swim I liked better, the dolphins or the seals. Both were SO different! In my opinion, you should do what I did and just do both!

When: October-May, up to 4 times daily

What's included: A thick wetsuit to keep you warm (including booties and a hood), flippers, mask and snorkel, and a warm water hose on the boat if you get chilly.

Will we see other animals too? Tour operators in Kaikoura that interact with marine life are given very strict licenses — Seal Swim ONLY has a license to look for and swim with seals, so don't expect to go looking for whales or to jump in the water with dolphins on this tour.[/dropshadowbox] 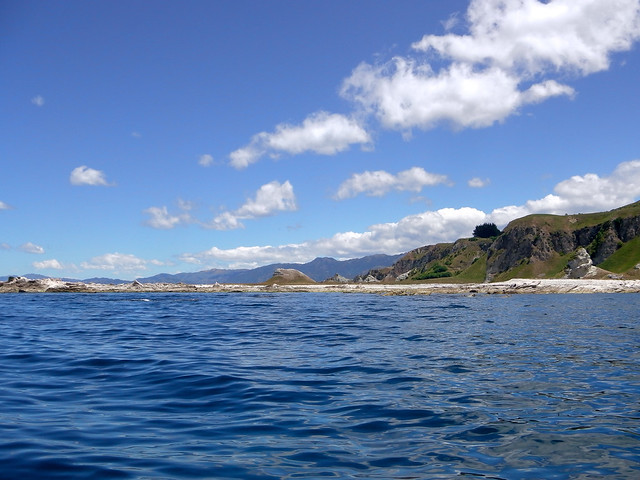 Would YOU want to swim with seals in New Zealand?