I've been saying for the past few years that river cruising is probably one of the best ways to travel in Europe if you want to see a lot in a short amount of time. River cruises allow you to get a taste of a region without all the hassle of planning out all the details on your own.

But every time I bring this up as an option, I have people skeptically ask me whether a river cruise is really right for them.

And it's true that most river cruise lines market to Baby Boomers and retirees with disposable income. BUT, I always point out that it's only a matter of time before Gen Xers and Millennials become the market for river cruises because of the ways our travel styles are evolving.

Recent studies have shown that Millennials are traveling differently than many people would have expected; we want to spend money on memorable experiences and traveling, but we don't always have the time to plan out our bucket list trips on our own.

Which is why I think it's super smart that river cruise line Avalon Waterways is starting to offer cruises that appeal more to this generation.

Note: This post was brought to you as a result of a paid project between myself, Avalon Waterways and iambassador. As always, all opinions are completely my own.

Not long ago, Avalon Waterways decided to bring a totally new type of cruise to the market: the “Active & Discovery” cruise, which would focus more on active excursions and tours that offered opportunities for deeper cultural immersion.

Instead of the standard walking and bus tours in the “usual” river cruise ports, Avalon began pushing the envelope, developing different types of tours in destinations that weren't always on the usual cruise routes.

What resulted was a type of cruise with more interesting tour options that has been appealing to a different type of river cruiser.

I sailed on Avalon's “Active & Discovery on the Danube” itinerary in June, and was pleasantly surprised to find all sorts of people onboard with me. There was the multigenerational group of sisters and aunts; the family with teenagers; the couple on their very first trip to Europe; and so many more.

Signs an active river cruise is right for you

1. You want to be active on vacation

Duh! Obviously the number one reason that an active river cruise might be a great choice for you is if you want to keep moving, even on holiday. Cruises are often stereotyped by visions of buffet lines and lounging by the pool, but they don't have to be.

On an active river cruise with Avalon Waterways, you'll have a chance every day to get your heart pumping. The Danube cruise I went on had 4 bike tours, 2 hiking tours, 2 canoe trips, and even a running tour offered throughout the week. Additionally, the ship had 16 bikes of its own onboard you could take out at any time, as well as daily yoga and other fitness classes lead by the ship's Adventure Host.

I will say that even after a week of multi-course meals and far too many afternoon tea (read: cookie) breaks, I didn't gain a single pound while on this cruise!

2. “Relaxed luxury” sounds good to you

Avalon Waterways doesn't really market itself as a “luxury” product, even though its ships and service sure seem luxurious. They purposely don't use “the L word” because there's nothing stuffy or inaccessible about a cruise on an Avalon ship.

Instead, the phrase the cruise line has been using to describe what it offers is “relaxed luxury.” So yes, someone will be there to pour your wine and make up your bed every day, but you can also wander around the ship in flip-flops and go out for a sweaty hike in the afternoon and not feel weird about it.

If this sounds like your sort of atmosphere, then Avalon might be the river cruise line for you.

3. You want the big picture taken care of for you

Many of my Millennial friends often tell me that they feel like they might travel more if they had time to actually *plan* a trip. In an era where time is money and none of us ever seem to have enough of either, it can be overwhelming to sit down to start planning a trip from scratch – especially if you don't do it very often.

The good thing about a river cruise is that everything is more or less planned for you once you book. Your meals and accommodation are covered; you don't have to worry about getting from Point A to Point B since you just sail there; someone can even help you book flights, and will pick you up from the airport.

The only thing you really have to agonize over with a river cruise is which excursions to sign up for. On Avalon, there are a lot to choose from – sometimes up to 5 different tours every day! – but each style (Active, Discovery, and Classic) is slightly different, meaning you can mix and match depending on your interests.

A river cruise is probably one of the most stress-free ways you can travel in Europe. Instead of worrying about flight routes and public transport and where you're going to have dinner, you can fully immerse yourself in the excursions and spend the rest of your time relaxing on the ship.

4. You want to see a different side of Europe

Along with the active excursions, I liked my cruise with Avalon because we didn't go to all the same places that the other river cruise lines go. Yes, we started in Budapest and stopped in Vienna (both very popular cruise ports), but we also stopped in smaller towns where we were usually the only boat docked.

Avalon Waterways is dedicated to sustainable tourism from a development perspective, too. They want to work with smaller local communities to develop new tours and excursions to share with their guests – meaning you get to do some things on an Avalon cruise that you won't do on any others.

Some cool off-the-beaten-track places we visited on my cruise included castle ruins in Visegrad, Hungary; an old theater in Grein, Austria; the tiny town of Engelhartszell, Austria, and more.

We took tours with local guides who spoke about what it was like to live in a trendy Vienna neighborhood, grow up in Budapest during its Soviet days, and run businesses in small Danube-side towns.

So even though this is labeled as an “active” cruise, there's also a lot of meaningful cultural exchange on offer for those interested in learning about Europe beyond the main tourist sites.

5. You want to travel with family or friends

Of all the river cruise lines I've traveled with, I think Avalon Waterways – and specifically these new Active & Discovery itineraries – is best suited to families. And, indeed, there were several families onboard my sailing, including some with teenagers and a couple with younger kids (kids 8 and up are welcome on Avalon).

There were other multi-generational groups of family and friends, too, who would often do different things during the day and then meet up again at mealtimes.

Everything about the way Avalon structures its cruises makes this “choose your own adventure” style of travel possible. Every day there are multiple excursion options, multiple ways and places to eat meals, and a knowledgable staff to help you decide what everyone should do.

This isn't to say that a river cruise like this isn't suitable for couples – it totally is! (In fact, Avalon sets its dining rooms up to very couple-friendly with plenty of 2-seater tables.) But it's also a great option for families or groups who want a trip that will suit everyone.

6. You don't want to take the same cruise that everyone else does

Lastly, if you're like me and want to travel a little bit differently than all of your friends, an Active & Discovery river cruise could be just the way to do that.

You might have friends who have been to Budapest or Vienna, but did they visit Memento Park in an old Trabant, or shape hand-rolls in a baking class? Did they hike to an ancient castle or ride a portion of the Danube Cycle Path? Did they kayak on the Danube or taste beer made by the only Trappist monks in Austria?

Chances are they probably didn't, which is just one more way that Avalon's cruises stand out from the other options out there.

Even though I've been on river cruises before, and even though I've visited some of the cities we stopped in on previous trips in Europe, everything I did on my cruise with Avalon Waterways was new to me.

READ NEXT: 6 Highlights from an Active River Cruise with Avalon Waterways

If you've ever thought that a river cruise wasn't really for you, you might want to reconsider. An active river cruise might be the perfect introduction to this style of travel in Europe!

Would you ever consider trying an active river cruise? 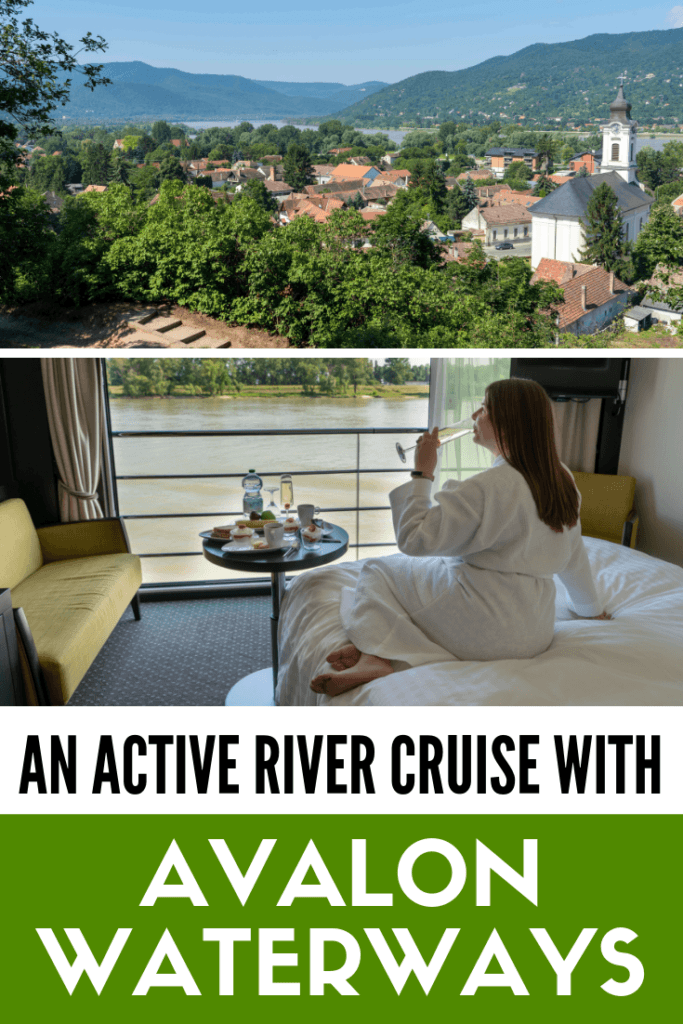