In the age of Facebook and Twitter and the ubiquitous selfie, when we all feel the need to make our lives look more exciting by plastering everything we do and see across social media, I have begun to notice a disturbing trend while traveling the world.

A trend that leans toward the ignorant, the insensitive, and the downright disrespectful.

We've all seen THAT tourist. The one throwing up a peace sign at a war memorial. The one grinning at a burial ground. The one taking “jumping” shots in a place where people suffered. The one snapping selfies at a concentration camp. 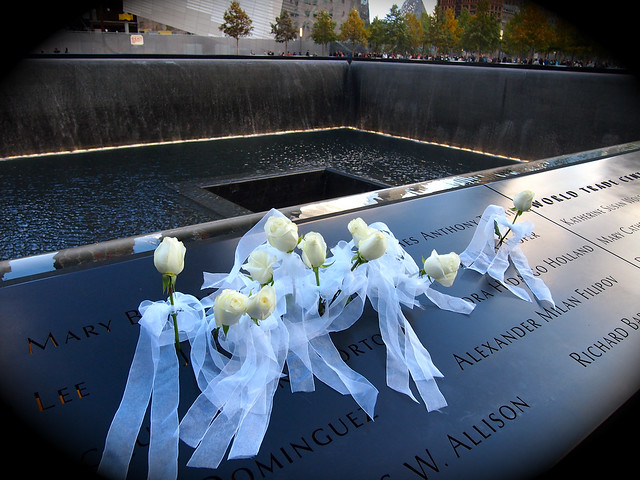 Yeah, you've probably seen them, too. And maybe you felt a special type of rage towards them like I did.

JUST because you have a smartphone and a killer smile does NOT mean it's okay to to take grinning selfies in the following situations while traveling:

When you are at a memorial honoring the dead

War memorials, disaster memorials, memorials to people who suffered… these are not the places for grinning or goofy selfies. These are places where people — often people who knew or are related to the victims — go to pay their respects; to remember and honor those who died. You may not have the same connections to these people, but you should keep in mind that others around you do.

Where I've seen it: I spent 5 days in Berlin last summer, and found myself at the Memorial to the Murdered Jews of Europe on more than one occasion. If you've never seen the memorial before, it's basically a city block covered in what look like stone boxes set at different heights. It's meant to be abstract — but it's NOT meant to be treated as a jungle gym. I saw so many people leaping across the pillars, posing on top of them, and even playing tag in between them. Don't do this, people. Visit the free Holocaust museum underneath this memorial, and you'll realize that this is not the place for goofing off. 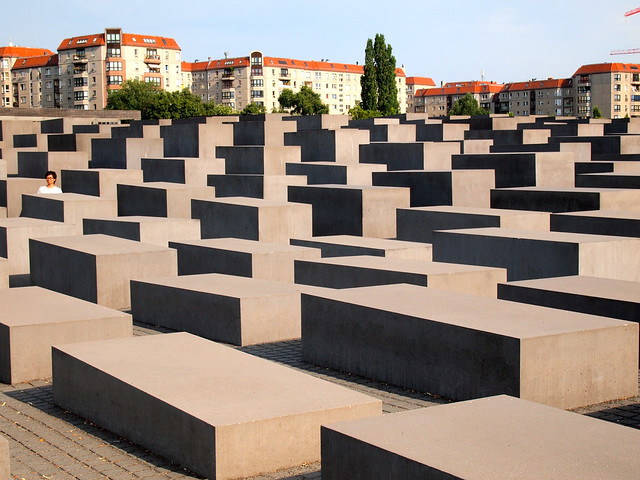 When you are at a place where people actually died

I feel like this should be a given. If you are visiting a place where people lost their lives in some sort of horrific fashion, it's not the place to snap a duck-faced selfie. Period. Show some respect. If you're not interested in learning about what happened at said place, at least pretend like you are. Or just don't go in the first place.

Where I've seen it: I'll never forget going to the 9/11 Memorial for the first time in New York City. I went on a tour led by 2 people who were there that day — both of whom had been in one of the World Trade Center towers and managed to get out before they collapsed. Their stories moved me to tears. And then I turned around to see tourists posing with big smiles and peace signs in front of the memorial fountains — fountains that are covered with the names of the victims who died on that very spot. Noooot really the place.

And then of course there's the girl who's proud of her Auschwitz selfie. I just… I can't even add commentary on that one.

When you are disrespecting the locals

First of all, you should probably be respecting the local people in the places you're visiting. After all, YOU'RE the outsider here. But, if you're not going to respect them, at least don't take photos of yourself mocking them, their homes, or their way of life. Don't take a photo of (or with) someone that you wouldn't want someone to take of (or with) you.

“Acting like a douchebag” can cover a lot. I realize this. But I'm sure you know what I mean — we don't need any more selfies of you drunk off your face in public, posing with something inappropriate, defacing something ancient, etc. If you insist on BEING a douchebag, fine. But there's no reason for you to put evidence of it up on Instagram. 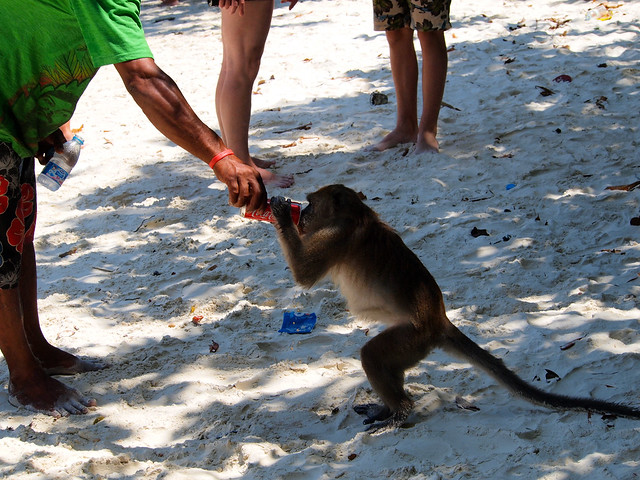 Where I've seen it: The worst was probably people snapping selfies while feeding bags of potato chips and cans of Coca Cola to monkeys in Thailand. First of all, please DO NOT FEED WILD ANIMALS in the first place — and especially don't feed them crappy human food. I wanted to slap each and every one of these people.

And I'm sure you've all heard the stories of people taking photos of them doing illegal things on their travels (how stupid). Or how about all those dumbasses trying to snap selfies at the Tour de France and getting in the way of the riders? BAD TOURISTS, BAD.

When something bad is actually happening

Lastly, if you find yourself in a situation where something bad is happening right at that very moment, for the love of God don't think about the best angle for your epic selfie. Put aside your vanity and either get the hell out of there, or figure out what you can do to help. “Citizen journalists” ARE a thing. But these people report the news — they don't snap MySpace-style selfies when people are getting hurt in the background.

Where I've seen it: I thankfully haven't witnessed this in person — yet. But I'm sure it's only a matter of time.

For more awful selfies, check out the Selfies at Serious Places Tumblr account. What a world we live in.

Can you think of any other instances when it's NOT OK to snap a travel selfie?