How to Spend 2 Days in Denver, Colorado

Denver, Colorado, is quite basically in my blood. My dad lived in the Mile High City for about a year before moving back to Ohio and meeting my mom (maybe that's where my mountain obsession came from?). I've been to Denver twice in the past, but I never stayed for more than a few hours — I was always just passing through on the way to or from the Rocky Mountains.

So for my third trip to Denver, I vowed that I would actually stay in the city for an entire weekend. 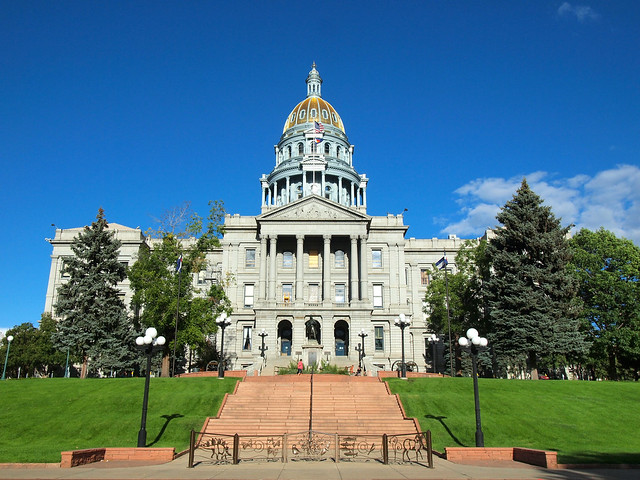 Denver, as it turns out, is a way cooler city than I ever gave it credit for in the past. With great food, more micro/craft breweries than you can shake a stick at, and a location right at the base of the Rockies, Denver is a great destination for a long weekend within the U.S.

Denver is great for a long weekend getaway — it's within a 2-3 hour flight from just about anywhere in the country, and there's plenty to do here for 2 or 3 days.

Sit one mile above sea level

The Colorado State Capitol building sits in downtown Denver on Colfax Avenue, at one end of Civic Center Park. The building itself — with its big gold dome — is pretty, but the touristy moment comes when you climb the stairs and see the text denoting when you are exactly one mile above sea level. Kitschy? Yes. But you still kinda have to take the photo. 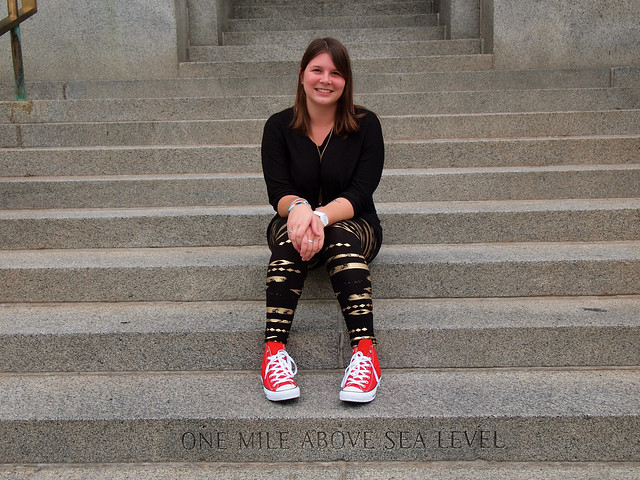 Denver is quite well known for its beer. You can visit the Coors brewery here (one of the biggest breweries in the world), but it's the city's craft brews that really steal the show. Head to Breckenridge Brewery for a beer, a brewery tour (on Saturdays) AND some delicious barbecue. The Great Divide Brewing Co. is another good choice in downtown Denver for some craft brews and a look behind the scenes. You can also head over to to Wyncoop, which was co-founded by one of Denver's former mayors. 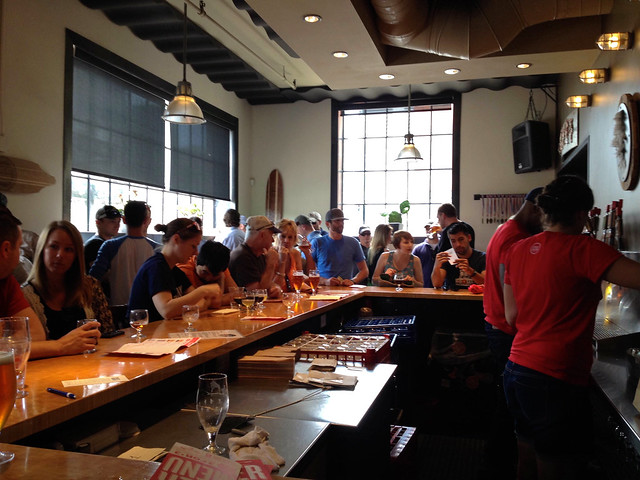 If you want to venture out of downtown, New Belgium — now one of the largest microbreweries in the world — can be found in Fort Collins.

Elliot, my travel partner in crime on this trip, did all my beer tasting for me (terrible job, I know), and reports that both Breckenridge and Great Divide have some delicious brews. 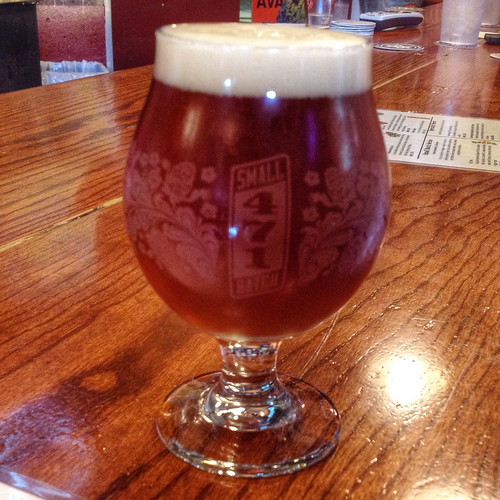 Check out the Denver Botanic Gardens

The botanic gardens came highly recommended in Denver, and the fact that there's a Dale Chihuly exhibit ongoing there at the moment solidified a visit for me. The gardens themselves are beautiful and varied — and mostly outdoors, which I liked. 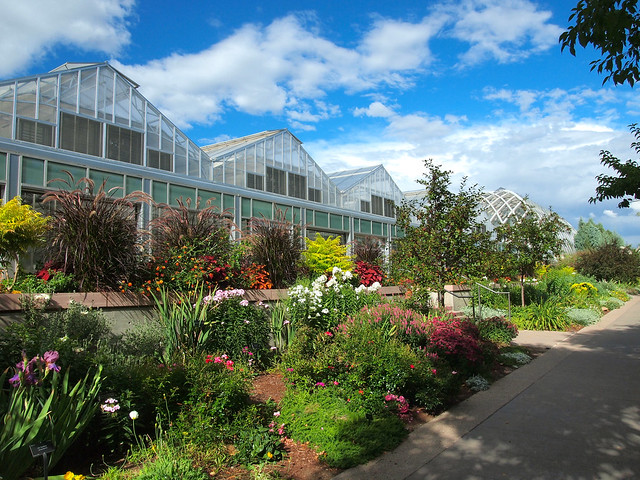 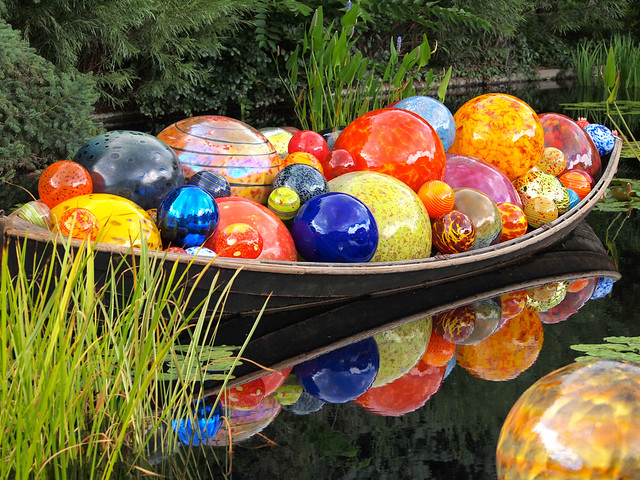 The 16th Street Mall is a mostly pedestrian-only zone in downtown Denver. The Mall is lined with shopping, restaurants, and usually a handful of food trucks. It's a great place for an afternoon stroll — or you can catch the free shuttle that runs repeatedly from the top of the street near Civic Center Park all the way to Union Station. It stops at every intersection. 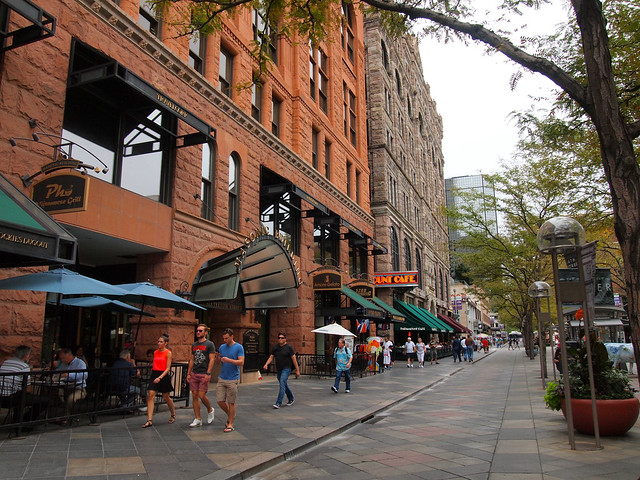 Feeling a bit peckish? Denver really has food to fit ALL tastes and budgets.

Bistro Vendome — If you're looking for something a bit upscale, head to Bistro Vendome in Larimer Square. Fresh, French-inspired cuisine is what you'll find here — and it's delicious. After dinner, head over to nearby Champagne bar Corridor 44, or a speakeasy called Green Russell.

The Source — If you love markets AND food, don't skip The Source — it's an artisan food market with about a dozen vendors in Denver's River North neighborhood.

Paramount Cafe — Located on the 16th Street Mall in what used to be the lobby of the historic Paramount Theater, the Paramount Cafe is a sports bar-type restaurant with a nice outdoor patio. I had a DELICIOUS elk burger here. 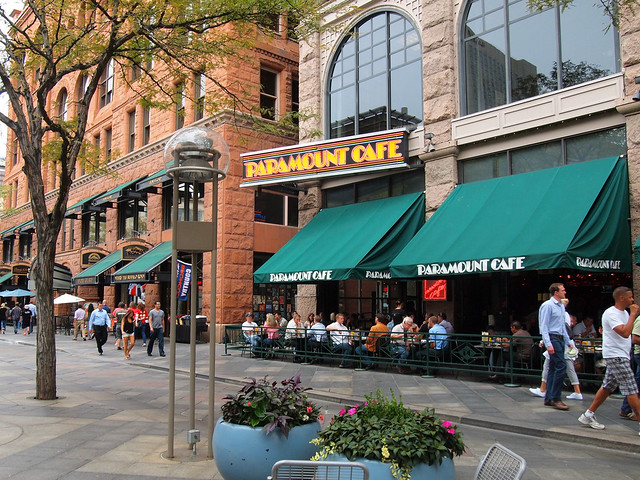 Food trucks — Denver has a budding food truck scene, so keep your eyes peeled for everything from peanut butter and jelly food trucks to soul food trucks. There's a good list of Denver food trucks at Roaming Hunger — I would have loved to try the Biscuit Bus or Waffleganger!

If you're only headed to Denver for a long weekend, you obviously want to stay somewhere convenient (especially if you're not renting a car to drive up into the mountains). I have a great suggestion for you:

This time around in Denver, we called the Hampton Inn & Suites Denver Downtown-Convention Center home. It's about a block away from the Colorado Convention Center (with its giant blue bear), a block from the 16th Street Mall, and within a 10-minute walk of both Civic Center Park and the State Capitol, as well as the Denver Art Museum. Talk about a prime location. 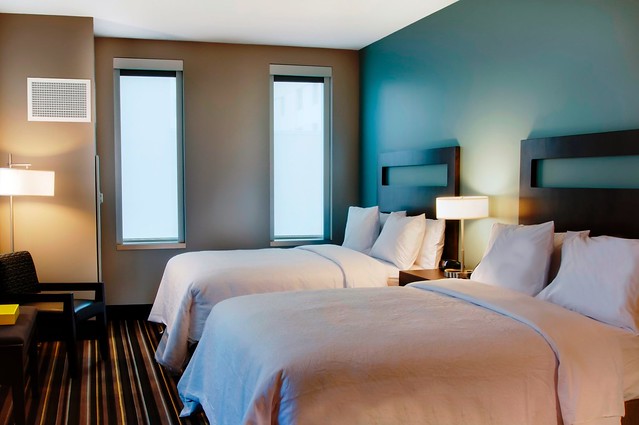 The hotel is a unique one — it shares a historic building with Homewood Suites, and has a definite character about it. There's one-of-a-kind artwork all over the place, and I was kind of obsessed with all the cool carpets (that's not weird, right?). 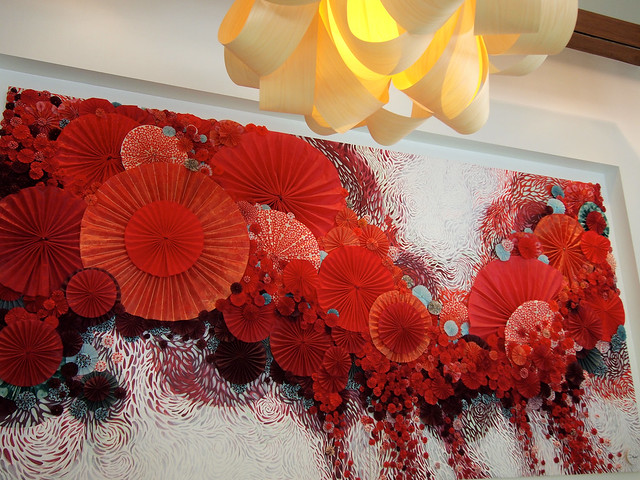 The Hampton's rooms at this property were large, and the beds comfortable. The rooms also come with free hot breakfast, free wifi, and PLENTY of power points and USB charging ports (something I always notice in a hotel).

Elliot and I decided not to rent a car in Denver. Partly because we wanted to see how easy it was to get around the city without one, and partly because I didn't want to be tempted to head up into the Rockies.  The good news? It was totally possible to survive without a car, mostly thanks to our hotel's great location.

We got around using:

Denver has a great cycle sharing program, with more than 84 stations with 700 bikes spread out across the city. It costs $8 for a day pass of bike rental, and you don't get charged any more than that if you have a bike out for 30 minutes or less. With so many drop-off locations around the city, this is totally do-able. 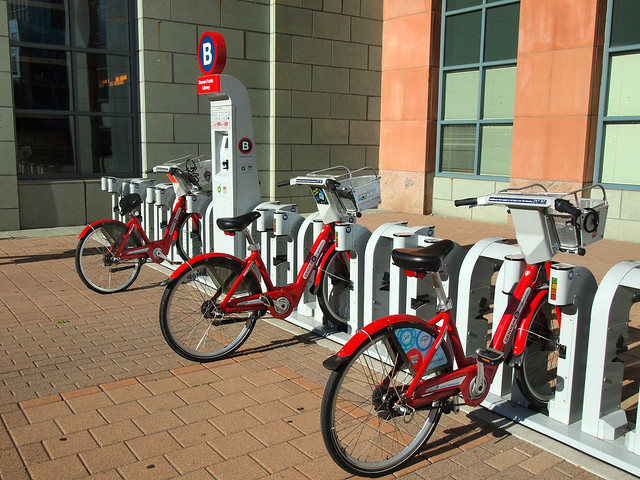 We rented bikes at the Convention Center and rode them the couple miles to the Denver Botanic Gardens. We checked the bikes in there, and then checked them back out again to ride back to our hotel. The ride was easy, and Denver is incredibly bike-friendly — pretty stress-free!

As I mentioned before, there's a free shuttle that runs up and down the 16th Street Mall. This is also a great way to get from Point A to Point B if your destination is relatively close to 16th street.

With Denver being a larger city, it has great options when it comes to rideshares like Uber and Lyft. If you've never tried one of these before, the concept is pretty simple: it's like a taxi, except the drivers are regular people using their own cars. You download an app, and then can “order” a ride wherever you are in the city. I love using services like this for going short distances, since the prices are usually good (and you pay through the app – no cash necessary!) and you get to meet some interesting locals. (And don't worry – it's very safe. The app will even show you a photo of your driver and his/her car before they arrive.) Also, here's a free Lyft credit for new users.

Denver also has a new light rail system you could try, but, overall, it's pretty easy to visit Denver without a car. The downtown is VERY walkable. 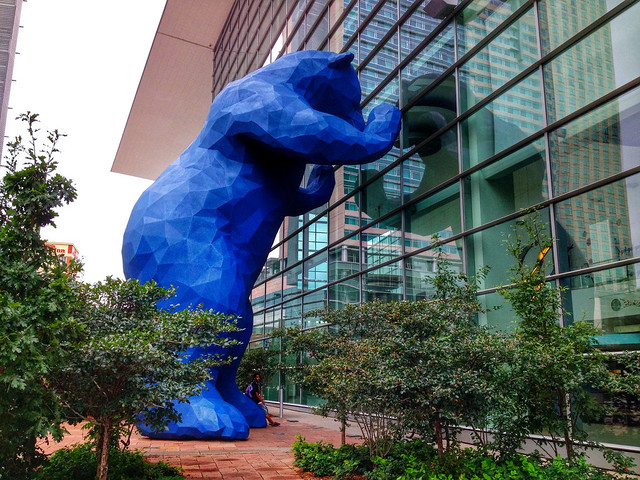 What else would you add to a weekend getaway to Denver? *Note: This weekend getaway was sponsored by Hampton Inn & Suites Denver Downtown-Convention Center, however all opinions are my own.

40 Comments on “How to Spend 2 Days in Denver, Colorado”